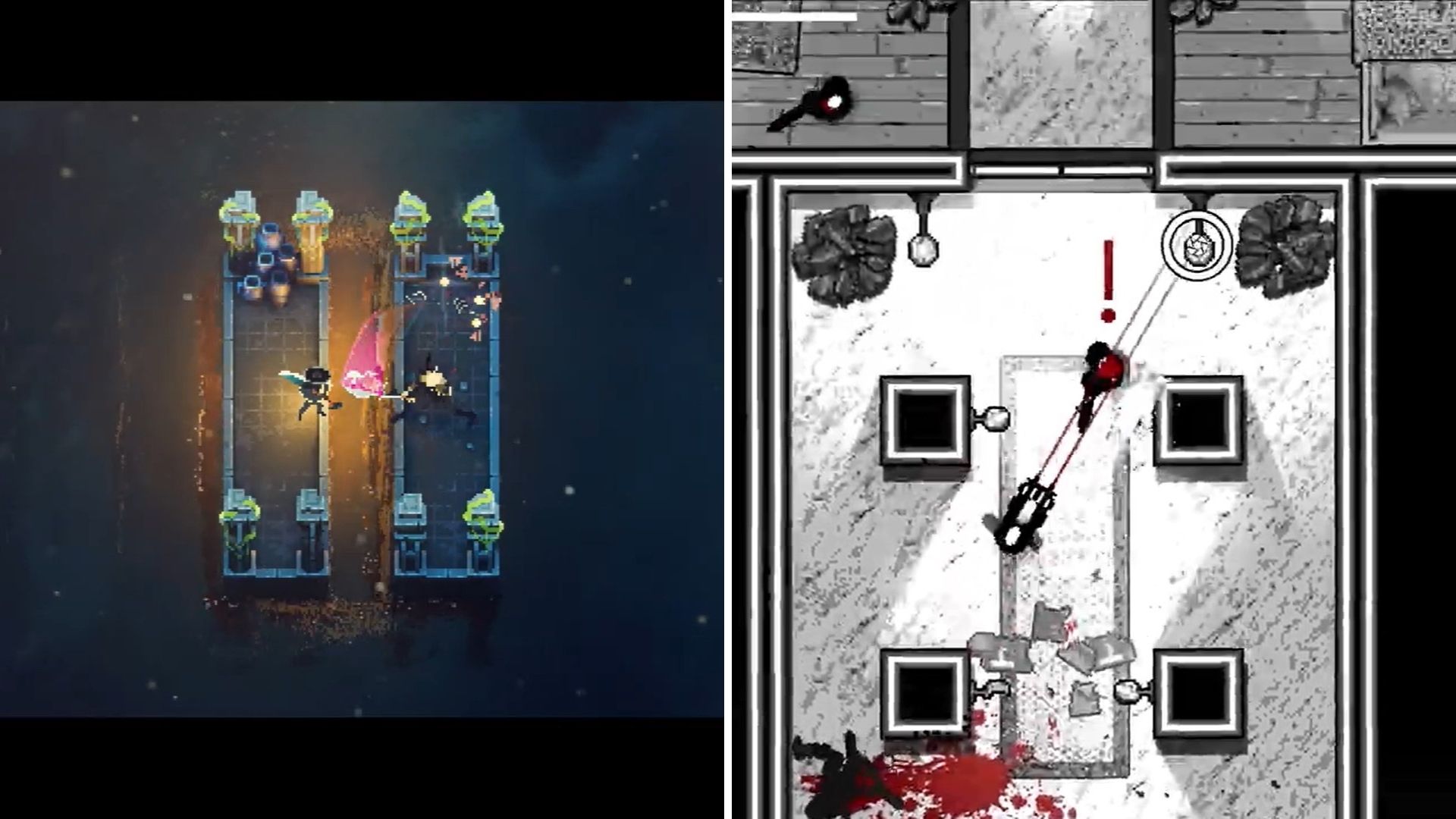 In honesty, Indie titles have been showing off their strut on some interesting highlights these days and this is no exception with both of these two titles being teased such as Loot River by developer straka.studio and publisher SUPERHOT PRESENTS alongside OTXO by developer Lateralis. Both of which are bound to a top-down uniquely driven art style and gameplay that I found pretty amusing.

Explores not only in dungeon crawling action roguelike procedurally generated labyrinths but also explores the combination of both real-time combats with spatial block-shifting as well as a platform puzzler as you fight bestial abominations, loot, explore, level-up, strategize, cast powerful spells, die, and wake up anew.

In the Steam demo, I tried out a bit of the game, and I found it to be pretty entertaining as you can both parry or dodge attacks and move your platform via the right analog stick to take advantage of your opponents.

Loot River is coming to Game Pass, Xbox, and PC with no official release date yet.

Made with support from lovely SUPERHOT PRESENTS.

Transform the world
Set in a series of procedurally generated labyrinths, Loot River is a dungeon-crawling action roguelike that combines tense, real-time combat and dark fantasy settings with spatial block-shifting.

Defeat bestial abominations
Armed with the power of the Relic, players can shift the ground beneath them, sliding floating ruins together in a series of tile puzzles. As players venture through these endless catacombs, they’ll encounter beasts, lost travelers, and bosses. In these cosmic grottos, you can discover new weapons and gear, as well as unearth unholy knowledge for permanent upgrades.

A top-down shooter that is brutally fast, bloody violent rogue-lite, filled with precise but savage gunplay and time-bending slow motion.

OTXO is a violent top-down shooter rogue-lite about entering an inexplicable mansion in search of your lost love. Face your inner demons and annihilate them with a massive variety of guns. Utilize Focus to dodge bullets while you kick down doors and eviscerate your enemies. Discover new allies that can aid you, as well as secrets that reveal more about the Mansion’s chronicle, as you navigate various unique areas.

You don’t remember coming here… but you remember why. She’s in there somewhere, and until you find her, you cannot leave.