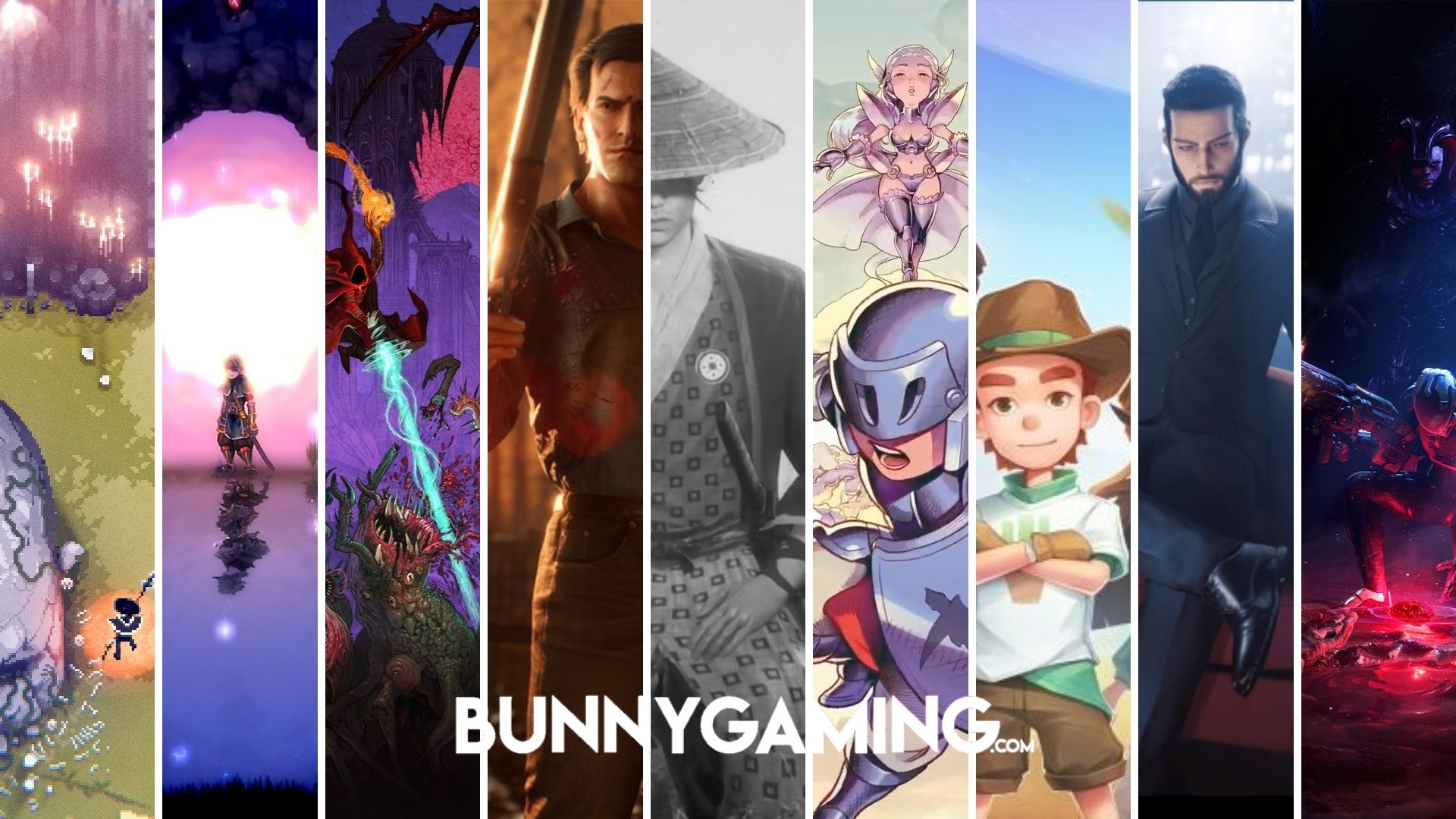 I’ve just realized that the month of May had arrived suddenly in the blink of an eye just like the Moon Knight series and with it, tantalizing game titles. Tantalizing in the sense that the games we thought would be most interesting releasing this time around and hopefully meet or exceed our expectations. This month is a turn of the tide month as most of these titles are indies by many independent developers — a moment that is unintentionally considered the “indie’s month.” There are quite a number of interesting mixes of adventure, 2D side-scrolling action, and more. Here are the games we can’t wait to sink our teeth into in May 2022.

When puzzle gameplay elements of Tetris meet with a roguelike action-oriented dungeon-crawling, it is definitely an interesting concept and I, for one, am interested to see how the end product turns out as Loot River arrives on PC and Xbox, via Xbox Game Pass, on May 3rd as announced by developer straka.studio.

Game features as shared on Steam

Thunderful & Carry Castle’s side-scrolling rogue-lite action-RPG title Source of Madness is heading to PS4, PS5, Xbox One, Xbox Series X|S, and Nintendo Switch on May 11th, as well as the Pc’s Steam version at full launch, after its successful run in Early Access. Set in a colour-filled twisted Lovecraftian-inspired world with ever-changing landscapes to explore with up to billions of permutations of procedurally generated and new monstrosities to face on every run. Fortunately, there are a wide variety of spells to choose from, whether it be from the main five classes, upgradeable skills, equipment, and items to fend yourself with.

Meet my blade in monochrome aesthetics as the cinematic action, Trek to Yomi makes a samurai slashing release on PC, PlayStation 5, PlayStation 4, Xbox Series X|S, and Xbox One platforms, including Game Pass, on May 5th as announced by developer Flying Wild Hog, Leonard Menchiari, and publisher Devolver Digital. As I had a good experience with the Way Of Samurai series, along with Ghost of Tsushima – this is definitely one of the titles to look out for in my book.

Stylish Combat
Engage vicious swordsmen and supernatural beings with a streamlined combat system based on the traditional weapons of the samurai.

Mythic Storytelling
Experience an enthralling story of Hiroki during his fall against the forces of evil and heroic return to make good on his failed promise to save the people he swore to protect.

Thrilling Soundtrack
The thrilling action and somber moments are set against a memorable score designed to feel authentic to the time and place of feudal Japan.

Trek to Yomi is incredibly beautiful, even in the rain.

Ska Studios’ souls-like action RPG, Salt, and Sacrifice is set in a dark fantasy chaotic world of hunting down twisted Mages is making its way to PC, PlayStation 4, and Playstation 5 on May 10th.

Get the boomstick ready as the iconic Evil Dead franchise takes on a new ground of over-the-top co-op and PVP multiplayer action on May 13th on PC via the Epic Games Store, PlayStation 5, Xbox Series X|S, PlayStation 4, and Xbox One as announced by developer Saber Interactive.

Play As Good or Evil – Fight for the forces of good or take control of the Kandarian Demon to hunt Ash & others while possessing Deadites, the environmental objects & more as you seek to swallow their souls!

Off-the-Wall Visuals – Whether you’re tearing a Deadite in 2 with Ash’s chainsaw hand or flying across the map as the Kandarian Demon, realistic visuals & physics-based gore brings the horror to life!

This…Is My Boomstick – Brandish your short barrel shotgun, chainsaw, cleavers, and more to do some delightfully gruesome violence against the armies of darkness.

Play as 3 vampires harnessing their powers as Vampire: The Masquerade – Swansong combines the elements of exploration of a wide variety of environments, skillfully-crafted dialogues, clever puzzles, and a branching story where every choice comes with a consequence. The characters are finely developed and, faithful to the World of Darkness IP, reveal that they are monsters in spite of their human appearance. With more than fifteen different endings for the main characters and the fate of Boston’s Camarilla, each Vampire: The Masquerade – Swansong player will experience their own adventure in this unique Narrative RPG.

You chose to "Erase her memory" 🧠

What should you do now ? 👀 pic.twitter.com/rlBSIiKmrP

Break out that little red dress and capture Emem's iconic party aesthetic! Go wild with the gold if you really want to stand out.

Where are the Emem fans at? pic.twitter.com/UPOSnLDIGU

Developer Retro Forge and publisher Dear Villagers will be releasing the 6-bit inspired action-RPG Metroidvania adventure Souldiers on Nintendo Switch, Steam, Xbox, and PlayStation Platforms on May 19th. Adding a dash of Metroidvania exploration in a pixelated environment, tight souls like combat, RPG customization, and precision platforming as a role of scout, caster, or archer, battling for freedom in Terragaya, a mystical land on the border between life and death.

My Time At Sandrock

Sequel to My Time At Portia is heading to a Early Access launch on May 26th with over 500,000 wishlists on Steam as shared by Pathea Games and publisher PM Studios.

Sandrock sets the stage for a vibrant life helping revive a dying desert town into a beautiful oasis wonder. Players will craft a variety of civic structures, machinery, and more to better the lives of Sandrock’s colourful cast, with more than 30 quirky residents to grow close to. Enjoy spending time forging deeper bonds with the locals to learn their backstories and favourite gifts, and perhaps take the leap from friendship to something more. Seasonal festivals and local attractions allow ample opportunity to become part of the community, and the breathtaking scenery changes as players complete commissions and leave their mark.

We reached a whopping 500K wishlists and finished all our wishlist goals! Now, all eligible characters are romanceable, meaning you’ll see more of their story as you get closer to them! 💘💍

My Time at Sandrock will be available for PC via Steam and Epic Early Access first on May 26, 2022, and then will be heading to WeGame, Bilibili games, and other platforms. The full PC release will be ready in 2023, and in-house console ports are planned after the full PC release.

Adding Sci-fi to the list, Dolmen by developer Massive Work Studio and publisher Prime Matter combines elements of an action RPG with Cosmic Horror along with designs that somewhat remind me of Warframe. Dolmen will be embarking to release on May 20th on PlayStation 4, PlayStation 5, Xbox One, X Box Series X | S and PC.

The Old Lab is a dangerous place. We've seen some twisted creatures in here, so make sure you make it out alive, commander. We need you. #scifi #rpg #actionrpg pic.twitter.com/2IBTgcxyCY