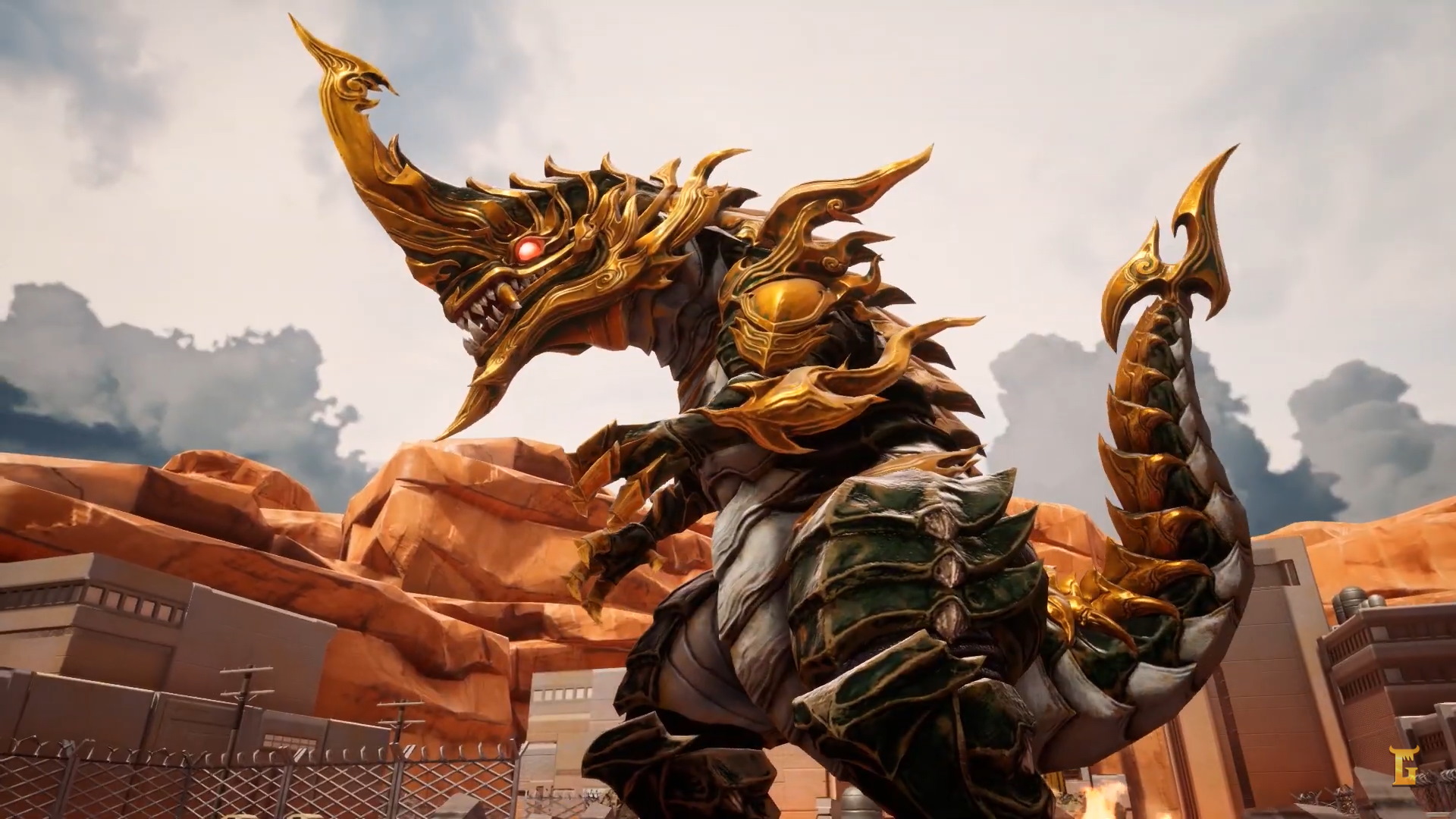 Stay cool and watch out for heatstrokes, citizens. Rawa, the Dragon King has arrived to scorch the summer skies with his Ethereal Flame. In this new trailer filled with never-before-seen cutscenes, Rawa, the Dragon King announces himself as the new playable character for the Multiplayer Arena Brawler, GigaBash which will be officially released this August 5, 2022.

As the prophecies have foretold, “where he walks, calamity follows.” Rawa has finally announced his grave return, his imperial presence marks the beginning of his ashen empire bathed in Ethereal Flame! His body is covered in gold-trimmed heavy plate armor, making his every attack hit with the combined mass of several freight trains. He can also spew his iconic Ethereal Flames which incinerate flesh, soul, and even stone. Worst of all, his Ultimate simply vaporizes entire cities in a violent torrent of Ethereal Flame as it gradually focuses into a piercing beam of destruction. These abilities make Rawa one of the most dangerous foes for Heroes and Titans alike, leading scientists to aptly call him “the Extinction Dragon.”

GigaBash will be coming to PC on Epic Games Store and Steam. The game will also come to both PlayStation 4, PlayStation 5, and is now available to Wishlist on PlayStation. All platforms are set to release on August 5, 2022.