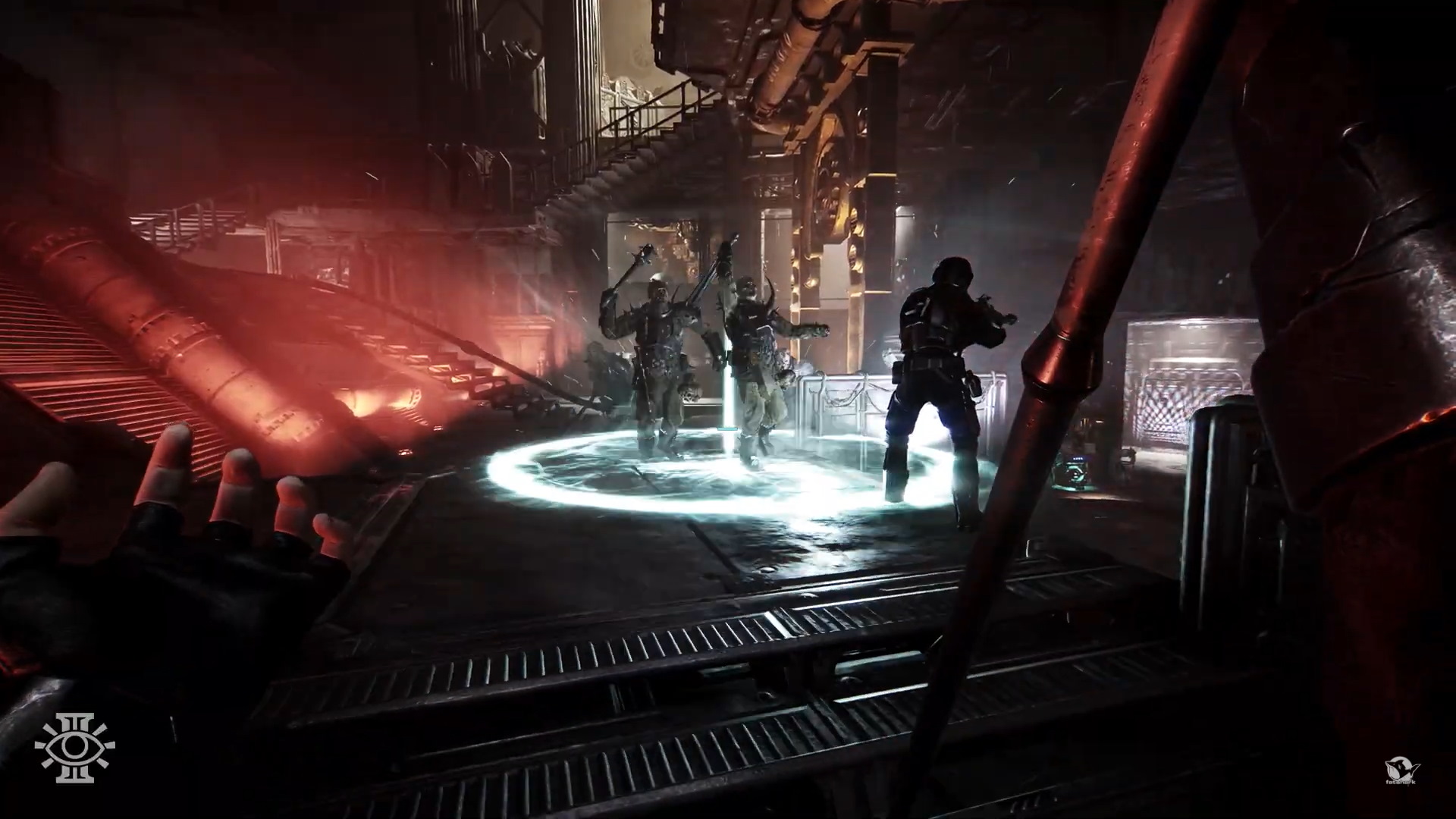 Independent developer Fatshark premiered a two-minute gameplay trailer from their upcoming 4 Player co-op game Warhammer 40,000: Darktide. The brand-new gameplay video, highlighting a mission playthrough, premiered during today’s Summer Game Fest broadcast, watched by millions all over the globe. Warhammer 40,000: Darktide will be made available on September 13th on PC and Xbox Series X|S.

In the gameplay video, Heretics sabotaged Tertium’s power system, and it is up to the four (anti)heroes to save the day. The job is simple, the risks are high, and the action is gloriously gory.

It’s been an exciting, and maybe a little crazy week for Fatshark, with two brand new Warhammer 40,000: Darktide trailers released – While last week’s amazing Warhammer Skulls trailer focused more on story, gameplay is what it all comes down to, and today we gave you almost 120 seconds of Darktide.”

Together with NVIDIA, Fatshark also announced that Warhammer 40,000: Darktide will launch with NVIDIA DLSS, Ray Tracing, and Reflex. Enabling ray tracing on a GeForce RTX GPU, desktop or laptop will greatly enhance the visual fidelity and immersion of Darktide. Using NVIDIA DLSS, players can maximize performance with the power of AI while fighting back hordes of bloodthirsty foes. And with NVIDIA Reflex, responsiveness in the game will be at its best with the lowest latency possible. Players who don’t own a GeForce RTX PC or laptop can still play Warhammer 40,000: Darktide with GeForce performance at launch by streaming it from the cloud with NVIDIA GeForce NOW.

The recently announced pre-order of Warhammer 40,000: Darktide has two versions available for purchase.

In Tertium, the threat of Chaos lurks around every corner. #DARKTIDE pic.twitter.com/4NPTdTmgcr

E3 @ 2019 – Developer Fatshark To Show Something New In The Warhammer: Vermintide 2 Universe.