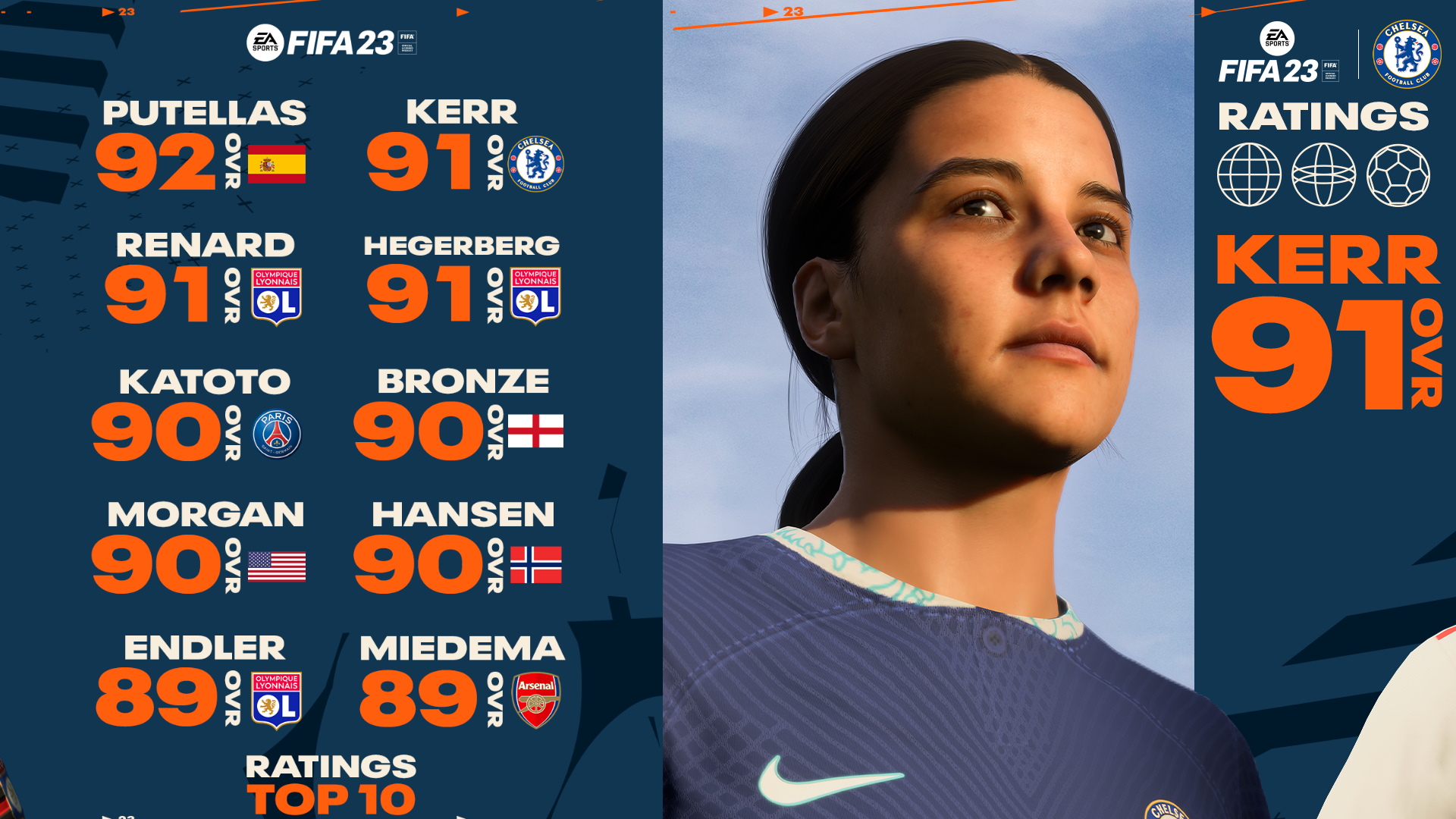 EA has released the top 25 highest-rated Women footballers in FIFA 23 when the game launches later this month. There are no player cards available yet at the time of writing but their full stats are available on the FIFA 23 Full Database.

Some of the players are labelled with the clubs they are playing for while some are weirdly just marked as their national team representation. This could be down to licensing problems. But anyway, we will be mentioning their names, OVR, along with the club they play for in real life in case this information is useful to you in your gameplay. 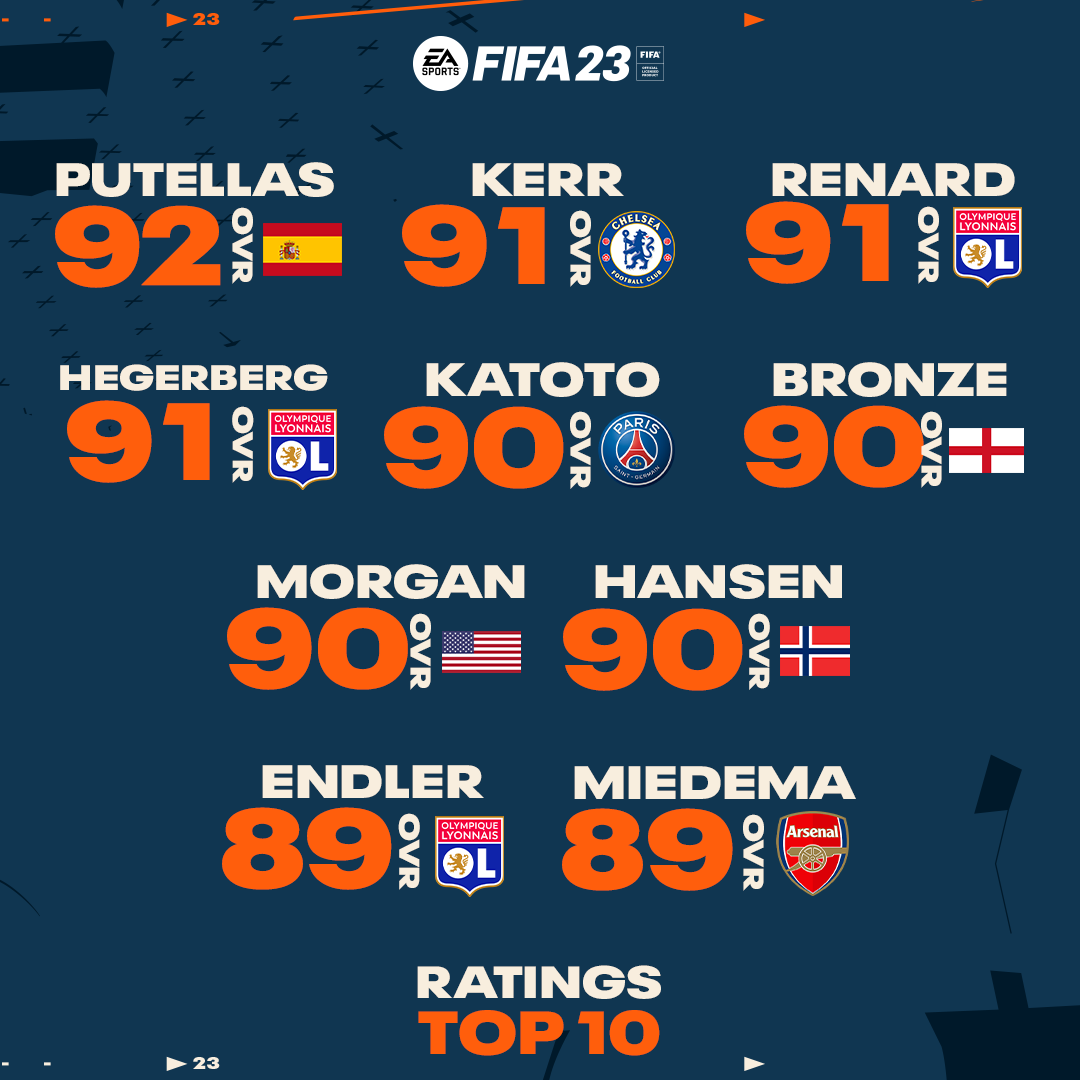 For clarity, all the FC Barcelona Femeni players were labelled as the player’s own nationality i.e – Spain Women, England Women, etc. Jenni Hermosso has moved to Pachuha on a free transfer from FC Barcelona Femeni hence her new club is listed as such.

There were a few more adjustments that we made like Alexandra Popp’s Germany Women label changed to Vfl Wolfsburg and Lina Magull’s to FC Bayern Munich.

FIFA 23 is launching on the 30th of September this year on PlayStation, Xbox, Switch, PC, and Stadia.