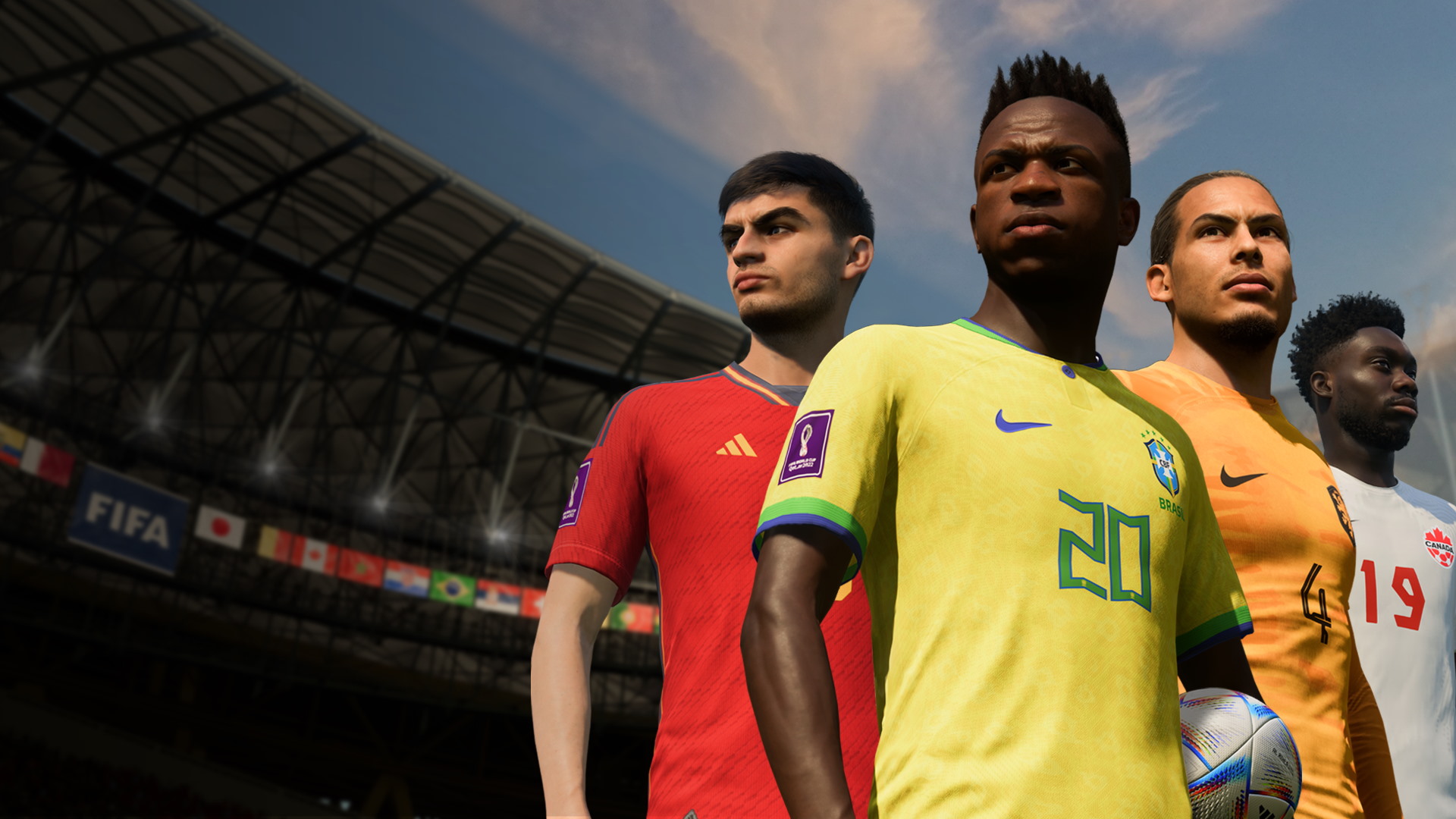 Electronic Arts, Inc. has unveiled all new updates and additions to EA SPORTS FIFA 23 ahead of the FIFA World Cup 2022, celebrating the world’s game. Fans will be able to download the free* World Cup update beginning November 9th, 2022 on PlayStation 5, Xbox Series X|S, PC, PlayStation 4, and Xbox One. Players will also be able to experience the pinnacle of international football on EA SPORTS FIFA Mobile beginning on November 8th, 2022.

Every four years, the World Cup presents a unique opportunity to unite the world of football, and we’re thrilled to provide an immersive, hands-on experience to football fans across the globe – Our first ever football game was built around international football, and we’ve been building on that experience ever since. It’s amazing to see how fans truly experience the highs, lows, and everything in between that can only be felt when the whole globe unites through the world’s game.

In FIFA 23, fans are able to play as any of the 32 qualified nations in an authentic recreation of the full FIFA World Cup 2022 from the opening match to the final game. Players also have the option to customize their tournament experience, by changing groups and substituting in select teams that didn’t make it to the finals. In Online Tournament Mode, fans will fight through the Knockout Stages as any of the qualified nations, aiming for glory against other players from around the world.

Running November 21st through December 18th, FIFA World Cup: Live, a curated EA SPORTS World Cup experience, will be available to players only on FIFA 23. Unlike anything seen before in an EA SPORTS FIFA title, this new live experience will be updated during the Group and Knockout Stages of the tournament, allowing players to follow along with authentic fixtures and squads for each game. Additionally, fans can take matters into their own hands to rewrite history by changing the outcome of any past game, giving them the spotlight. 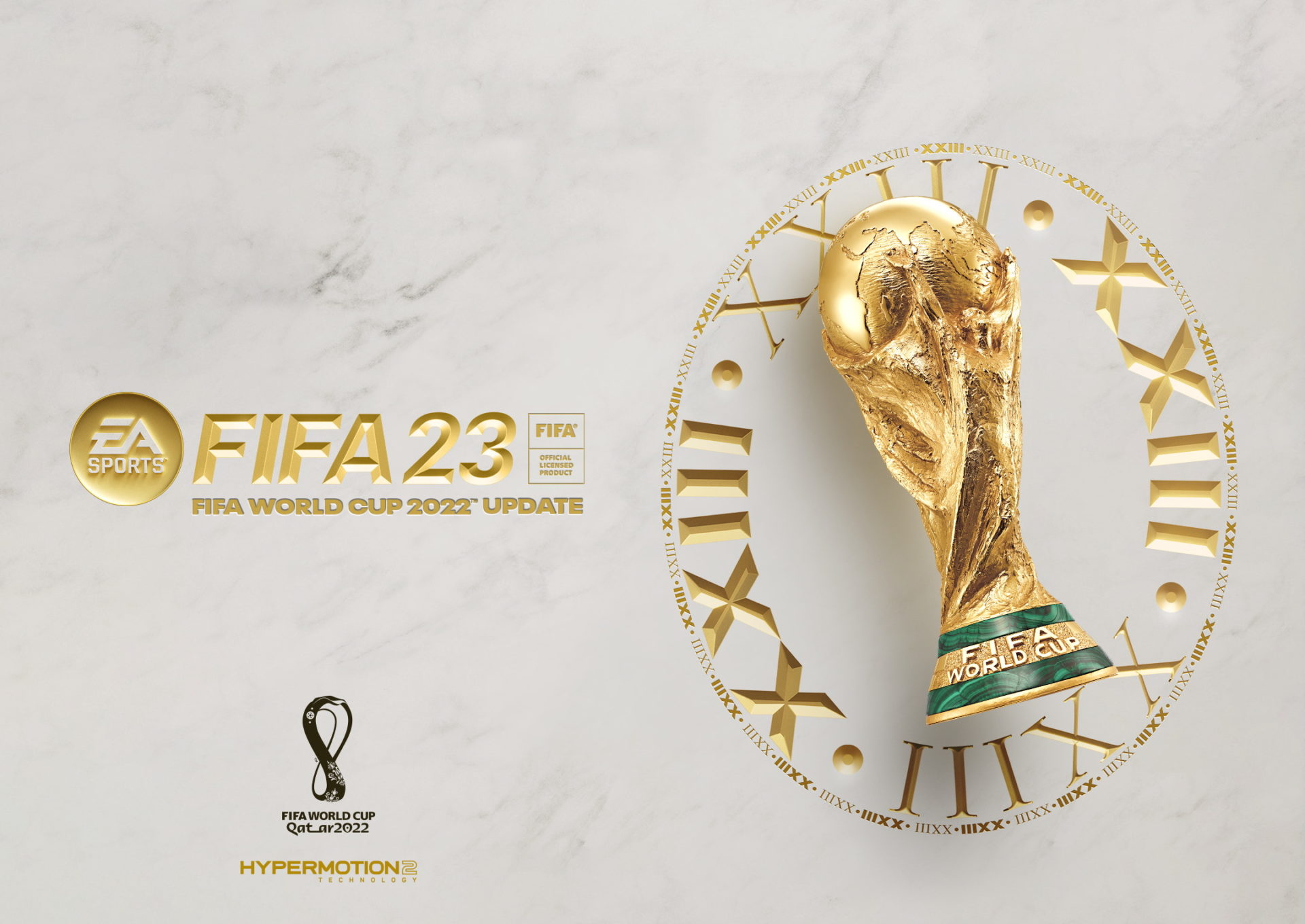 With Your FIFA World Cup, players can choose a nation, select a live starting point from past or current matchdays, and play an authentic single-player tournament inheriting all the real-world progress made to date – including the line-ups, match stats, and standings from the tournament so far – letting them take control of their favorite team’s destiny. Unique holiday offerings level up the FIFA Ultimate Team experience, with brand new FUT campaigns being released November 11th through December 23rd, bringing players closer to the action than ever before. As players board the plane to the tournament, EA will kick off the excitement, with live items that receive progression upgrades based on each nation’s progress throughout the journey. Authentic team kits, stadium dressings, visuals, match balls, dedicated commentary and more will carry fans all the way through to the final crowning of the world’s champion.Staggered throughout the “World Cup Path to Glory” event, running from November 11-23, FUT fans can look forward to 30 unique World Cup Heroes, presented in a custom World Cup themed Hero shell.

As the knockout stages begin, EA will celebrate the most impactful moments in the World Cup so far, celebrating key moments from a qualification that captivated the world. Once the quarter-finals arrive, FIFA fans will be greeted by a new class of World Cup FUT Phenoms, uplifting the performances of some of football’s brightest stars. Finally, as the World Cup comes to a close, FIFA 23 will celebrate the best-performing players throughout the journey, crowning them members of the Team of the Tournament and awarding them with permanently boosted items.

🗣Listen up! The #UltimateFIFASoundtrack is coming to #FIFA23 and @Spotify.

🎧 Decades of bangers in one iconic soundtrack. Just in time for the FIFA World Cup.

📢 Back your track by streaming it and let us know which heat has to make the Soundtrack.https://t.co/MHbRjS67G6 pic.twitter.com/VyHp4SVf4k