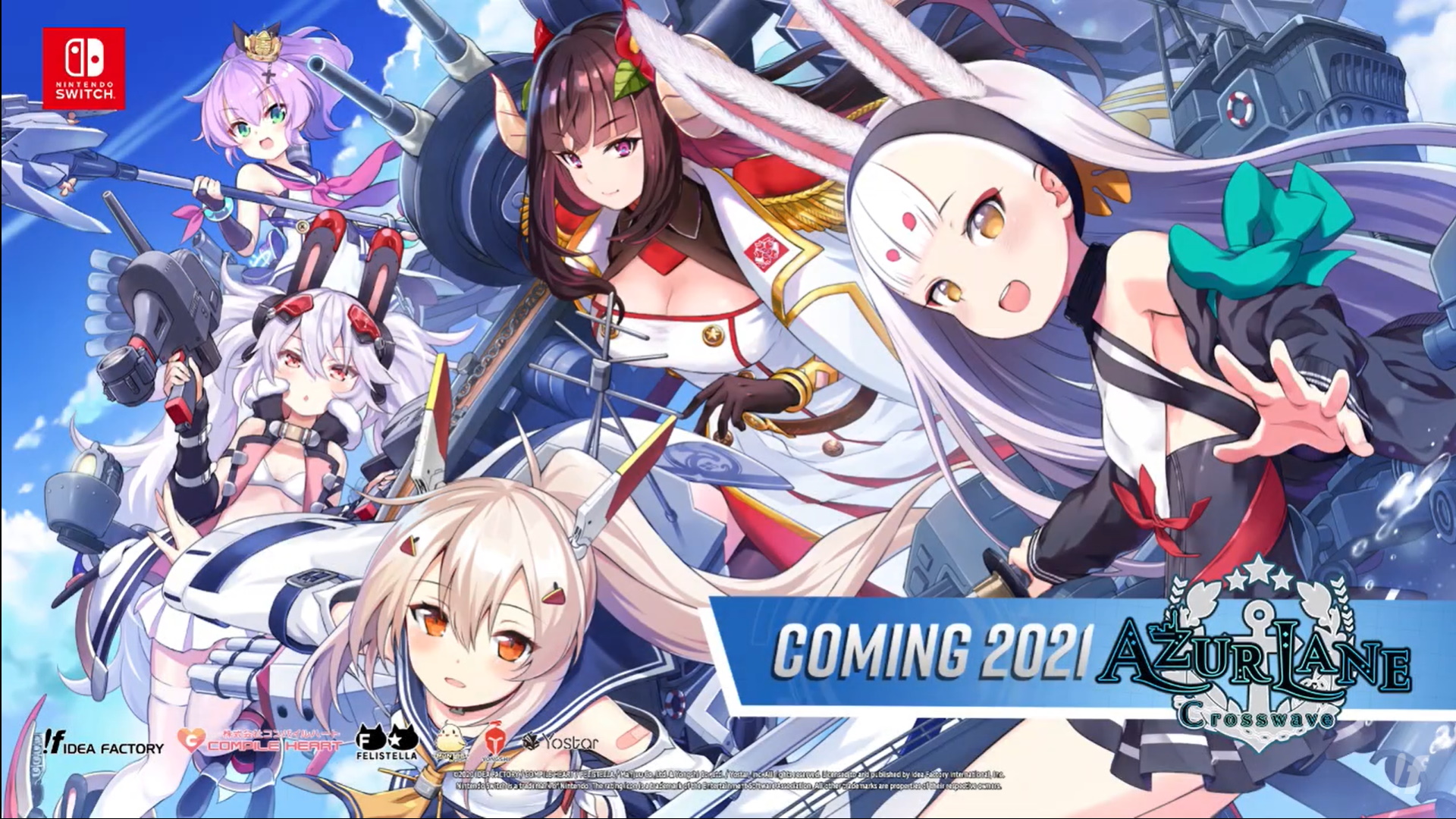 Publisher Idea Factory International announced that Azur Lane: Crosswave will be coming to Nintendo Switch on Switch February 16, 2021, in North America; followed by Europe on February 19th. Based on the popular mobile game launched on PlayStation 4, Azur Lane: Crosswave features historical battleships in waifu form come to 3D life with the help of the Unreal Engine! Control a fleet of cute, but devastating characters and bring any enemy to their knees! Newcomers and returning fans of Azur Lane can play in 4 game modes, including the 100+ battles of Extreme Battle Mode!

Will you be able to sail your fleet to victory, or will you sink into the ocean?

New features of the Nintendo Switch version include:​

Living in a 3D World – Azur Lane mobile, the beloved side-scrolling shooter, is now retrofitted for the Nintendo Switch™ as a cel-shaded, 3D action shooter with the help of Unreal Engine! Recruit over 50+ ship girls to help lead your fleet to victory. In the Nintendo Switch version, play through Story Mode through the lens of newcomers Shimakaze and Suruga, plus Taihou and Formidable!

Switch it Up with 4 Game Modes – Commanders can choose from 4 different game modes! Story Mode includes 7 chapters through the lenses of Shimakaze and Suruga, plus 2 additional story chapters with newcomers, Taihou and Formidable. In Extreme Battle Mode, choose from 100+ challenging fleets to battle for rare items and special materials. Capture new memories in Photo Mode! Just like the original release, players can change backgrounds, adjust facial expressions, and poses! Now on the Nintendo Switch, choose up to 6 characters with freshly updated camera angles. Episode Mode includes 50+ sub-stories that deliver bonus character backgrounds!

Arm Your Armada – Before setting sail, beef up your characters by equipping them with rare items found after a successful battle or by crafting items at Akashi’s Laboratory. Here, Commanders can exchange blueprints to create new gear, convert materials into rare items, and earn rewards. Experiment with different fleet arrangements to gain special Fleet Effects that can provide in-game stat bonuses.

Ready, Aim, Fire – Control, aim, and fire at incoming battleships, aircraft carriers, and other enemies! Depending on the character’s subtype, players can dash to evade attacks or activate defensive shields, unleash torpedoes or aircrafts, and switch-on character-specific special attacks to defeat unruly enemies!