When the parent company of TikTok, ByteDance, acquired Pico in 2021, the VR maker was already the third largest VR Headset manufacturer in the world so it made sense that with the new source of funding and ambition of its uber-rich owner, the Pico brand would eventually rival the best players in the market. It won’t be easy, though.

The new Pico 4 is impressive on paper but the Quest names are still the ones to beat. So, while I expected the Pico 4 to come close to mounting a serious challenge, I was surprised at how close it actually came to dethroning the king. What’s inside the box The first noticeable feeling upon wearing the Pico 4 was how comfortable and unburdening it feels to the head and neck. Weighing 586 grams, the Pico 4 is slightly heavier than the Quest 2 but it has a more balanced design that spreads the weight around the head rather than sitting entirely on the front.

I have a rather big head that didn’t agree with most VR headsets, including Sony’s PSVR where I’d feel my head getting squeezed uncomfortably after the 30 minutes mark. But with the Pico 4, this didn’t become a problem and the overall wearing experience was enjoyable, to say the least. As someone who is prone to sweating, my biggest problems with VR headsets are how easily the strap will slip off and how the front cushion will be exposed to my sweat. The Pico 4 never slipped on me once, but the front cushion did absorb my sweat like a sponge, requiring constant maintenance after use like dabbing the cushion with a dry cloth or tissue. I forgot to perform the routine once, resulting in an undesirable odour on the head cushion. If you sweat a lot like me, you should take note of this issue. This issue also made the Pico 4 a VR unit that you probably shouldn’t loan to a friend. There’s no headphone jack on the Pico 4 and instead, you have to rely on the 360-degree spatial audio speakers for audio elements. They are not perfect and do not give the feeling of immersion but they are passable as an audio unit. To really immerse yourself into the VR environment especially if you need privacy or is streaming a movie, you’d have to pair the Pico 4 with Bluetooth headphone, but then there’s the additional weight on your head to consider.

The Pico 4 rocks some rather impressive hardware where specs are concerned. With 8GB RAM (2 more than Quest 2) and running on Qualcomm Snapdragon XR 2 chip, there’s little to complain about when it comes to performance and game handling.

In the battery department, the headset should last around the 3-hour mark on average (highly dependent on what you are playing/using it for) while its 5,300mAh tank is full. This isn’t super impressive per se, but then again, I never go longer than 2 hours max in VR anyway. The two controllers are powered separately by two double-A batteries each. The absence of a rechargeable option was a little upsetting at first but the batteries last around 80 hours and come with the box. On the visual side of things, the Pico 4 offers a solid 2160p per eye (compared to Quest 2’s 1832 x 1920) on its pancake lenses and a field of view of 105 degrees, allowing more visibility when I move my eyes rather than having to turn my head to gain more views. The level of clarity and image sharpness is frankly impressive, especially towards the edge of the frame.

In terms of refresh rates, however, the Quest 2’s 90Hz on default, upgradeable to 120Hz on experimental mode still triumphs over the Pico 4 as the latter only supports a max refresh rate of 90Hz, though I had to dig into the Experimental Lab option in the settings for it because the default refresh rates are only 72Hz. This does not mean the Pico 4 felt underwhelming in experience because movements in the VR still felt natural and smooth.

If I needed to check the environment around my room, I can just easily tap the side of my VR unit to turn the 16MP front camera on to check out my surrounding. The Pico 4 comes with a full colour pass through but don’t expect a 1-to-1 realism quality because the noise-plagued images are only good for a quick peek, sparing the user the need to take the headset off. The depth perception is also not accurate when viewing through the camera, so I strongly advise walking around relying on its visual feed.

When enjoying VR experience modules and playing games, the Pico 4 performed splendidly with both its comfortable design and powerful hardware combined to provide a commendable experience. I was especially busy with sports and workout games because of how much fun I get when I’m not bothered with concerns like the headset slipping off or the strap trying to squeeze my brain out. Playing All-in-One Sports VR on the Pico 4, movement-intensive sport like Boxing was especially impressive. Be it lowering my body or leaning left or right to dodge, the headset tracked the movements flawlessly. Throwing punches left and right either with a hook or uppercut were all registered perfectly, including the times I raised both hands to block oncoming shots. I almost died playing Snooker the first time when I foolishly leaned my body forward to line up a shot before my common sense (and survival instincts) kicked in to prevent myself from falling. 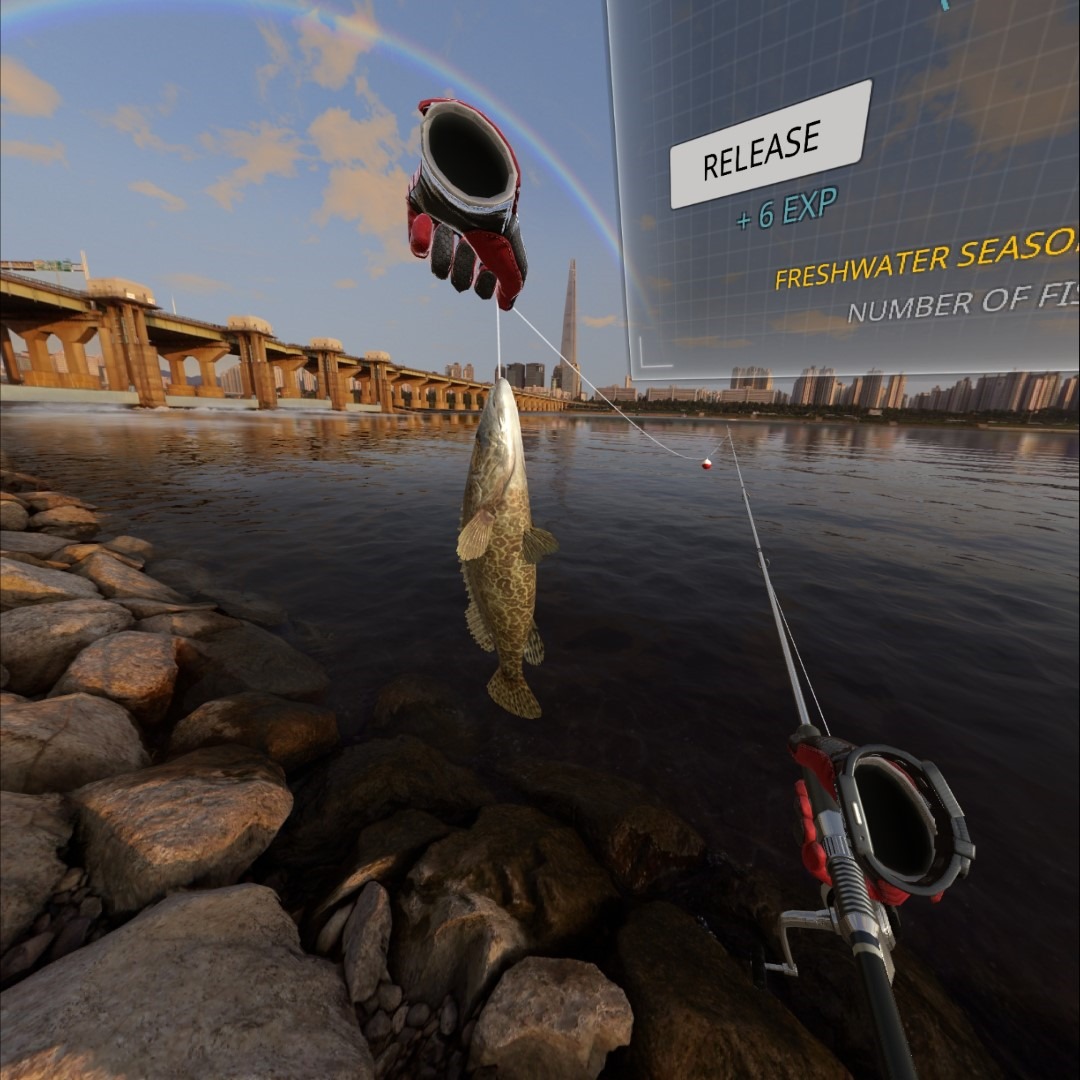 But while it can handle games with ease, the gaming library on the Pico is still behind those in the Meta Quest 2 landscape. Some titles like Beat Saber, which I desperately wanted to play on the Pico 4 are missing from its game store. With over 150 VR titles currently available in its store, there are still many titles VR enthusiasts can get their hands on, and, hopefully, with time and future updates, more titles will be added to the Pico ecosystem soon. Meanwhile, if you have a gaming PC and want to use the Pico 4 to enjoy some of the titles you have there, you can easily do so with Pico’s streaming assistant app. You can even stream the content of your PC wirelessly over your network onto your Pico 4.

With all that’s been said and done, here are what I really liked about the Pico 4;

What I wish was better:

Pico 4 is an excellently built and well-performing standalone VR headset if you’re looking to get one. It beats even the highly acclaimed Quest 2 in some areas although the gaming library of the Pico app store still left something to be desired. But still, if you want a budget-friendly VR headset with a comfortable design, and powerful specs, and don’t mind waiting for a little as the app store releases more titles, then Pico 4 should be an easy pick.

Pico 4 All-In-One VR Headset Review - Comfortable To Wear And Solid In Performance If you want a budget-friendly VR headset with a comfortable design and powerful specs, then Pico 4 should be an easy pick.