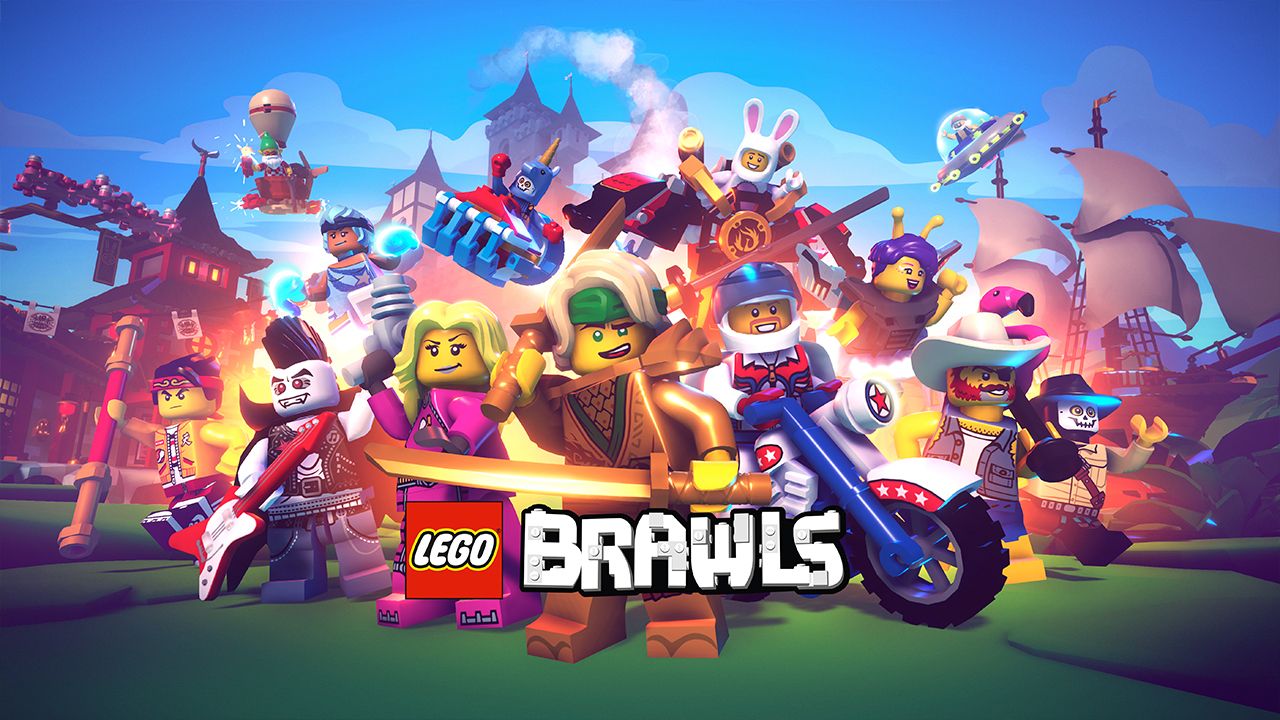 LEGO is no stranger to the gaming scene with its abundance of games that are usually based on storylines from other movies like Star Wars or Jurassic Park. This time around, we get into the LEGO Brawls, a fighting game which looks like a Smash Bro. knock off but surprisingly, it isn’t.

Usually, this is the part where I will review the story but sadly, there is none in this game. I find it sad that LEGO having so many original playsets like Ninjago and Monkey King failed to create at least some story element into their fighting game.

After like the shortest tutorial I have ever experienced in my gaming life, you are thrown into the main menu of the game. The controls are very basic where you have an attack button, a jump button and a dash button. You also have 2 buttons for your skills which you can customize.

The gameplay of the game is really like a brawl where you are pit together with 7 other players in an 8-player free-for-all or split into 2 teams of 4. The type of game mode usually depends on the map whereas free-of-all is usually a deathmatch type match where you try to get as many kills as you can, team matches task you with taking control of a platform in the game.

Scattered around the map are holographic boxes that you can attack to gain either one of the skills which you have selected for your character or some random skill which is unique to each map. Each map also features a gimmick mechanic like controlling the Ninjago Titan Mech or the dragon.

I felt that the game system is simple enough that even kids can understand. There are no such things as combos here so as long as you mash the attack button, you are already doing what you have to. Although I think it is good that the gameplay is simple, I do find the attack animations somewhat lacking as each weapon usually has only like two to three of them.

LEGO has a lot of types of minifig in real life and I am happy to report this is also reflected in-game. Though I know it is not every minifig available in the real life, the amount of customization here is staggering enough that you should be able to customize your minifig to your heart’s content.

There is also an option to select what theme LEGO set customization items you would like to unlock as you progress. For example, I took Jurassic Park and I was unlocking the movie characters as I slowly progress kind of like a season pass which does give you sufficient motivation to continue playing.

Besides what your minifig brawler looks like, you can also customize its weapons and skills. You are given a few options in the beginning but as you play on, more will be unlocked as you progress. Some of the skills and weapons do feel like it is just a reskin but it does add to the looks and customization in the end.

One thing that I feel is lacking is the weapons and skill description. It might not be a big deal for weapons but not knowing what your skills do before entering a match seems like a missing feature. Also, weapons do seem a little unbalanced with long-reaching weapons like wands and swords seem to deal damage first before other weapons like boxing gloves or daggers are able to reach them.

To be honest, I actually had fun in the game because of how simple it is to join a game and have a match complete within a few minutes. With 8 players together on screen, the number of things happening felt chaotic but fun as you mow down your opponents either in a planned or accidental way.

The game also boasts an excellent crossplay capability which connects you to players from other platforms almost instantaneously. Besides the 1st matchmaking game which failed to load, the loading and connection to other players were smooth. You can turn off cross-play but that might make matchmaking take a little longer.

On the local side, the game allows local matches for up to 4 players. I can understand why there is a limit as the maps in the game are big which would make it hard to fit on a single screen but at least the option is there so you can play with your friends in the comfort of your couch.

What I Liked About LEGO Brawls

LEGO Brawls is a simple and fun game which actually released in 2019 and with the number of updates it received over the years, feels more robust than ever. Luckily, the game is not fully priced as it is clear to see that the target audience for the game is kids and thus it lacks certain complexity to it. There is a certain amount of depth in-game with the skill combination you can choose but that is about the extent of it. For me, I had more fun unlocking and customizing my minifig brawler and with its quick and fun matches, the gameplay loop seems reasonable to me to keep continue on playing.