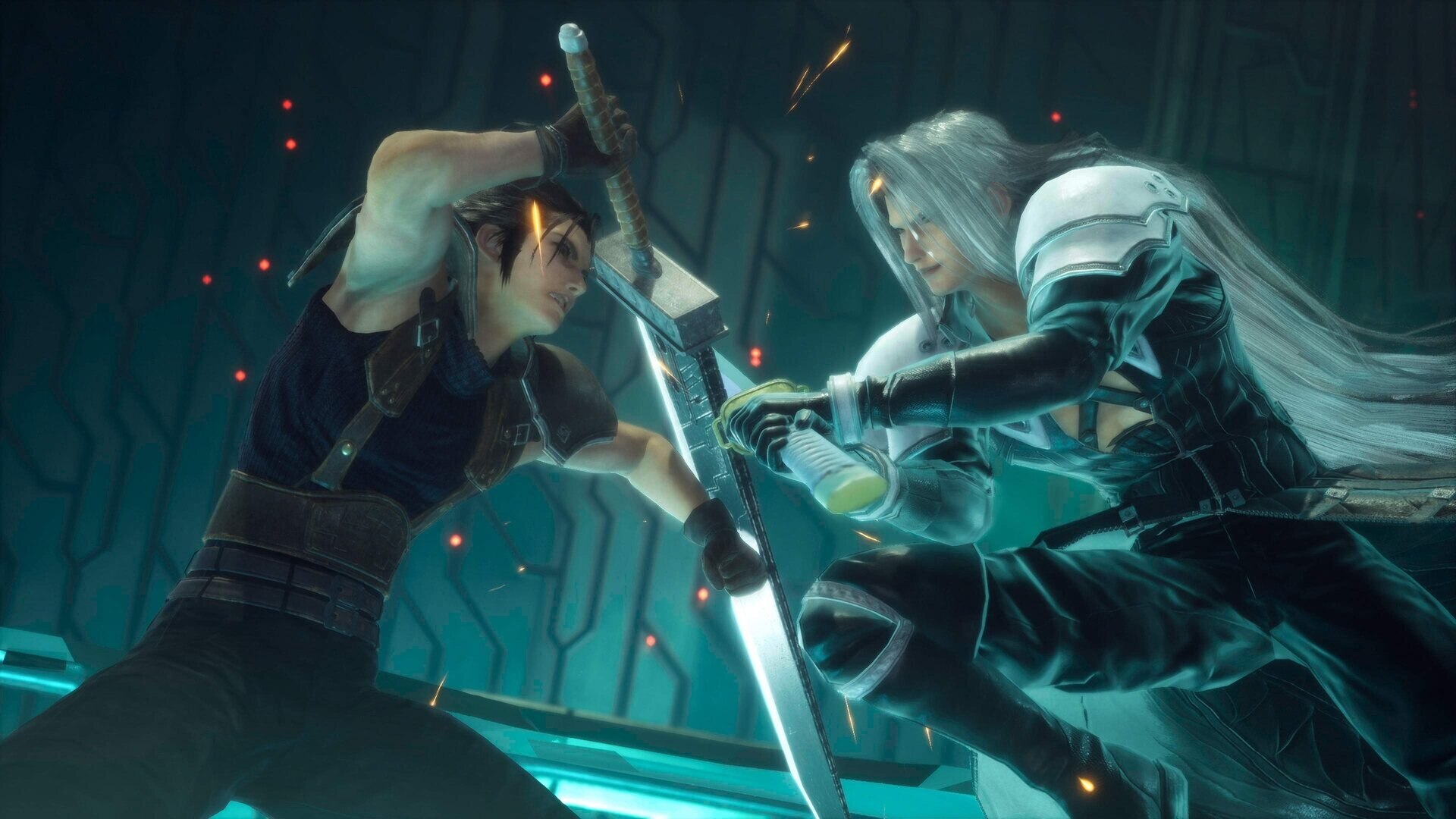 Square Enix has announced that CRISIS CORE –FINAL FANTASY VII– REUNION will be releasing this December 13, 2022!

What is CRISIS CORE –FINAL FANTASY VII– REUNION about?

Seven years before the events of FINAL FANTASY VII, the Shinra Company rules from Midgar, the city of mako, wielding an enormous level of influence and military power.

The story follows SOLDIER 2nd Class Zack Fair – a member of a group of elite operatives within Shinra with powerful combat abilities.

Zack, along with his seniors Angeal and Sephiroth, is sent on a mission to investigate the mass disappearance of his fellow SOLDIER operatives.

What he discovers will change his life – and the lives of those around him – forever.

Cloud is a rather introverted young man who joined Shinra because he aspired to be a SOLDIER operative like Sephiroth. He’s from Nibelheim, where a mako reactor is located, and serves as an infantryman.

Cloud meets Zack on one of his missions, where they become fast friends.

Tseng works for Shinra as the Vice Director for the Investigation Sector of the General Affairs Department – also known as “Turks”.

He has a cool demeanor and isn’t one to show much emotion, but through his assignments, he and Zack develop a relationship of trust that is akin to friendship.

This young woman is the youngest person to ever join the Turks. Because of her upbringing in an orphanage, she finds herself unable to leave troubled people alone.

Although the Director of SOLDIER is not a fighter himself, he is trusted as an understanding supervisor who keeps the operatives in line.

He has achieved this position at a young age, but his past remains mysterious.

Hollander is a scientist who used to conduct important SOLDIER-related research for Shinra. However, he was defeated in a power struggle and relegated to a marginal position in the company.

He is currently being pursued due to his suspected involvement in the “mass SOLDIER desertion incident”.

Yuffie is the daughter of the leader of Wutai. Even as a child, she tries to fight the invading Shinra forces and protect Wutai – unfortunately, she is not yet fully capable and can’t get things quite right…

Ever since meeting Zack, she’s been sending him junk mail and pulling him into her treasure hunts.

The game also features the unique “Digital Mind Wave” (DMW) system, which triggers randomized effects such as enhanced status and the ability to use powerful “Limit Breaks,” to make battles more strategic.

By equipping materia, you will be able to use magic and abilities in battle and enhance your status. In addition, the effects of the DMW system can further enhance materia, allowing for even more powerful effects!

There are lots of different types of magic materia, which give you access to a wide variety of spells, including:

Fire – Fire magic that tracks the enemy and releases an exploding fireball.

Dark Thunder – A magic skill that deals lightning damage as well as poison and silence status ailments to enemies in its path.

Also gained by equipping materia, abilities are skills that can be used by consuming AP. They typically consist of various melee attacks that utilize the sword and can be linked with standard attacks.

Here are a couple of examples: 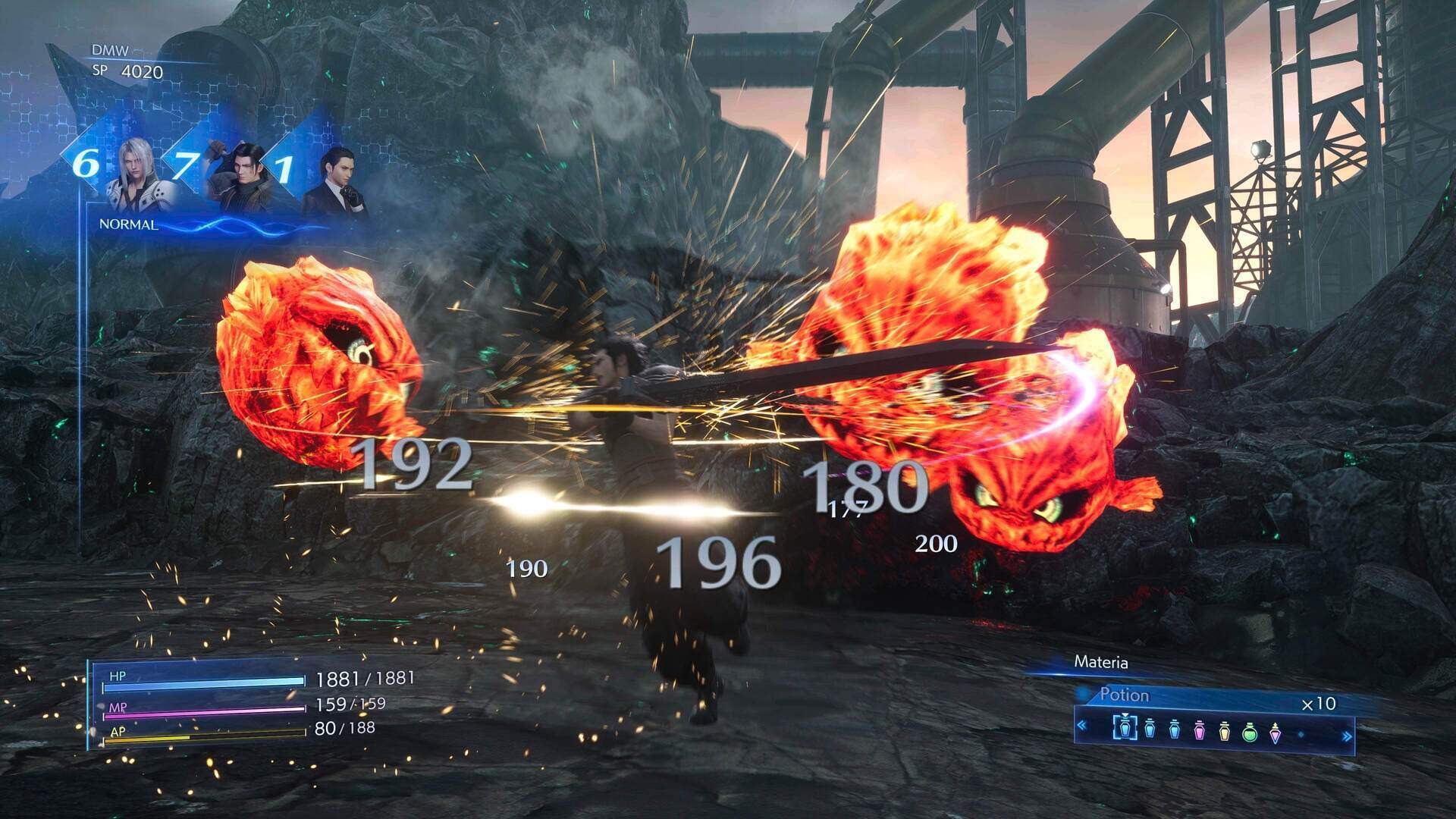 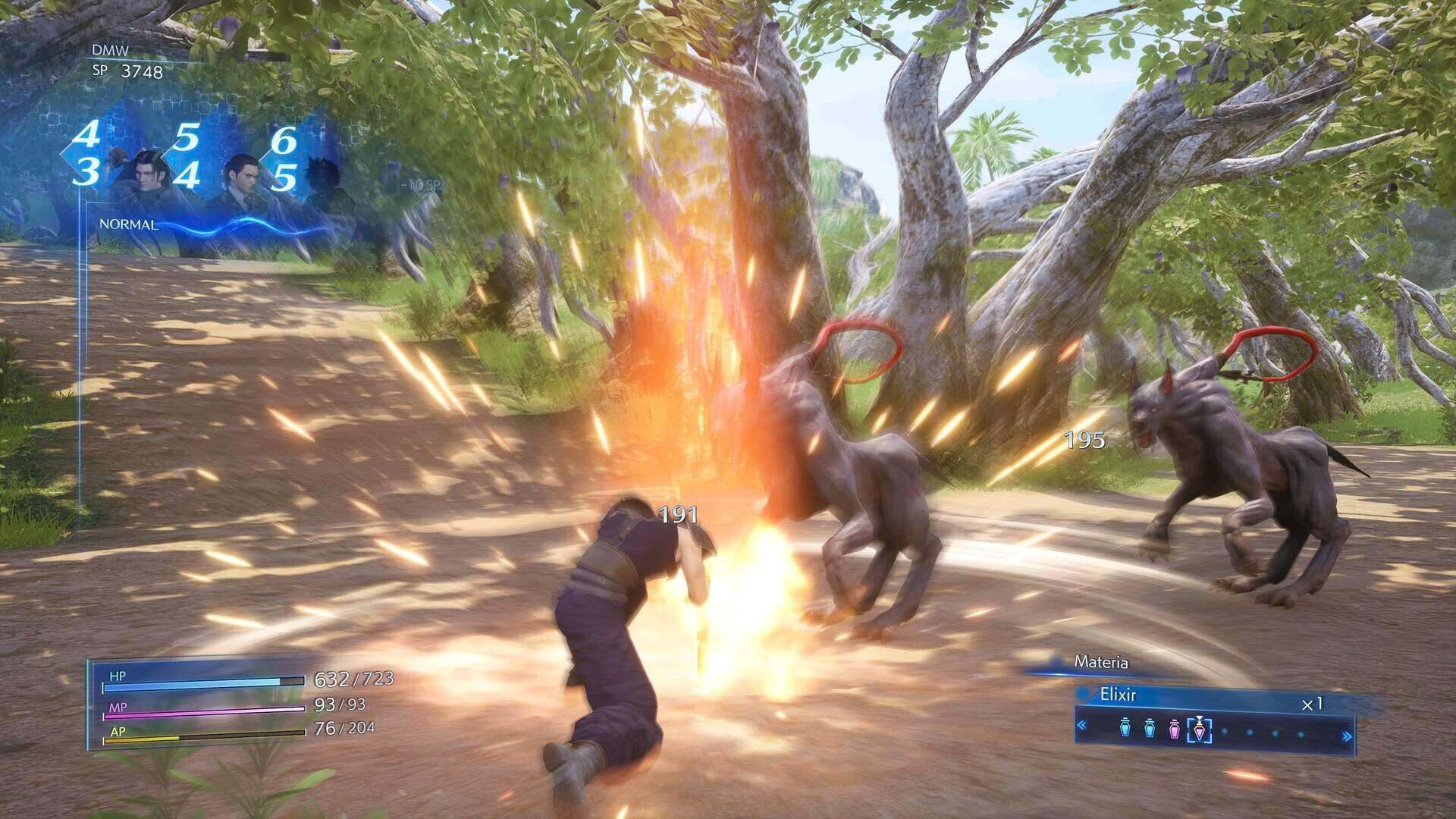 Jump – Zack jumps vertically, plummets toward the enemy and generates a shockwave. While jumping, you can dodge enemy attacks.

The Digital Mind Wave – or DMW – is a system unique to CRISIS CORE. Slot reels automatically spin during battle and produce various effects depending on the images and numbers aligned.

When numbers align in the DMW, it’ll activate an effect corresponding to that alignment. For example, you may get the following effects: 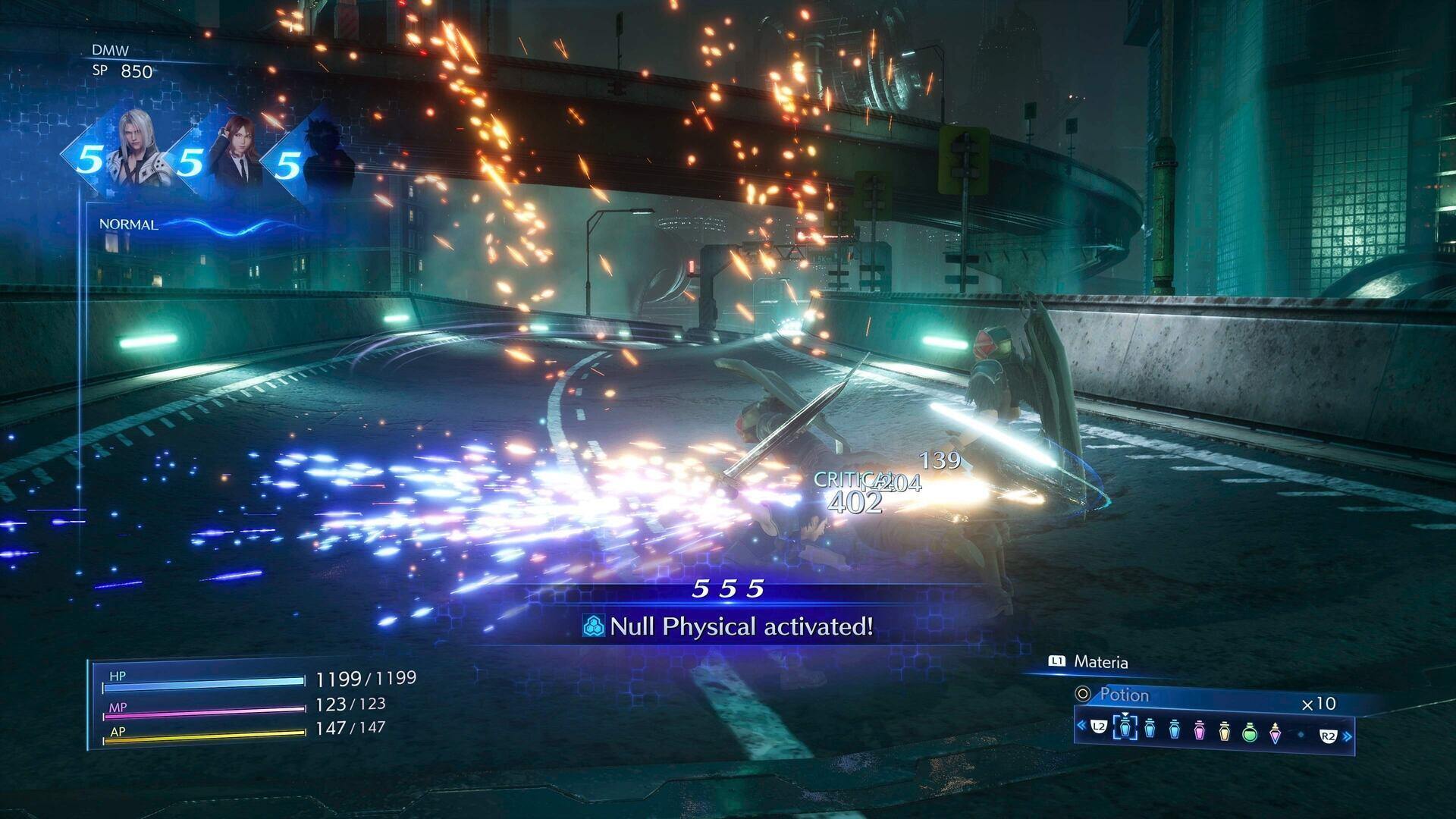 Getting 7s on the DMW is beneficial and can have useful effects:

When the same images align in the DMW, you’ll also get a powerful Limit Break that corresponds to the pictured character. For example:

When the DMW enters summons mode, all the images on the reels become summons. The player can perform a Limit Break that features one of these powerful entities, including:

The game launches on December 13, 2022, for PS5, PS4, Xbox Series X|S, Xbox One, Nintendo Switch and Steam, and is available to preorder today.