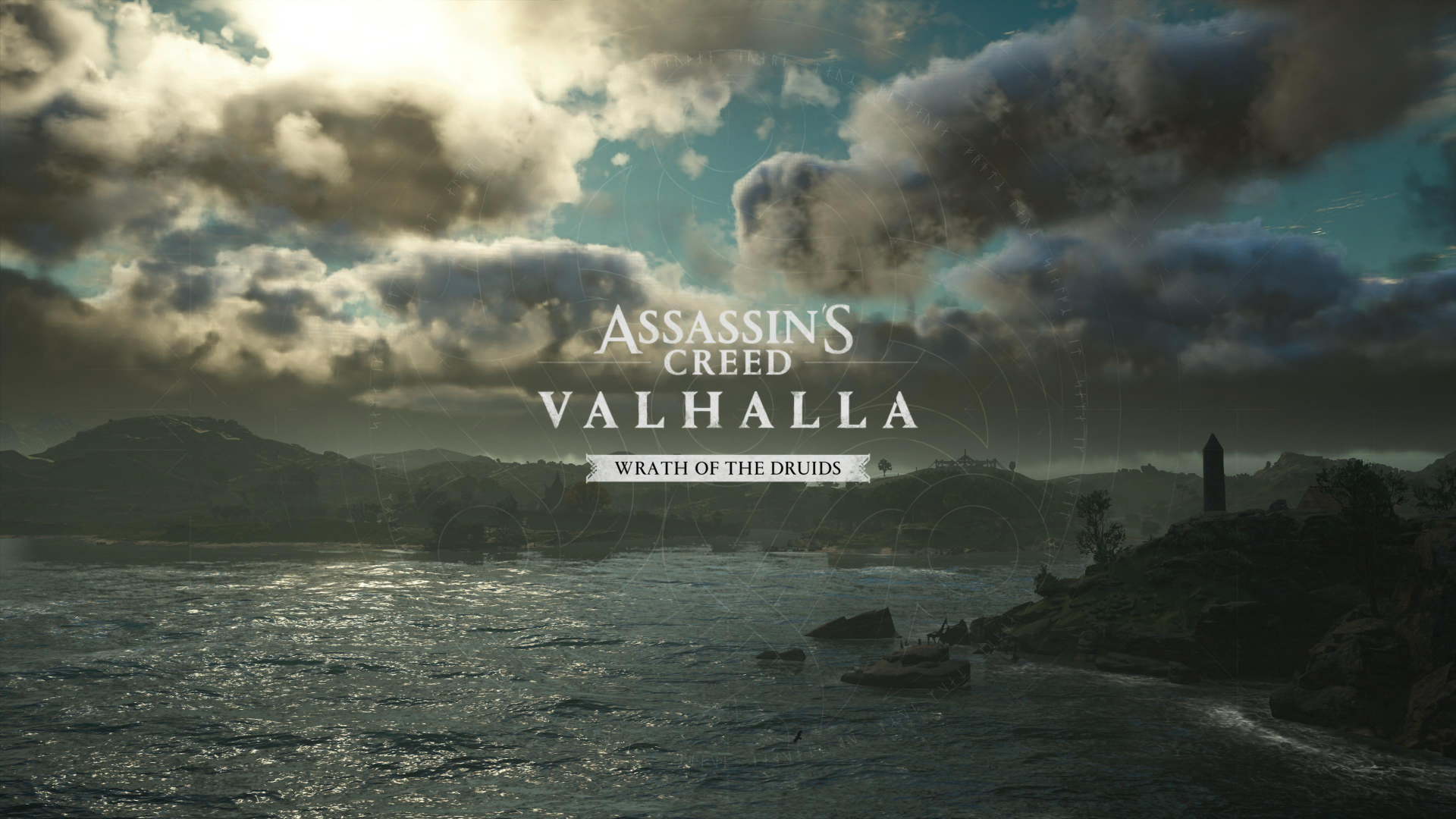 Late last year Assassins Creed Valhalla came out almost on all platforms including the newly launched consoles to generally positive reviews (including my own). To be completely honest my review was based on the first 30+ hours I had spent with the game breaking my one and only rule which is to review games after I have completed it close to its entirety. There were a lot of factors that contributed to the rushed review which were entirely my own choices but after I had spent upwards of 140+ hours to get the platinum and just seeing all that the game offers my opinion of the game did change significantly. After all, a game is not the sum of its parts but the whole thing and I felt so strongly about my experience so I wanted to write an update or a follow-up piece but decided against it. Why? Because as much as I really enjoyed Assassins Creed Valhalla, it well and truly just exhausted me.

Thanks to Ubisoft, we got the opportunity to jump back into Valhalla with the first expansion titled Wrath of the Druids. No matter how I felt about Valhalla, jumping back in was a no brainer as I really was curious to see what new experiences the first expansion would bring to the already rich world. This time as well I would be reviewing it entirely on the PS5 with all the enhancements available. So after my 10+ hours spent wrapping out the main quest line with some side quests how did I feel about Wrath of the Druids? Well, I can’t say I was surprised with what I got but it’s just another really solid chapter that feels very by the numbers. 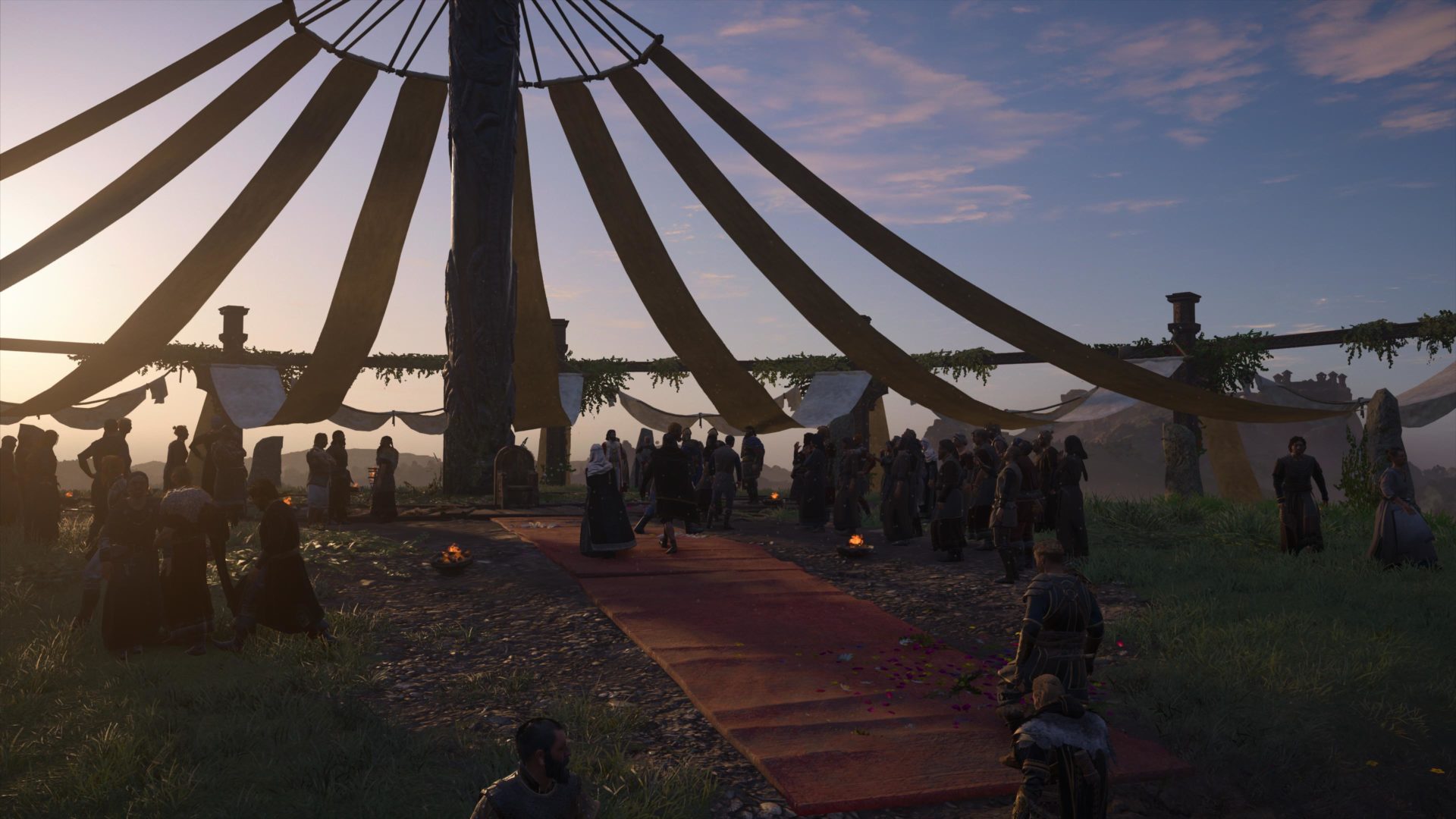 The Wrath of the Druid expansion is meant as a side adventure to Ireland in the same vein as going to the Americas was in the main game. The power level requirement is 55 so players are able to initiate the quest as soon as they meet that power level requirement. The expansion is initiated when Eivor meets Dublin’s Economic Chief called Azar in Raventhorpe with an invitation from Eivor’s cousin Barid. Eivor then sets out to reunite with Barid in Ireland and starts a brand new adventure meeting brand new characters like Ciara the poet and Flann Sinna the newly crowned High King of Ireland. 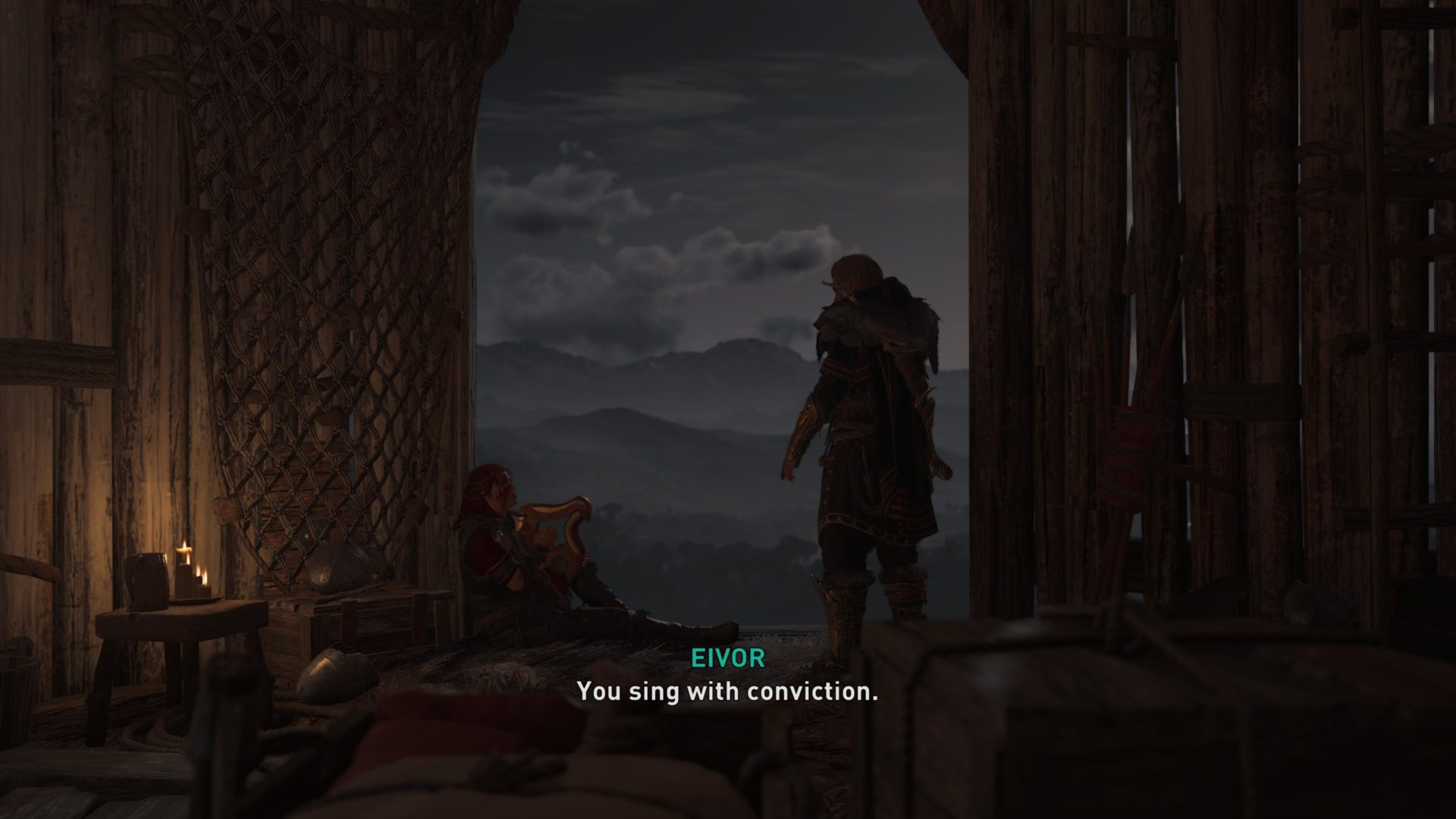 Graphically the game is as gorgeous as ever especially on the PS5 with Ireland’s landscapes looking beautiful and inviting as far as players can see. Playing on 60fps as well with very minor dips just feels like how the Assassins Creed should have always felt. Performance-wise as well loading times compared to previous-gen feels much more improved although they are not quite at the blistering pace of split-second loading. Strangely though the one thing I felt out of place was that as smooth as the game felt, it kind of made how clunky Eivor is even more apparent. Just running around feels too slow and traversal feels like it should be even more responsive than it is but I mean it is what it is being a cross-gen title.

One of my complaints from my initial playthrough of Valhalla was how the HDR and sound mixing felt off. I guess after extensive patches over the past few months it does seem like there is some improvement although it is not perfect. In the daytime, HDR looks great but for some reason, at night it just looks grey. Also keeping with tradition there was a weird funny bug where at night there seems to be a slight ray of light on my character at some points in the game. Sound mixing does also feel improved although there were some moments where sounds that should have been playing aren’t. I mean it isn’t an Assassins Creed game if there aren’t bugs. 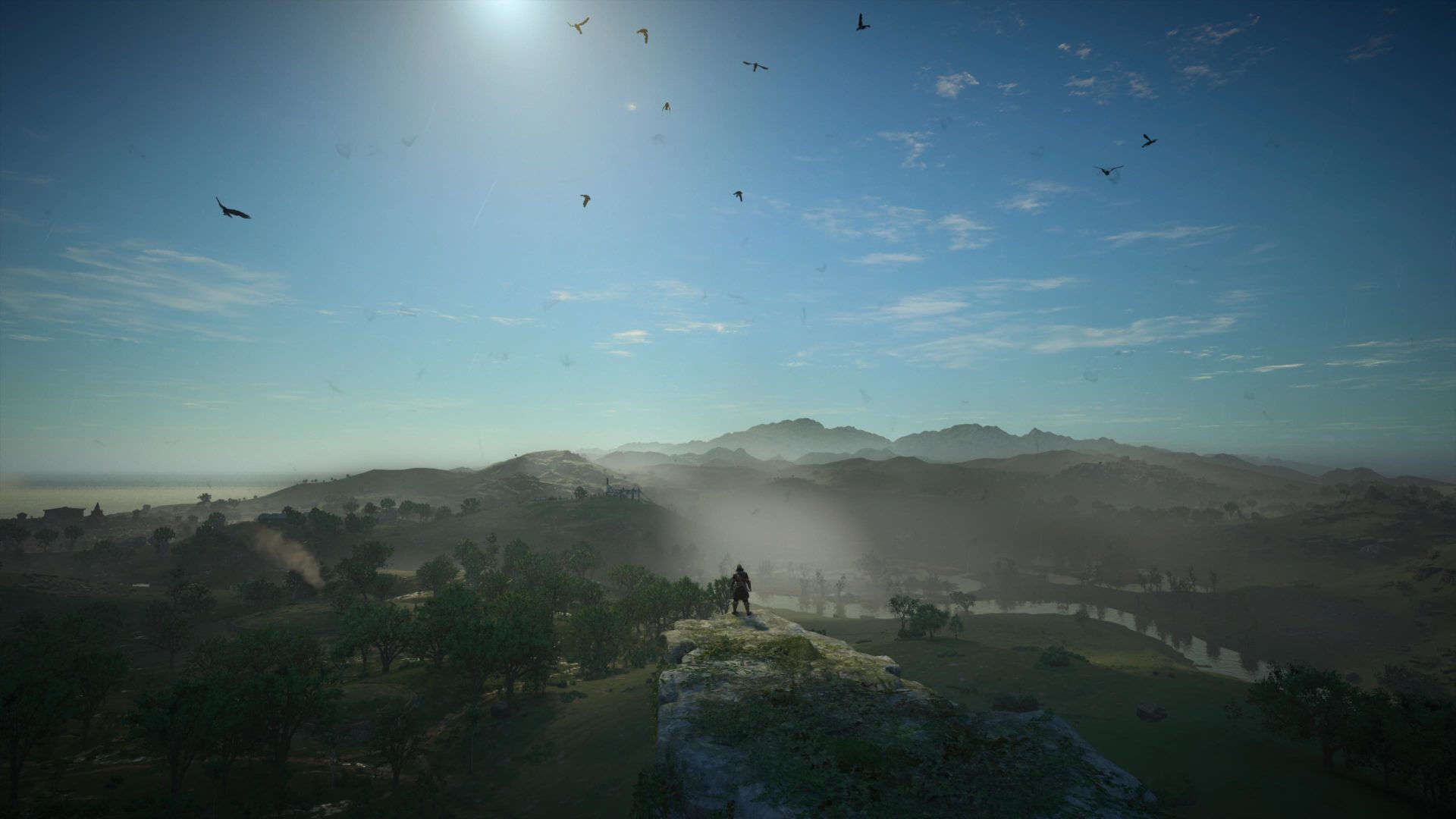 In Ireland, there are still treasures and artifacts to find and mysteries to solve. When it comes to new activities there is the Trade Post whereby players will go around the map to liberate them and build them up in the same manner as the settlements. These trade posts will offer passive resources that include Clothing, Texts, Delicacies & Luxuries that can be used to complete contracts with Azar. The more contracts the player completes results in Dublin’s reputation for commerce climbing to new heights. I mean it’s an interesting new activity that tries to fill in the gap as to how settlement buildings were expected to be in the main game but doesn’t really feel satisfying in the long run and it’s just really keeping in line with how Ubisoft presents these busywork activities. It literally feels like an unfun chore that you brainlessly complete just because.

One of my biggest issues with Valhalla was how there were pockets of really fascinating side quests or just seemingly random happenstances in the game which do try to provide a micro-narrative as to why things are the way they are in the world but ultimately felt so insignificant in the bigger picture. It just really made me as a player feel that the game was so huge and that parts of it can just feel so much better than others but not necessarily cohesively fit in the total package. The best example of this would be how yet again in this expansion there is a secret group in the shadows doing sinister things but ends up being a by the numbers hunt. Also, how is it possible that the developers really haven’t noticed by now how obvious the character models always give away who the head honcho of the secret society is. 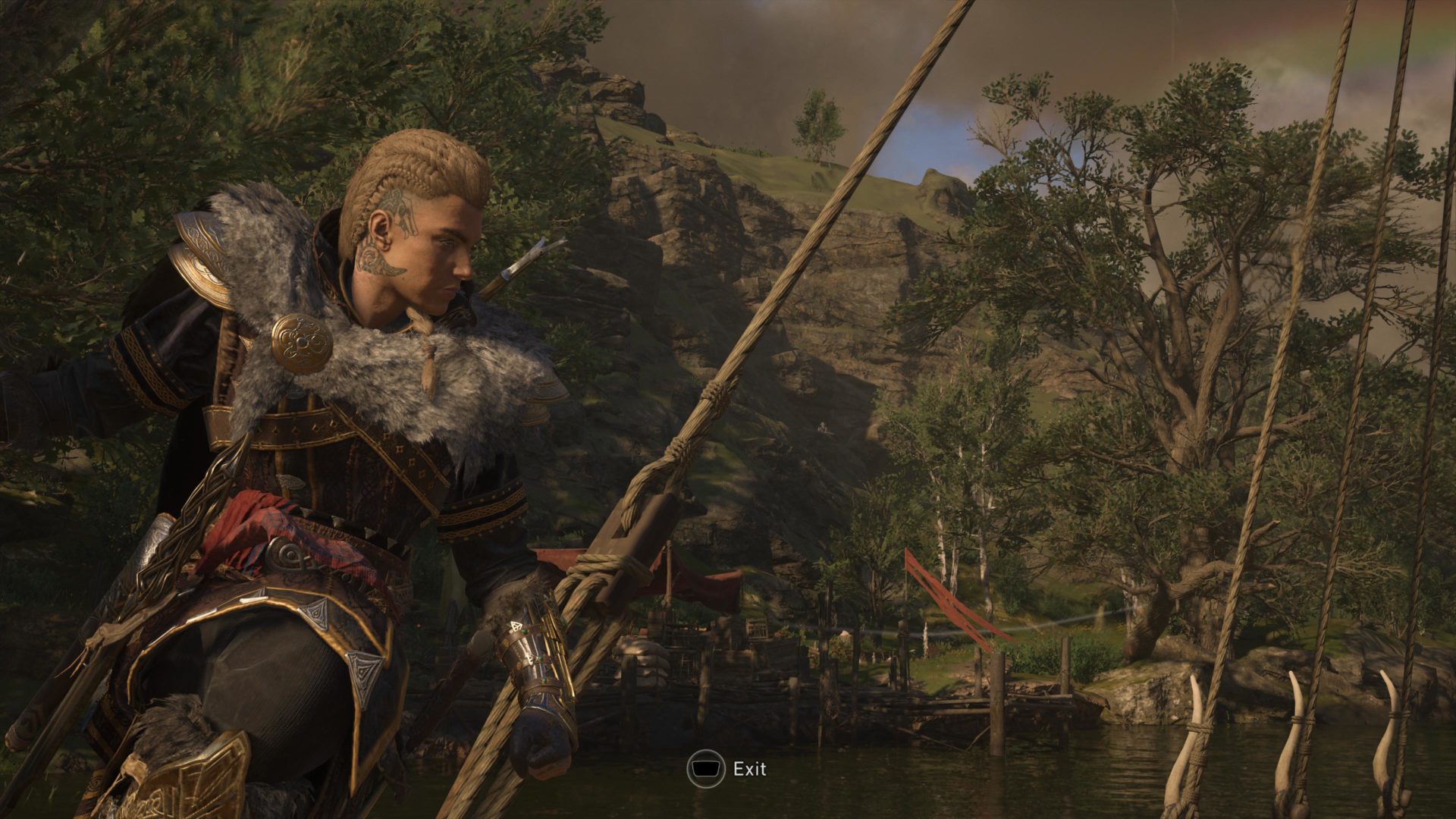 When it comes to the main quest story in Wrath of the Druids, I also can’t help feeling really let down. I mean you would think that with the expansion itself being called Wrath of the Druids that it would lean heavily into Druid mythology, but it doesn’t. It is still mostly just a political merry go round of trying to stabilize the region by doing the exact same things you did in other regions except for another new activity using Pigeon Carriers which grants quests that build favours with the local region king. That feels so half-baked as I only did it twice because the story mandated it and just never bothered afterwards at all. Then you go through the same motions as you have before and the expansion ends.

The new characters like Ciara, Barid and Flann Sinna are interesting but ultimately feel unmemorable. I think I would probably remember Ciara the most just purely because of her beautiful singing and nothing else. 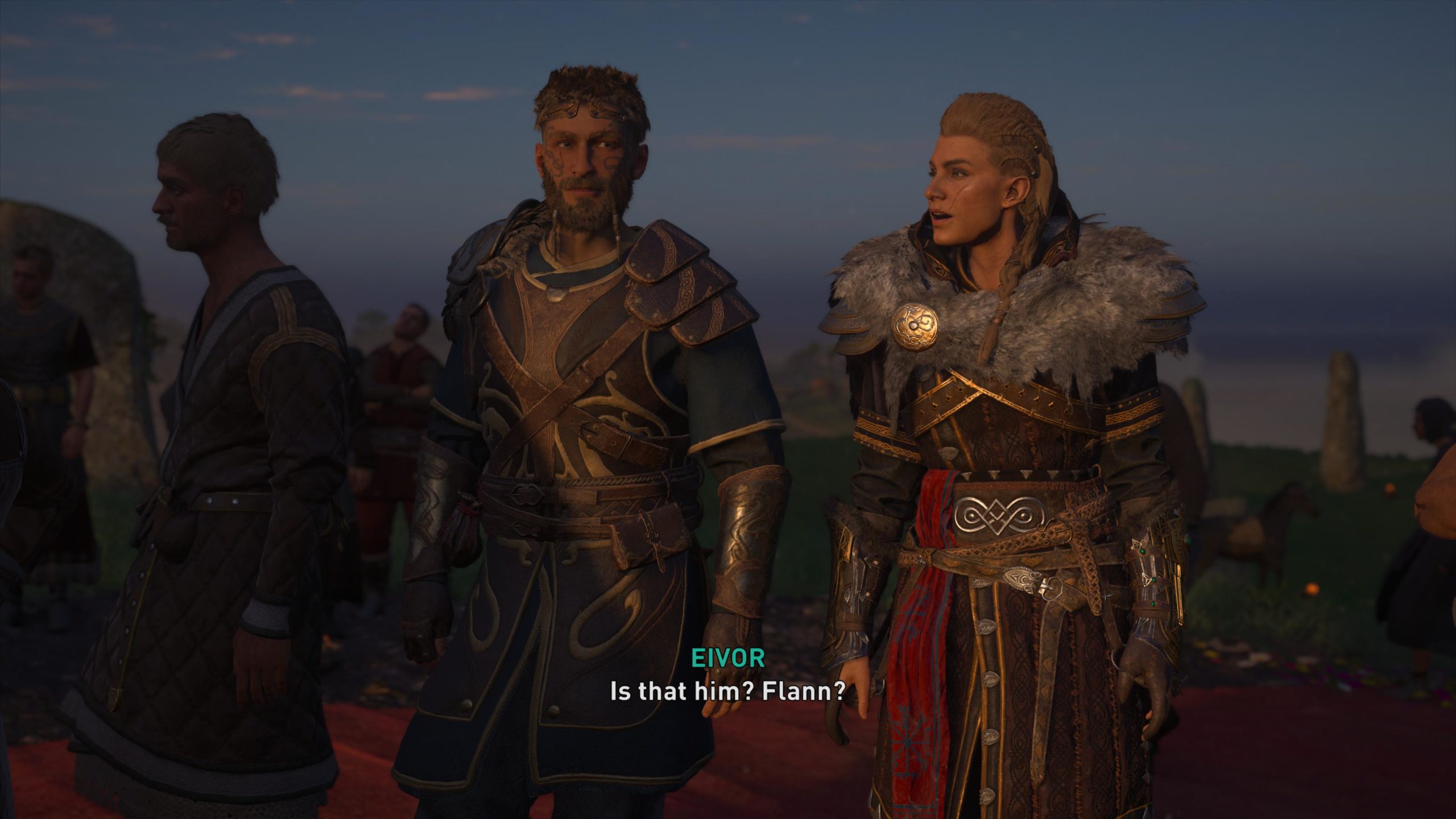 What I Thought Was Just Okay 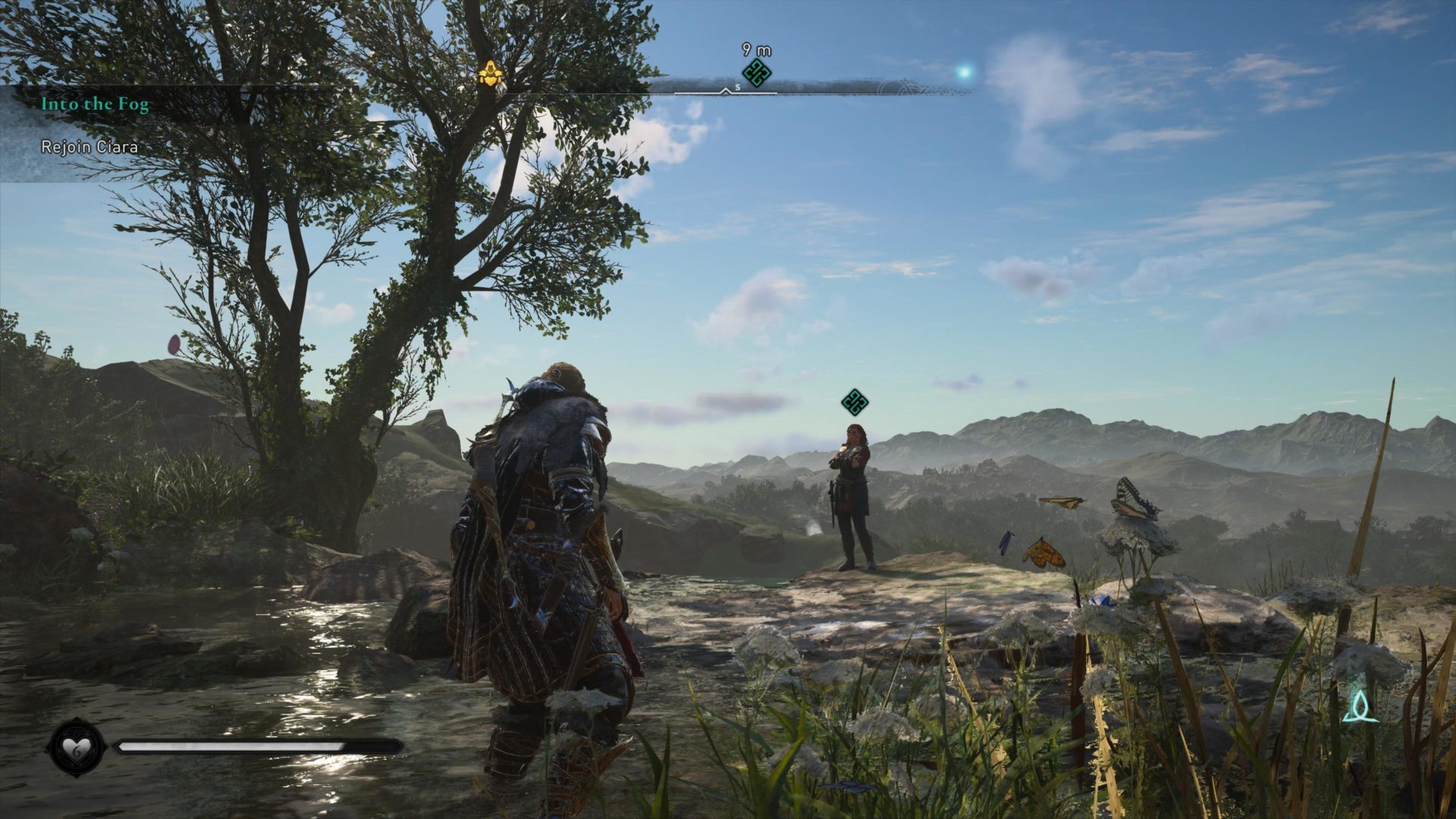 The Past Is Our Past And Not Our Future

It’s ironic how that was a line spoken by one of the characters in this expansion that fits well as to how I feel about it. It is another solid effort by the team but ultimately what does it build on? Eivor’s journey was an exceptional one but it really did go on for far too long. I actually tried to look at it from multiple perspectives such as maybe the game was designed as a journey meant to span weeks or months of playtime so the player can always come back to it but never get burnt out but honestly that’s just wishful thinking. It was just too much of a good thing and this expansion is meant to slot into that already long journey. Sure it looks great and plays well enough but it doesn’t really bring anything new to the table and doesn’t feel essential at all. However, if you are a player that loved the entire experience of Valhalla from start to finish it is definitely going to scratch that itch. If you are one of those players that did feel burnt out, it’s just an easy pass because at the end of the day Wrath of the Druid just feels solidly uninspired.