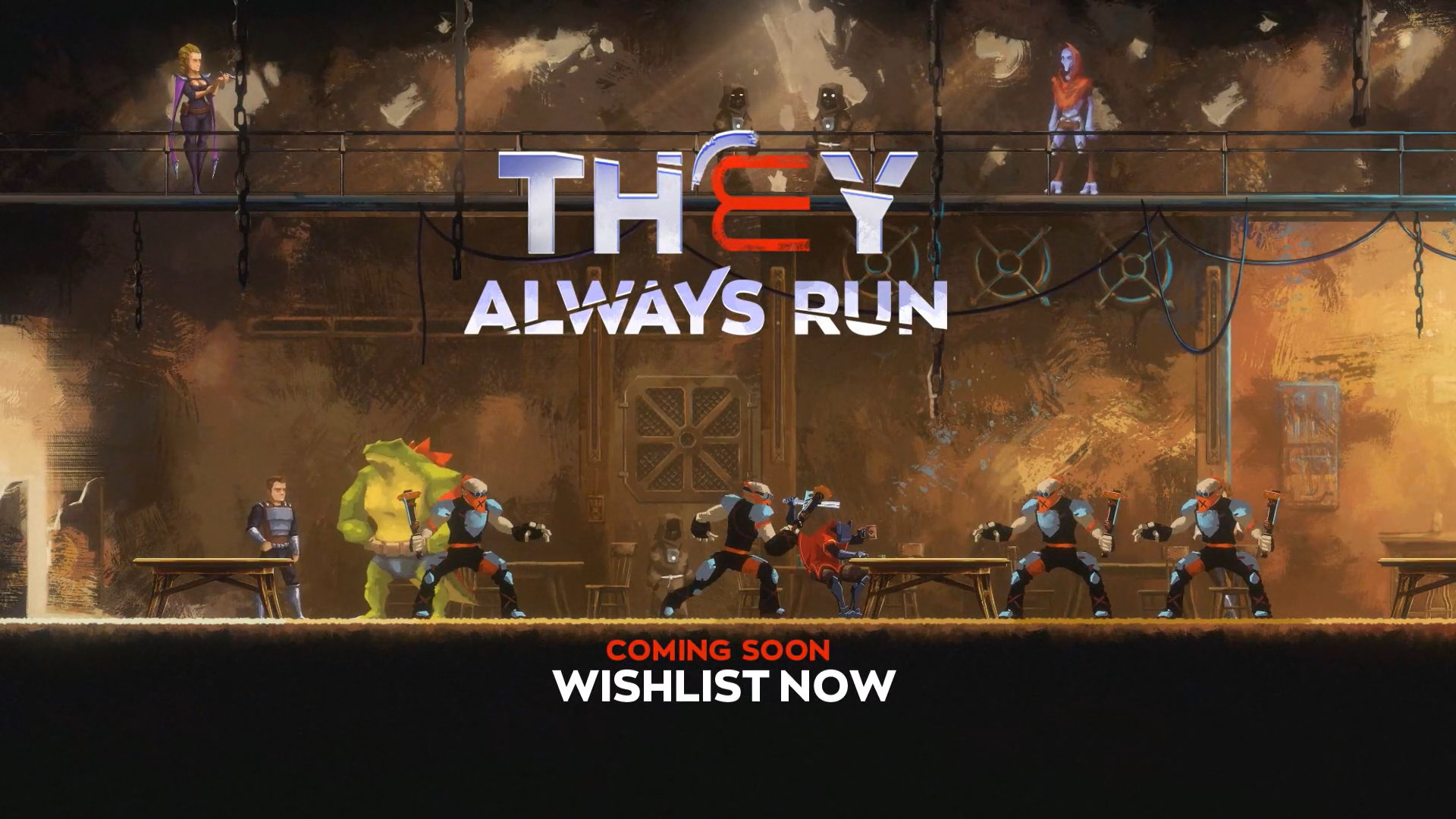 Alawar has announced the development of a 2D action game that’s sure to appeal to fans of space westerns. They Always Run is being developed by the company’s internal division, known for such projects as Distrust and I am not a Monster. A game about a three-armed mutant who hunts the most dangerous criminals in the galaxy.

The game takes place in an alternate future in which the Empire has fallen and all inhabited worlds have descended into crime. In such times, there’s a high demand for people who can find anyone, anywhere – from the central worlds to the outskirts of civilization.

Players will take on the role of Aidan, a three-armed mutant who hunts the most notorious bounties in the galaxy. Some bounties are rewarded with money, others with valuable information that Aidan can use to find his real targets: the people behind a galaxy-wide conspiracy.

The galaxy’s inhabitants have been swamped by crime since the fall of the empire. Being able to find anyone, anywhere has become a highly prized skill.

Aidan is a three-armed bounty hunter who must hunt down the most dangerous and elusive cutthroats in the galaxy.

Some bounties are rewarded with money, others with valuable information that Aidan can use to find the people who set him on this path – all while getting embroiled in a galaxy-wide conspiracy.

Having three arms lets you deal with more enemies at once and makes for a persuasive argument in any scuffle. Use your third arm to perform targeted attacks and throws, manipulate the environment, destroy obstacles, and wreck enemies.

Hunt criminals across the fringes of the galaxy, the core worlds, and the ruins of long-gone civilizations. Upgrade your equipment, gain new abilities, grow stronger and destroy anything that stands in your way.

Enjoy a complex story interwoven with high-octane gameplay and full of twists and turns that hit as hard as a bounty hunter’s third arm!

According to Alawar, players can expect a complex story, deep gameplay and a unique graphical style. They Always Run does not have an exact release date, but it is expected to appear on Steam sometime in 2021.

Meet Aidan, a three-armed mutant who hunts the most dangerous bounties in the galaxy. Catch, slice, dice and destroy enemies in They Always Run, exciting 2D platformer in a space-western setting made by Alawar.

Share
Facebook
Twitter
WhatsApp
ReddIt
Tumblr
Telegram
LINE
Previous articleEnter a nightmare in Strangeland, a poetic horror point and click adventure coming to PC on May 25th
Next articleFind a way out of your dad’s video game with launch trailer of Kingdom of Arcadia

Wield All the Power of Big Brother, and Hack Your Way to Solving Crimes in ‘Song of Farca’

Demon Skin prepares to rip, tear and flay monsters on PC from April 13th and on console later this year