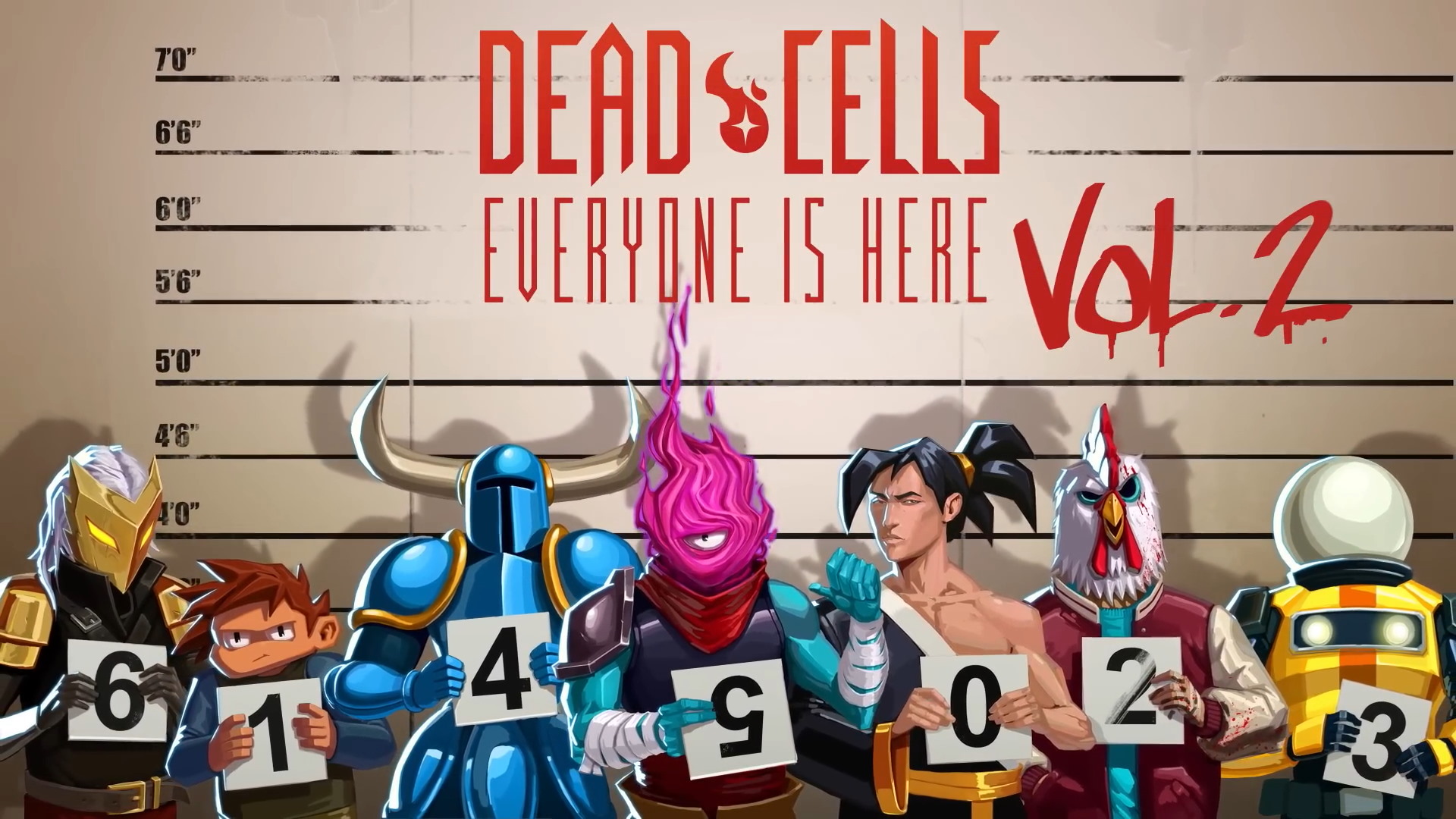 Right now, players can give The Beheaded some fancy, familiar-looking duds alongside new weapons and unique lore rooms. In a massive collaboration, Motion Twin and Evil Empire are bringing the stars of numerous indie hits such as *deep breath* Shovel Knight, Katana ZERO, Slay the Spire, Hotline Miami, Risk of Rain and Terraria into the dungeons on PlayStation 4, PlayStation 5, Xbox One, Xbox Series X|S and Nintendo Switch.

You can also pick up Dead Cells, along with Shovel Knight, Katana Zero, Slay the Spire, and Risk of Rain in a brand-new glorious indie bundle on Steam starting now. Prices may vary as this is a “complete the set” bundle.

Players can unlock outfits for characters from the indie hits you know and love, letting them dash through the dungeon dressed as Hotline Miami’s Jacket or slice enemies in two with a Shovel Knight-inspired costume. That’s slaying with style, baby.

The outfits don’t just give players the chance to see The Beheaded in new fashion, though. You can also tear up enemies in Dead Cells using the signature weapon of each hero. Move swiftly through each level using Jacket’s infamous baseball bat or the iconic Starfury sword from Terraria and test your mettle against bosses to see which weapon and approach will work best.

A full list of new outfits and their corresponding weapons can be found below.

Straight from @RiskofRain, the Commando drops into #deadcells with the deadly Laser Glaive! It's irresistibly drawn to foe after foe, dealing more damage after each hit. Shout out to @hopoogames for letting us include them in our indie crossover update, here tomorrow! #riskofrain pic.twitter.com/6mwgeHBri8

These weapons also come with their own special traits and abilities. The Diverse Deck lets players cycle through passive effects based on Slay The Spire’s four different characters. Matching the game’s card-based mechanics, switching from one class to another also triggers a separate “discard” ability. For example, drawing a card that matches the Watcher class gives players the Foresight ability, which lets them avoid damage every few seconds as a passive ability. Switching to a different class from Foresight makes players immune to all damage for a few seconds.

Another instance of this would be Jacket’s Baseball Bat, which lets players frantically attack stunned or rooted enemies for massive damage. Pretty dope. All these weapons can be randomly found in new lore rooms dedicated to each character’s game.

To unlock the character outfits, new riddles have been added to the book of clues in the Prisoner’s Quarters (the opening area). Players just need to figure out these new riddles then complete the challenges and voila! New duds.

With these badass new looks and weapons straight from some of indie gaming’s greatest heroes, you’ll be well on your way to putting the monsters and bosses of Dead Cells in their place.

Dead Cells comes back strong with Fatal Falls, the new DLC to be released on January 26th