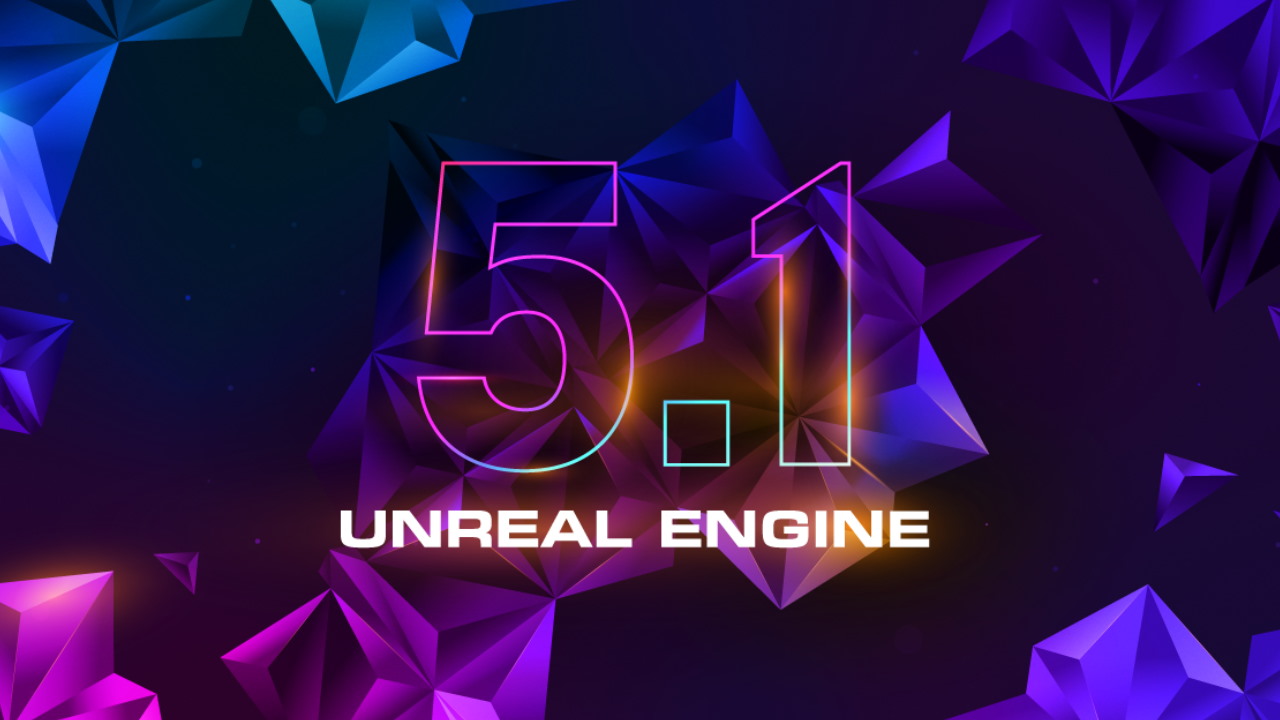 Unreal Engine 5.1 is now available, building upon the groundbreaking feature set introduced in UE5 to enable even easier and faster 3D content creation. A range of stress-tested new features and improvements in 5.1 make Unreal even more robust, efficient, and versatile for creators across all industries.

As over half of all announced next-gen games are being created with Unreal Engine, developers can now take advantage of updates to the Lumen dynamic global illumination and reflections system, the Nanite virtualized micropolygon geometry system, and Virtual Shadow Maps (VSM) that lay the groundwork for games and experiences running at 60 frames per second (fps) on next-gen consoles and capable PCs. These improvements will enable fast-paced competition and detailed simulations without latency. 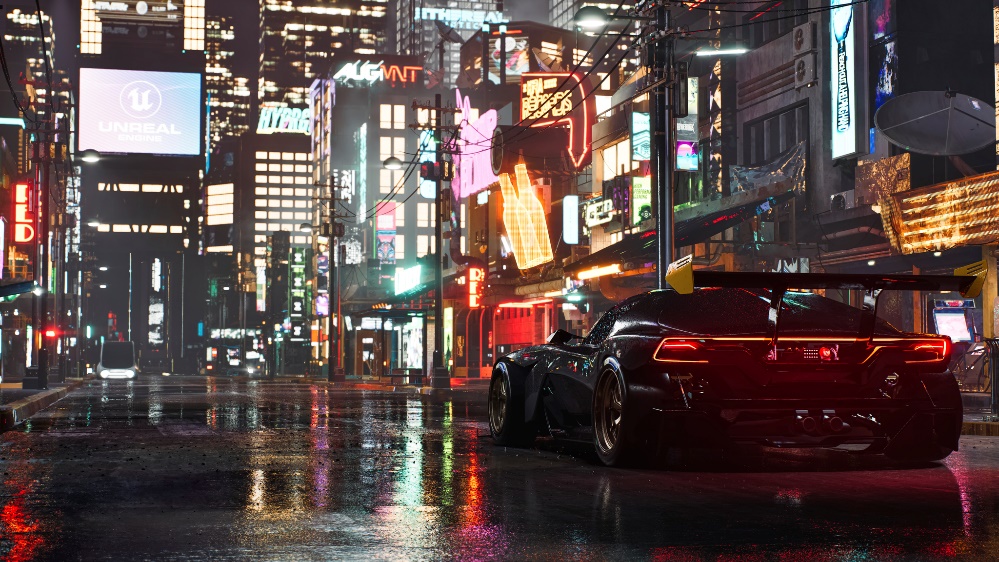 Additionally, Nanite has also added a Programmable Rasterizer to allow for material-driven
animations and deformations via World Position Offset, as well as opacity masks. This exciting development paves the way for artists to use Nanite to program specific objects’ behavior, for example Nanite-based foliage with leaves blowing in the wind.

UE 5.1 also adds several features to improve efficiency for developers of games and other large-scale interactive projects, helping teams be more productive. For instance, Virtual Assets decouple the metadata from the object data, enabling developers to sync only what they need from source control systems such as Perforce—resulting in smaller workspaces and faster syncs for developers who don’t need access to the full object data. The new automated Pipeline State Object (PSO) caching for DX12 simplifies the process needed to prepare a game for shipping in DX12. And lastly, on-demand shader compilation compiles only the shaders needed to render what is seen on screen while working in the Unreal Editor, which can result in significant time savings and increased interactivity. 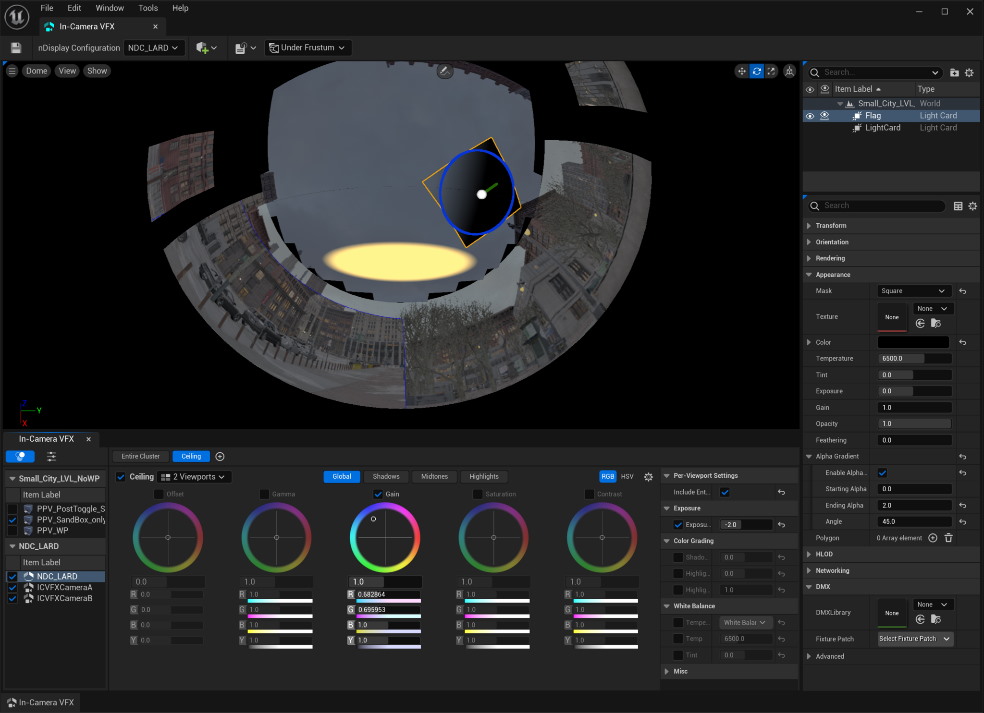 The ICVFX Editor also hosts an interface to an improved Light Card system that displays as a preview of the nDisplay wall. As well as making it intuitive and efficient to create, move, and edit light cards and save templates, the new light cards can retain their shape on the wall, eliminating distortion.

Also new in the ICVFX Editor are Color Correction Windows (CCWs) that enable color adjustments to be applied exclusively to anything behind them (similar to Power Windows in color grading applications), together with the ability to apply color corrections per Actor, which reduces the need for complex masking.

In Unreal Engine 5.1, the new Media Plate Actor enables OpenEXR support, enabling users to simply drag and drop footage from the Content Browser. In addition, users can now play back mipmapped and tiled uncompressed EXRs both in engine and with nDisplay with the appropriate SSD RAID, and now have the ability to convert EXRs to the correct format for optimum playback.

Furthermore, Unreal Engine’s virtual camera system has been overhauled with a new underlying framework that utilizes Epic’s Pixel Streaming technology for improved responsiveness and reliability, and an updated UI with a modern camera-focused design that will be more familiar to camera operators.

Users also now have the ability to connect hardware devices, and will be able to customize the UI in the future.

Lumen, Unreal Engine’s fully dynamic global illumination and reflections system, now offers initial support for nDisplay in 5.1, provided the number of lights is modest (about 5-7 lights total, depending on graphics card). With Lumen, indirect lighting adapts on the fly with changes to the sun’s angle, lights, or position bounce cards, for example. Previously, these changes would have required a baking step that could pause production, interrupting the creative flow. UE 5.1 also adds improvements to GPU Lightmass, including support for Sky Atmosphere, stationary Sky Lights, light features such as IES profiles and Rect Light textures, and improved quality and performance across the board. 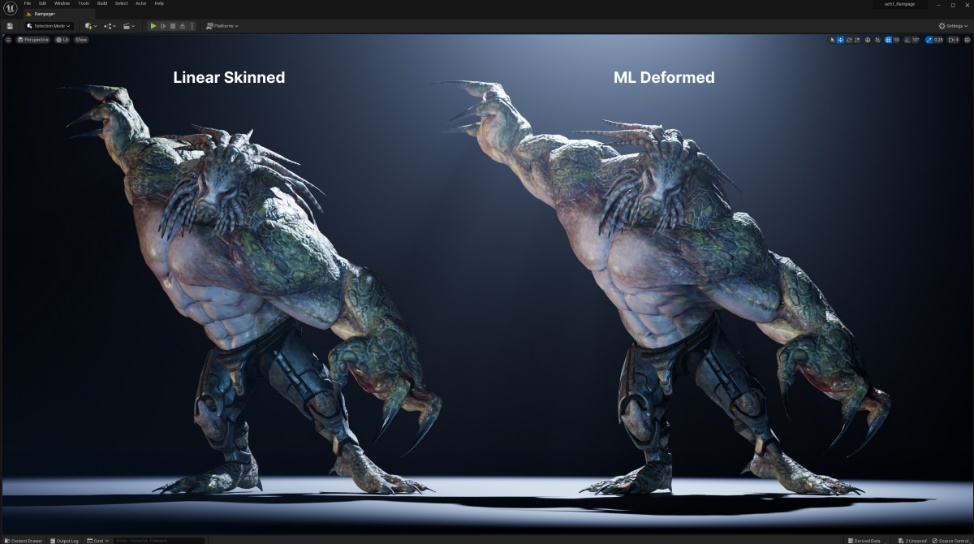 Unreal Engine usage in animation has grown exponentially, from 15 productions between 2015 and 2019 to over 160 productions from 2020 to 2022. For professionals working with animated content, particularly characters, Unreal Engine 5.1 offers several notable advancements to the engine’s built-in animation and rigging tools, as well as Sequencer.

Now in Beta, the Machine Learning (ML) Deformer generates high-fidelity approximations of nonlinear deformers, complex proprietary rigs, or any arbitrary deformation by using a custom Maya plugin to train a machine learning model, which in turn runs in real time in Unreal Engine. This enables users to simulate film-quality deformations, such as flexing muscles, bulging veins, and sliding skin. Other character deformation improvements include enhancements to the Deformer Graph Editor for easier graph creation and editing.

Also, Control Rig continues to expand toward fully procedural rigging, increasing the impact and scalability of rigging teams. Updates to the core framework include a new Construction Event that lets users generate rig hierarchies via a graph, and Custom User Events for creating and triggering rig events such as “Snap FK to IK.” With these updates, artists can create a single Control Rig asset that can build itself to fit characters that may have different skeletal proportions and properties—for example, the same Control Rig can adapt itself to a three-fingered monster or a five-fingered human without any changes to the rig asset.

Unreal Engine 5.1 also adds support for constraints in Sequencer—the engine’s multi-track nonlinear animation editor—including Position, Rotation, and Look-at. Users can leverage these to quickly and easily create and animate relationships between any Control Rig or Actors, for example, making a camera always follow a character; keeping a character’s hands on a steering wheel; animating a clown juggling balls; or constraining a cowboy’s hips so that he sits naturally in the saddle as the horse moves, while his hands hold the reins. Sequencer also sees additional functionality exposed through Blueprint and Python scripting, and a refactored UI/UX for increased stability and extensibility, and to improve animation authoring and editing workflows,