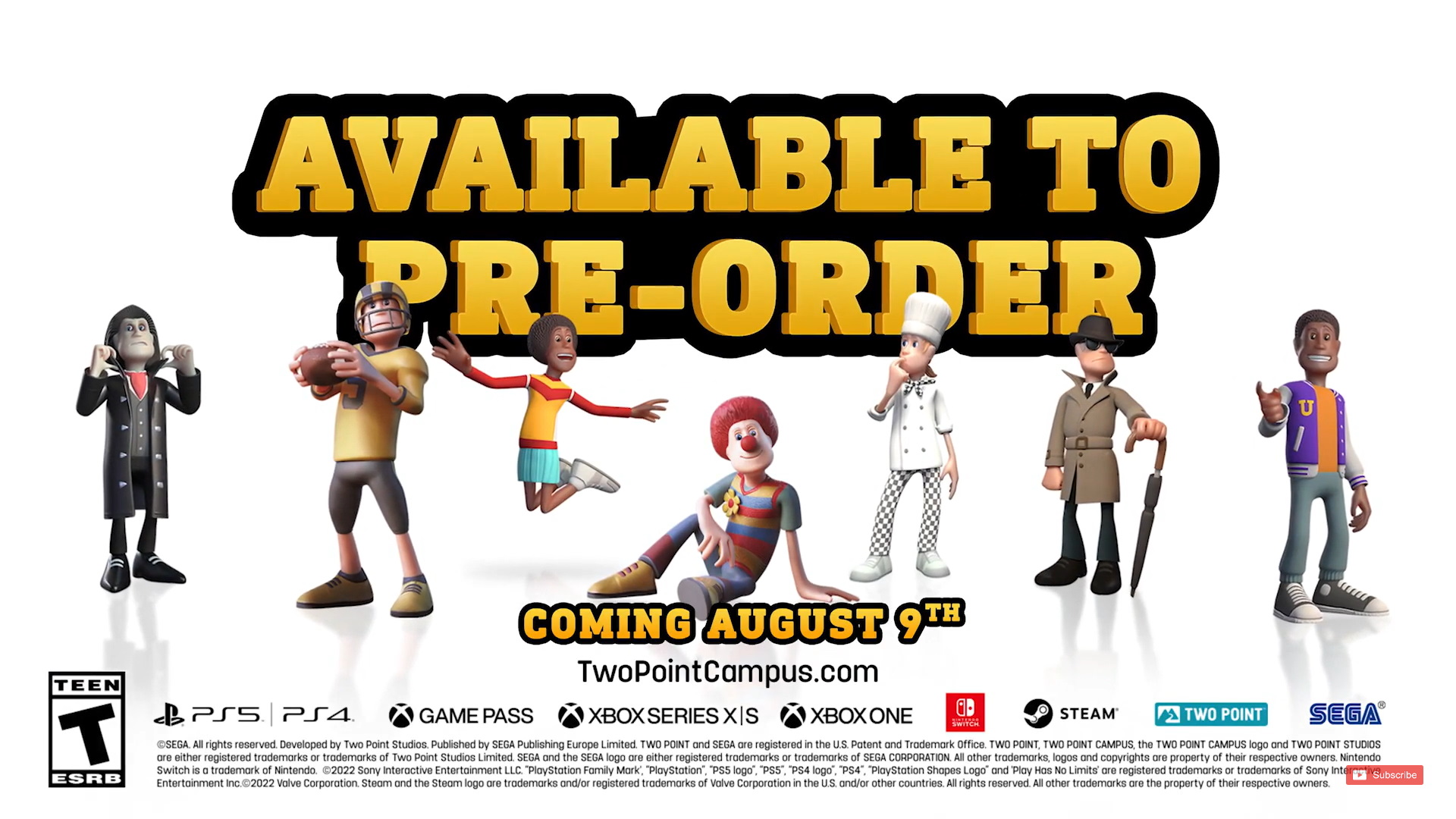 Two Point Campus Welcomes You To The Academic Year

People often wonder what really goes on at school when classes aren’t in session. Shenanigans? Witchcraft? Giant robots? In Two Point Campus, the academic year is your chance to prepare the perfect university for your students, then watch it all come together – or maybe fall apart. Check out the brand new trailer to see the academic year in action!

In Two Point Hospital, your interactions with patients lasted only as long as they needed treatment. At Two Point Campus, the academic year gives you the chance to connect even deeper with your students. During summer break, you’ll customize your campus, choose which wild and wonderful courses you want to offer, and make sure everything is up to Two Point County’s impeccable standards. Once you’re feeling good to go, the academic year kicks off and students can flood into marvel at your masterpiece.

We've added a bunch of slick new tools so you can make your campus totally unique to you.

Grab a packet of Cheesy Gubbins, kick back and let us take you through them! https://t.co/1osgeDR1Yg pic.twitter.com/y5768hVKPU

The job is far from over, though. You’ll need to keep students entertained to keep them happy, well-rounded individuals. Throw a dance party in the student union, and maybe install more Love Trumpets to inspire heartfelt romantic confessions. Students struggling with their homework? Hire a pastoral support assistant to lend an ear, or build some more study cubicles. At the end of each academic year, you’ll be graded based on student performance. So…are you an all-star educator destined for tenure or a flunked-out failure?

Two Point Campus is a charming university management simulator that lets you live out your dream of running your very own campus environment – complete with wild and wacky courses like spell-casting wizardry, dragon-slaying knight school, or top-secret spy school.

We are SO excited that Two Point Campus is also coming to consoles day one!

Which platform are you getting it on!? pic.twitter.com/myfdAeIgrK