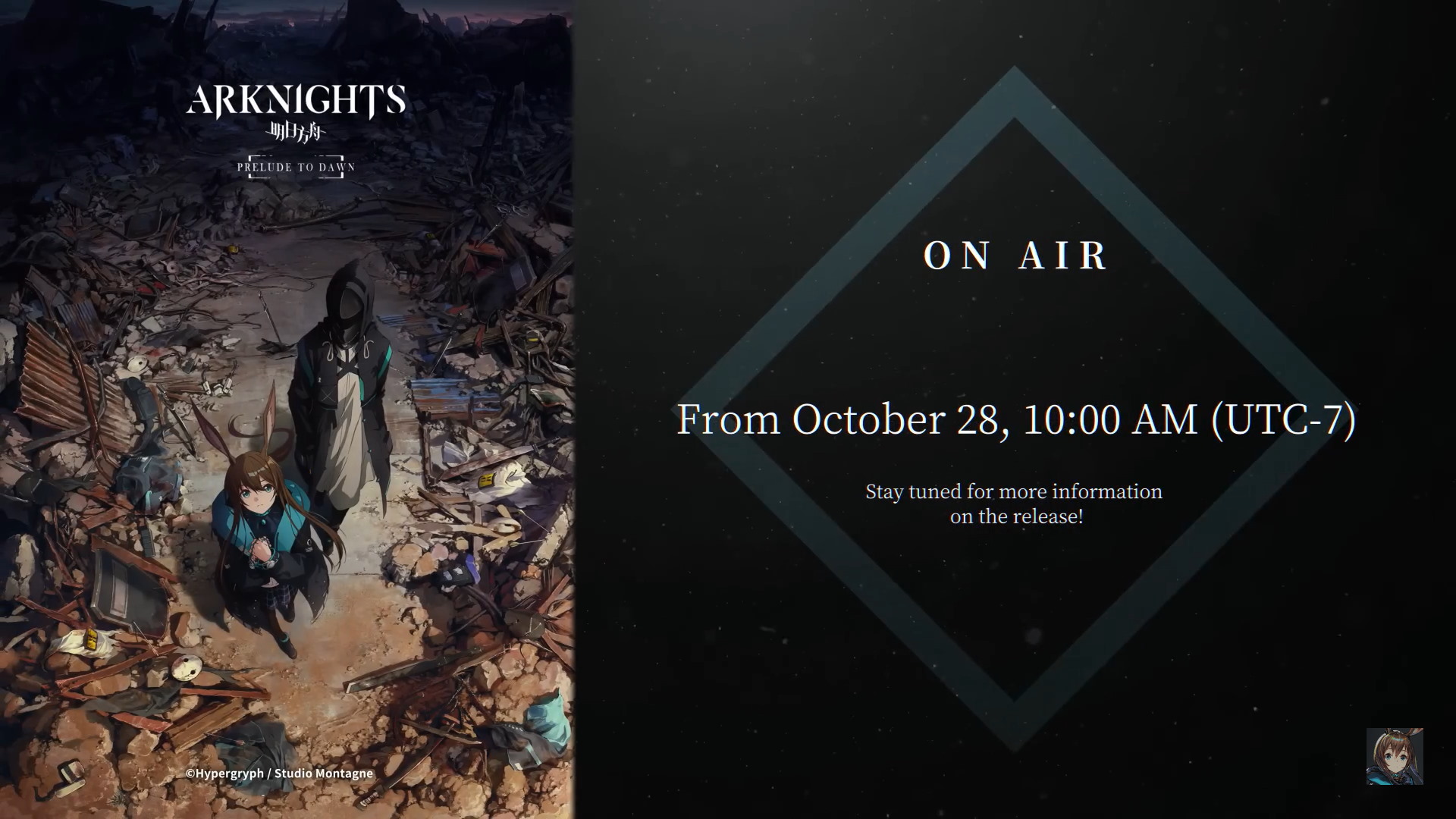 Developed by Hypergryph and published overseas by Yostar Games, the mobile RPG Arknights has been launched worldwide for around 3 years. Its unique art style and gameplay have attracted numerous players, received a nomination as The Most Popular Game on Google Store and ranked in the Top 10 Highest-Grossing Games in both the App Store and Play Store in multiple countries.

However, Arknights pace has not slowed down. After an 11-month wait since the announcement of the Arknights animation adaptation project, the anime series Arknights: PRELUDE TO DAWN is finally being released, bringing vivid characters and a worldview that continues to expand the influence of Arknights.

The highly-anticipated anime series Arknights: Prelude to Dawn, premieres on October 28 at 10:00 a.m. (UTC-7). Audiences can experience and enjoy the animated story of Terra on Crunchyroll. Check it out!

About Arknights: PRELUDE TO DAWN

Arknights is set in a ruined world, Terra. Catastrophes of unknown origins occur across the lands. Wherever the Catastrophes hit, large amounts of crystals known as Originium can be found, bringing an incurable disease, Oripathy. Those infected with Oripathy are granted great power but are also a new source of infection. Discrimination and oppression grew amongst the suffering masses, and as a result, a mysterious rebel faction called Reunion Movement formed, and swore to shake the world.
A separate faction, Rhodes Island, a pharmaceutical company, gathers with both infected and non-infected people, working hard to find a cure for Oripathy, choosing to take up arms and walk its own path. Two factions with similar backgrounds but different Philosophies are about to meet, and so the story of Arknights begins.

Check out the Previous Trailers here: