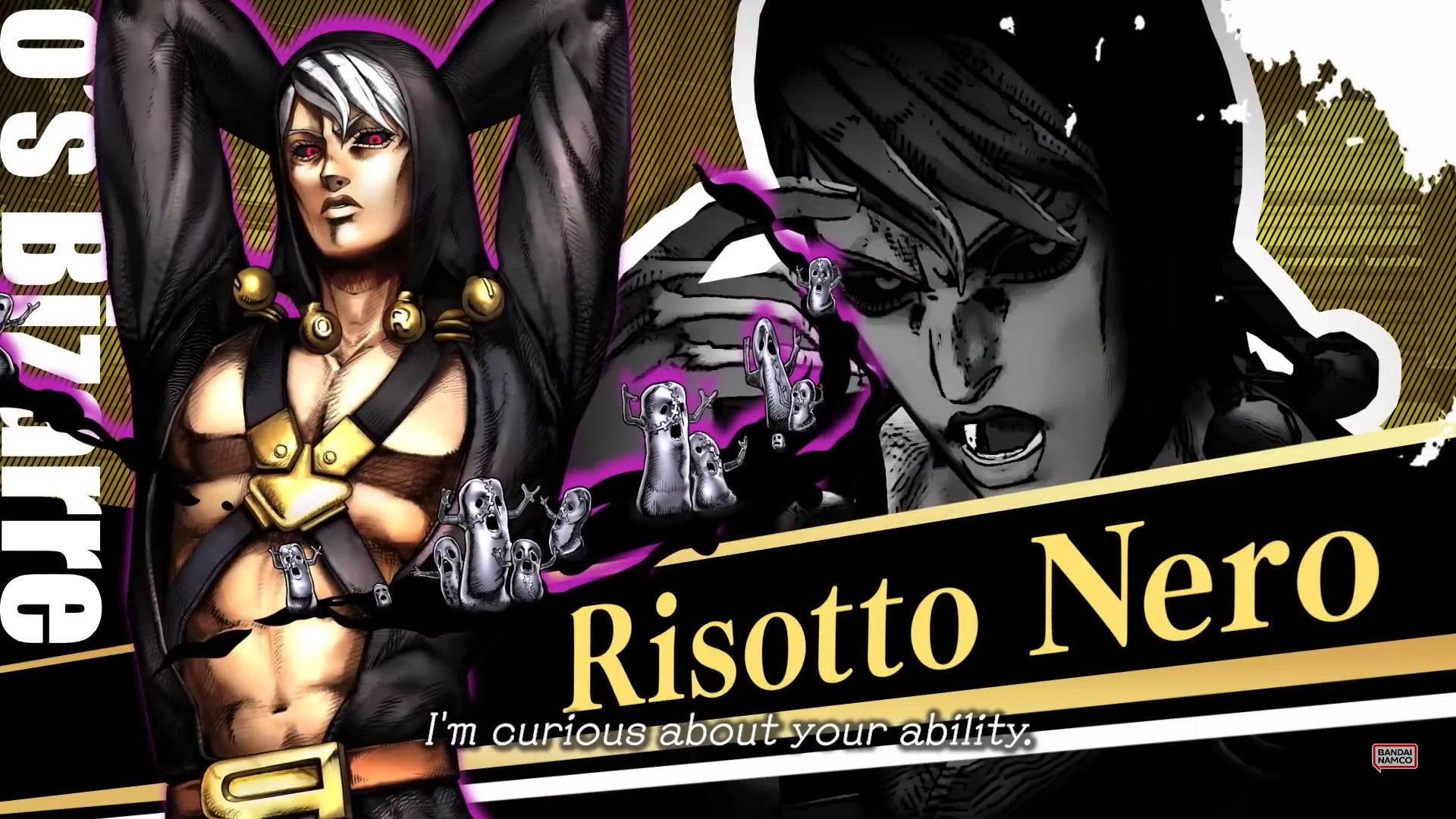 As the leader of the assassination team La Squadra Esecuzioni, Risotto Nero can tap into his Stand’s special moves, and harness powerful magnetic abilities within his blood. Risotto’s moves let players manipulate iron in the air or on the ground to inflict deadly damage against enemies, turn invisible by reflecting light off iron particles, and possess other users’ Stands.

For more of our past review of the game, check it out here