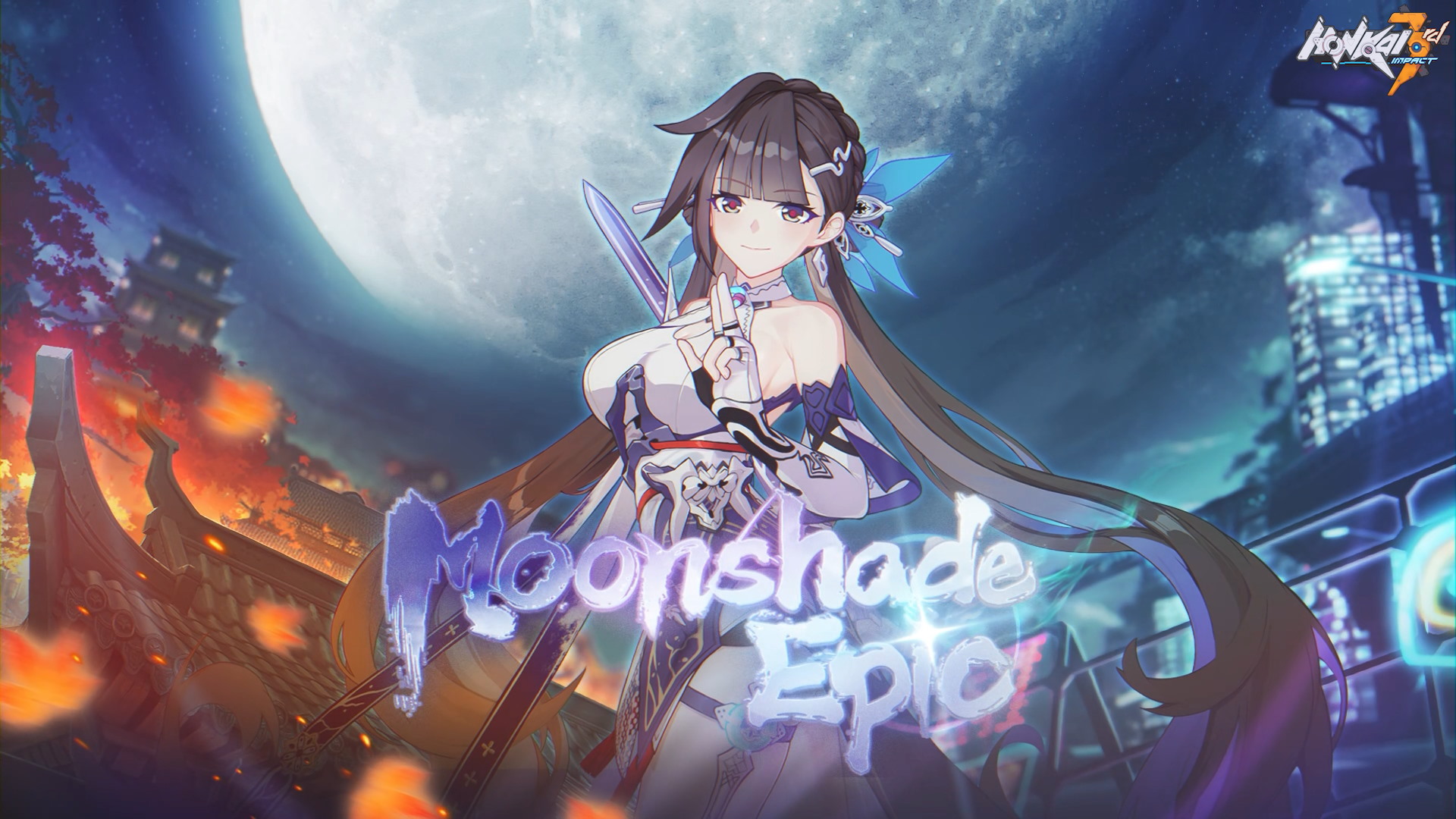 The Honkai Impact 3rd team announces that the action title will enter v6.1 Moonshade Epic on October 27th. Li Sushang, a swordswoman born in Shenzhou five hundred years ago, will come aboard! In the upcoming event Midnight Chronicle in v6.1, Captains can get to know the chivalrous deeds of Li Sushang while experiencing her obsession with Tales of Xia: Phantasia. Besides, in the latest main story, a brand-new adventure will begin on the moon, where more scenes and characters are yet to be unveiled.

Honkai Impact 3rd is set in a modern world corrupted by mysterious energy known as Honkai. A tenacious resistance formed by Valkyries, brave girls carrying anti-Honkai genes, leads humanity in awar of survival and fights for everything that is beautiful in the world. 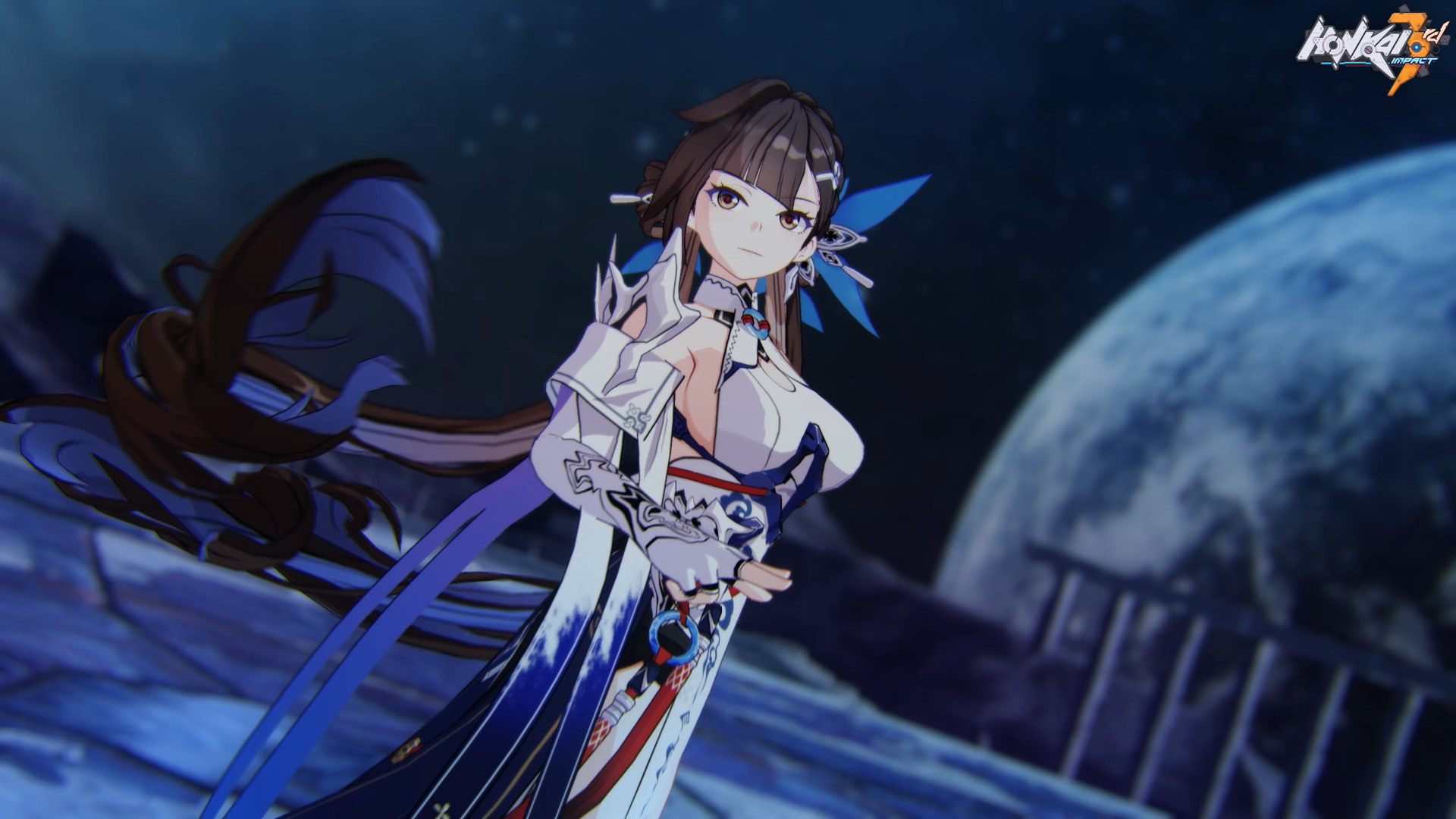 Since its launch on mobile devices, the game has won an international following and frequently topped App Store’s and Google Play’s download charts. The game was ported to PC in late 2019 with cross-save support, and will also become available on the Epic Games Store during v6.1, making the Honkai-verse more accessible than ever! The launch date on Epic will be announced later. 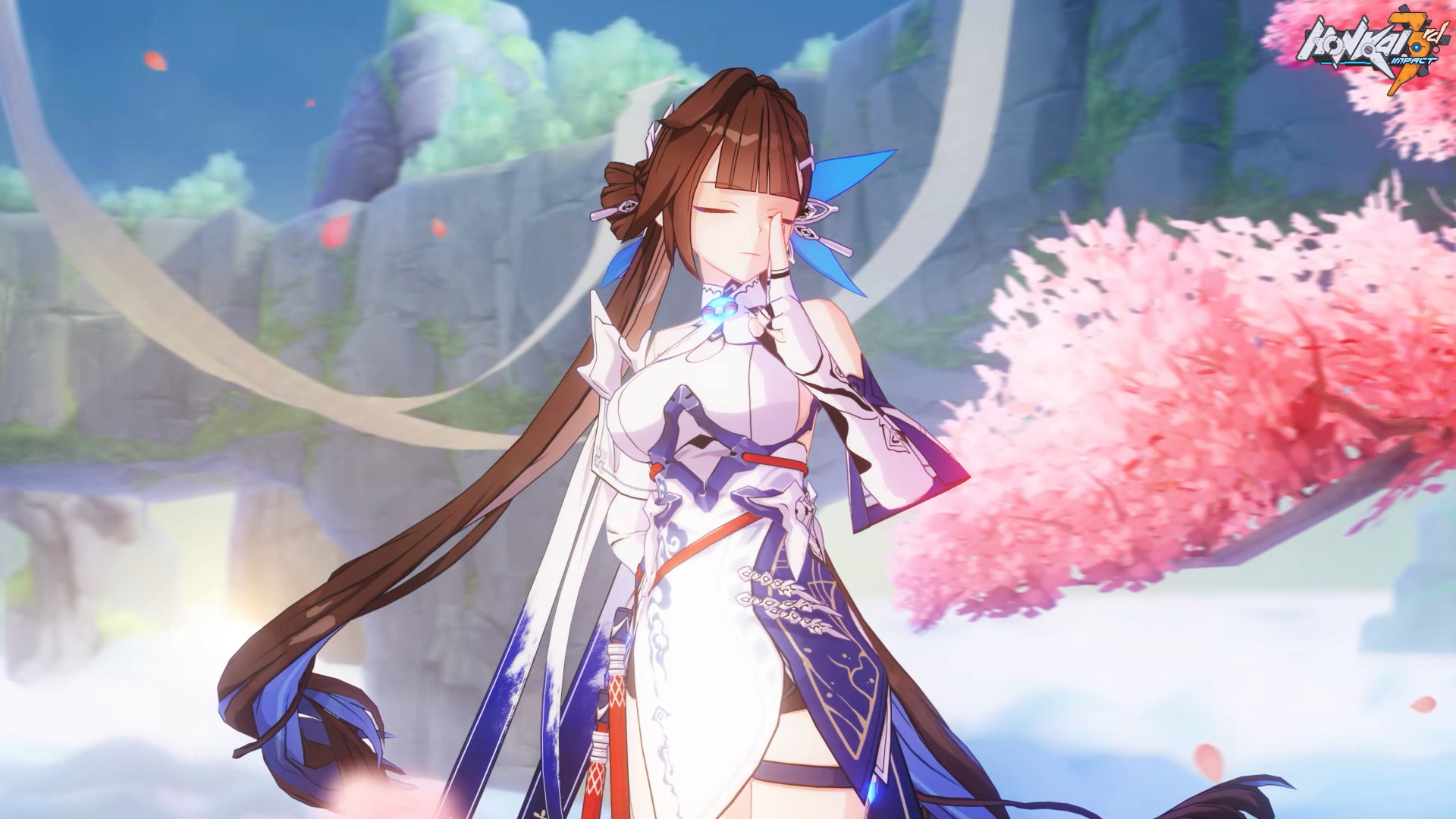 In the upcoming v6.1, the Jade Knight, Li Sushang who has been in hibernation for centuries, wakes up and starts her new adventures in the current world. In the distant past, she was the star pupil of the Wanderer’s House, heading out on a solo journey and taking on trials –all before she found herself caught in a storm of conflicts and got severely injured. Otto used Schicksal tech to cryogenically freeze her, and did not wake her up until in Kolosten. As the journey of Li Sushang continues in the current world, everything seems so fresh and filled with wonder. Her bold and carefree nature helped her to quickly adapt to the new environment, and she has even become a fan of video games, with skills just as superb as her martial arts! As an S-rank PSY-type dealing Ice DMG, Li Sushang wields a blade for melee attacks and generates flying swords for ranged attacks. 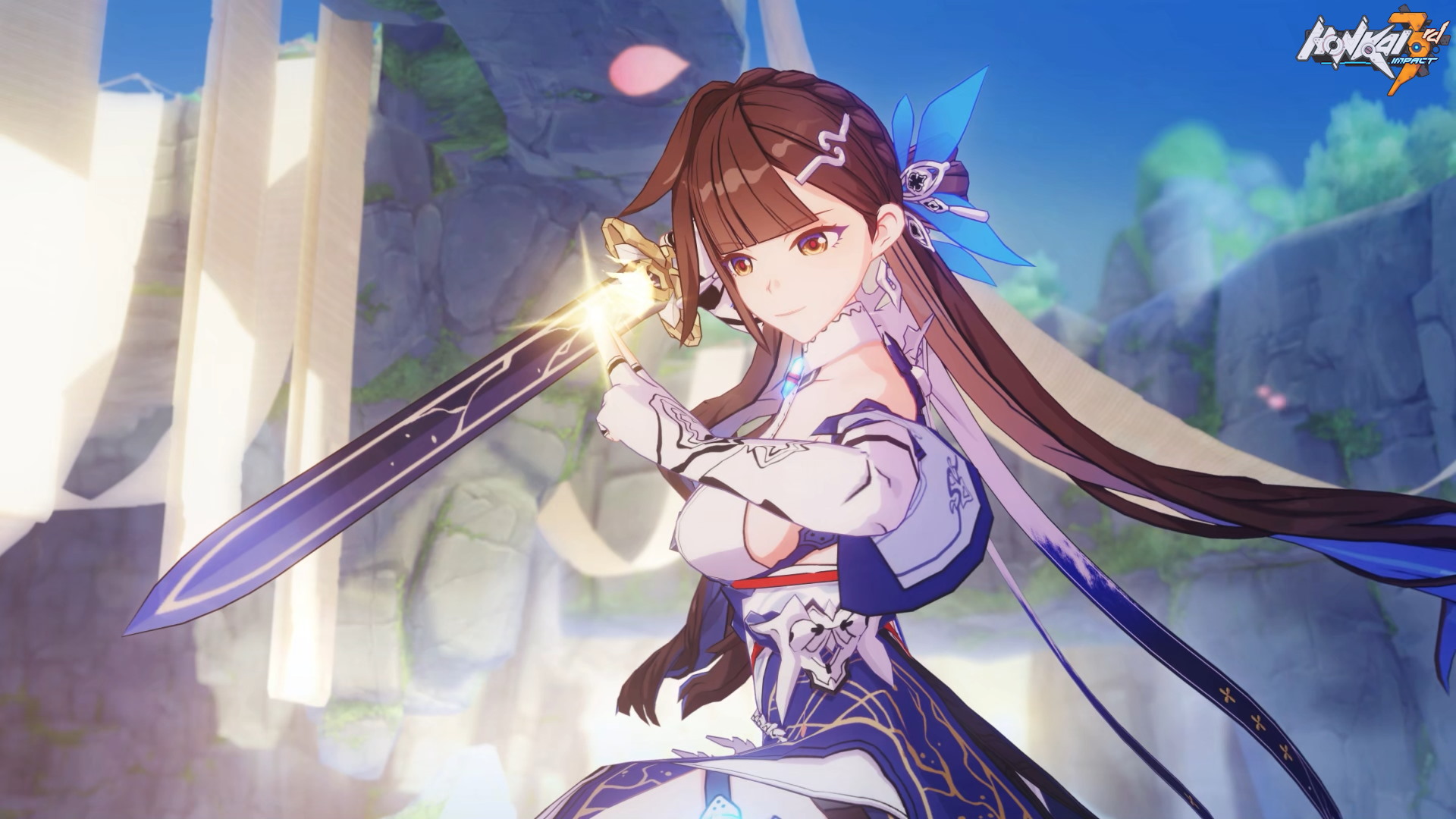 When on the battlefield, she can stand firmly on her sword while using her agility to blink throughout the Sword Array. She can also constantly summon flying swords to strike enemies and trap them in the array, doing it all with grace and agility. Her Ultimate, Blade Eminence, summons a colossal sword from above to dominate the field with crushing momentum! During the skill cast, all skill and stage timers are paused. Ice DMG dealers on the team receive additional buffs, and enemies are subject to devastating damage. In the new version, the two-part event Midnight Chronicle sheds light on the chivalrous deeds of Li Sushang and also offers Captains the opportunity to enjoy the game Tales of Xia: Phantasia that she’s been obsessed with. Tales of Xia: Phantasia is a co-op event, where maps randomly reset daily with specific objectives for each map. There are 12 maps grouped under 3 types: speedrun, survival, and scoring, for players to go solo or play with friends and form a team of up to 4 members. 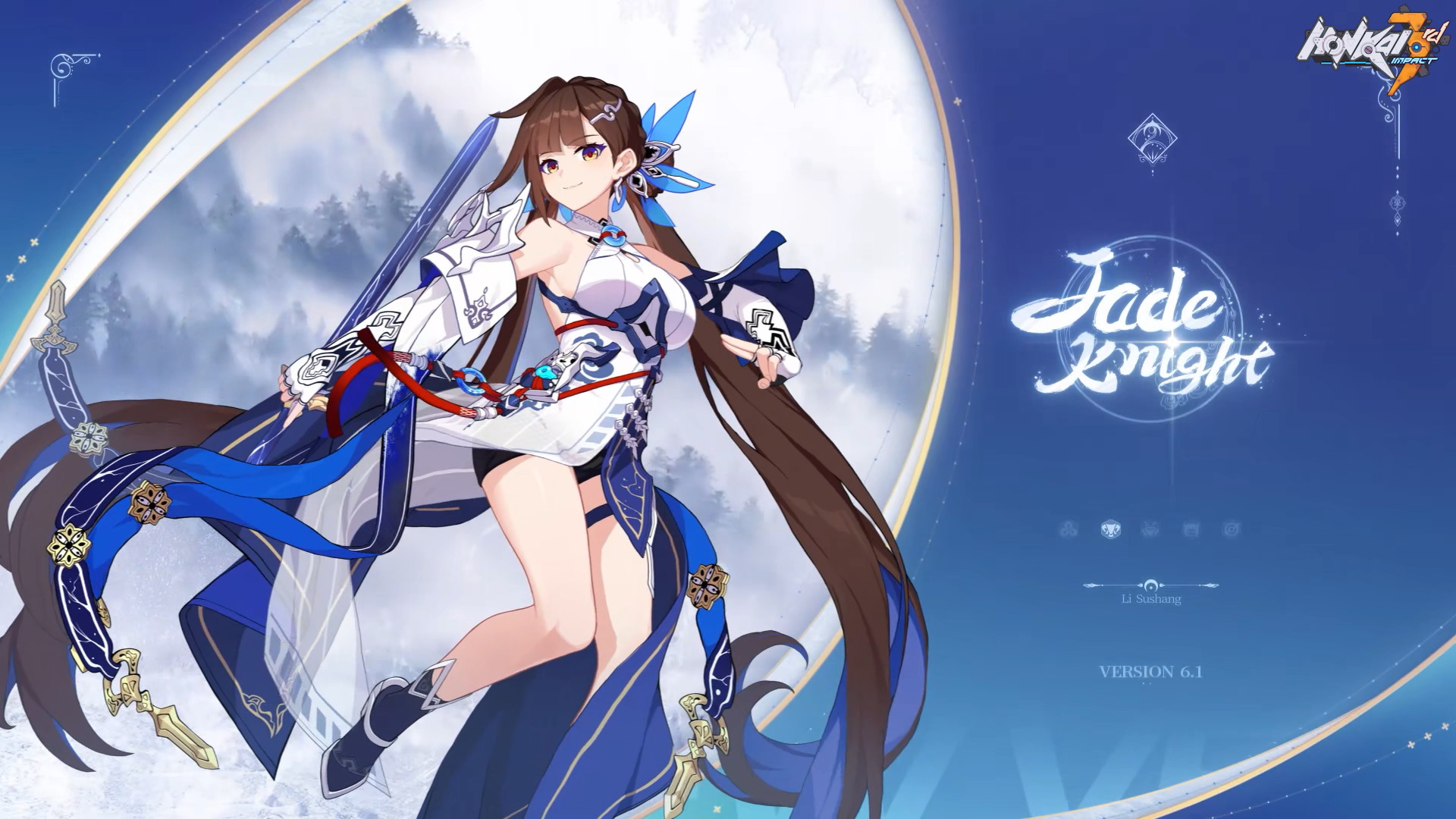 Play the event to get awesome rewards including Infinite Ouroboros’ outfit [Scorching Gravel]!The Story Chapter XXXII comes along with the version update, and will carry on the narrative from a new stage –the moon. This is also the final chapter of The Moon’s Origin and Finality, Part 1 of the main story. After a long separation, Kiana and Mei are finally going to reunite! The following versions will go beyond the moon’s surface to discover what’s going on down below with more scenes and characters available. 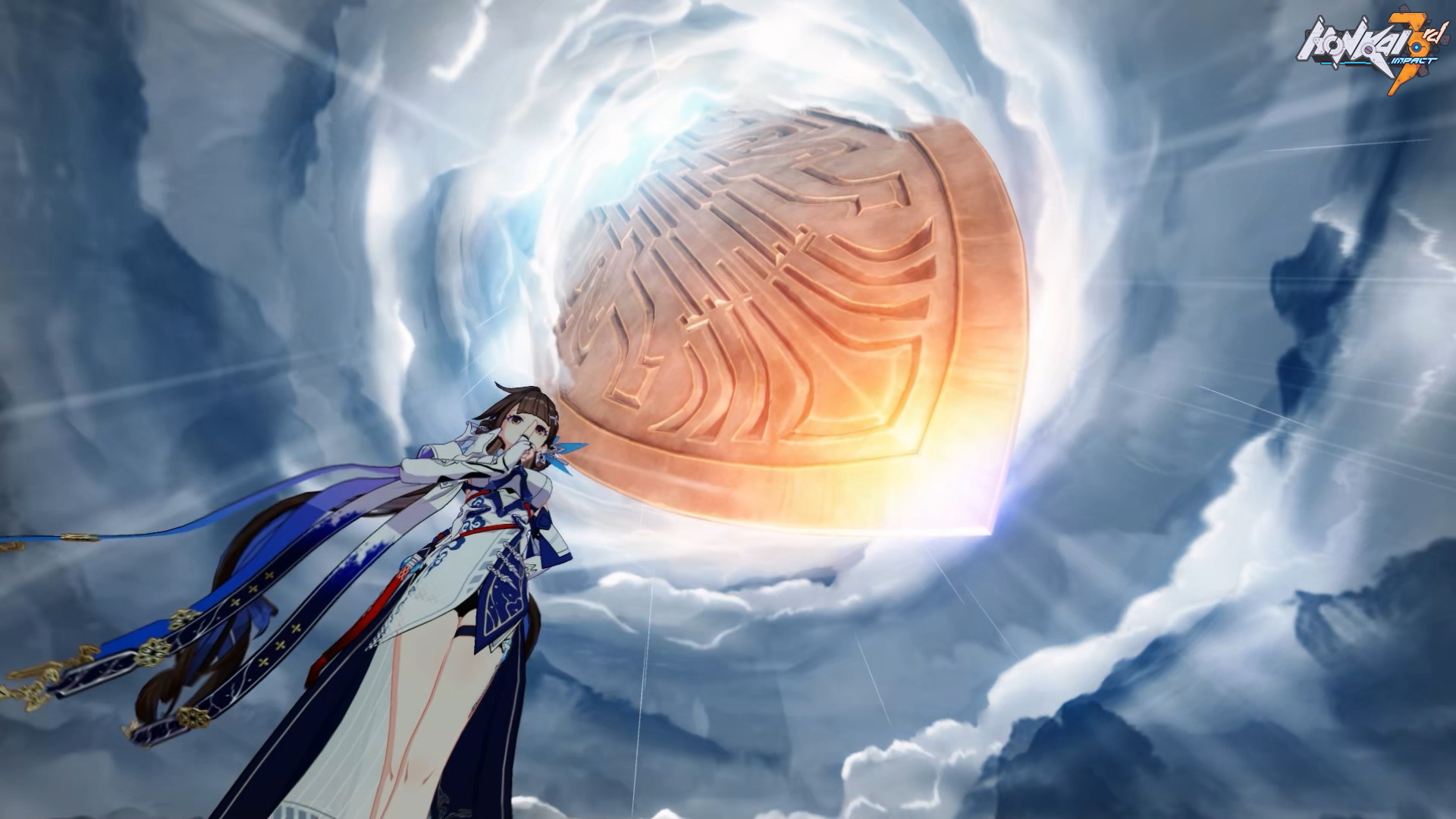