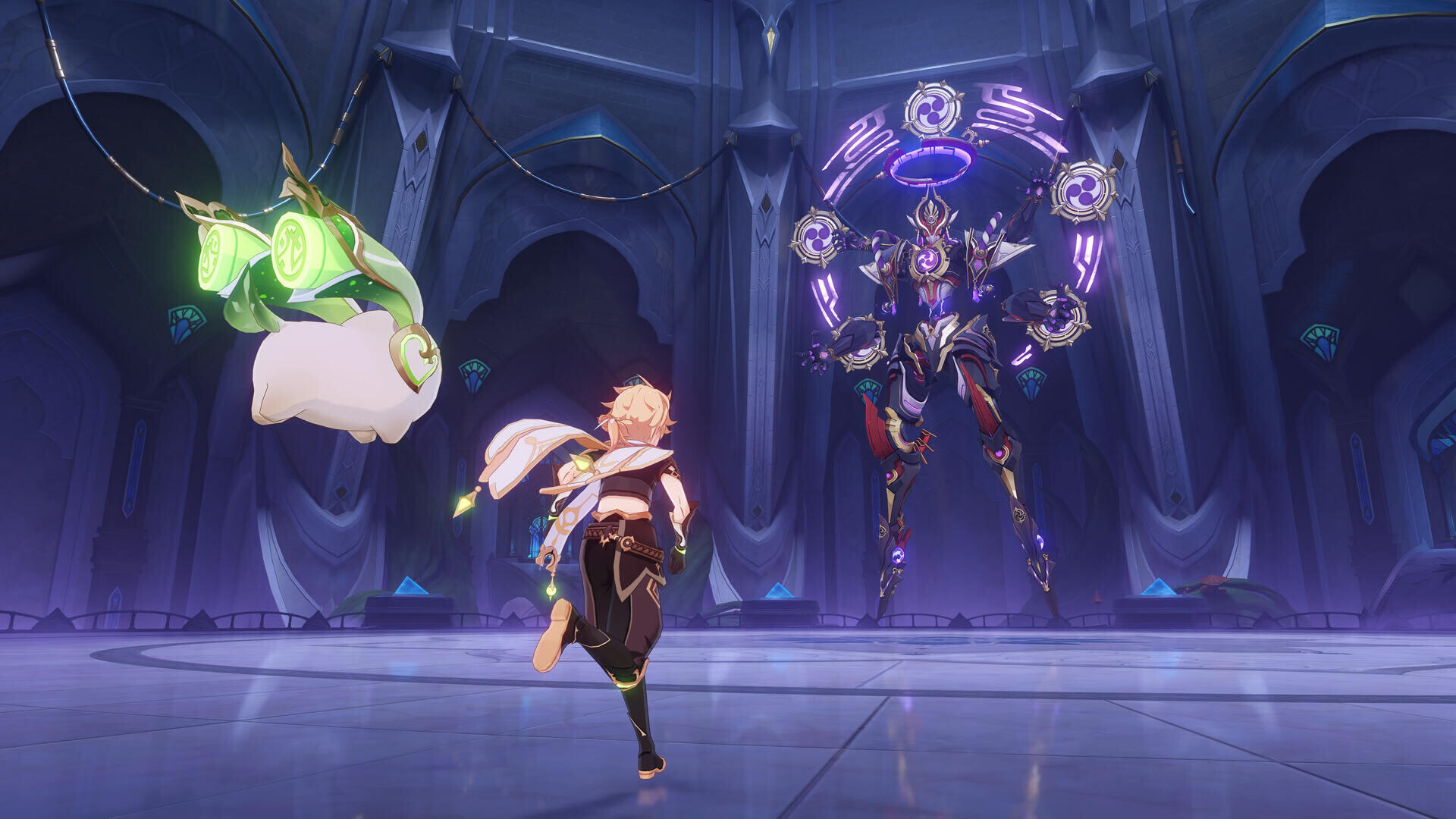 Global interactive entertainment brand HoYoverse announced Genshin Impact’s Version 3.2 “Akasha Pulses, the Kalpa Flame Rises” will arrive on November 2. With the latest update, Sumeru’s main storyline will culminate in a climax before coming to a grand finale, and more local allies, including Nahida and Layla, will be ready to join as playable characters. Meanwhile, more formidable opponents and fun events, including one to catch and train Fungi, will further enrich players’ adventures in the fantasy world of Teyvat.

After the Sabzeruz Festival, samsara and a thrilling trip into the desert, the Sumeru Archon Quest will finally conclude with its last chapter “Akasha Pulses, the Kalpa Flame Rises.” While the Traveler teams up with various characters to rescue Nahida from The Doctor’s nefarious plot with the Akademiya, the third Fatui Harbinger boss will stand in their way. During the epic boss fight, The Balladeer will transform into a massive mechanical-looking puppet with two forms and multiple elemental abilities. In this last stand, a little floating device might be the key to turning the tide. 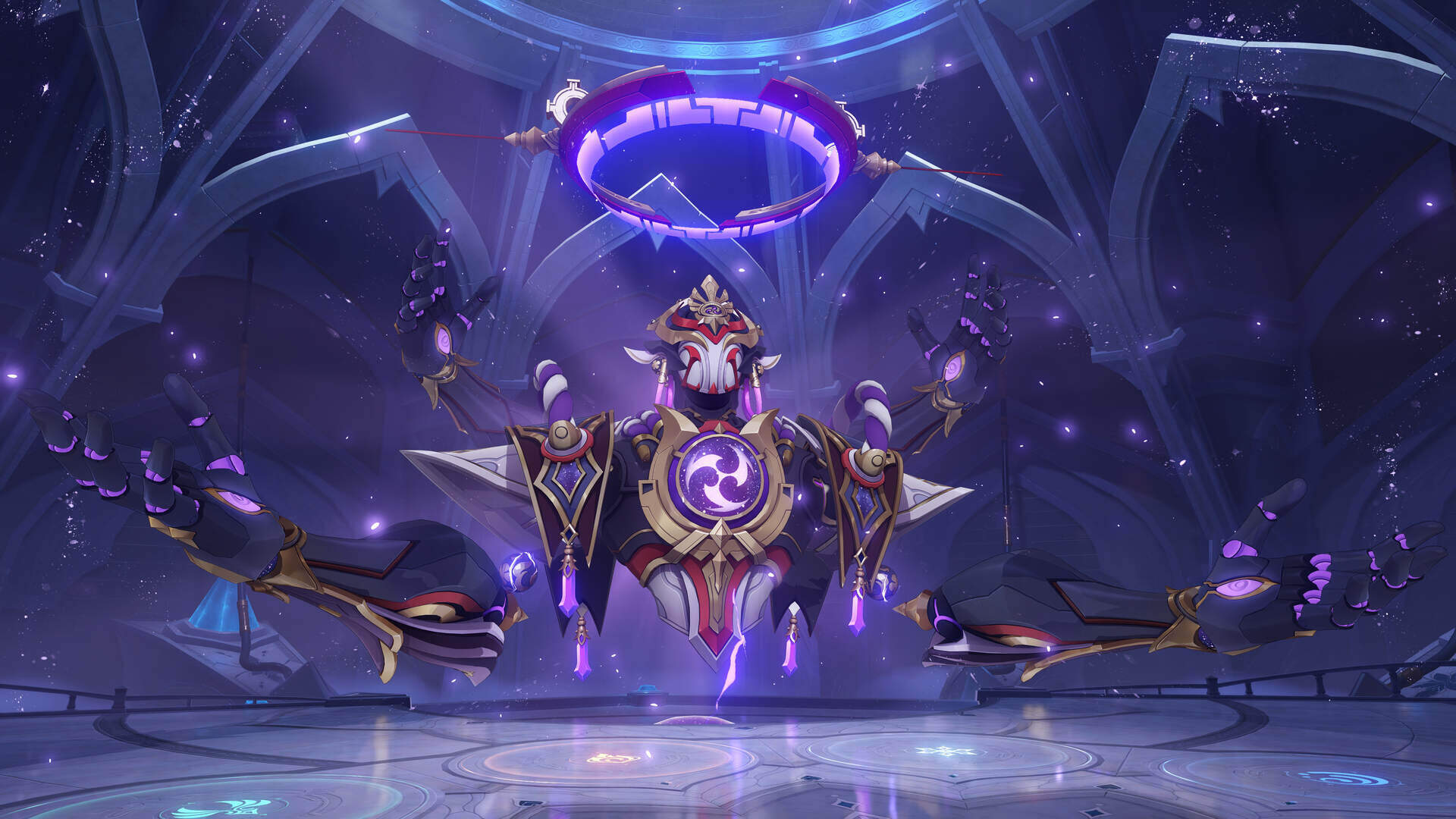 Meanwhile, Nahida, aka the current Dendro Archon, has been the Traveler’s reliable ally throughout the main storyline, and she will become one of the playable characters soon with another Sumeru character Layla. Nahida will join the cast as a five-star Dendro catalyst, and she can cast a unique viewfinder-ish skill by holding her Elemental Skill to mark, link, and deal additional Dendro damage to opponents. Her power can be further enhanced if she teams up with Pyro, Electro, or Hydro characters. Layla is an Akademiya student in Astrology who can sleepwalk to reveal her true power. In combat, she wields a sword and the power of Cryo, and she can provide both shielding and Cryo damage for the team. Nahida and Yoimiya’s rerun will be featured in the early part of Version 3.2’s Event Wishes, and we will see Layla’s debut in both Yae Miko and Tartaglia’s reruns in the latter half.
New events and gameplay also await, including “Fabulous Fungus Frenzy,” a fungus competition in which participants can catch and train Fungi to battle in different challenges. Another event, “Adventurer’s Trials,” has prepared some tricky trials that can be completed with our trial characters, such as knocking Slimes into the Vine Goal by triggering an Overloaded reaction with Yanfei’s and Klee’s attacks. In addition, the new Dendro Hypostasis will complete the puzzle of the Hypostasis family, serving as a new open-world boss and a part of the challenge “Hypostatic Symphony.” 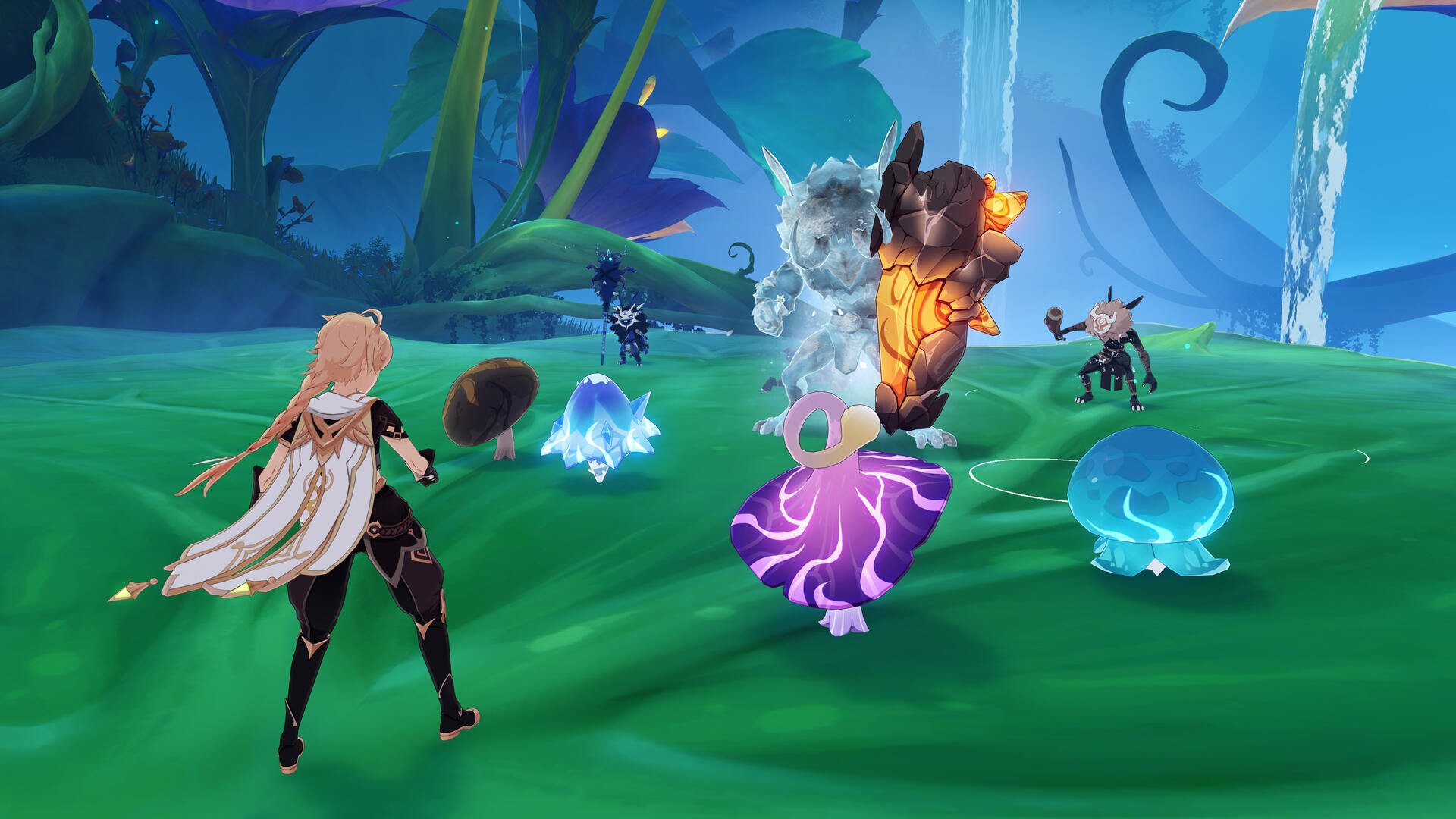 More improvements will be implemented to improve the current gaming experience. The long-awaited “Replication System” will be introduced to the Serenitea Pot system so players can share their realm designs or implement others’ in their Teapot. Furthermore, Italian and Turkish languages will be available in the Game Language settings starting from Version 3.3.
Genshin Impact Version 3.2 will be arriving on November 2. With the cross-save and cross-play functions, players can enjoy their adventure across PlayStation, PC, Android, and iOS. The game has been rated T for Teen by ESRB on PS5, PS4, PC, and Google Play, and 12+ on iOS.
For more information and updates, please visit Genshin Impact’s official website (genshin.hoyoverse.com) or follow @GenshinImpact on Twitter, Instagram, and Facebook.