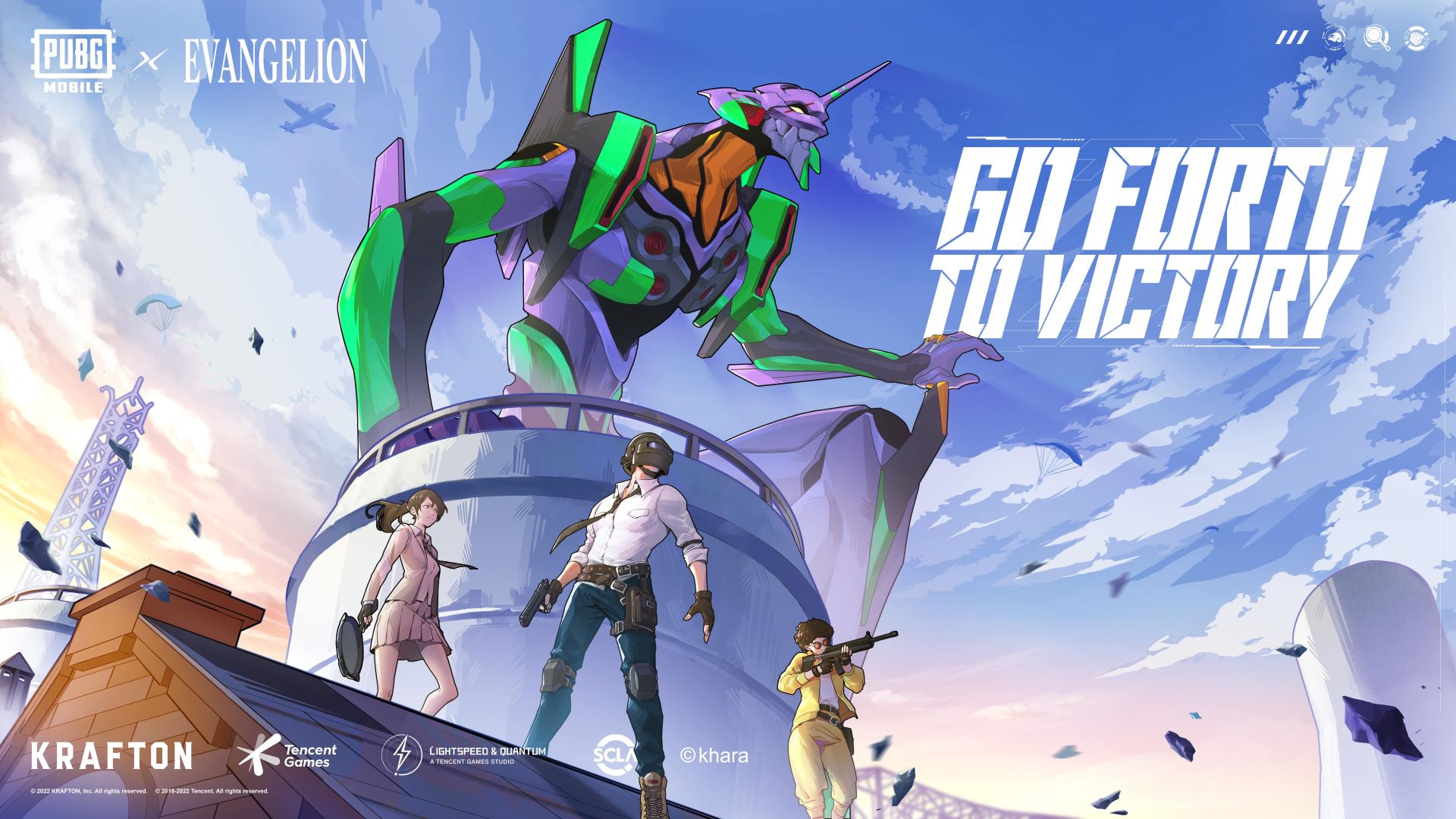 PUBG MOBILE, one of the world’s most popular mobile games, has today announced a new limited-time game mode inspired by the iconic and acclaimed anime series EVANGELION pitting players against its fearsome Angel as part of the new Version 2.0 Update.

The new ‘Core Circle’ game mode comes to Livik and Erangel. Players can watch EVA-01’s face off against EVANGELION’s 6th Angel in a special event running from May 19th to June 19th in Erangel.

Players will start off in a special shrunken Blue Zone at the beginning of each match, as they witness the 6th Angel’s appearance on Spawn Island firing a powerful laser. Players can follow the action by finding EVA-01’s spawn point on the mini-map and observing the Angel’s deadly path forward.

To defend the island, fortresses will open fire on the Angel until it unleashes its force back on them. Players can rummage in the chaos to seize better supplies after the fortresses have been destroyed and change the structure of the fortress walls to adapt to their own combat plans.

In this mode, more supply crates are littered throughout the battlefield, including ones that contain more valuable resources below ground level. Players can throw Blue Zone grenades to create a mini Blue Zone, which depletes Health, plus there will be a limited-time Respawn period near the beginning of the match where fallen teammates can return to the fold and still retain their weapons.

Starting from May 14th to June 19th, players will be able to grab a number of new exclusive EVANGELION collaboration items, from the iconic character plugsuits to themed armour and parachutes to backpacks. A special buddy will also be landing in the game for players to partner with.

Following on from PUBG MOBILE’s past partnerships with other globally renowned anime and animated titles including JUJUTSU KAISEN and ARCANE, this partnership brings the imposing imagery and content of the cult-classic EVANGELION anime to PUBG MOBILE’s iconic battlegrounds for an experience like no other.

“EVANGELION is one of the most famous and recognisable anime series of all time, so we couldn’t be more thrilled to bring its unique action, and futuristic world to PUBG MOBILE. The ‘Core Circle’ game mode continues our commitment to give players unforgettable experiences based on universally acclaimed and culturally significant partners, enriching the PUBG MOBILE experience for both current and new players.”

An additional exclusive themed EVA Discovery event also arrives in-game beginning tomorrow until June 19th, where players can play matches in Classic Mode to gain Exploration Progress, with an extra progress bonus available from Core Circle gameplay after May 19th. Progress can be exchanged for limited-time Evangelion themed rewards, and a special discount will be applied when upgrading some collaboration items into permanent items.