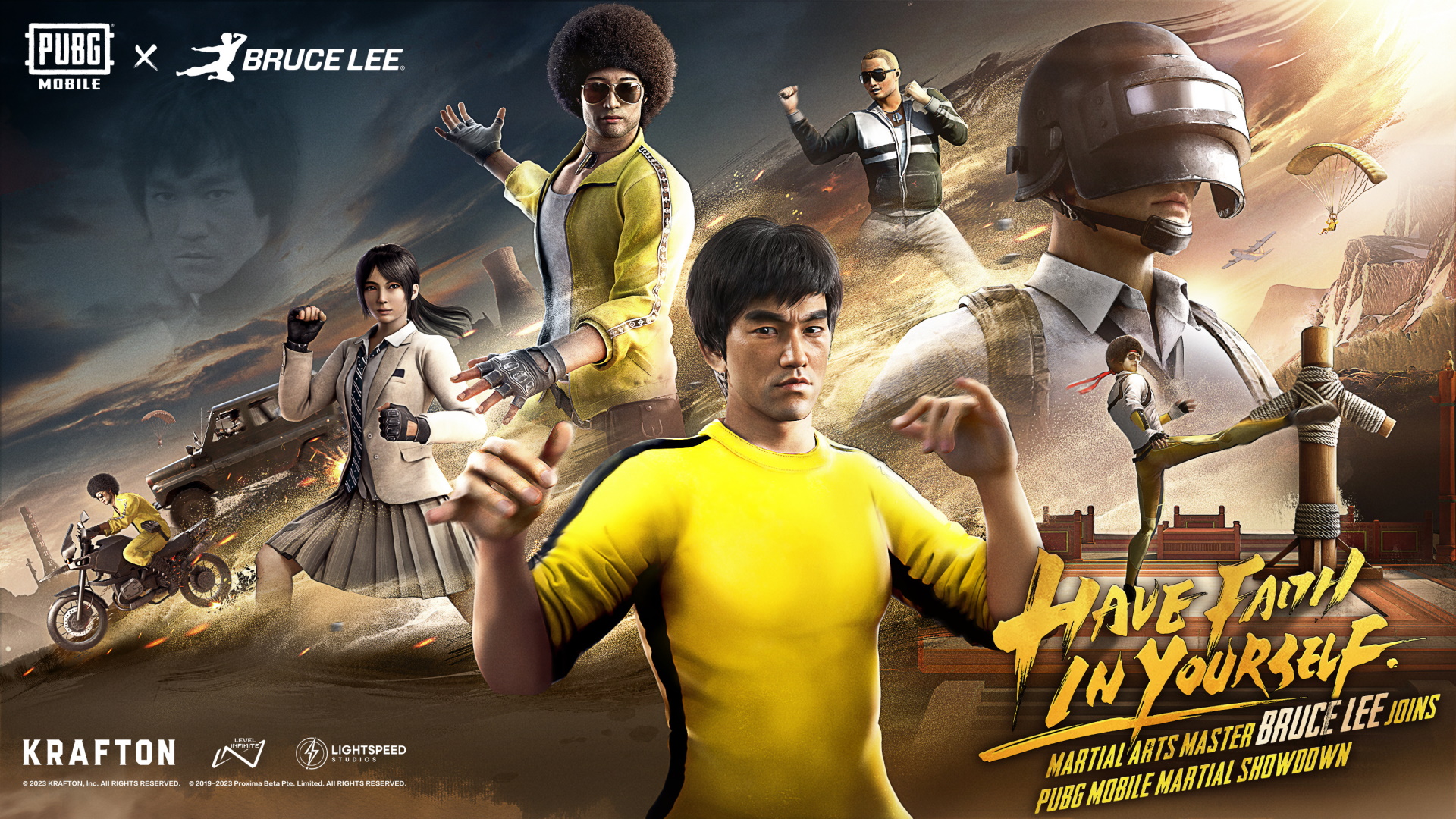 PUBG MOBILE, one of the world’s most popular mobile games, is excited to announce a partnership with The Bruce Lee Family Company to bring the international icon and one of the most influential mixed martial artists of the 20th century to PUBG MOBILE.

The Martial Showdown is coming in the Version 2.4 Update! Launching later this month, PUBG MOBILE will host a multi-map celebration of the discipline alongside special in-game elements marking the fighting icon’s one-of-a-kind cultural impact. From outfit sets to headgear, PUBG MOBILE will provide players with a variety of ways to express themselves with unique Bruce Lee items and don the iconic style of this martial arts master.

“To this day Bruce Lee is still an inspiration to so many across the world,” . “As one of the most influential and well-known stars of the 20th century, many of PUBG MOBILE players are huge fans of his. We’re incredibly proud to be honoring his legacy, bringing many elements of his signature look and personality to the game. I hope that this partnership will provide an amazing experience for PUBG MOBILE players and Bruce Lee fans alike.”

Bruce Lee is one of the most celebrated figures of the 20th century, a martial artist and actor who is credited with the explosion of interest in martial arts cinema in the west. After cultivating his skills across a wide variety of martial arts, Bruce Lee developed his own, Jeet Kune Do, the philosophies of which can be applied to combat, as well as challenging life situations.

“We could not be more excited to announce our new partnership with PUBG MOBILE, one of the world’s most popular mobile games,” “As global online gaming communities continue to grow at unprecedented levels we are fortunate to have found such a collaborative partner in PUBG MOBILE who has been at the forefront of the phenomenal growth trend of mobile gaming and who has created such an exciting and innovative game that truly resonates with Bruce Lee’s fanbase.”

The collaboration will introduce a unique collection of in-game outfits and other items available for a limited time. From January 10th, the Bruce Lee Kung Fu Soul Set, Melee Expert Set and Mr. Kung Fu Set will all provide players with different iconic looks of the martial arts master. A number of cosmetic skins for vehicles, parachutes and more are also available, as well as Bruce Lee-themed emotes.

Finally, players can participate in the Dreamrealm Apprentice event from January 10th until January 26th to gain access to exclusive rewards by following Bruce Lee through a series of challenging trials.

Further information on Version 2.4 will be revealed shortly so stay tuned!