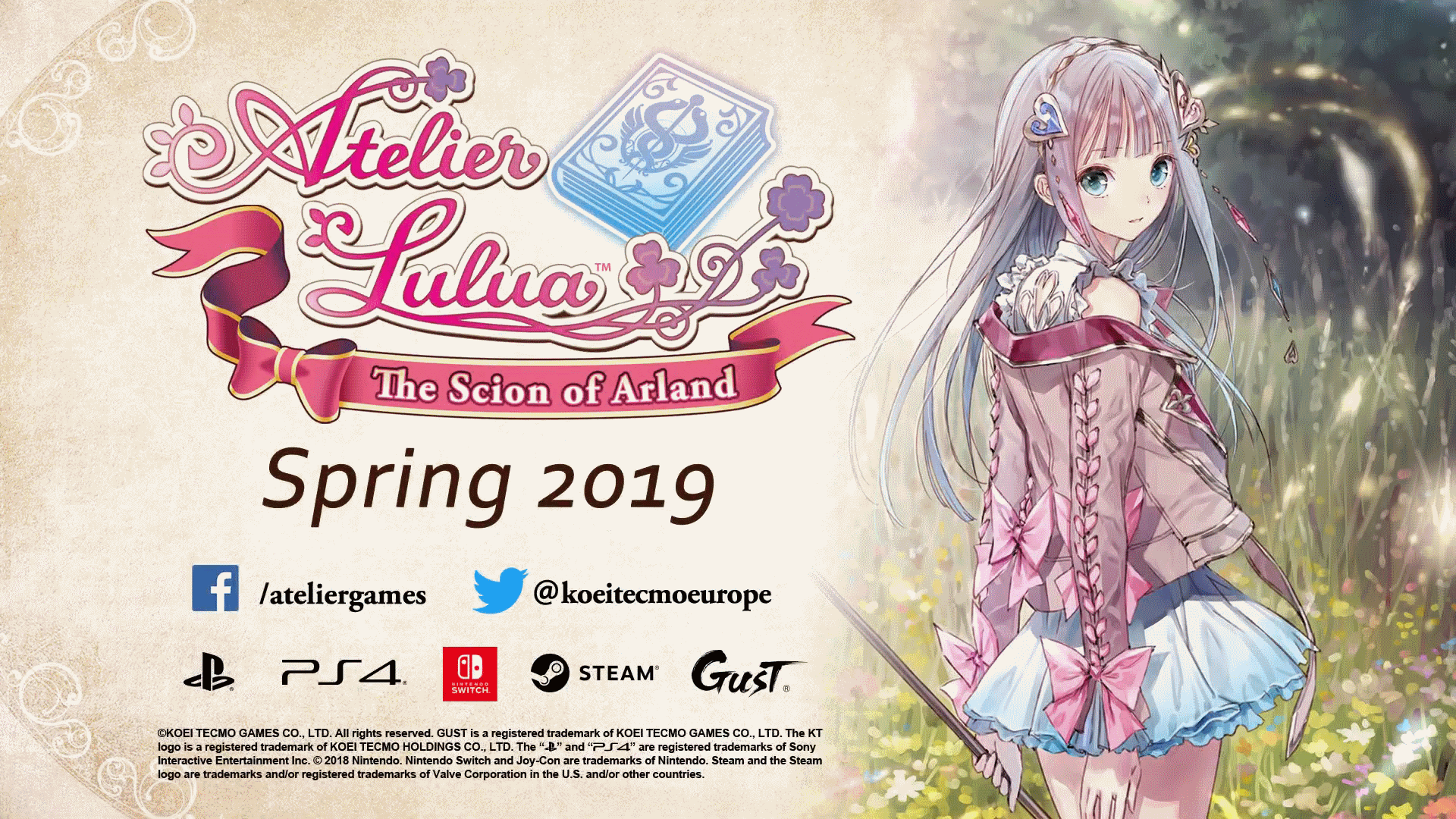 Publisher Koei Tecmo and developer Gust have announced their beloved JRPG Atelier Lulua: The Scion of Arland will be launching in the west for Nintendo Switch, PlayStation 4 and PC.

A slight overview of the game

Play as Elmerulia “Lulua” Fryxel, an alchemist in training as she fulfils her dream to be a great alchemist like her mother Rorolina Frixell. Be prepared to Gather, Battle and Synthesize to identify more alchemy recipes. Lulua journeys to Arland in hopes of improving her alchemy and uncovers a mysterious riddle of Codex in hopes of saving her mothers atelier shop. Be prepared to meet compelling companions with some familiar faces in the series including an alchemist Totooria Helmold.

The game was previously announced to be coming out in Japan for PlayStation 4 and Switch on March 20, 2019. Now the western release for Nintendo Switch, PlayStation 4 and PC has been confirmed for May 21, 2019, for North America followed up by May 24, 2019, for Europe.