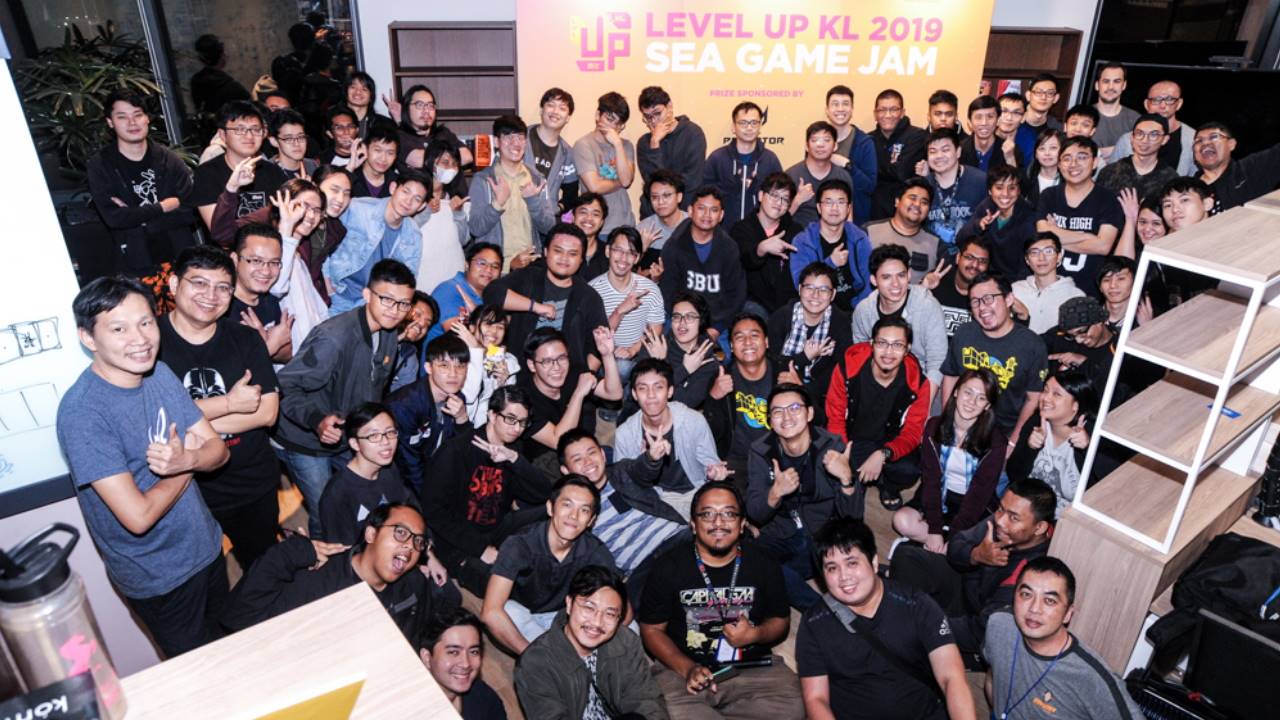 The Southeast Asia Game Jam 2019 kicked-off with a bang!

The gruelling 36-hour SEA Game Jam took place at the LEVEL UP Inc., Komune, Kuala Lumpur last week on November 2-3, where a group of 74 fresh and seasoned video game developers from all over Southeast Asia region gathered to take on this year’s unique challenge. 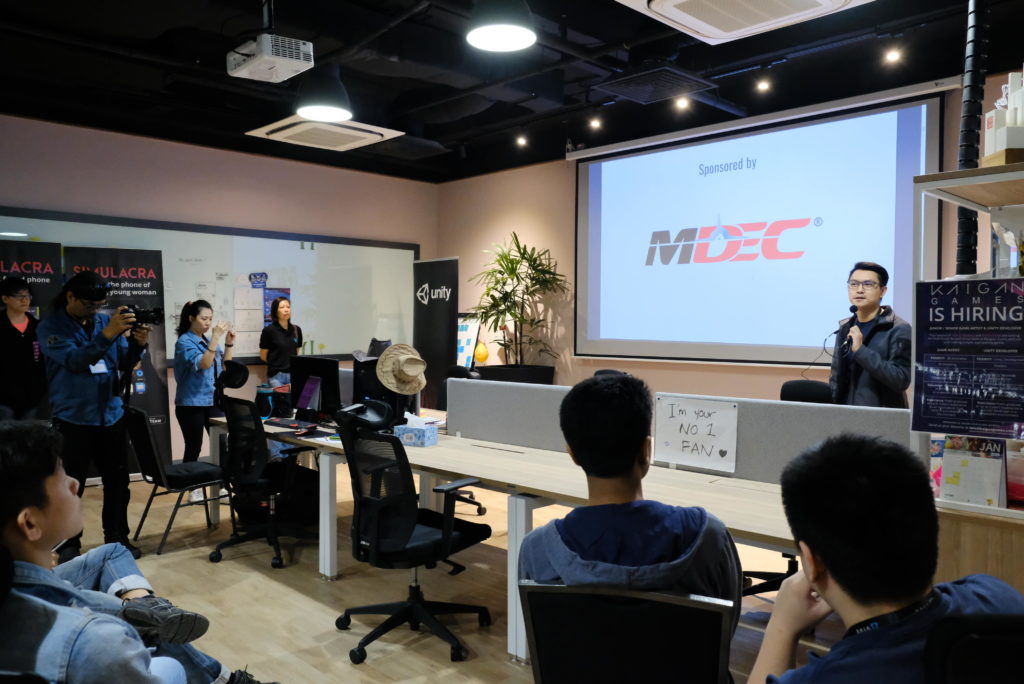 The developers were grouped into 14 competing teams, each team comprising those whose role and talent in their day jobs are that of a designer, artists, and programmers. With just 36 hours on the clock, each team spared no time in getting their members acquainted and organise themselves into roles according to their specialisation.

The challenge for this year’s Game Jam is “I made this with my phone”. The teams can only use assets available in phone applications (any forms) to create not just a concept, but a playable game by the end of the Game Jam. At the end of it, the teams are to present their creation in front of a panel of judges formed of a Video Games Designer, Concept Designer, Vice President of MDEC, and members of the Video Games Media.

Representing BunnyGaming, I served as one of the judges for this year’s Game Jam as a representative from the Video Games Media Industry.

There are time limitations for both participants presentation and judges to form constructive feedback. The theme as presented by Shawn proves to be challenging and constraining but worthwhile as he quotes the following:

Back in the 80’s, Hideo Kojima was asked to take on Metal Gear project, with limited hardware that hindered the game’s combat development. Kojima instead focus more on prisoners sneak escape as inspired by the movie ‘The Great Escape’. Hence that’s what inspired me to create such a theme in hopes that constraint breeds a new form of creativity with the expectation that this notion is not mutually appreciated Here’s what I observed from the event: 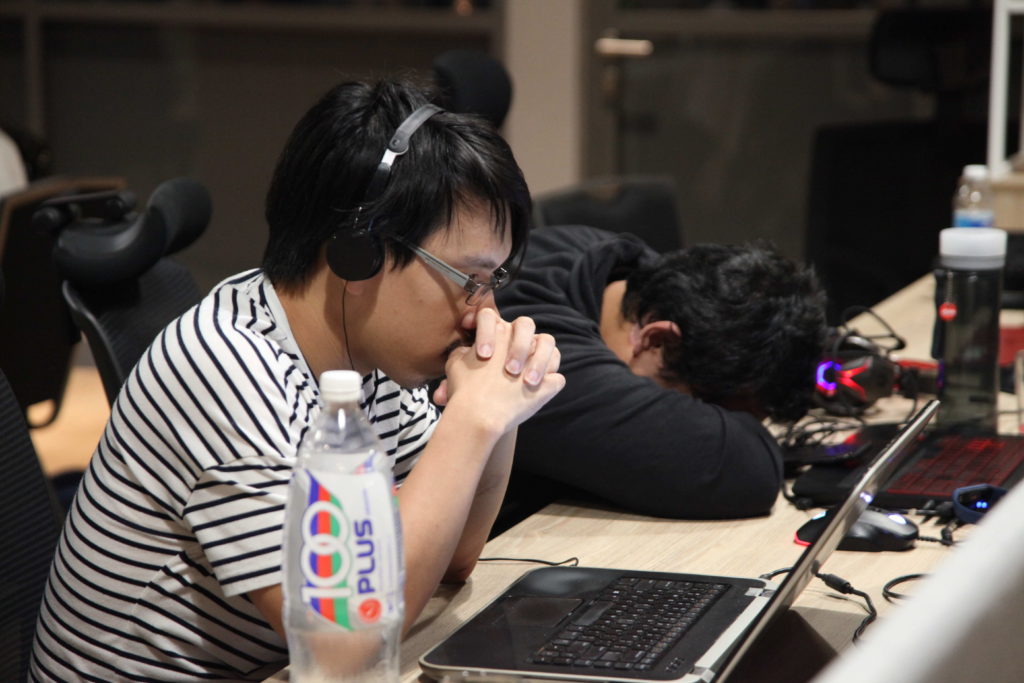 Here are some of the interviewee motivations in joining Sea Game Jam (their names are linked to their respective portfolio link website):

In conclusion, I think that the participants take away a more valuable experience in adaptability, communication, teamwork, networking, time management and future opportunities in this 36 hours event. I am definitely looking forward to more improvements from the participants in the near future. The winners were announced as shown in the image below on 8th November 2019 at the Level Up Biz conference on the second day and walked away with some exciting Acer Predator goods such as a monitor, bag, mousepads and more. 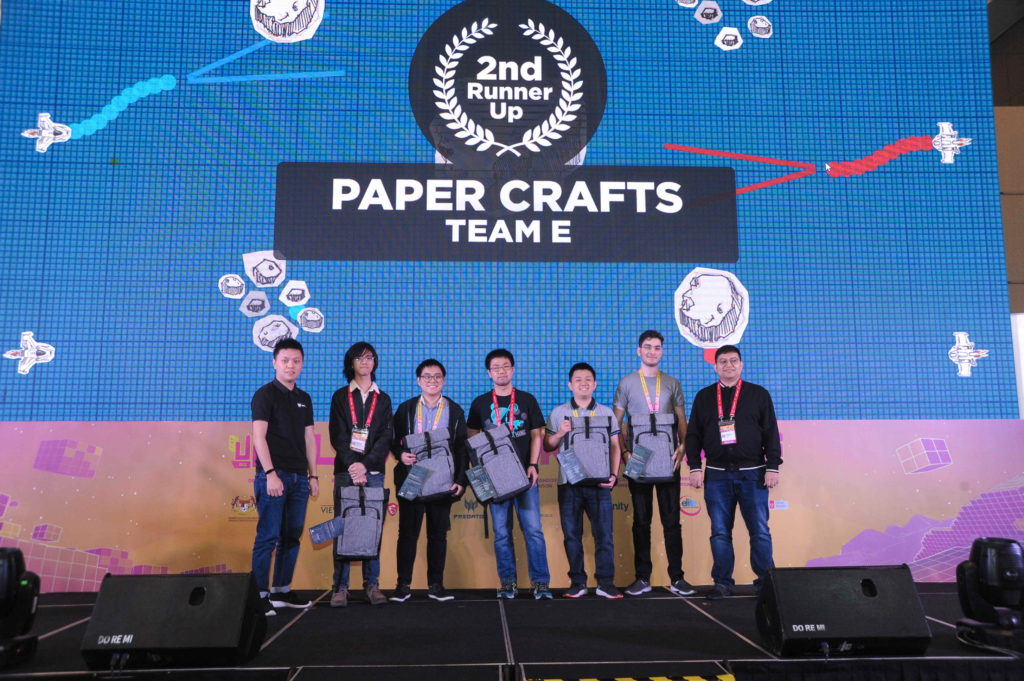 Level Up KL so had their 3rd SEA Game Awards 2019 by awarding recognition to Indie creative games created by fresh and seasoned game designers all around Southeast Asia.

GigaBash by Passion Republic Games won the most awards with Best Game Design,  Best Technology, Audience Choice Award and Grand Jury Award of 2019. A fun couch classic beat em up with unleashed Kaijus. Currently coming for PC and PlayStation 4 by the year 2020. 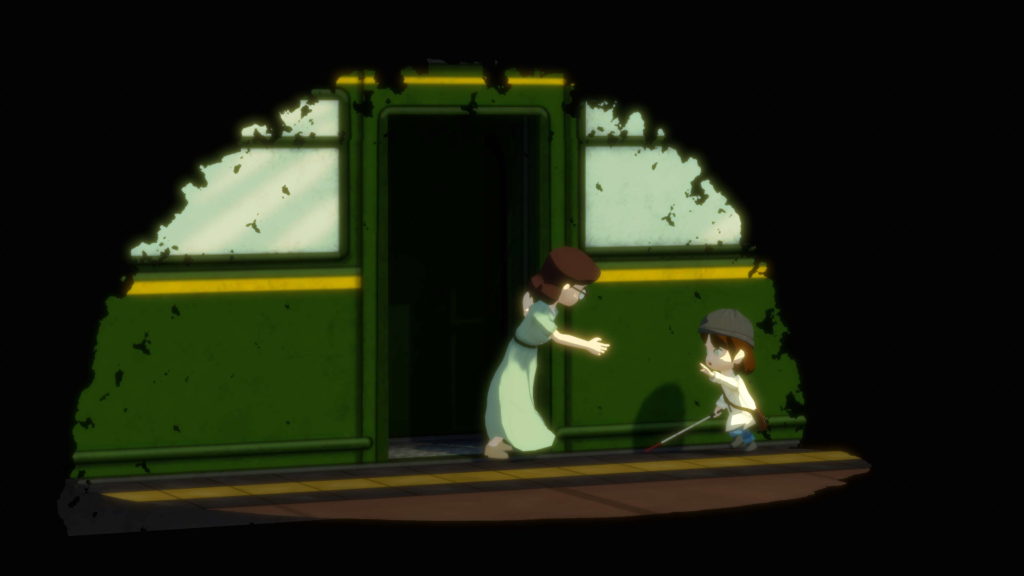 Best Storytelling goes to DeLight made by DreamTree Games. A heartwarming adventure story-driven game portraying a blind girl named Sammy accompanied by a stray dog name Deli taking on a journey together to reunite with her parents in time of war. Coming for PC and mobile iOS as well as Android. 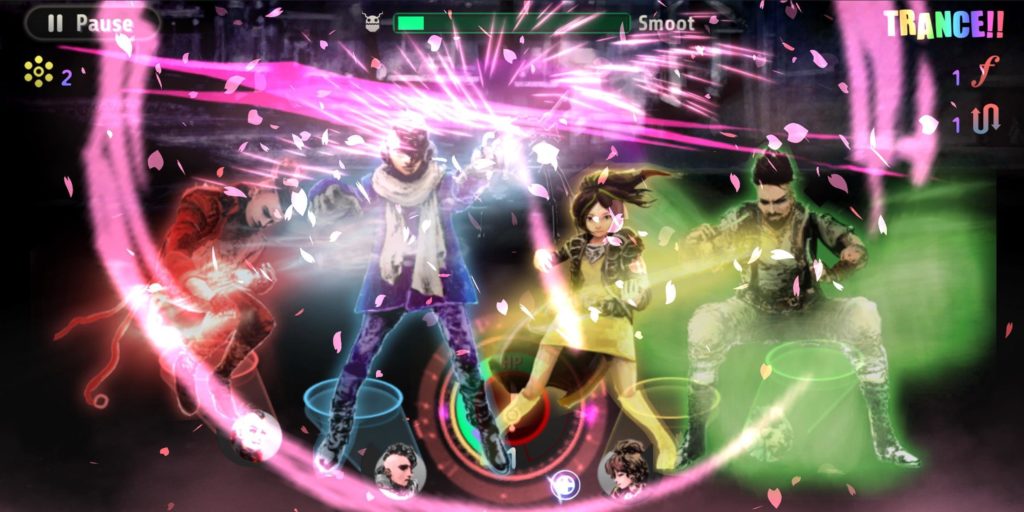 Best Audio goes to VALZ developed by Klappanome, a story-driven mix of RPG with rhythm music gameplay portraying a capital of harmony called City of Lagu fell into silence with the dark side of sound infecting other music instruments and turning them into monsters. Only those with pure harmony will defeat the corrupted monsters. VALZ can be purchased via the iOS, priced at RM16.90/ $3.99 USD. 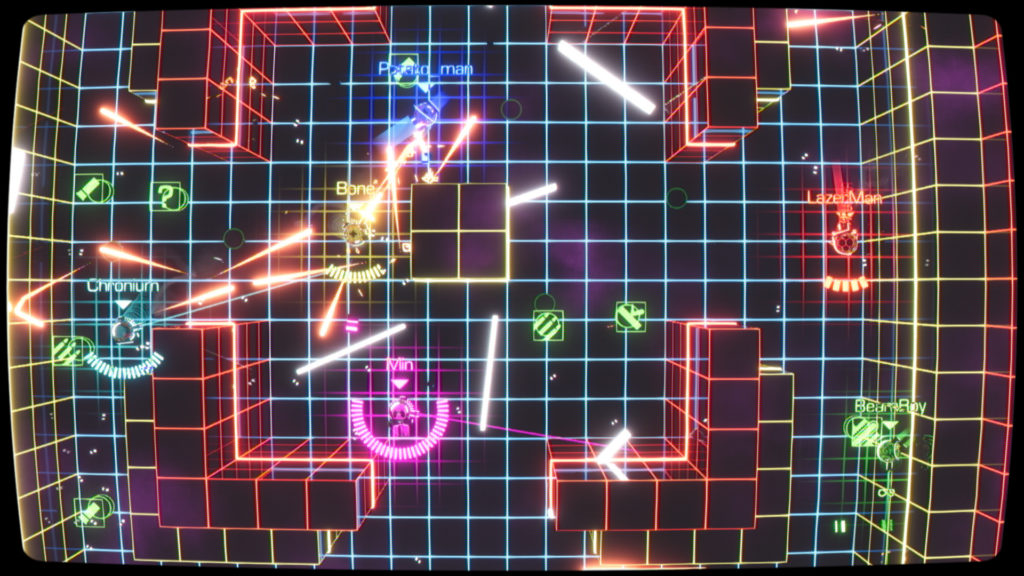 Best Innovation and Rising Star Award is given to Retrograde Arena, developed by Freemergence with the core passion for retro oozing goodness. The game is a multiplayer twin-stick brawler where your objective is to shoot and push your enemies into a wall or red objects in order to explode retro style. This game is currently slotted for a PC release in 2019. 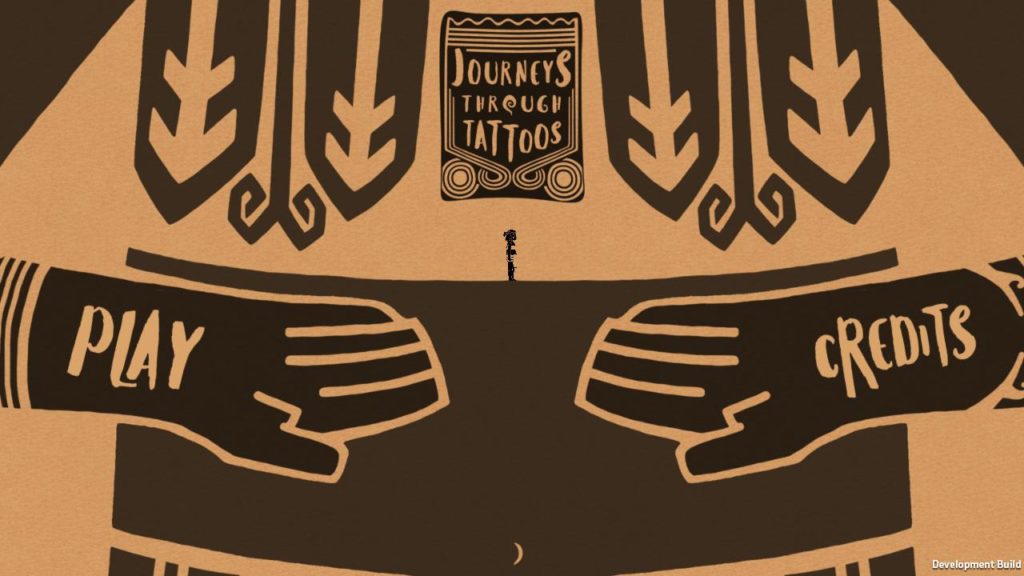 Best Student Game is awarded to Ano: Journeys Through Tattoos, developed by CtrlD Studio where a dying artform tattoo comes to life with the identities of Sarawak’s indigenous tribes in the olden days. You will be taking on this 2D platformer and learning more about the tattoos through fact-based fictional short stories and the ability to view the tattoo designs on your own arm in Augmented Reality!. The game is available now on iOS. Best Visual Art is won by When the Past Was Around developed by Mojiken Studio which is a puzzle game for PC that tells a surreal world of a girl who fell in love with a beast in the past. The world itself consists of disjointed rooms from memories and time where the girl will find her clues by solving puzzles while unravelling the secrets between her and the beast. Release date TBC for PC via Steam.

Overall the event paired with the announcement of Larian Studios and Sony Interactive Entertainment Worldwide Studios establishing their Studio in Malaysia is pretty awesome and overwhelming but still seeing most of the works from South East Asia game developer really paved a way into what Malaysia is shaping up to be for the better in the gaming industry.

There are many parts of the world that are struggling with the effects of COVID-19. Losing the livelihoods and worst of all, losing hope...
Read more
Community

The Ministry of Communications and Multimedia Malaysia today announced that it is partnering with Sony Interactive Entertainment Worldwide Studios (SIE WWS) to establish the...
Read more