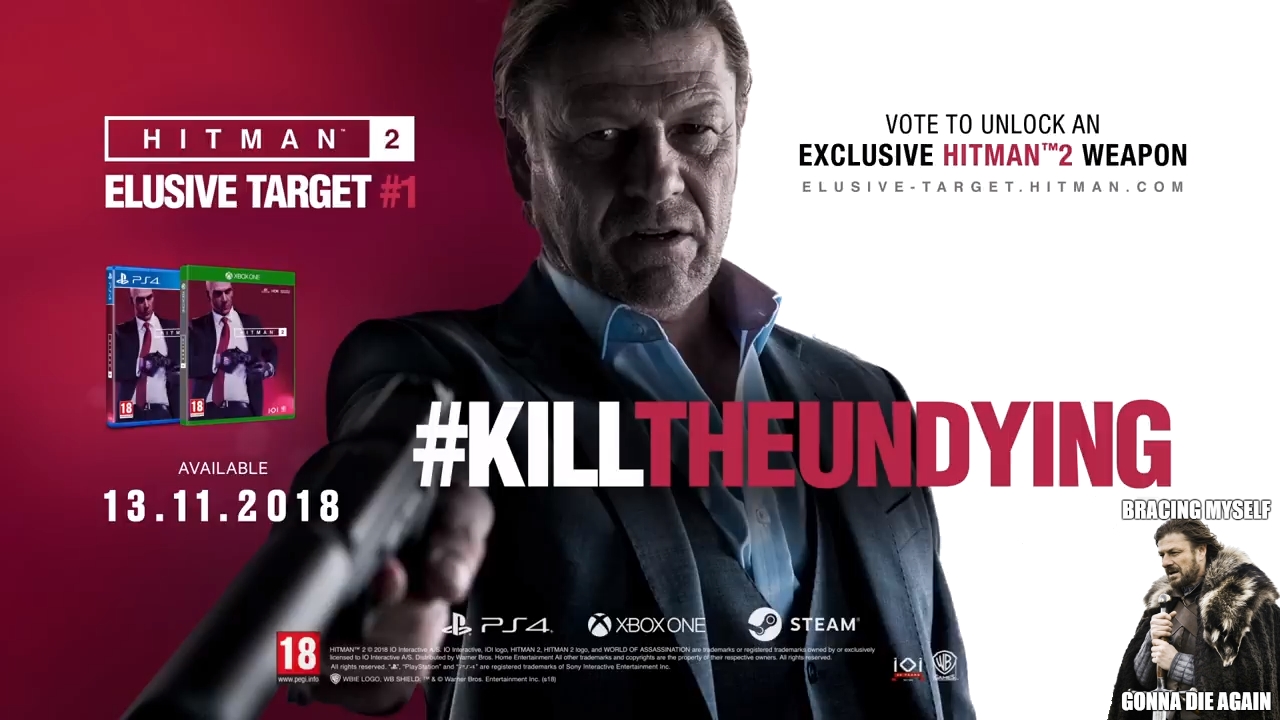 Mr. Dies A Lot, Sean Bean will star in Hitman 2… as an Elusive Target.

So it is confirmed, Sean Bean will die again, this time in Hitman 2. Warner Bros. Interactive Entertainment and IO Interactive have announced that international actor Sean Bean will star in the first Elusive Target mission for the HITMAN™ 2 video game. Bean will take on the role of Mark Faba, a former MI5 agent turned freelance assassin. Notoriously known as “The Undying”, Faba’s reputation as a master of faking his own death is second to none, ultimately causing the International Contract Agency (ICA) to put an imposing bounty on his head.

Sean Bean’s says…
“I’m thrilled to be a part of the upcoming HITMAN™ 2 video game,” said Bean, “It’s always exciting to take on a new role, and I look forward to seeing my character in action when the Elusive Target mission launches.” 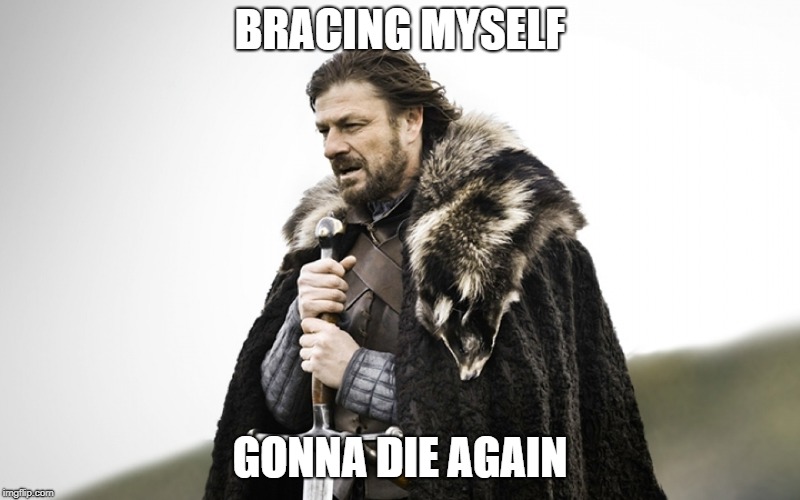 Mr. Dies A Lot.
Now, I wonder if anyone actually told Sean the truth on what a Hitman game is all about and if anyone actually told him what being an “Elusive Target” means in Hitman 2. With all the 47s in the world going after him, we’ll probably see a lot of videos soon on how creatively Bean’s character gets assassinated. But on the other hand, this could very well be what Bean wanted from the beginning, for those of you who didn’t know, Sean Bean dies a lot in his movies. It’s so severe that people made video compilations of his death scenes from the movies. Here is a compilation of his death scenes from 1986-2016 , there are 24 death scenes here.

Being the Elusive Target.

But you gotta give it to him, Bean is looking pretty sharp and smart in the live-action trailer that announced his character, Mark Faba, in the Elusive Target No.1 Trailer. In the new live-action announcement trailer, Mark Faba, played by Sean Bean, is introduced speaking to his therapist and begins to hint at his unique approach to contract killing, as many random items in the room could potentially serve as useful weapons in Faba’s unorthodox profession. While the session ends badly for Faba’s therapist, the video closes with a familiar character emerging, who have been patiently watching the entire time—the masterful Agent 47. The interactive trailer also asks viewers to vote on three different items referenced in the trailer to unlock an exclusive HITMAN™ 2 weapon later in the game. For more information, visit: https://elusive-target.hitman.com/

The Undying.
The first Elusive Target mission, entitled The Undying, (Ironic right?) is scheduled to release on November 20, one week after HITMAN™ 2 launches on November 13, and will run for 10 days. Once the mission is available, players must stop Mark Faba before he can utilize his expert surveillance, infiltration, and demolition skills to complete a contract at the Global Innovation Race event in Miami, and if anyone can take down Faba for the last time, it’s Agent 47.