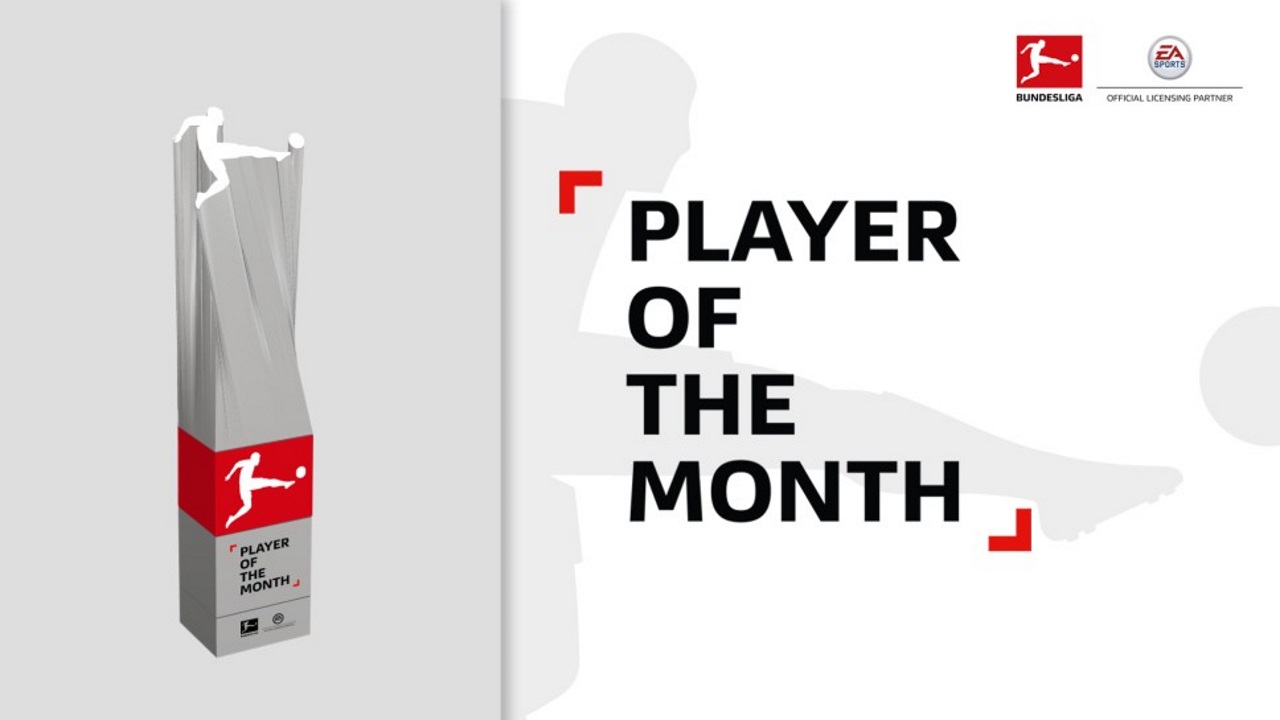 EA SPORTS FIFA 19 teams up with Bundesliga to give fans a chance to vote for the Bundesliga Player of the Month.

A chance to have your say.
Good news if you are a FIFA 19 owner and if you are a fan of the German Bundesliga Football League. FIFA 19 players will now have a say by means of voting, in determining the Bundesliga “Player of the Month” at the end of every month. Fans can reward the Bundesliga players that inspired them the most at the end of every month. Determined by fan and expert votings the official “Player of the Month” will be awarded in cooperation with EA SPORTS FIFA 19 – Official Bundesliga Licensee –by DFL Deutsche Fußball Liga as of October 2018.

6 Bundesliga Players will be nominated each month.

Six Bundesliga players will be nominated each month, having previously been assessed using objective criteria. The basis will be the official DFL match data (including goals, assists, and tackles won) as collected for each Bundesliga match by the DFL subsidiary Sportec Solutions. Sportec Solutions collects some of the most extensive data in world football, which also provides the basis for the official “Bundesliga Fantasy Manager” game.

Votes will be collected from 3 groups but fans will have the biggest share.

One of the six players nominated on the basis of match data will be voted “Player of the Month.” The decision will be made by the team captains of the 18 Bundesliga clubs (30 percent of the vote), a selected expert panel of Bundesliga legends and media representatives (also 30 percent of the vote) and fans from around the world. Bundesliga fans will have the biggest share of the vote (40 percent) and will submit their votes directly on the EA SPORTS FIFA 19 website bundesligapotm.easports.com. The voting will be announced on the social media channels and the websites of Bundesliga and EA SPORTS. The “Player of the Month” will also be presented with a specially created trophy.

Reward the player you feel most deserving with your vote.

Commenting on the “Player of the Month” award, Robert Klein, CEO of Bundesliga International, a DFL subsidiary and responsible for the international sales activities of Bundesliga, said: “The Player of the Month is a fantastic competition, enabling our fans worldwide to get actively involved and reward outstanding on-field performance in the Bundesliga. We have seen increasing fan engagement on our platforms in recent years with similar competitions, engaging millions of fans globally. EA SPORTS is the perfect partner for this award to convey the unique story of Bundesliga – Football as it’s meant to be.”

Closing the gap between real-life football and virtual football.

Jens Kosche, Managing Director Electronic Arts Germany, adds: “We are delighted to bring together the best players from the Bundesliga and football fans from across the world to further blur the lines between the real world and virtual football.”

Free FIFA 19 for you if your name is Kim Hunter and if you live in the UK. Not the Ulu Klang UK. The...