We previously covered Left Alive here and have some great news to share today. SQUARE ENIX has announced the brand-new survival action shooter LEFT ALIVE will be releasing for the PlayStation 4 and STEAM platform on March 5th, 2019.

LEFT ALIVE tells a dark and gritty story of survival from the perspective of three different protagonists as they struggle to escape the war-torn city. There are some notable developers who are working on this game including;

Players who purchase the physical “Day One Edition” of the game will receive the bonus ‘Survival Pack’ DLC, which includes plenty of useful items to help players survive, such as the Ammo Pack, Light Body Armor, Recovery Pack, Klyuch Weapon, and Grenade Pack. 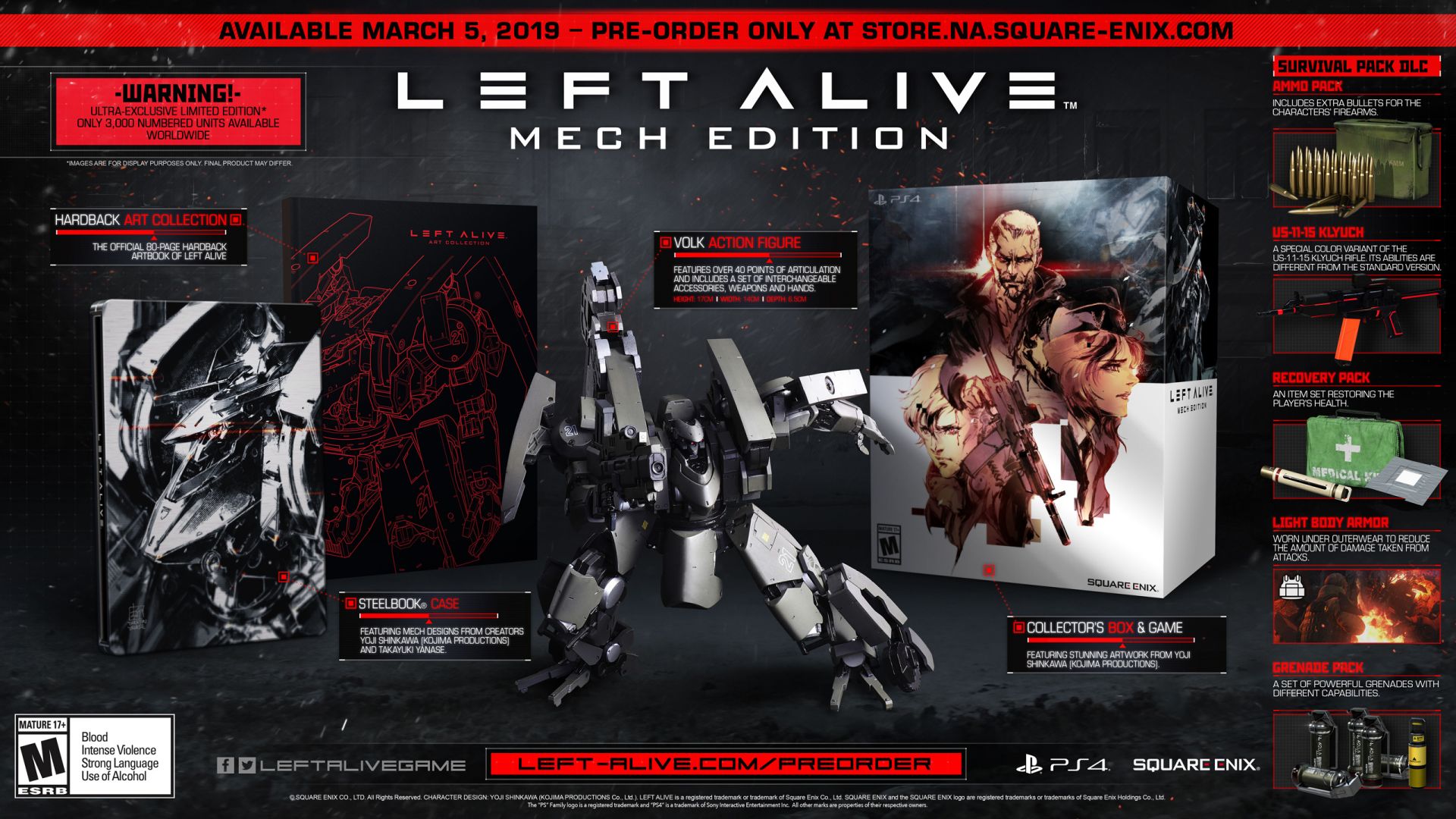 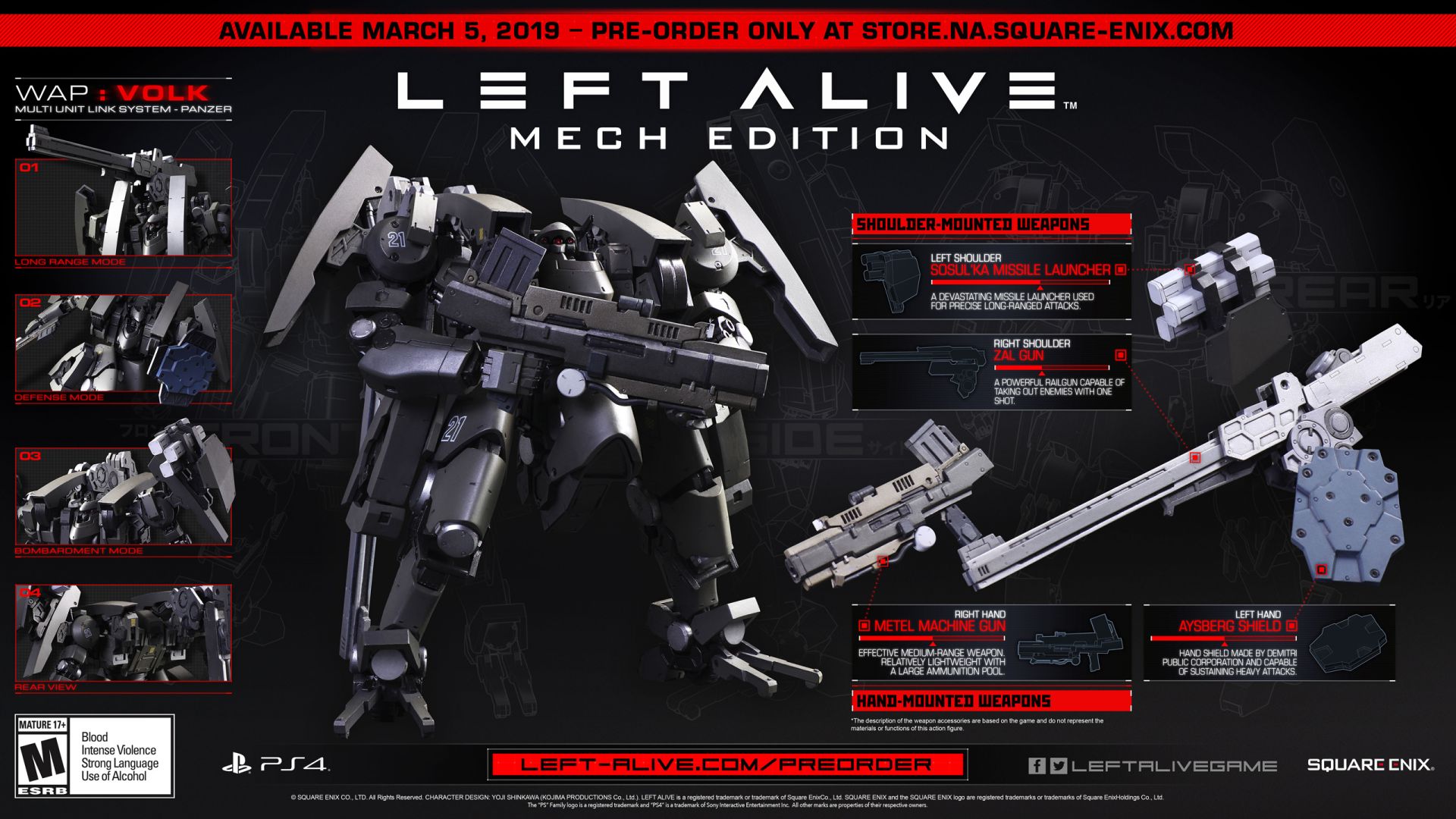 For the ultimate collector, the limited Mech Edition bundle is available for pre-order exclusively from the Square Enix Online Store for $159.99 (MYR664) and includes:

Digital pre-orders are also now available through the PlayStation Store for $59.99 (MYR249) which includes the base game, bonus DLC, including Ammo Pack, Light Body Armor and Recovery Pack as well as the following exclusive items:

Share
Facebook
Twitter
WhatsApp
ReddIt
Tumblr
Telegram
LINE
Previous articleEA SPORTS FIFA 19 teams up with Bundesliga to give fans a chance to vote for the Bundesliga Player of the Month.
Next articleNext-gen PlayStation exists?