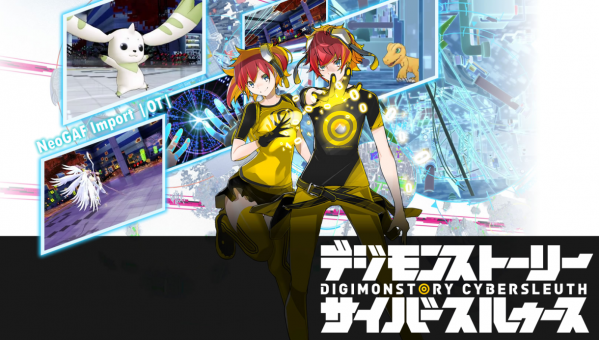 Happy new year to those who celebrate the Chinese Lunar Calendar New Year. I bought my copy of Digimon last Friday evening on the 5th of February and until now I’ve played over 65 hours of the game. I’d have ended up with more hours into it if I didn’t need to stop every now and then to celebrate the new year! But was DigimonStory Cybersleuth really worth me sharing my long awaited Chinese New Year break with ? Here goes.

The game started off pretty slow at first, conversations after conversations without any hint of actions kicking in anytime soon. In fact, I broadcasted my first gameplay for the game and you may watch it below.

The game started off slow but as soon as the ball started rolling, it became exciting, it was nostalgic and it was delivering what I sorta wanted to see. A game with creative storyline and the chance to tame every Digimon we see !

Here is my simple evaluation and rating on the game in different areas.

Storyline – (3/5)
Predictable but rarely boring. The story gets better as you near the end of the game. Your main character plays as a Detective aka the CyberSleuth and also a Hacker.

Online Ranked Battle – (1/5)
I don’t know why, but I could never get connected to their Online servers. I’ve tried connecting these few days from 2 different location with the same results. So the score stays as 1/5 until I experience the otherwise.

Graphics – (3/5)
Cartoon-ish. Like way too cartoon-ish, it looked like something that came out of development a decade ago. I expected something much better especially when I’m playing it on a new gen console. Though not Impressive, it somehow did not kill the mood. I just hope it looked better. 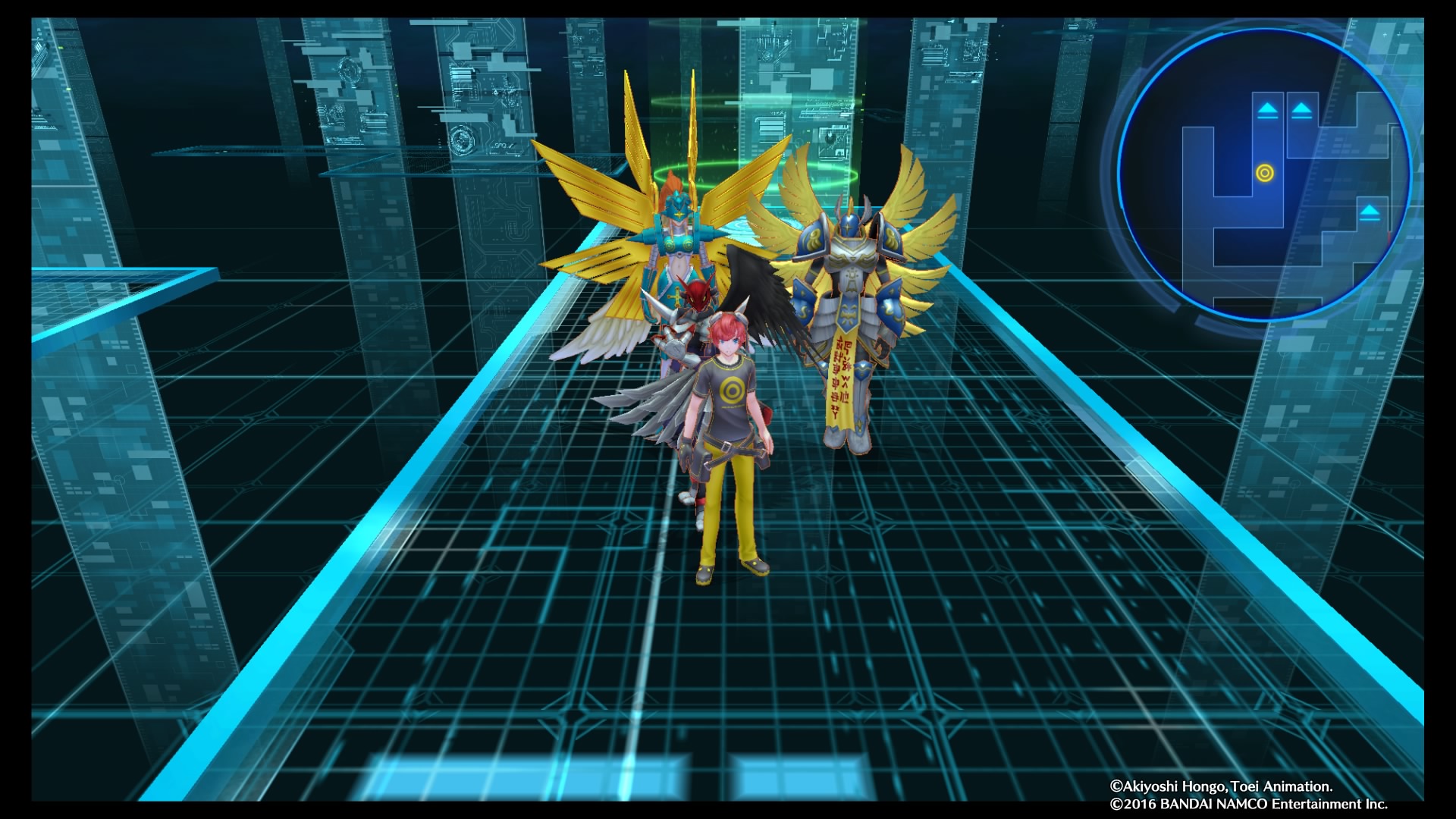 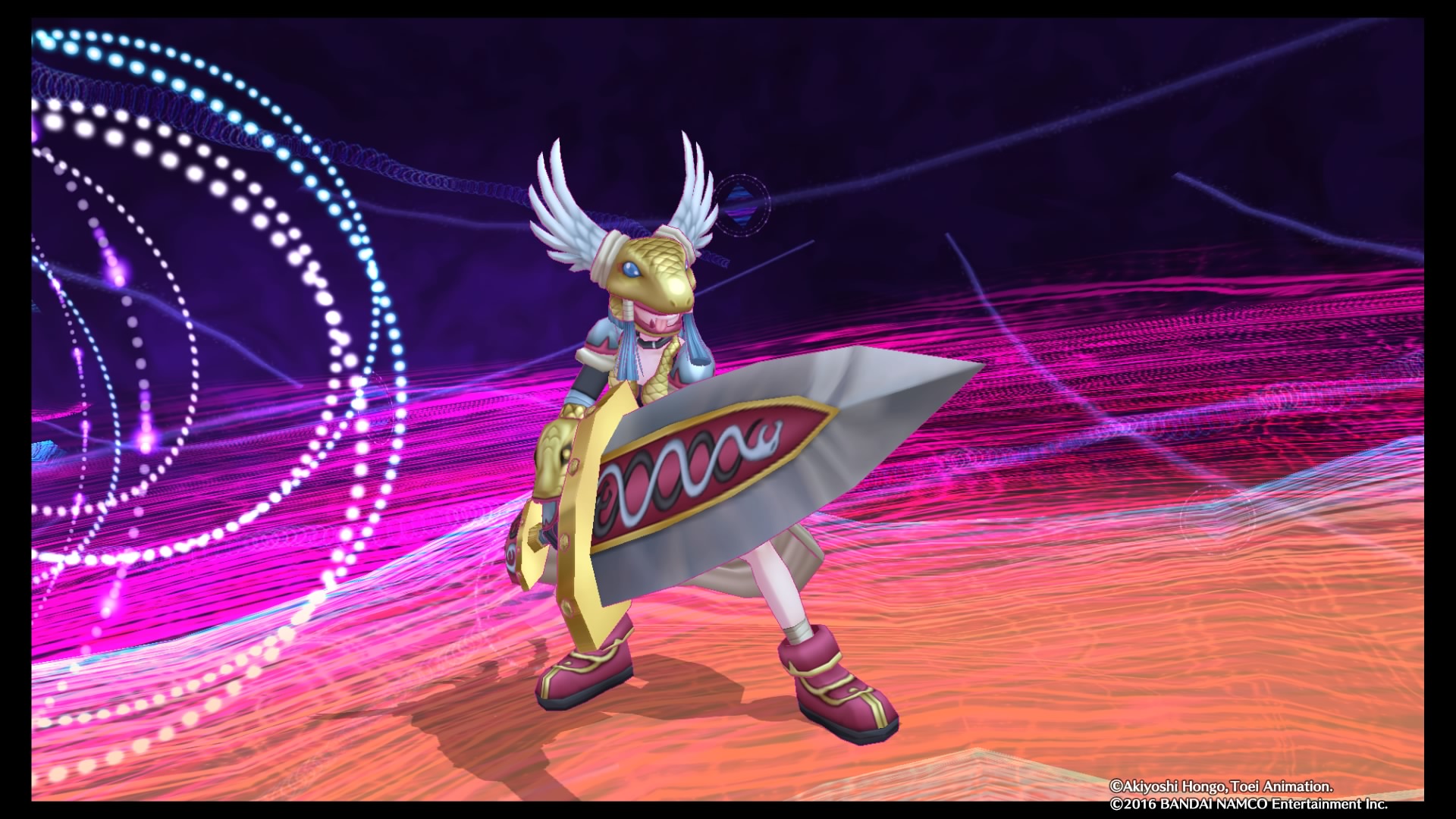 Minervamon, one of my favorite Digimon.

Digimon ( Capturing – Evolving Mechanics ) – (4/5)
Simple but not primitive. But with 240 Digimons at least for me to capture in the game, I really appreciate this simple layout and mechanics. A complicated system could drain the stamina out of me especially in a game like this one that requires constant grinding. 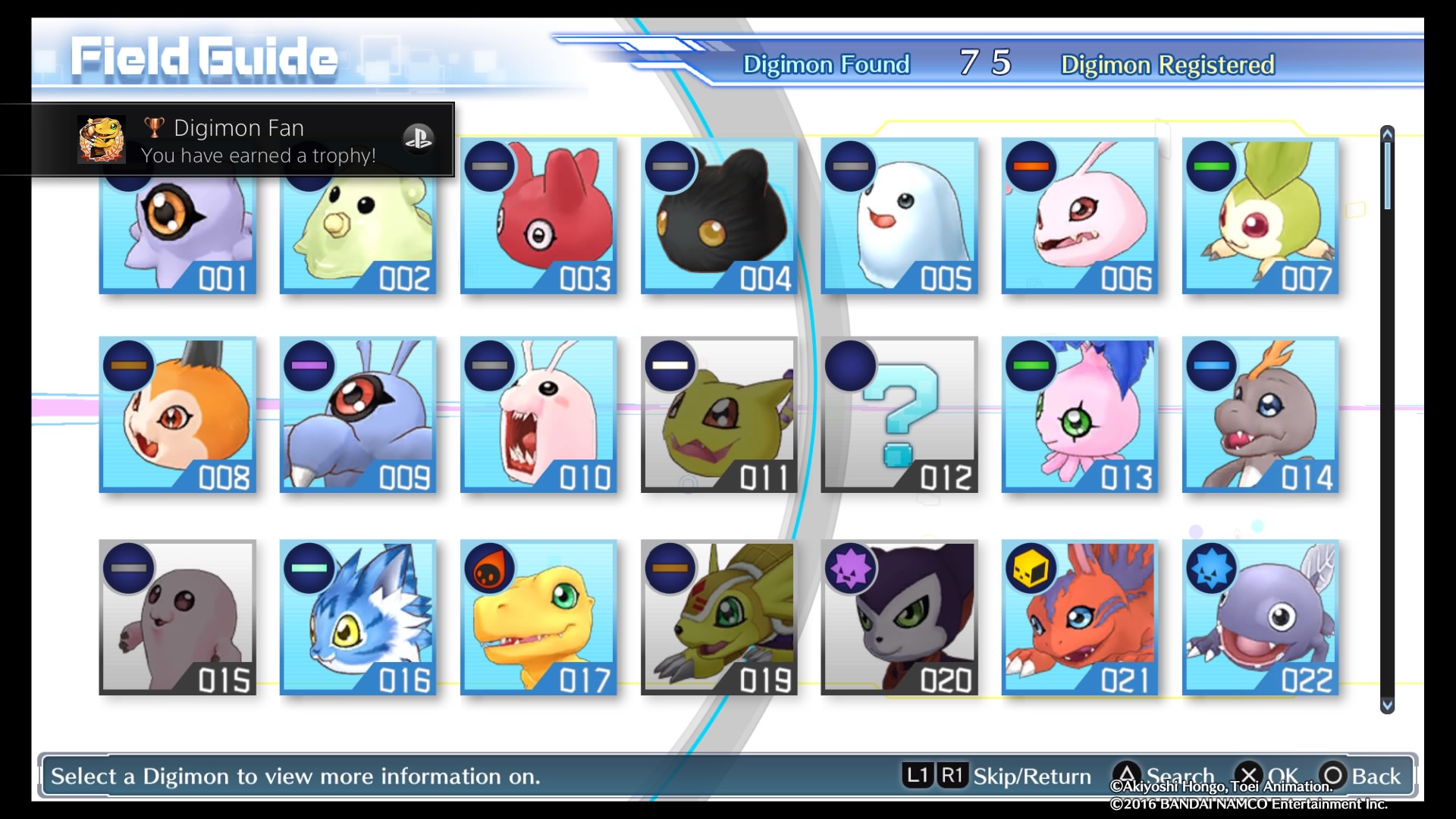 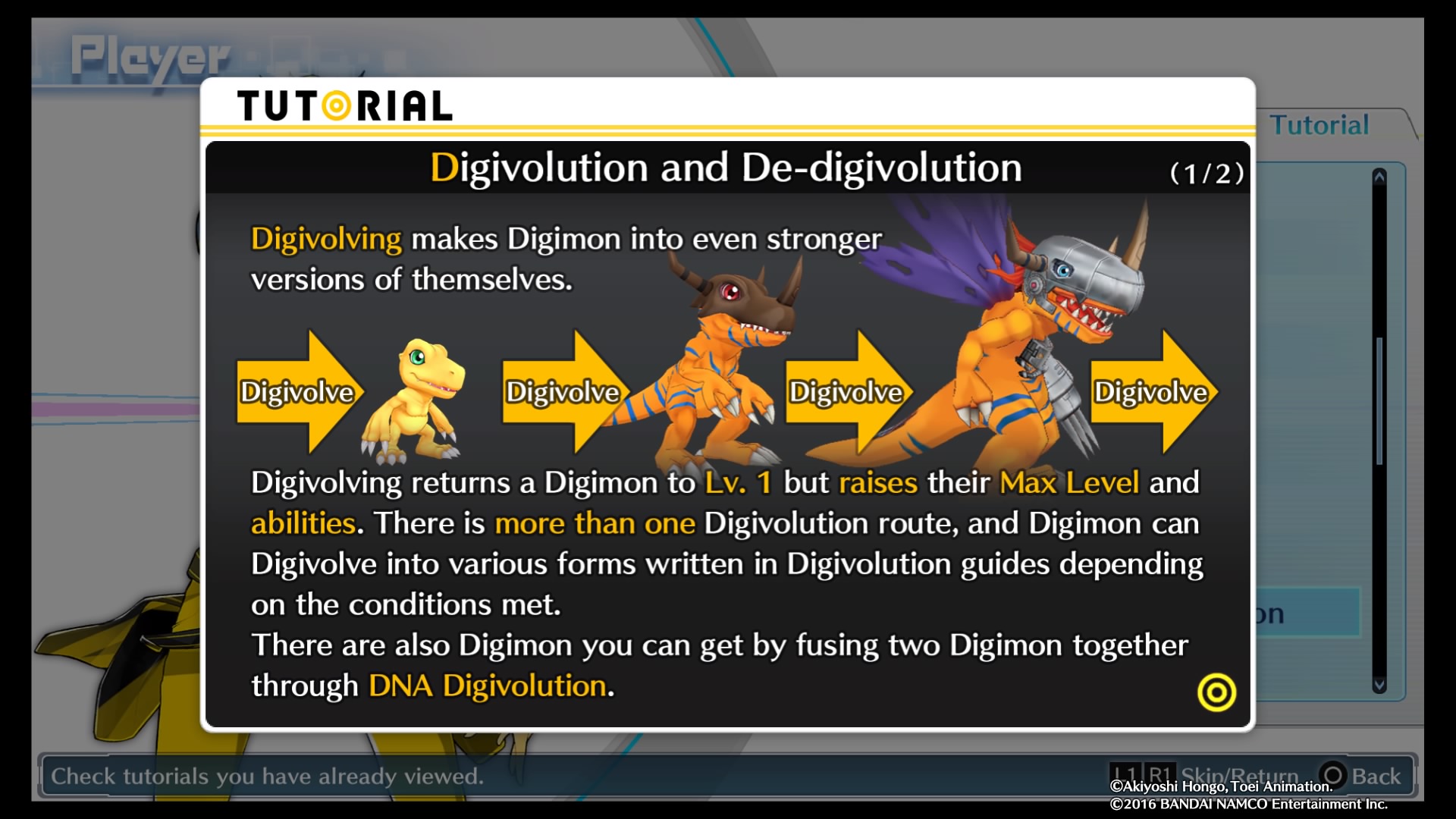 Digimons can evolve (Digivolve) into a stronger form. Usually a Digimon has 3-5 options to choose from on which form they can take next. 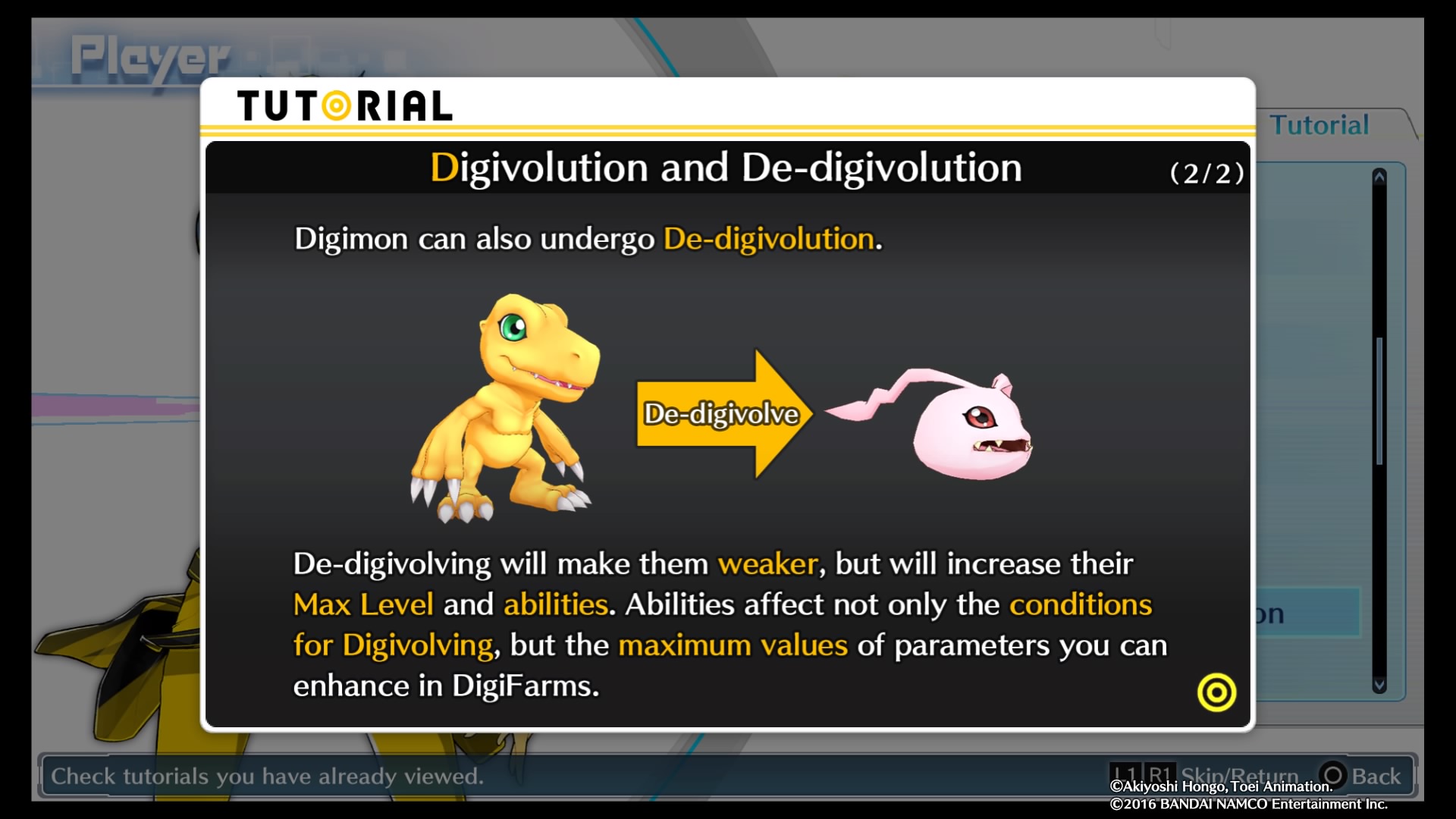 In case if you regret this transformation or if you need to De-Digivolve it to gain a higher Max Level or Abilities, you can revert the transformation anytime. 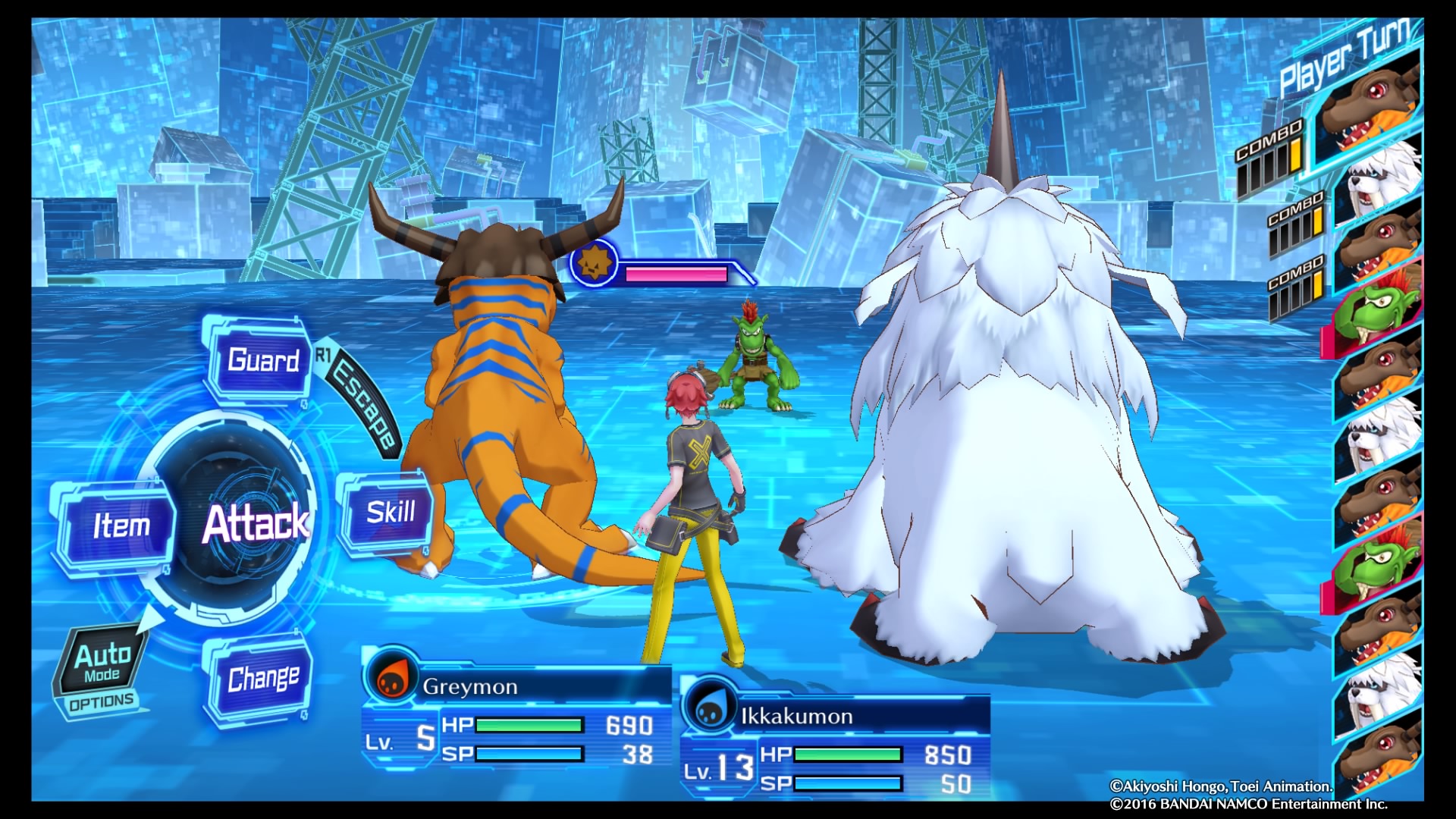 In this turn based system, you can choose how to play your turn. Either by launching a direct/magic/buff/debuff attack, or by switching a digimon out for a more suitable one, or by using “Items” such as Hp / Sp Restore to help your fight , or just simply use the “Guard” mode to defend against the next attack. You can even escape the battle if you feel you don’t need to fight, there is no penalty for doing so. 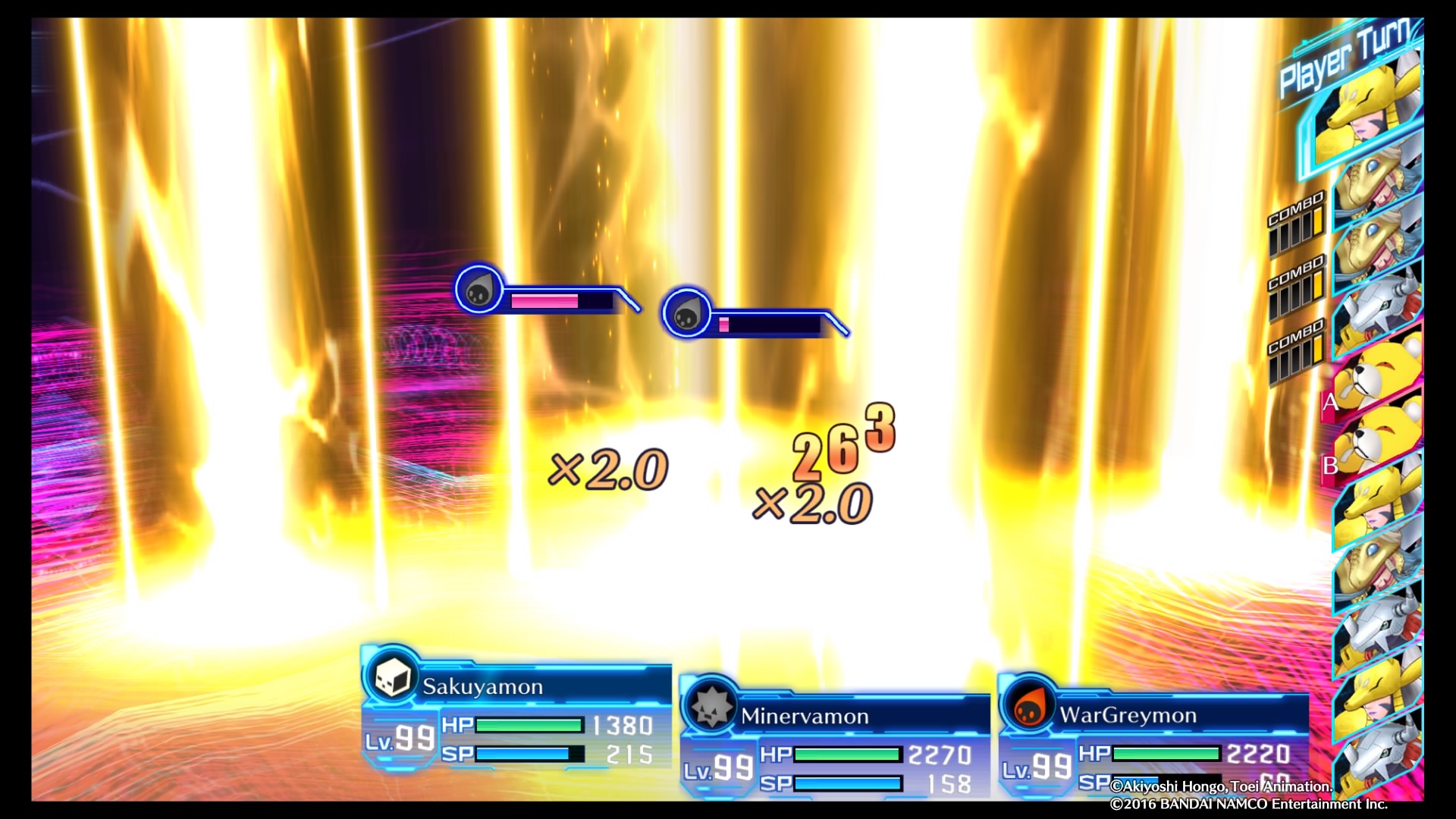 The moment one of my attacks landed on the enemy. Sakuyamon’s “Amethyst Mandala”

The only frown I have on the combat system is how quickly the battle usually ends. The AI more often than not, offer little to no resistance at all to your advances. If you grind hard enough at the beginning, your Digimon will be overpowering their way through the game.

Now of course some battles are still tough, but to date, I’ve never lost a single battle before (Except those I lose on purpose while grinding in Arena Cups). I hope there are new Digimon games next time and I definitely look forward to see how the developer address this Issue. The game needs alot of balancing work. 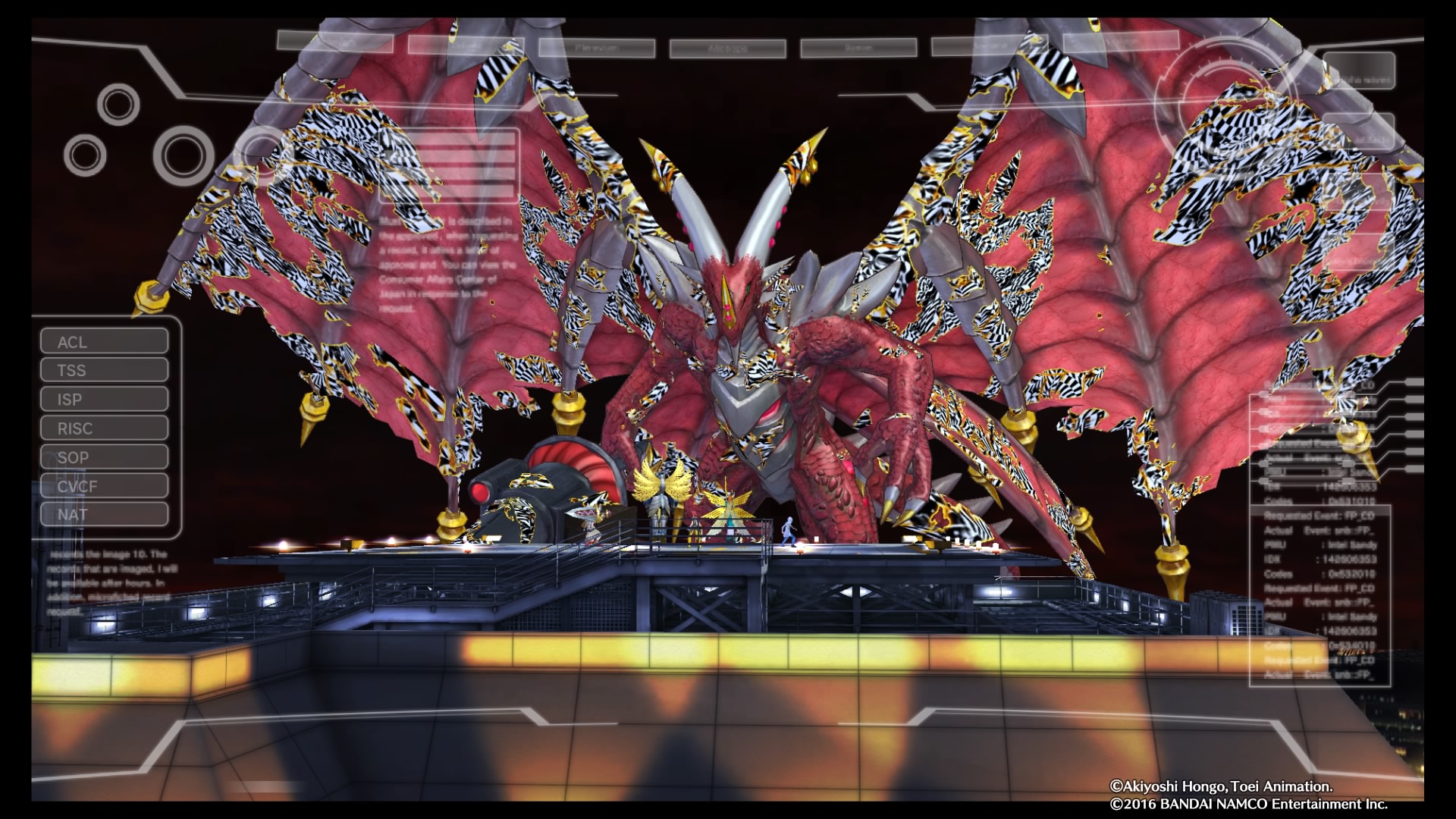 One of the Bosses you’d encounter in the game. Took a nice SS of him. 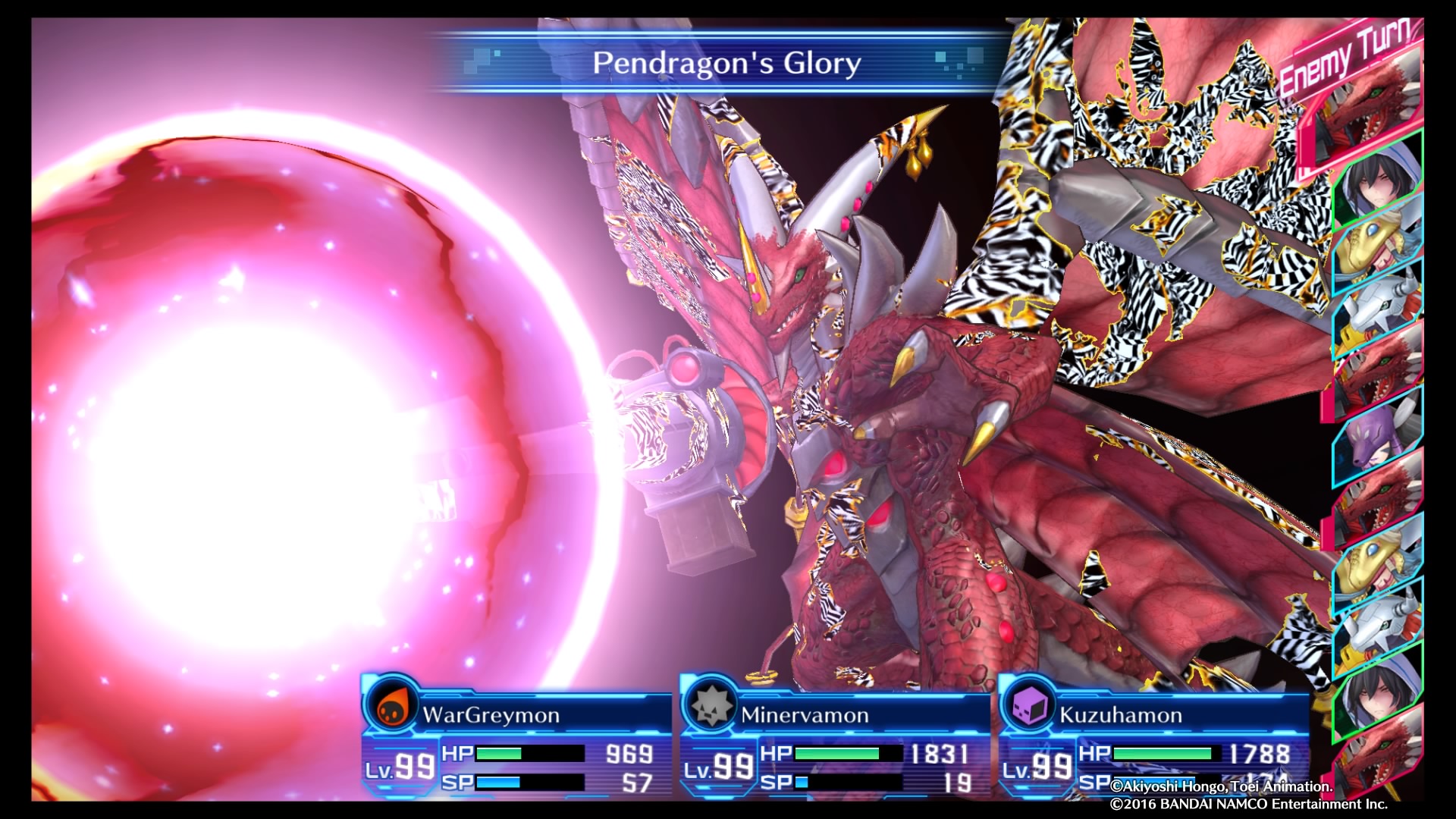 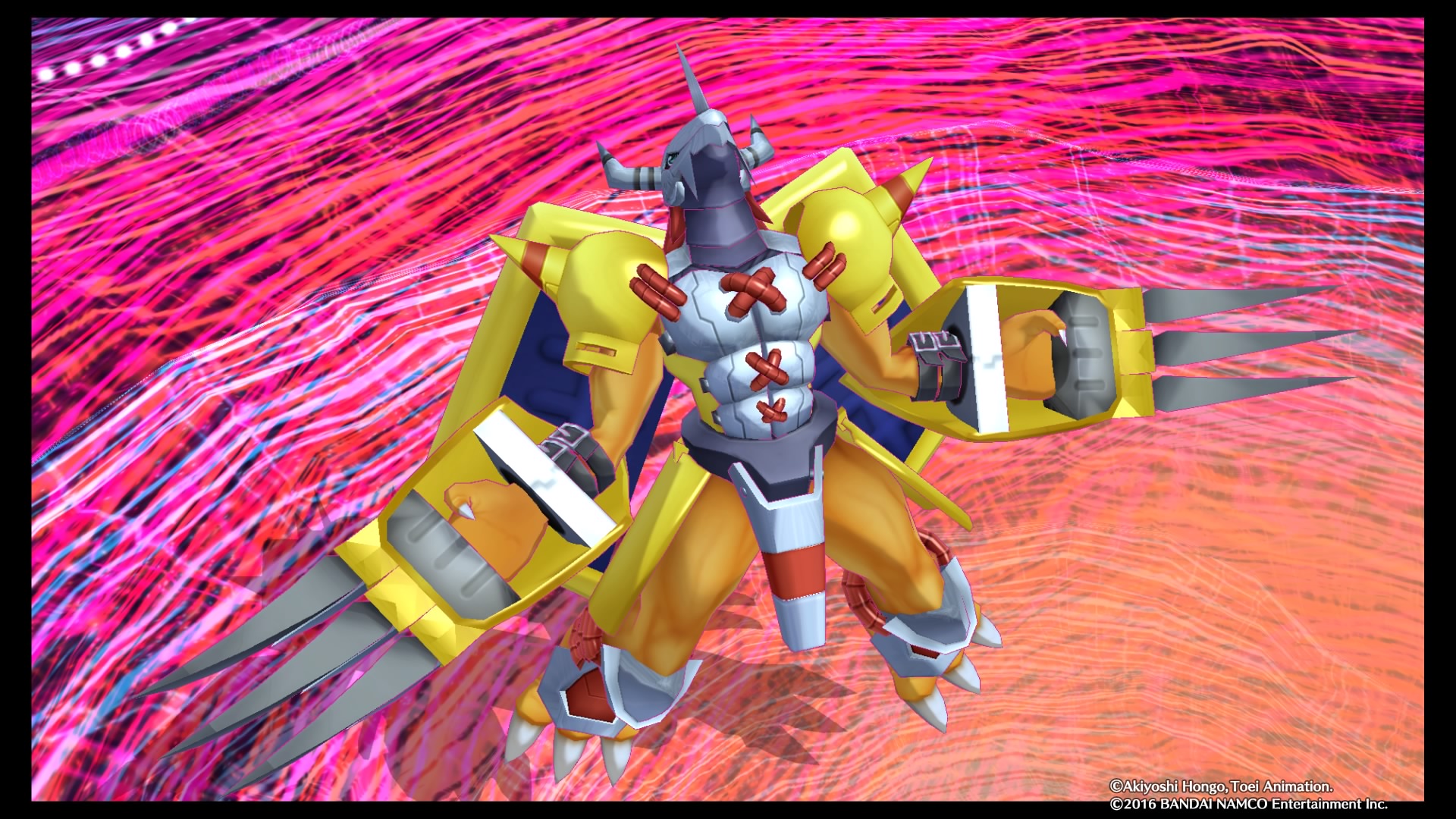 More exposure on the Battle Mechanics.
Abnormal statuses is one of the things that exist in the game. Your digimon can buff your other digimon/allies and they can also get debuffed by enemies. 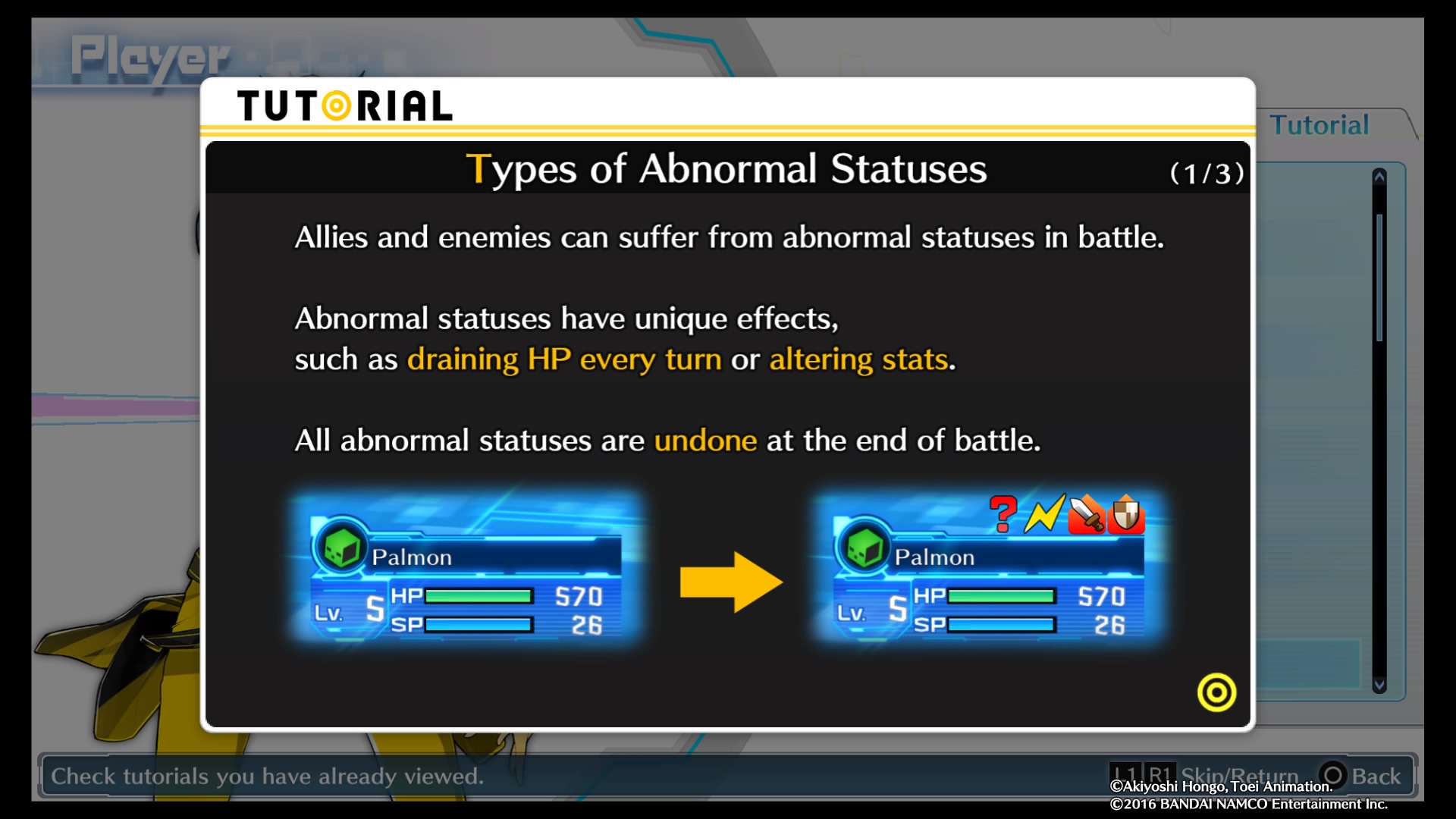 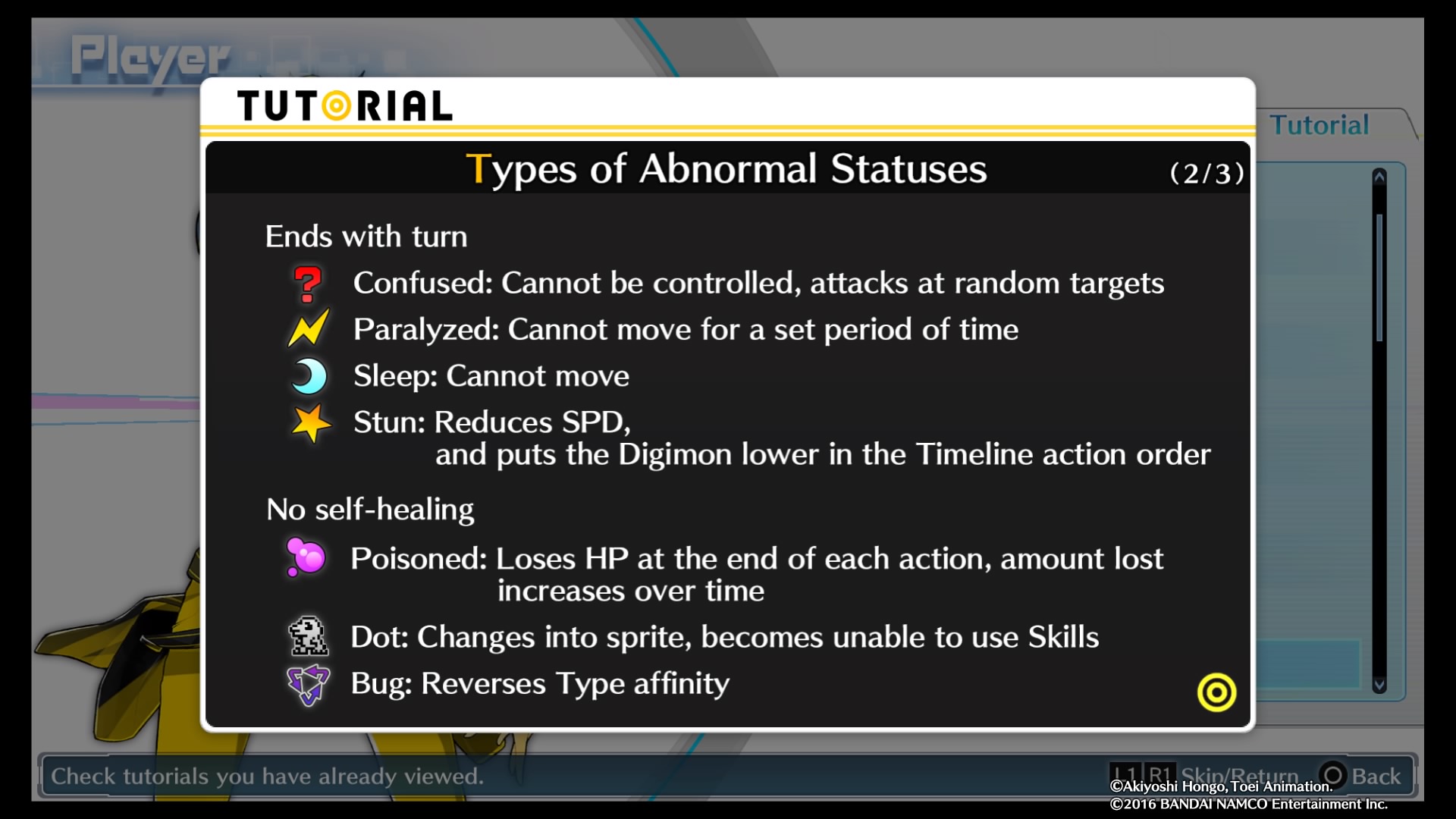 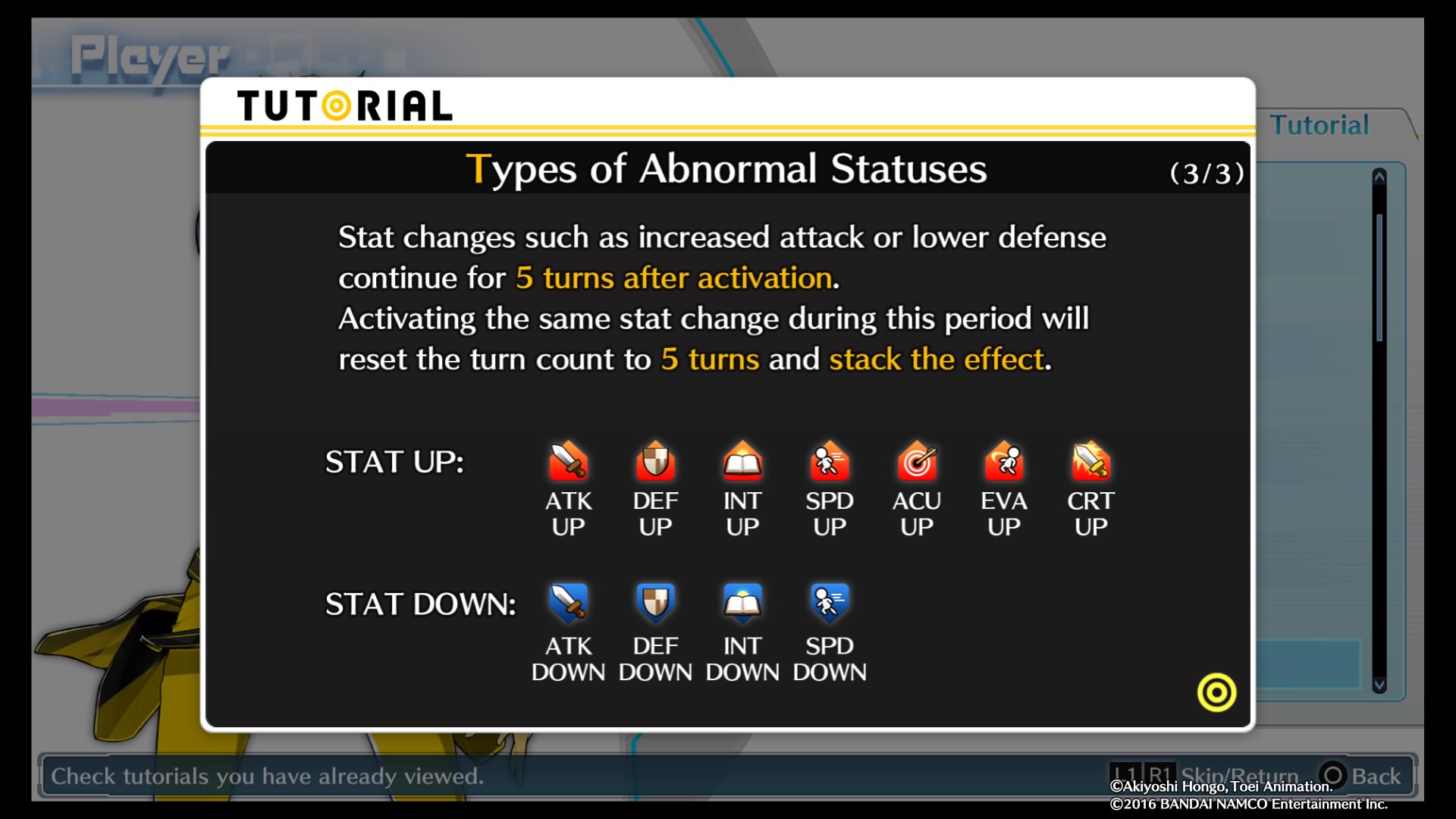 Types and Attributes also play an Important part in the Game. You will need to plan on what digimons you want to bring out with you. Digimons are divided into several types and attributes and you will need a mixture of them to ensure you are safe in combat. 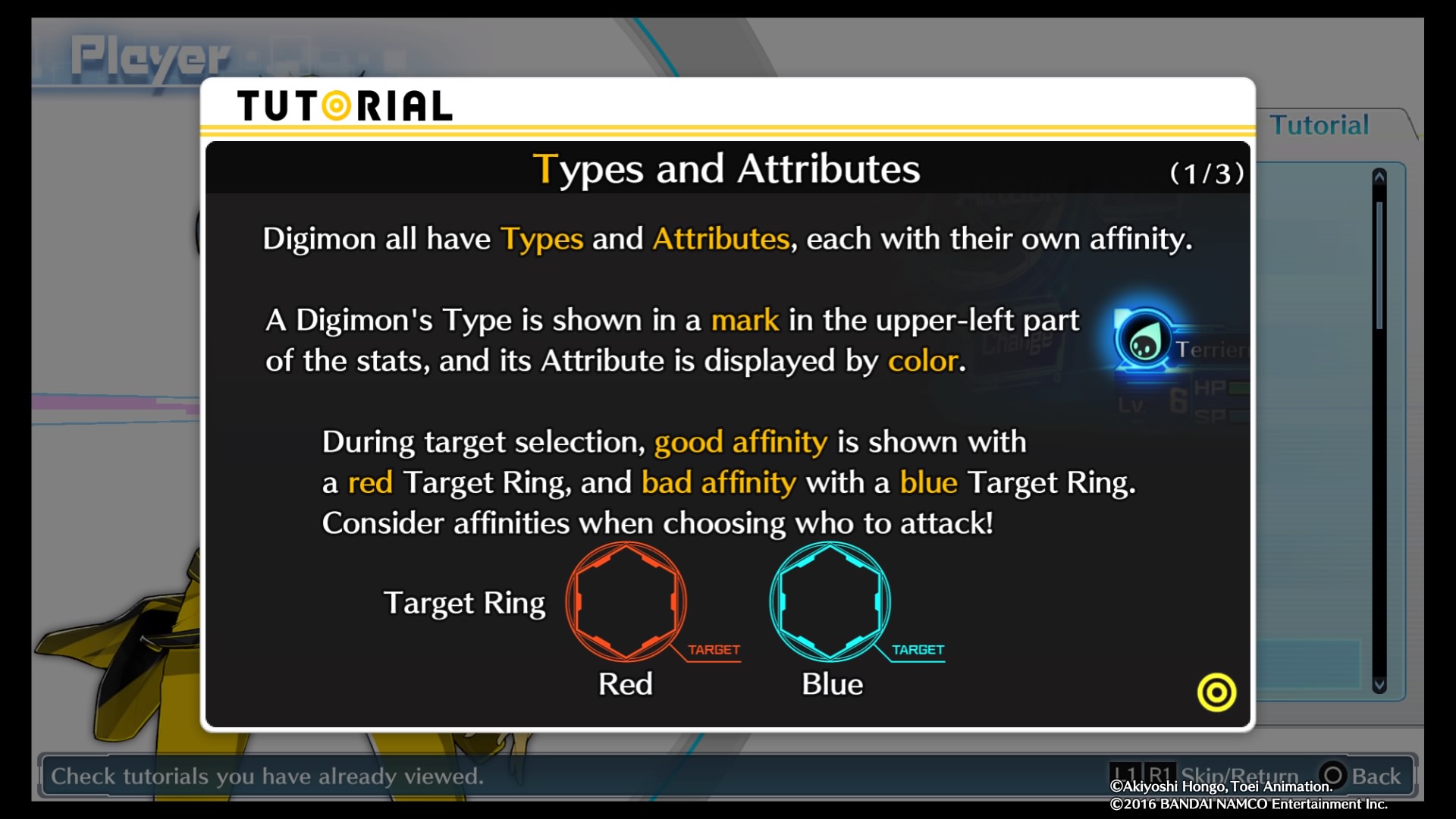 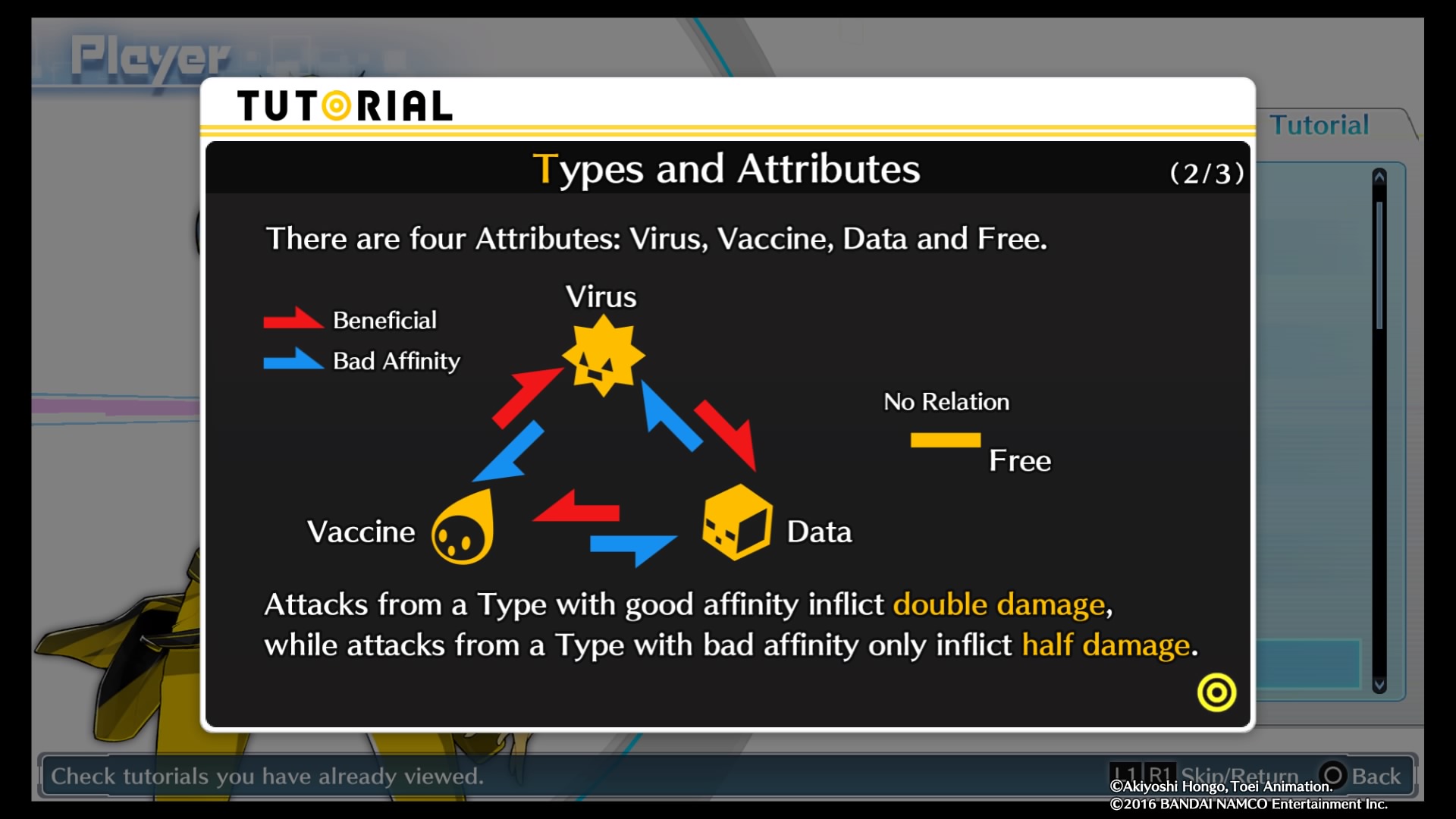 Grinding – (4/5)
Grinding is a must in this game, I mean you “Gotta Tame em all” right ? The game itself though doesn’t require you to grind, you can just pick several Digimons and stick with them till the end. The Grinding part is for those who wanna unlock more Digimons for the sake of collection, trophies and whoever who just feel like doing it.

Thankfully though, at the later stage of the game, the grinding becomes much easier (Though you need the right Digimon and equipments to enjoy a higher exp rate, they are easy to obtain however) You will be focusing and planning on which Digimon you want to get, which is like really fun 🙂 I’ve been stalling my progress because I was so caught up in training my Digimons .

How many Digimons can you bring into Battle? 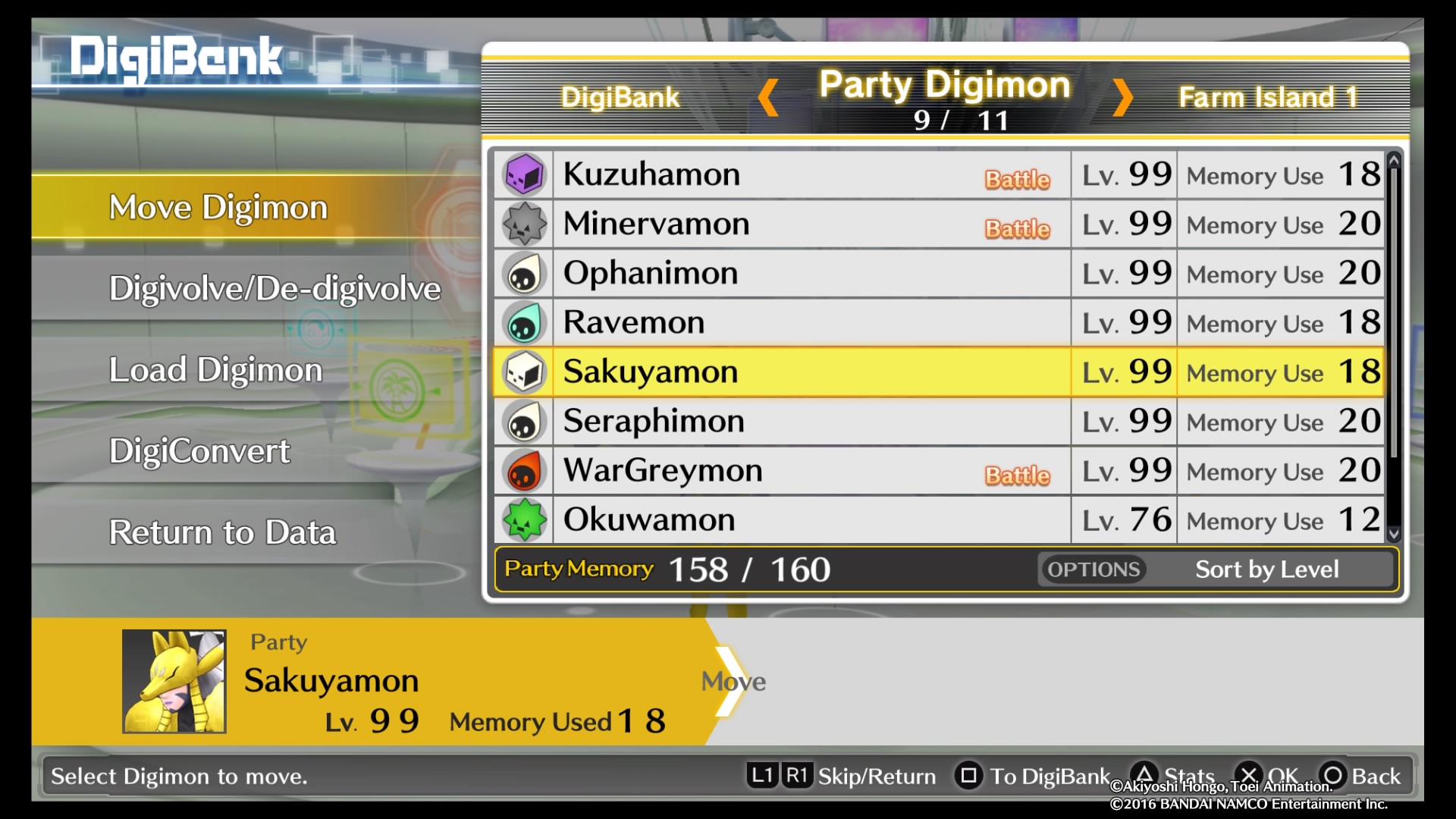 This is a screen shot of my “Party Digimon”, the Party Digimon shows the current Digimons I am bringing with me into battle. There are 2 different caps that limit the number of Digimons you can take with you.

Party Memory.
The DigiVice device that you use to summon your Digimon works like a mini computer. It has a limited Memory Slot (Party Memory). All the Digimons have their own Memory Use Cost, so as long as you have enough Party Memory to carry them all, you are good to go. Party Memory can be Increased by using “Memory Chips” obtained from Loot boxes (Remember to check all loot box), Mission Reward and Side Quest Reward. 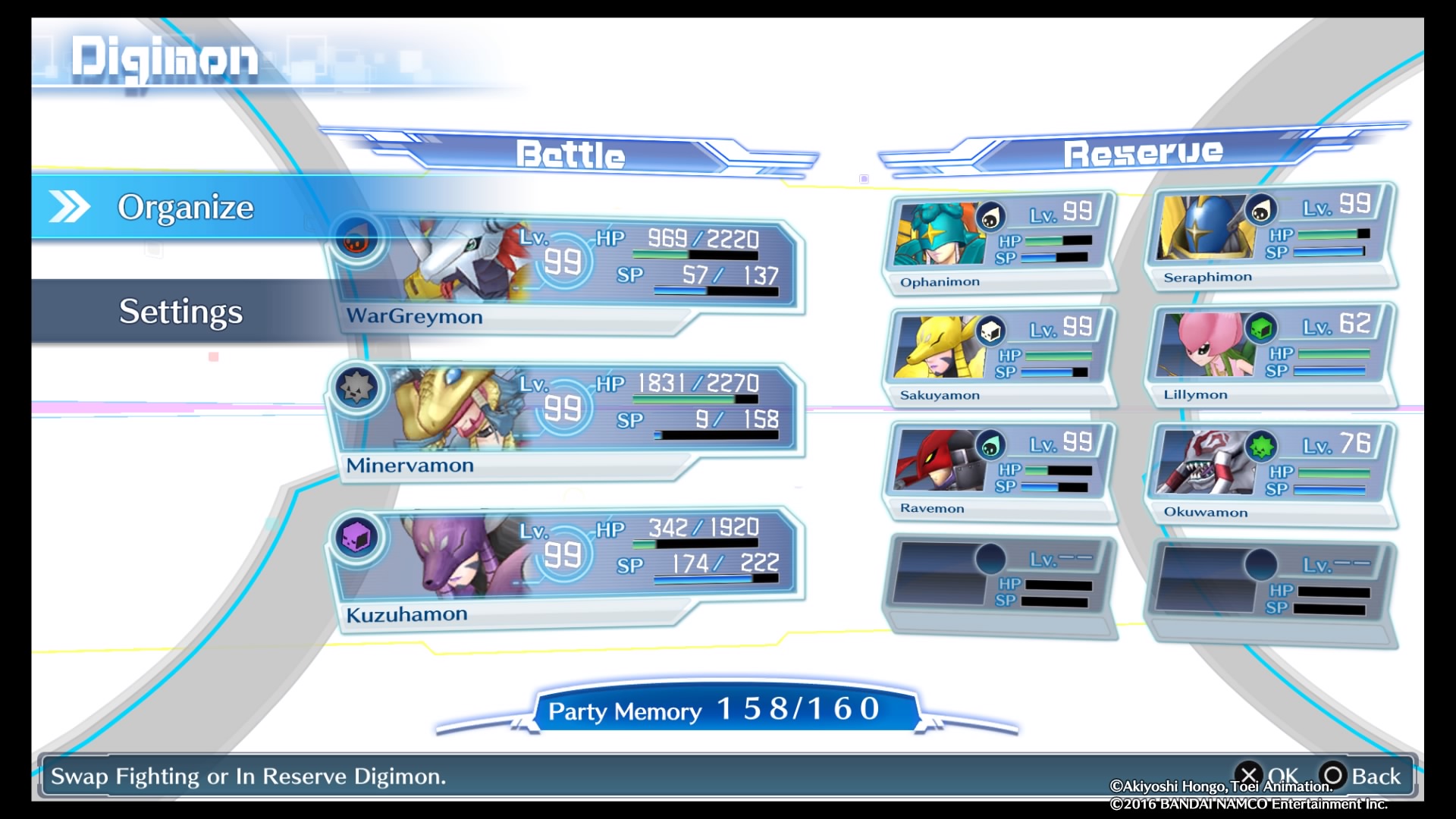 You can set 3 Battle Digimons (They are the ones who will appear first whenever a combat is initiated) and the rest will be in your Reserve team. You can make changes between the Battle and Reserve team even during the battle itself (at the cost of 1 turn).

Personally, I feel this whole concept of Party Digimon is very well made and thought of. At least players will have a chance at leveling several Digimons at the same time. You can bring 3 lvl 99 Digimons stacked with Extra USB items and carry your much lower level Digimons to see them grow at an amazing rate.

The Max level of a Digimon is lvl 99 here (Per Generation), in the later stage of the game, you could sky rocket from level 1 to level 50 in a single battle. 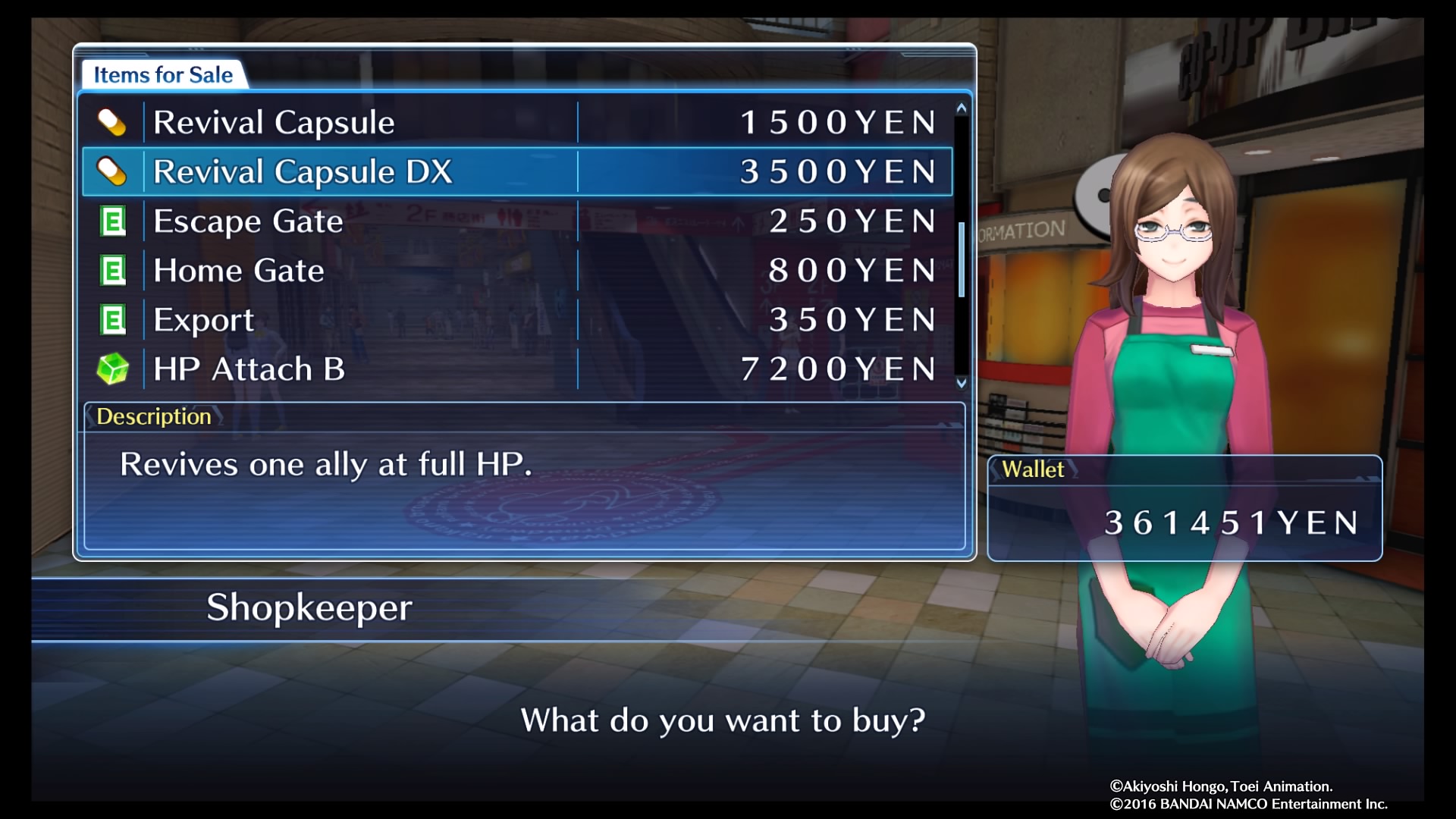 Npcs are around the game world, you can purchase some health packs from them or some other useful stuffs. Digimons can also carry up to 3 items at a time (Depending on their equipment slot) . Some of these items are Combat oriented items, which I find quite useless. I never needed any Increase ATK, ACU, or Aqua Guard item. Like I’ve mentioned above, the game is quite imbalance in many ways that you are basically mowing through all of them.

Conclusion
Overall, I will say this game is worth a try if you are a Digimon fan. No doubt it has many areas where it could Improve but nonetheless this is still a fun game for casual gaming.

Content wise there are 20 story chapters for you to experience but most of the time I just ended up farming levels for my new Digimons, there is a concern however if you are not already a fan of Digimon, you may lack the motivation to farm and unlock the Digimons you don’t need. So, possibly less content for non Digimon fans.

I enjoyed playing this game and writing this review, give us a like on our Facebook Page if you will and Subscribe to our YouTube Channel for more new gameplay Videos in the future ! Thanks for reading, wherever and whoever you are.