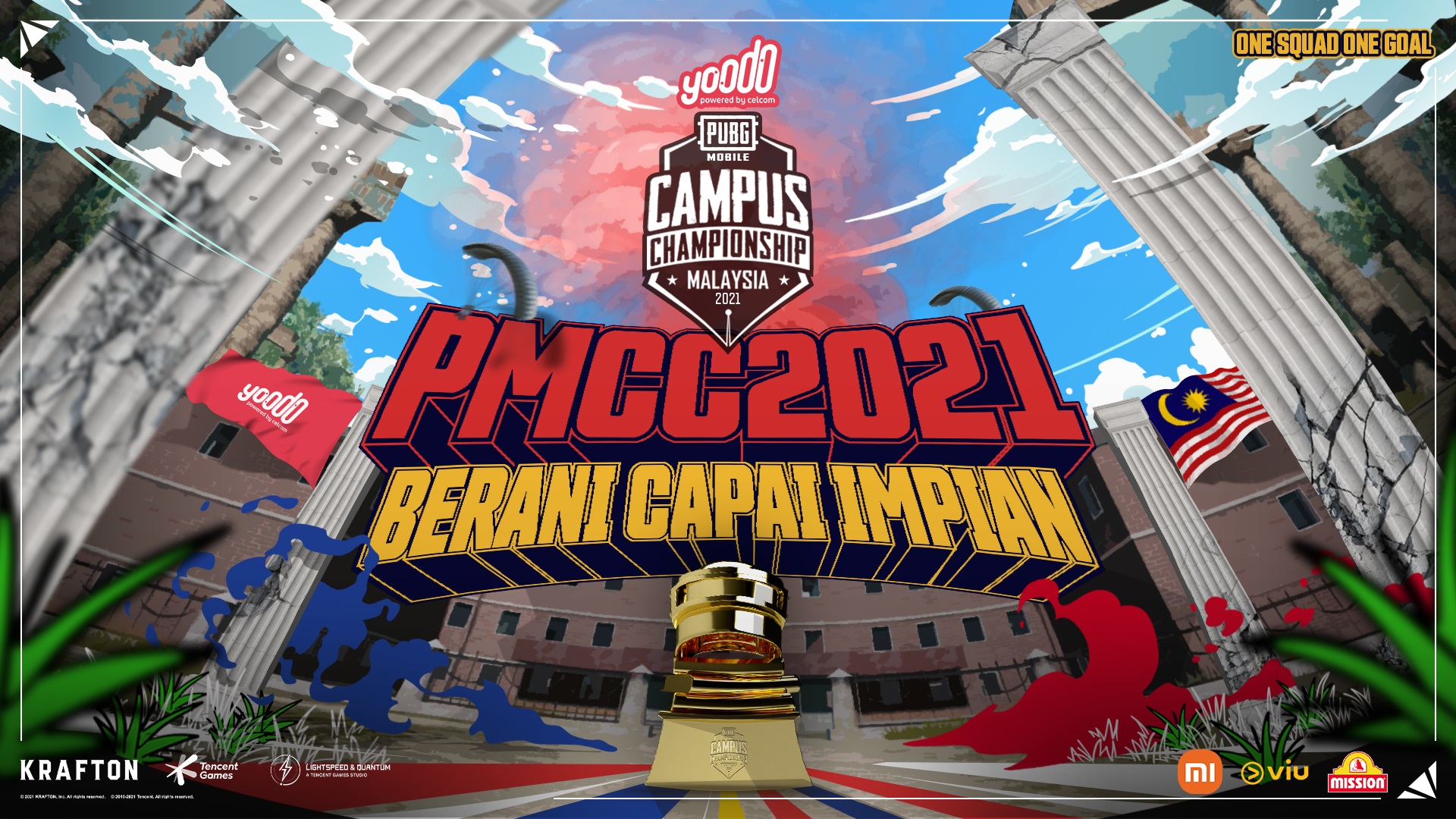 The Battle Is On! Yoodo Presents PUBG Mobile Campus Championship 2021

Get ready for the action! Yoodo – Malaysia’s first truly customisable and 100% digital mobile service – is once again partnering with popular gaming giant PUBG Mobile for the 2021 edition PUBG Mobile Campus Championship (PMCC), with a prize pool of RM 60,000 to be won!

“We’re incredibly thrilled to kick off PMCC 2021 together with PUBG MOBILE and our partners in support of collegiate talents. Amidst the pandemic, esports has uniquely stood the test of our times and continued to grow rapidly with no signs of slowing down. As one of the leading digital telcos in Malaysia and a consistent champion of grassroots talent, Yoodo is here to propel the esports community and talents within to greater heights.”

This collegiate-level tournament is also supported by Official Smartphone Partner, Xiaomi; Official Partner Viu; and Official Corn Strips Partner, Mission Foods. PMCC 2021 will pit over 1,000 students from colleges and universities across Malaysia in an action-packed virtual battle for a shot at the prize pool, an automatic wildcard entry into the PUBG Mobile National Championship (PMNC) 2022, as well as Yoodo credits and exclusive merchandise.

This year’s PMCC also sees the return of Yoodo’s Caster Search, which was first introduced in 2020. This initiative presents a golden opportunity for aspiring commentators to showcase their casting skills and kickstart their careers in the esports scene, while also supporting Yoodo’s ultimate goal of nurturing Malaysian talent.

“We’re truly excited to bring the action to Malaysian students with our long-time partner Yoodo. PUBG MOBILE and Yoodo both share a longstanding love and dedication for gaming. We’re proud to partner with Yoodo to launch PMCC 2021 and we look forward to yet another gripping and successful tournament this year.”

But that’s not all! Yoodo is taking their support for local talents up a notch with a search for PMCC 2021’s Campus Ambassador – a whole new talent showcase segment dedicated to finding the face that will represent the tournament. Students who think they have what it takes to be the icon of PMCC 2021 will need to submit an introduction video to be shortlisted to show off their talents.

Meanwhile, aspiring student gamers will drop into the battleground with qualifiers set to take place between October 30th, 2021 – November 14th, 2021. A total of five virtual qualifiers will be held in the following zones:

“PMCC in the previous years received overwhelming response and support from all corners of the country. We’re proud to bring back such a beloved tournament to Malaysian students, and even more so to make competitive esports more accessible to young talents with prestigious partners Tencent and XiaoMi. We’re all looking forward to a gripping battle for the championship title!”

Registrations for PMCC 2021 are now open. Students can sign up for the tournament here.