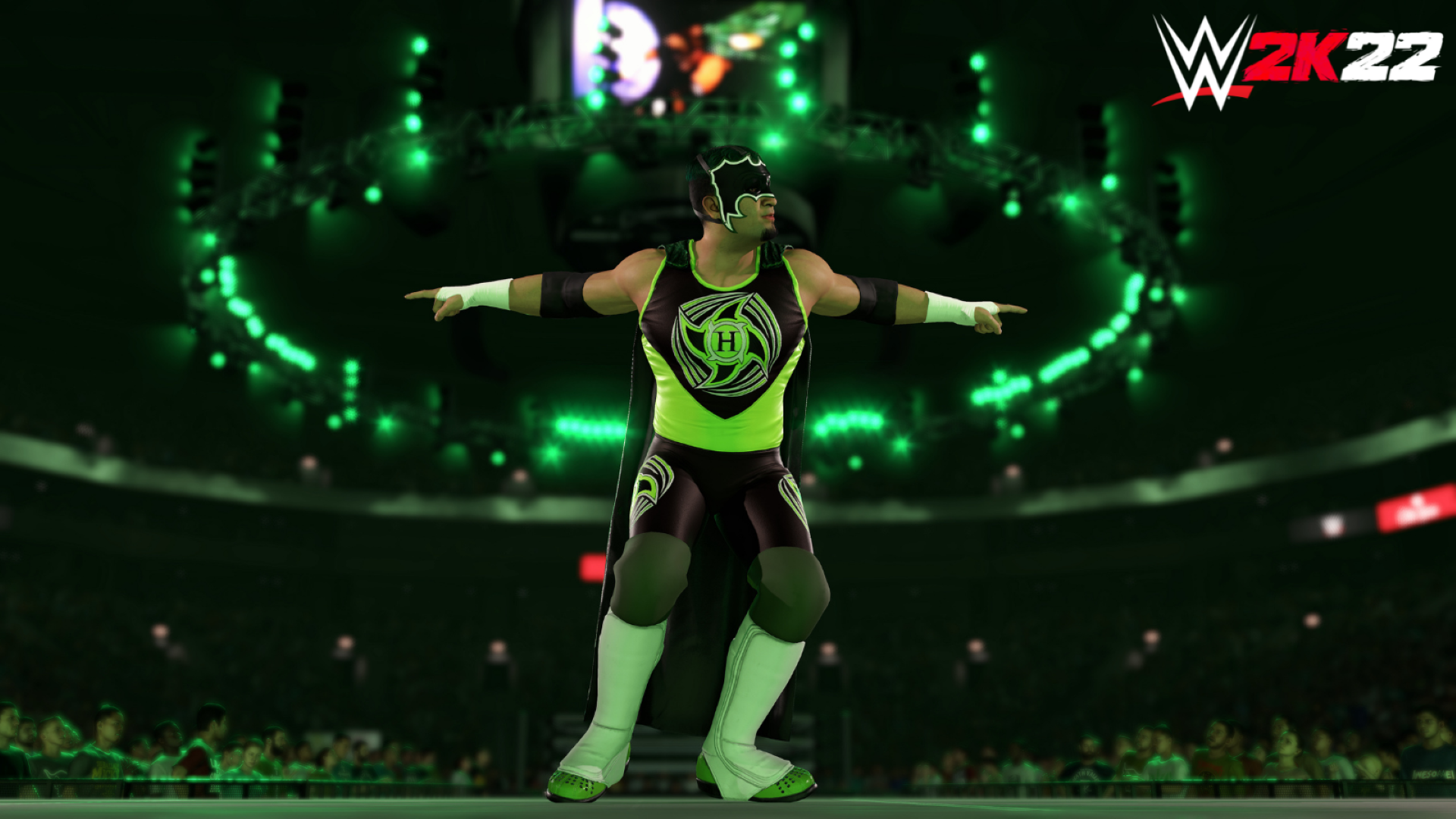 WWE 2K22 Stand Back Pack Is Here To Save The Day

In addition to the aforementioned Superstars, the Stand Back Pack also includes a Booker T EVO card, Sapphire Seth Rollins card – featuring an alternate attire – and four gold Contracts, all for use in MyFACTION.

Also available now as part of the latest patch update, is a collection of FaZe Clan apparel for use in Community Creations. FaZe Clan is a lifestyle and media platform rooted in gaming and youth culture, and 14 apparel items in total are available, including men’s and women’s shirts, jackets and hats adorned with the FaZe Clan logo.

Two more DLC packs will be available in the months ahead. Post-launch content packs are available for individual purchase, while the full set of packs is included with the Season Pass, Deluxe Edition, and nWo 4-Life Digital Edition of WWE 2K22.

*The Stand Back Pack is included with the Deluxe Edition and nWo 4-Life Digital Edition of WWE 2K22 and is included as part of the WWE 2K22 Season Pass. Also available for individual purchase. Base game required.