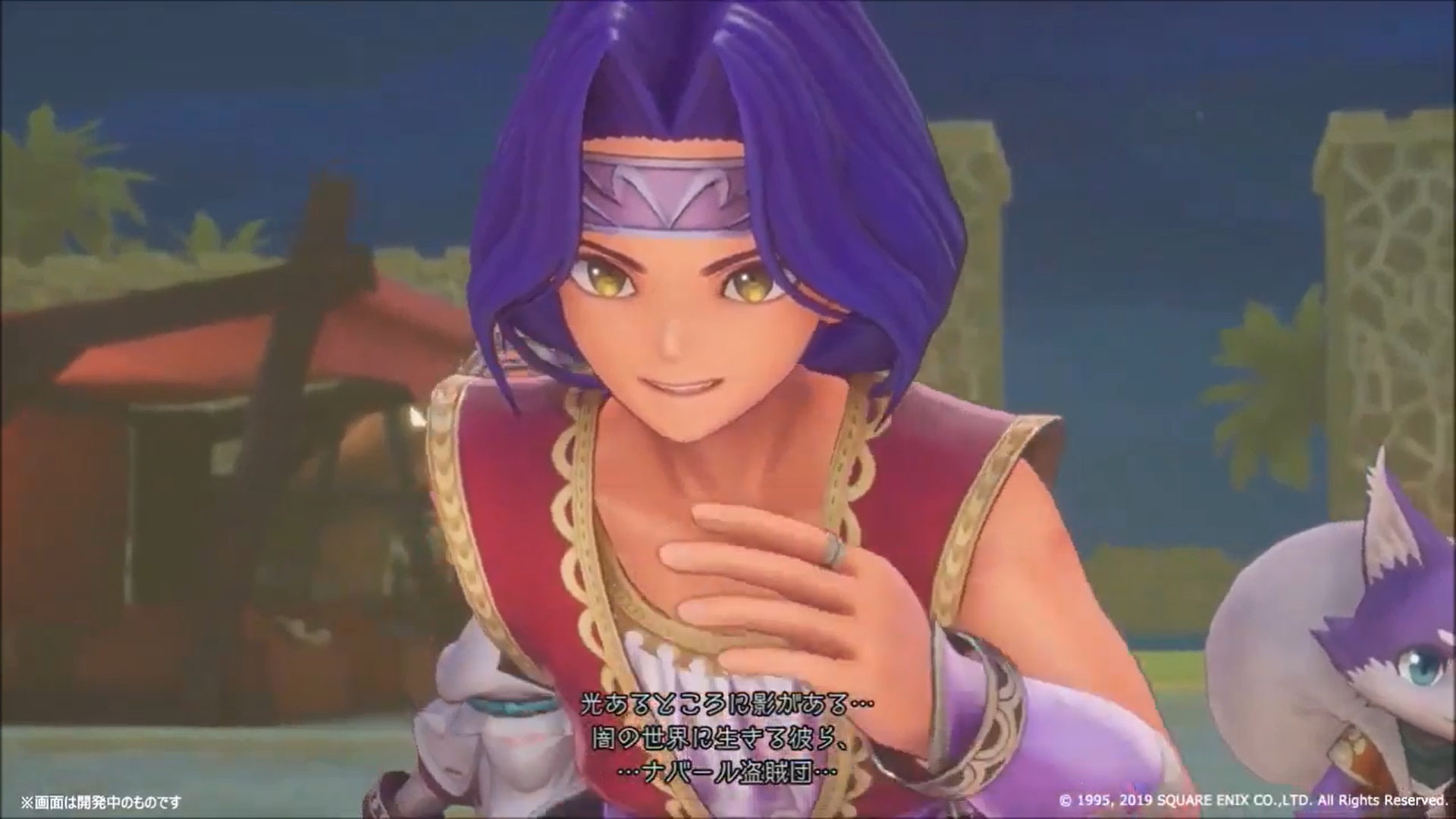 Another reveal by Square Enix of one of six characters in the 3D remake game Trials of Mana featuring Hawkeye who hails from the desert fortress of Nevarl, home to a guild of noble thieves.

Raised as an orphan by Flamekhan, the leader, together with Flamekhan’s own children, Eagle and Jessica. Hawkeye comes across as a laid-back and charming young man, making it hard to tell when he’s being serious. But at his core, Hawkeye is a fiercely loyal friend. Nothing gets past his honed senses and quick wit. In a twisted turn of events, witch Isabella casts a spell making Eagle attack Hawkeye, eventually killing Eagle in the process and putting Hawkeye in prison. While awaiting his execution, Isabella told Hawkeye that she has given a cursed necklace to Jessica. Luckily, Hawkeye escaped and embark on a journey to Wendel to lift the necklace’s curse.

Princess Riesz from Mountainous Laurent, Kingdom of Wind has vowed to protect her brother Elliot after the passing of her mother Minerva only to be later tricked by 2 ninjas from Nevarl into dispelling Laurent’s protective winds, which results in kidnapping Elliot and Nevarl taking over the castle. Princess Riesz escapes and embarks on a journey into Wendel to seek counsel from the Priest of Light.

Riesz is a princess & captain of the Amazon guard which protects the kingdom.

The remake is coming to you soon on April 24, 2020, for Switch, PlayStation 4 and PC.
For more of our previous coverage, click on the links below:

Square Enix is bringing yet another known classic off from their Final Fantasy franchise onto current platforms.https://www.youtube.com/watch?v=AX1cYb4pA6sAs the word Remastered implies, this is another...
Read more
News

Geoff Keighley's Summer Game Fest 2020 will be having a special coverage on Twitch. The live-stream will have exclusive content from a number of...
Read more