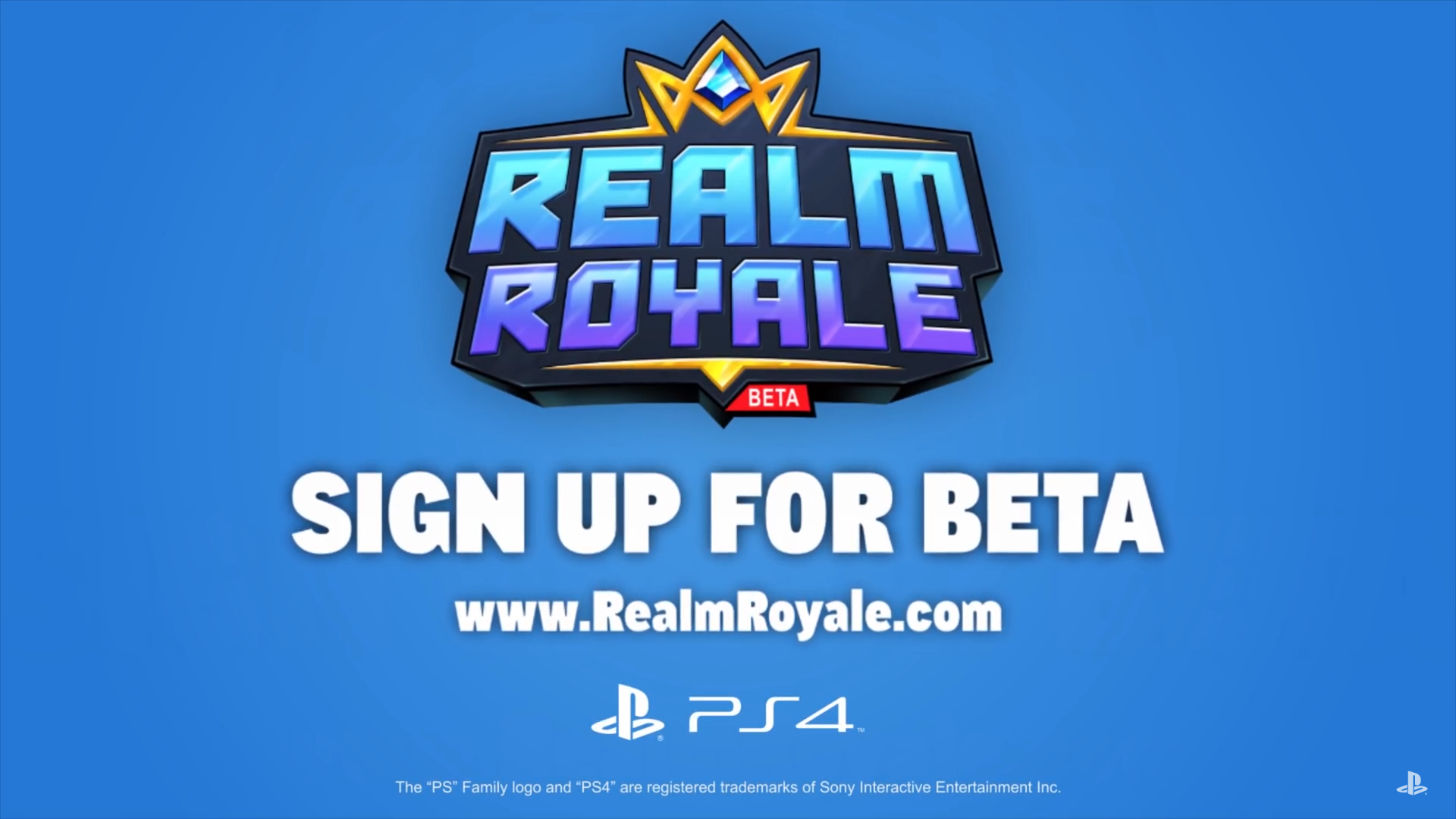 Yet another 100 person Battle Royale game (Yes, another one!). Realm Royale created by Hi-Rez Studios has recently announced a closed beta next week for the PlayStation 4 and Xbox One. Those who are interested may sign up from the following link.

Unlike Fortnite however, Realm Royale is focused on medieval themes and has its own mechanics to try, for example:

Take note that this is closed beta therefore not everyone will be selected. Release date for the actual game for the PlayStation 4 and Xbox One is yet to be confirmed.