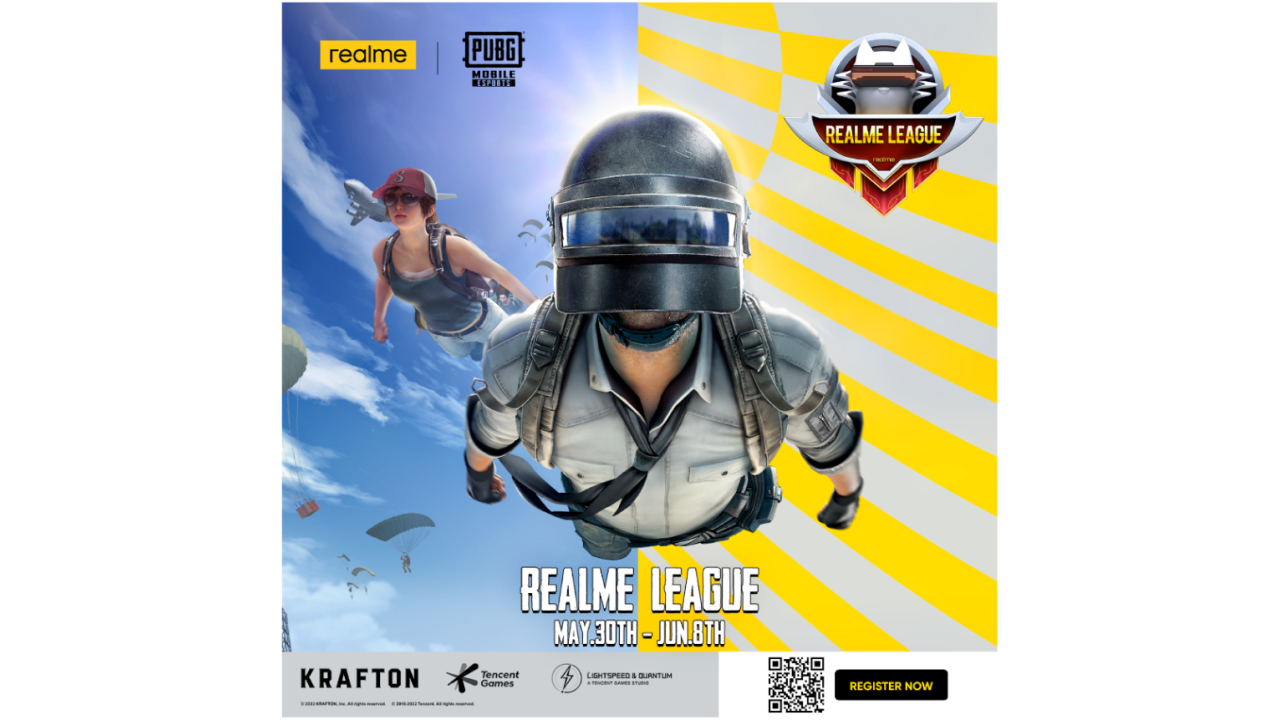 Calling all passionate PlayerUnknown’s Battlegrounds (PUBG) Mobile players, competitive teams, close gamer friends, and those who dream of becoming champions – a real chicken dinner fest is now served by realme, with countless exciting rewards to be won! realme, the world’s fastest-growing smartphone brand, encourages its young Malaysian audience to explore their chances of becoming a regional Southeast Asia eSports player through its collaboration with PUBG this coming June 2022. realme continues to explore the many talents of its young audience worldwide – with the ever-rising trend in the gaming industry, the trendy smartphone brand announces its realme League in collaboration with PUBG across Southeast Asia starting from 30th May.

The event will be split into country levels and regional levels. Players’ first rounds will be held on a country-level tournament, and only the top six teams from each country will proceed to regional level, also known as realme League finale. Starting 10th June, players are welcome to participate in realme League alongside their closest gamer friends – simply form a team of four to have fun competing with players from all-across Southeast Asia, and stand a chance to win up to USD2,000 and a variety of realme smartphones and other products. Scan the QR code to register now! Details of the tournament as below. Be your own champion, Be realme!