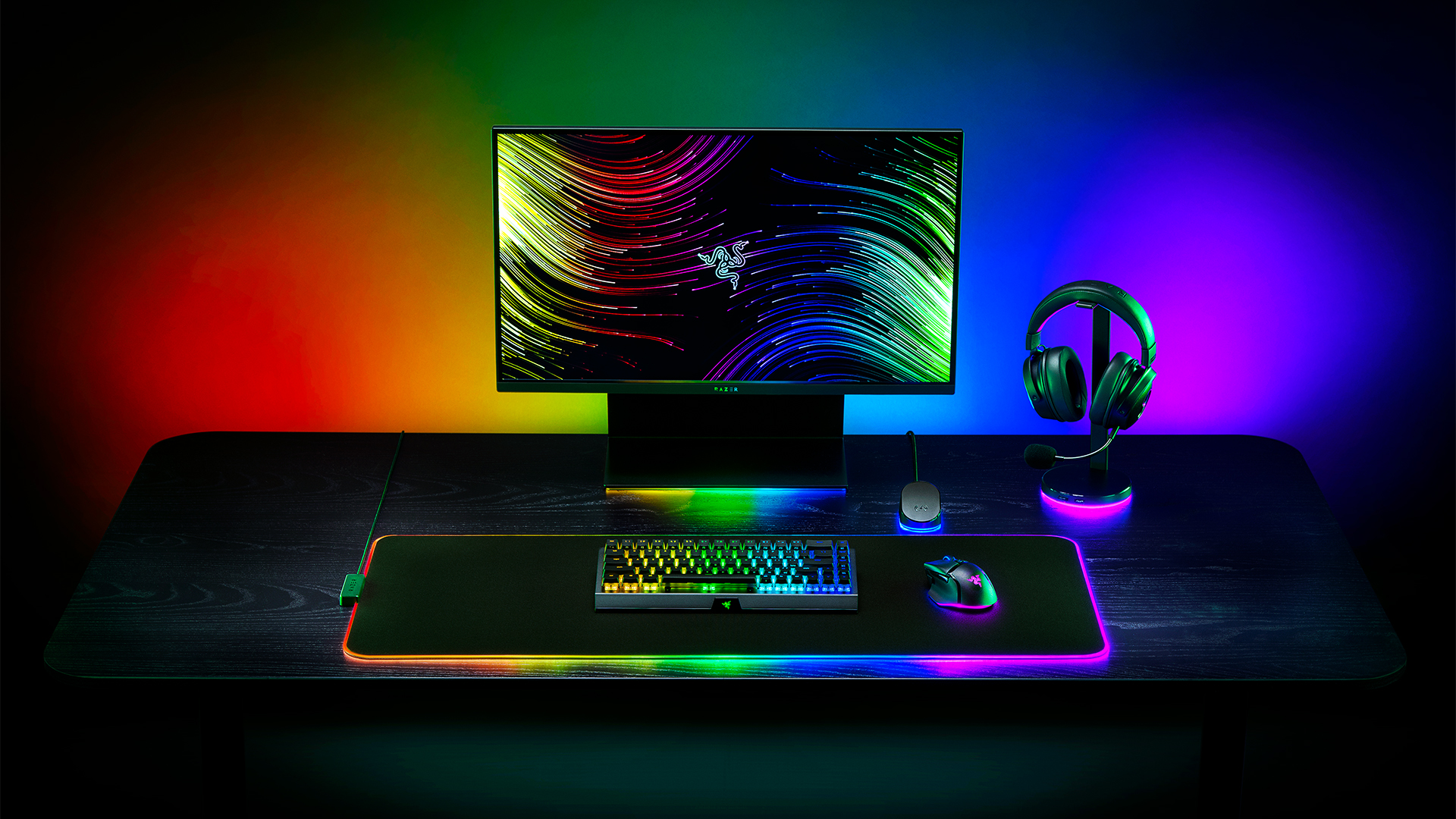 Razer Strider Chroma: Outshine All Others

Being a hybrid soft/hard mat, the Razer Strider Chroma offers the smooth, even glide of a hard surface, allowing for agile movement that is just as precise. Measuring 900mm x 370mm with a thickness of 4mm, the large extended mat provides ample space for your keyboard and mouse. With an anti-slip base, the grippy underside is reinforced with a grooved pattern to truly anchor it to a desk. The Strider Chroma is also warp-and-water-resistant for greater durability to maintain a flat surface for consistent control, and protected against any accidental spills.

The Razer Strider Chroma is the world’s first hybrid gaming mouse mat with multi-lighting zones, boasting 19 customizable lighting zones for unrivalled personalization. Powered by Razer Chroma RGB, this allows for maximum RGB illumination with over 16.8 million colours and countless lighting effects, with the ability to dynamically react with over 200 Chroma-integrated games.

For gamers who want an even larger mat, the Razer Goliathus Chroma 3XL measures a massive 1200mm x 550mm with a thickness of 3.5mm. Razer’s bestselling soft gaming mouse mat line now comes in this ultra-large size, allowing the Goliathus Chroma 3XL to cover entire desks, perfect for those who use lower DPI or like to have more mouse mat areas to manoeuvre. With a micro-textured cloth surface, every mouse movement is translated into exact cursor movement for ultimate precision, allowing gamers to achieve that deadly balance of speed and control. Optimized for all sensitivity settings and sensors, the Razer Goliathus Chroma 3XL delivers total tracking responsiveness for reliable in-game control whether you’re using a laser or optical sensor. Equipped with a non-slip rubber base, the mat stays firmly in place, even during the most intense games.

Both the Strider Chroma and Goliathus Chroma 3XL are now available at Razer.com and in-store at RazerStore locations.