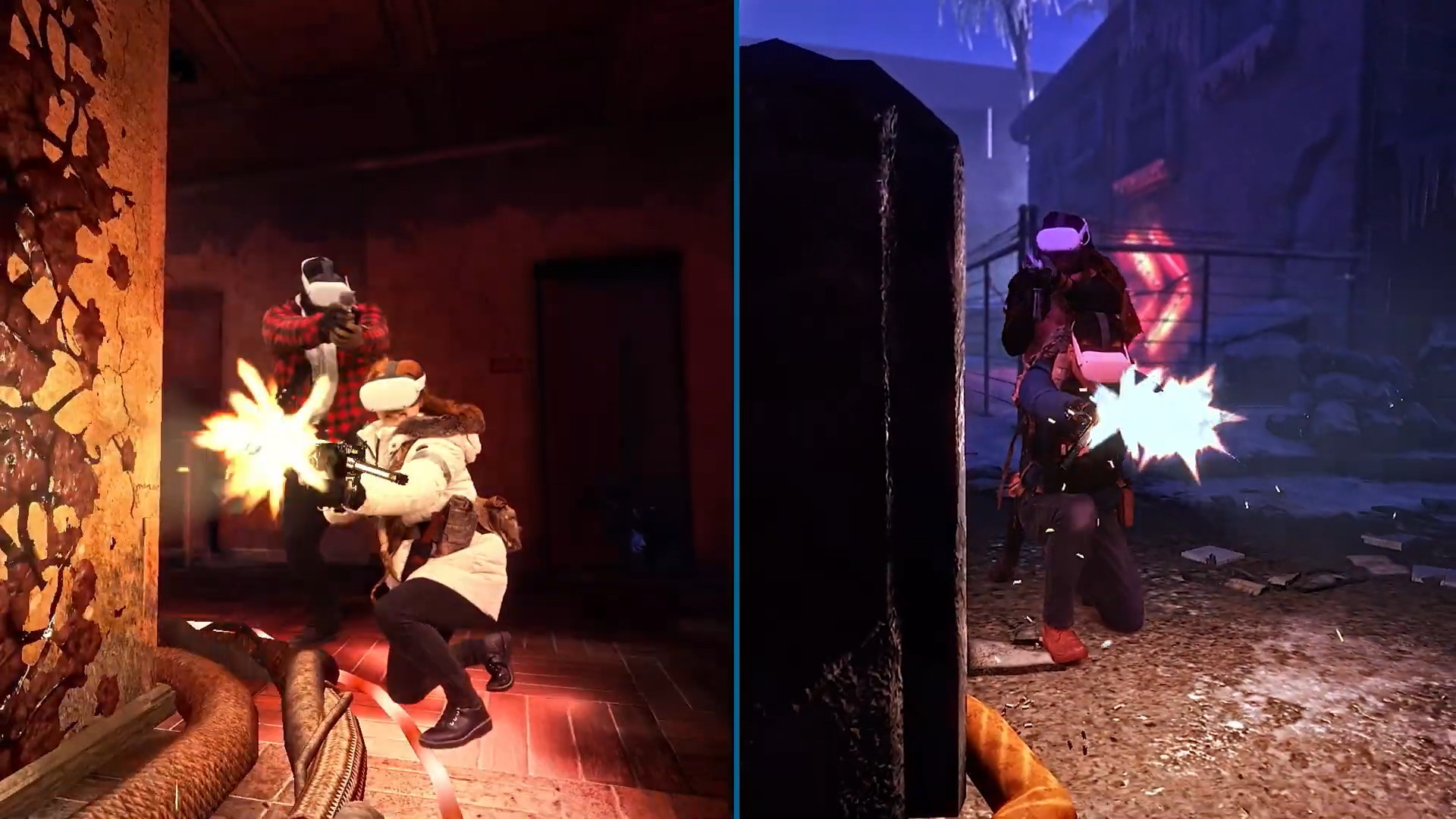 After The Fall Launches ‘Shock & Awe’ Update With New Arsenal, Free For All Mode And More

Vertigo Games, the VR specialist publishing and development arm of the global Koch Media Group, have just released the ‘Shock & Awe’ update for After the Fall. This addition to the game’s Frontrunner Season brings a great set of arsenal and is available for free to all owners of the game on Meta Quest 2, PSVR (both digital and physical), and PC VR.

To celebrate, Vertigo Games have released two separate trailers. The action-packed co-op trailer is made with supported LIV software, which allows creators to produce high-quality mixed reality content. The Frontrunner Season overview trailer showcases all the new and previously added content in the game since launch.

The ‘Shock & Awe’ update brings a great set of arsenal, including the Shockwave Power Device, Rage Booster, Warhead, and a Tommy Gun. Players can grind for floppy disks in order to claim these new items, which enable them to take on hordes of Snowbreed in new, impactful ways.

Besides the new consumables and combat device, a free-for-all PvP mode and the ‘Stockpile’ PvP map are now added to the game as well. This new map is a repurposed warehouse that’s all about close-quarter combat and lightning-fast respawns with items that can be found scattered throughout the map. The Frontrunner Season already brought the well-received Horde mode update and Boulevard update, which introduced two horde mode maps, a new revolver, the Boulevard Harvest map, the ‘Skimmer’ enemy (which is now added to all Harvest Maps), the LMG and Revolver weapons, and lots of player outfits. Moving forward, Vertigo Games plans to keep expanding and further improving the world of After the Fall for all its players.

With intense 4-player co-op and cross-play at its core, After the Fall offers action-packed co-op gameplay, built from the ground up for VR. Starting out in a shared space with up to 32 other players across all platforms, players venture out into the remains of post-apocalyptic LA in squads of four, wielding weapons with real-life movements. To stay ahead of their enemies, players scavenge the undead-infested VR world, with new discoveries lurking around every corner. When they’re ready, the competitive Tundradome PvP arena and endless hordes in Horde mode await them.