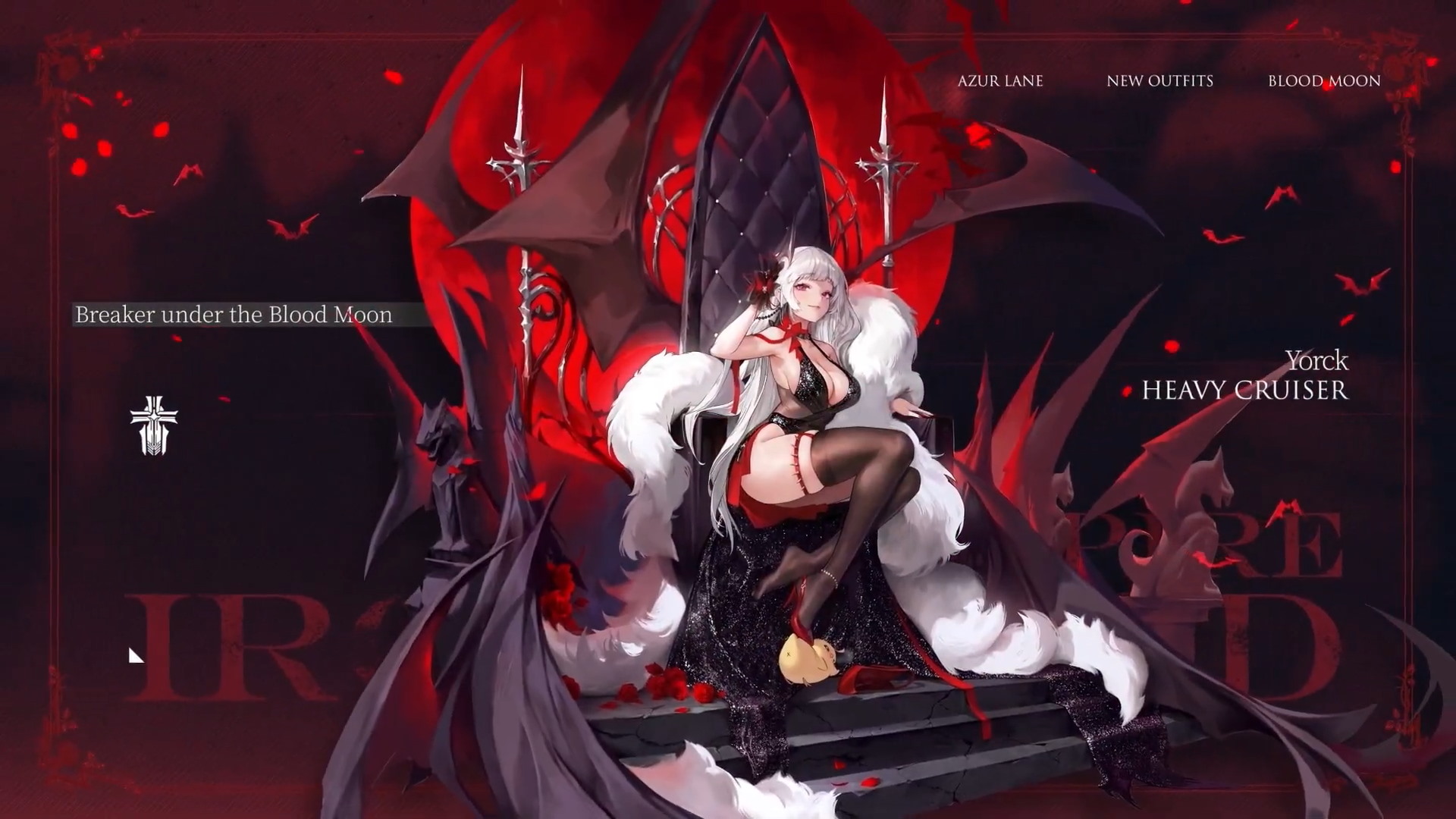 Azur Lane, the naval shoot-em-up mobile game, introduces the “Rondo at Rainbow’s End” Event, starting April 28th and ending May 12th. In this update, the Iron Blood fleet that sank at Scapa Flow is brought back through a Singularity. Seven brand-new characters are now available to expand the ship reserve of Iron Blood, which will usher in new mechanisms and challenges for fighting against Siren. Furthermore, the “Rondo at Rainbow’s End” Event also brings 2 mini-events, a series of vampire-themed outfits, a delicate furniture set, and tons of rewards.

Mini-Events & Rewards
Two mini-events are introduced in “Rondo at Rainbow’s End”, granting players more opportunities to receive various rewards. As long as players participate in the Sugary-Sweet Käsekuchen mini-event by completing event missions and raising Trust, the character Little Prinz Eugen can be obtained for free. As for the Tales From the Count’s Castle mini-event, 2 new missions will unlock every day until May 4th. Players can get the exclusive furniture “The Count’s Castle” by completing all the missions. Additionally, players can experience the event story from the 4 newly updated maps. Meanwhile, event points will be rewarded to players when they clear each map. Also, the SP map will be unlocked once the D3 map is cleared. SP is limited to 1 attempt per day and grants 800 event points per clear. The EX stage will also be unlocked once SP is cleared.

Commander, the Rondo at Rainbow's End event has begun! Emden has put on her beautiful dress for the upcoming party~

Various fresh faces are encountered in “Rondo at Rainbow’s End”. Three Super Rare characters have arrived: Seydlitz, Emden, and Lützow. Seydlitz, as a representative battlecruiser from Iron Blood, has skills that allow her to tank most of the damage received by Iron Blood Main Fleet ships. Additionally, there are 3 Elite characters: Thüringen, Yorck, and Elbing. Thüringen, as the only battleship in this update, is able to use her barrage to debuff enemies and enhance the damage dealt by Iron Blood members.
Amongst them, the super rare character Seydlitz is obtainable in the limited construction, shop exchange, and as a drop in the event map. In addition, the elite character Thüringen can be obtained through accumulated Training Pts. The remaining 2 newly added super rare characters and 2 elite characters enjoy the limited-time rate up in the construction pool.

New furniture sets—The Count’s Castle and the Gear Skin Box (Blood Moon) are available for purchase. Furthermore, the Crimson Offering Lucky Chalice, which contains 1 random skin, 2022 gems, 20 cubes, and many more rewards is also obtainable.
“Rondo at Rainbow’s End” brings up to 11 new skins which include “White-Black Partita” (L2D) for Emden, “Everlasting Blood Banquet” (L2D) for Lützow, and “The Throne of Misfortune” for Elbing. During the event period, players can earn 2 rental outfit vouchers that can be applied to the above three skins. Moreover, Blood Moon series skins arrive in the shop, including “Heir of the Vampire Killer” for Seydlitz, “Tidying in the Moonlight” for Thüringen, and “Breaker under the Blood Moon” for Yorck.