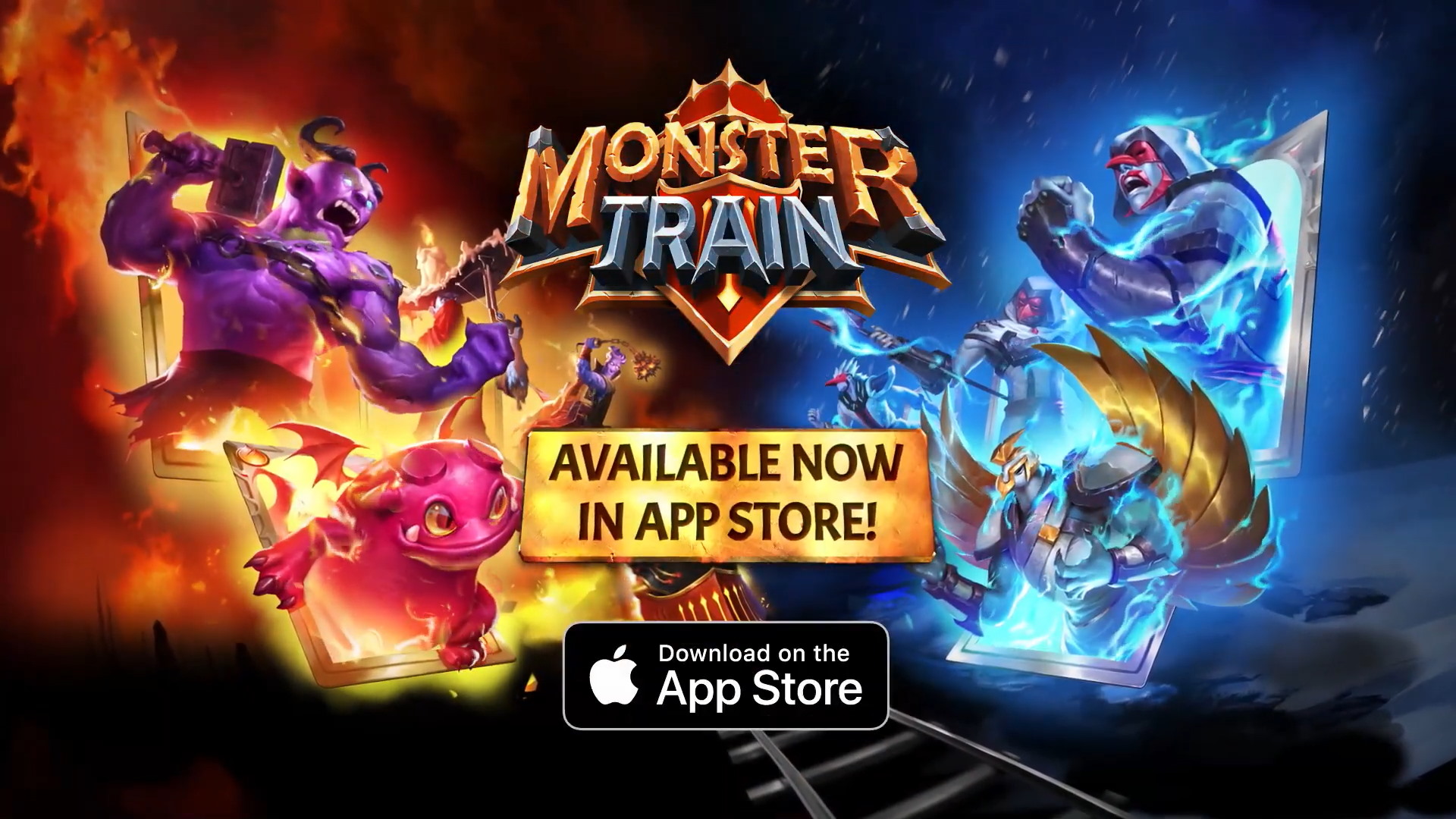 Good Shepherd Entertainment and independent developer Shiny Shoe have released the hit roguelike deck-building card battle game Monster Train on the App Store. The iOS version of Monster Train is available for $9.99 and includes the full base game, the “Wild Mutations” DLC, and a number of bonus cards and units added to the game since its original release. Players looking for an even deeper experience can also purchase “The Last Divinity” DLC, available separately for $3.99.

Set on a train ride to hell, Monster Train is a strategic roguelike deck-building game in which you must defend three vertical battlegrounds simultaneously against the forces of heaven. Choose your route carefully, recruit powerful units, and upgrade your cards and champions to win. With hundreds of cards to unlock, six clans with distinct gameplay to mix and match, and multiple solutions to tackle a variety of tactical challenges, no Monster Train run is ever the same!

Monster Train debuted in 2020 to popular and critical acclaim, appearing on multiple “Best of 2020” lists and receiving a nomination for Strategy/Simulation Game of the Year at the 24th Annual D.I.C.E. Awards. The game is also available on Nintendo Switch, Xbox Series X|S, Xbox One, and PC via Steam, GOG.com, and the Microsoft Store.