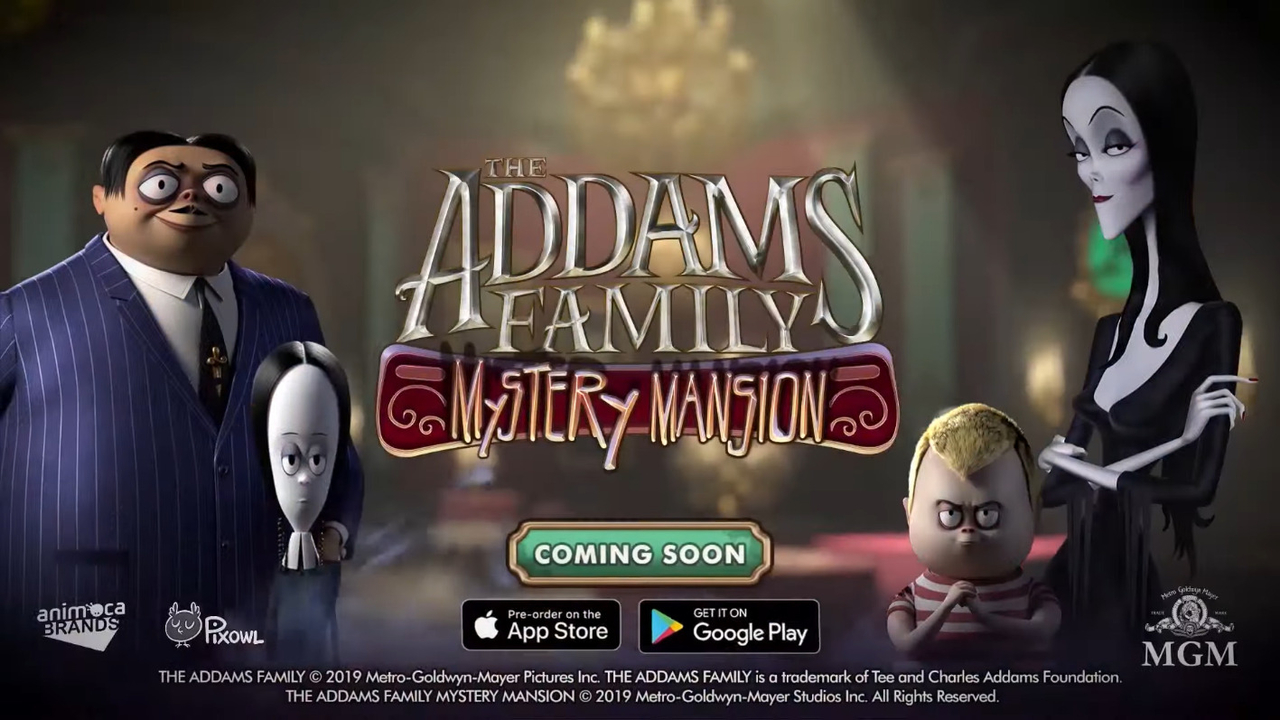 The Addams Family Mystery Mansion is based on the highly anticipated animated movie, The Addams Family, from Metro Goldwyn Mayer (MGM), which opened in theatres worldwide on October 11, 2019. In the game, Morticia and Gomez return to their Mansion after a second honeymoon, determined to start afresh. They need the player’s help to reunite the rest of the family and refurnish their home. Through fun chapters and missions driven by the game’s original story and witty dialogue, players will collect favourite characters from the movie and expand their catalogue of spooky furniture and decorations.

As seen in the game’s launch trailer released today by Pixowl, the game’s narrative is driven by the signature dark humour for which The Addams Family is known. A close and loving clan, they love nothing better than enjoying a family dinner of newt stew or cultivating hobbies such as growing carnivorous plants or collecting torture devices.

“Just in time for Halloween, The Addams Family Mystery Mansion offers players a gruesomely fun building game that’s simultaneously macabre and filled with warmth. The Addams Family is part of our culture and players will have a spooky time with Morticia, Gomez, and the rest of the clan.”

The quality and depth of The Addams Family Mystery Mansion is enriched by the expertise of Pixowl and Animoca Brands. Animoca Brands, one of the leading mobile game developers in Asia, is a PocketGamer Top 50 Global Developer and has a large portfolio of branded IP. Its subsidiary, Pixowl, has produced games for seven major IPs with long lifespans and over 350,000 daily active players. Through events and live operations, Pixowl games provide engaging gameplay for years. Along with its original franchise, The Sandbox, Pixowl’s experience includes working with leading brands including Snoopy, Goosebumps, Garfield, The Loud House, Wonder Park, Ghostbusters, Shrek, and Pac-Man.