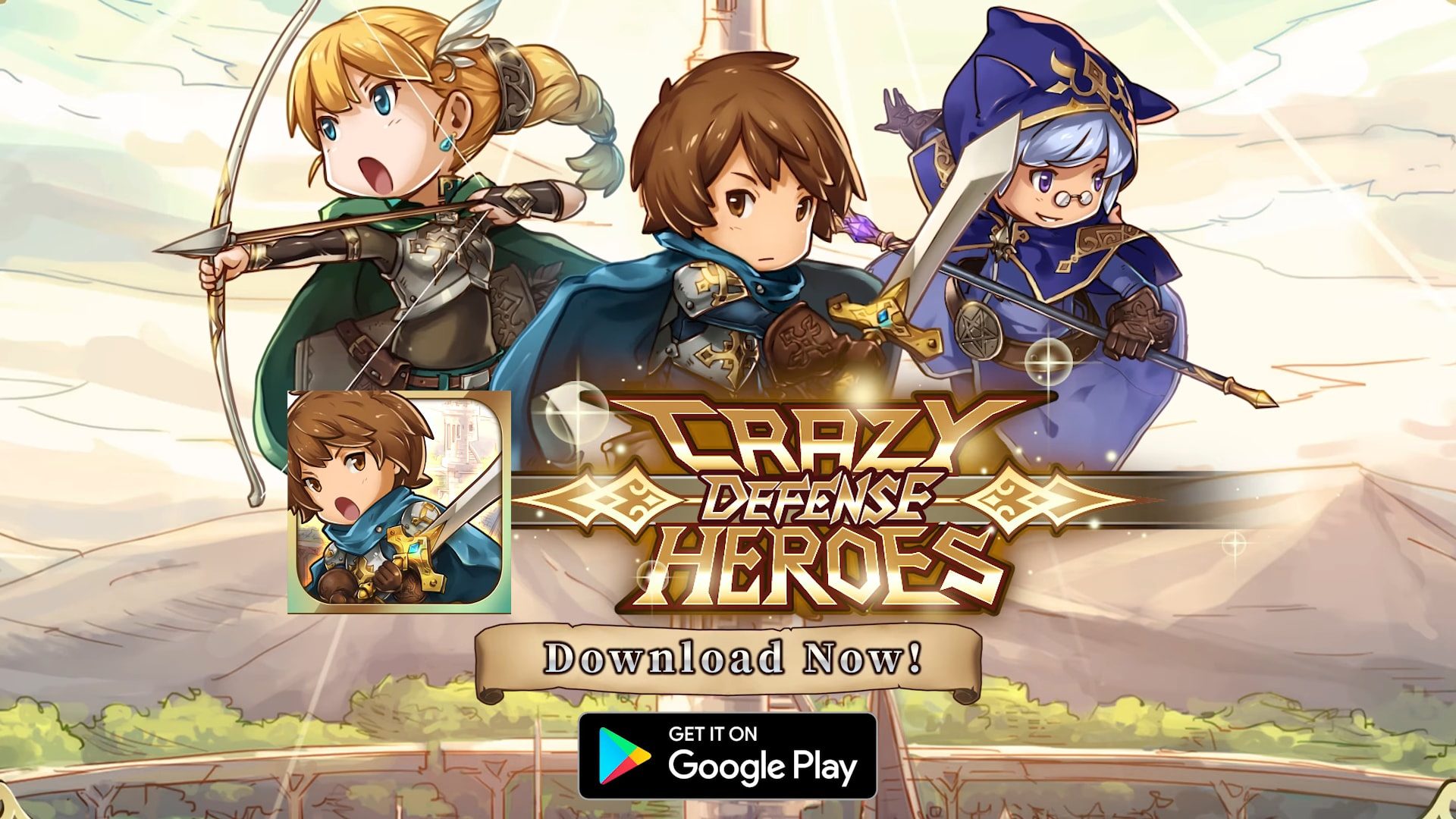 Animoca Brands announces that the Android version of Crazy Defense Heroes has launched on Google Play and is now available globally. Crazy Defense Heroes is the highly successful tower defence and action card fantasy game that is the sequel to the popular iOS game Crazy Kings. Both games are already available on Apple’s App Store, where they have achieved significant success.

In Crazy Defense Heroes, players control an avatar on a series of battlefields that must beat back attacks from orcs, serpent-people, birdmen, minotaurs, the undead, and other hideous enemy factions. The game combines elements from RPGs, card battle, and tower defence games in a fast-paced and highly strategic challenge.

Players must find and collect tower cards used to defend against the onslaught of evil attackers, allowing them to build powerful immobile units with various attacks, range, and abilities in order to cover strategic points of control.

There are also over 20 individually controlled hero characters for players to find and upgrade, as well as gear for their avatar, powerful magic spells, and more. Defensive structures, heroes, equipment, magic, and skills can all be upgraded using resources found as the player explores the game world.

Players of Crazy Defense Heroes must think strategically as they build defences and use magic to blast enemies, slow them down, reveal the unseen, steal their wretched souls, or create other effects to achieve victory against the hordes of evil.

Google Play is not available in China, and Animoca Brands is pursuing separate publishing and distribution opportunities for Crazy Defense Heroes for Android in China.