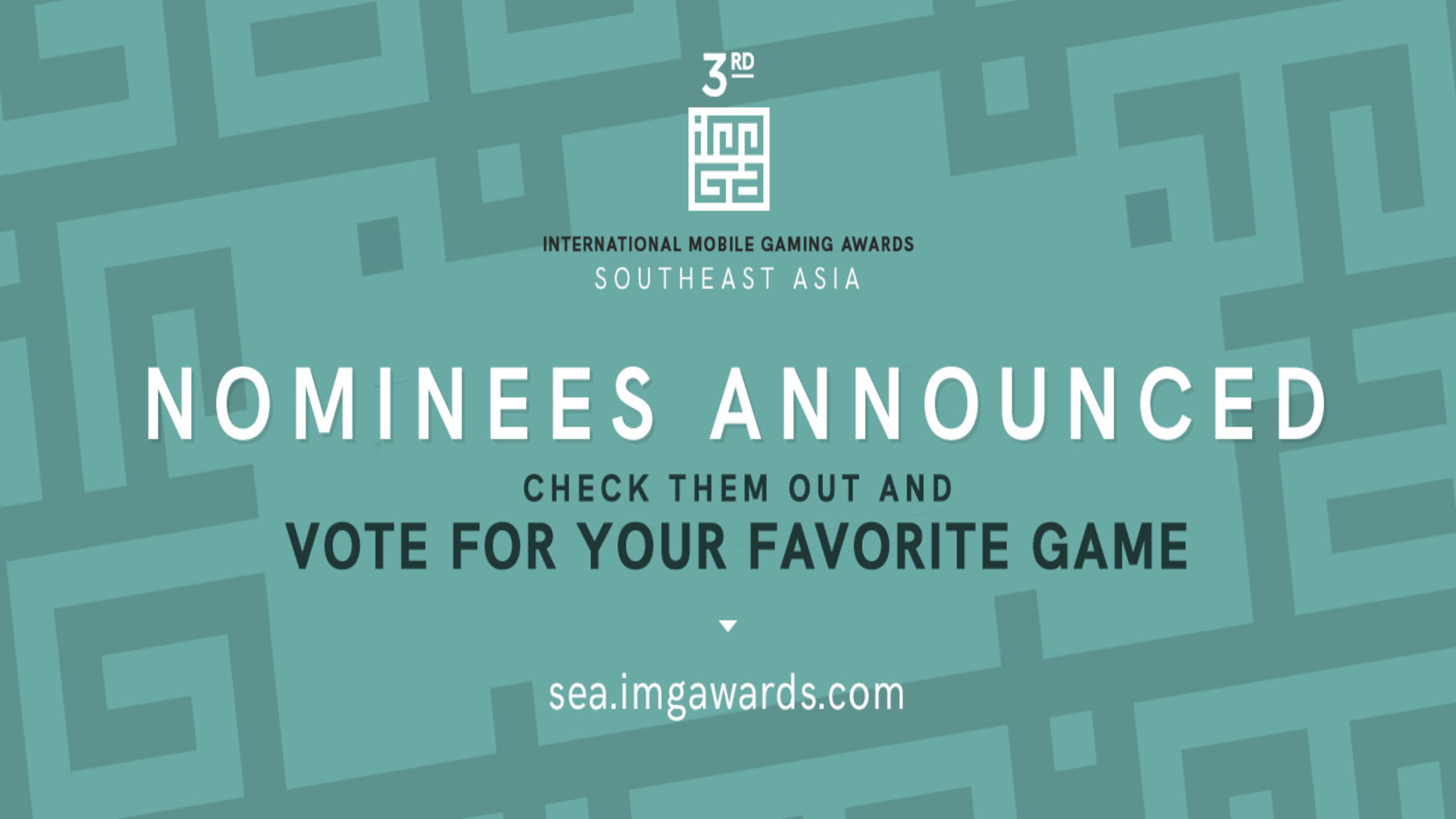 The final nominations for the International Mobile Gaming Awards (IMGA) third competition in Southeast Asia were announced today. A total of 75 games have been selected to compete in this variety of developers and studios in this region. In addition to the jury-selected winners who will be announced later this month, gamers are invited to vote for their favourite game to be the winner of the People Choice Award on sea.imgawards.com. The largest number of submissions this year came from Taiwan, followed by Indonesia. Vietnam and Malaysia were are also strongly represented in this competition.

The 3rd IMGA SEA awards ceremony will be held on October 25th in Manila, Philippines, in association with the Electronic Sports and Gaming Summit (ESGS) 2018 and Gamefest 2018, one of the biggest gaming events in Southeast Asia. The 3rd IMGA SEA is sponsored by MagnaChain, a new public Blockchain and related integration toolset built for game development.

In collaboration with the Game Developers Association of the Philippines (GDAP) and Alto.io, and sponsored by MagnaChain, the IMGA are also announcing the launch of the first Blockchain Games Competition and Summit. This event will be part of Gamefest, a two-day conference that brings the international speakers from the gaming industry to the Philippines and gathers game enthusiasts, designers, and developers from the entire SEA game industry.

The IMGA is the longest standing mobile games award program started in 2004. With its unique judging process, it has recognized some of the world’s most popular titles in their early days, such as Candy Crush Saga and Clash of Clans. It is the only competition that unites the industry by celebrating excellence and innovation in games.