SONKA today announced that the popular emergency response strategy sim 911 Operator is coming to the Nintendo Switch on October 26th. Specifically redesigned to optimize play on the Switch, 911 Operator includes scenarios in over 900 cities worldwide, with real layouts and infrastructure. The clock is ticking and lives are at stake!

Players assume the role of an emergency dispatcher who must rapidly deal with incoming reports. Your task is not just to pick up the calls, but also to react appropriately to the situation: sometimes giving first aid instructions is enough, at other times a police, fire department or paramedic intervention is necessary. The person on the other end of the line may be a dying daughter’s father, an unpredictable terrorist, or just a prankster. 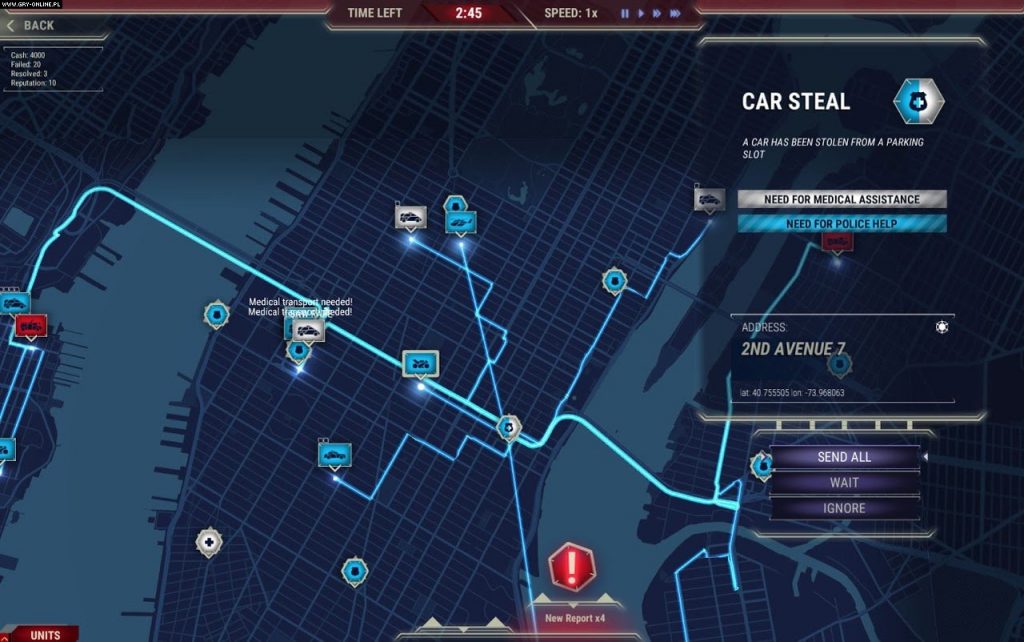 911 Operator lets you put your patience and management skills to the test, whether you’re eager to save lives on the go or want to give out orders from the comfort of your couch with a Pro Controller. The Free Play mode lets you choose a city to play with real streets, addresses and the emergency infrastructure, or attempt the Career mode, which contains six cities with unique events, including surviving an earthquake in San Francisco and saving Washington, D.C. from bomb attacks. Deploy emergency response teams from the police, fire department and paramedic units at your disposal, such as a variety of vehicles from common ambulances to police helicopters, essential equipment like bulletproof vests, first aid kits and technical tools, and specialists with specific abilities.

Key features of the game include: