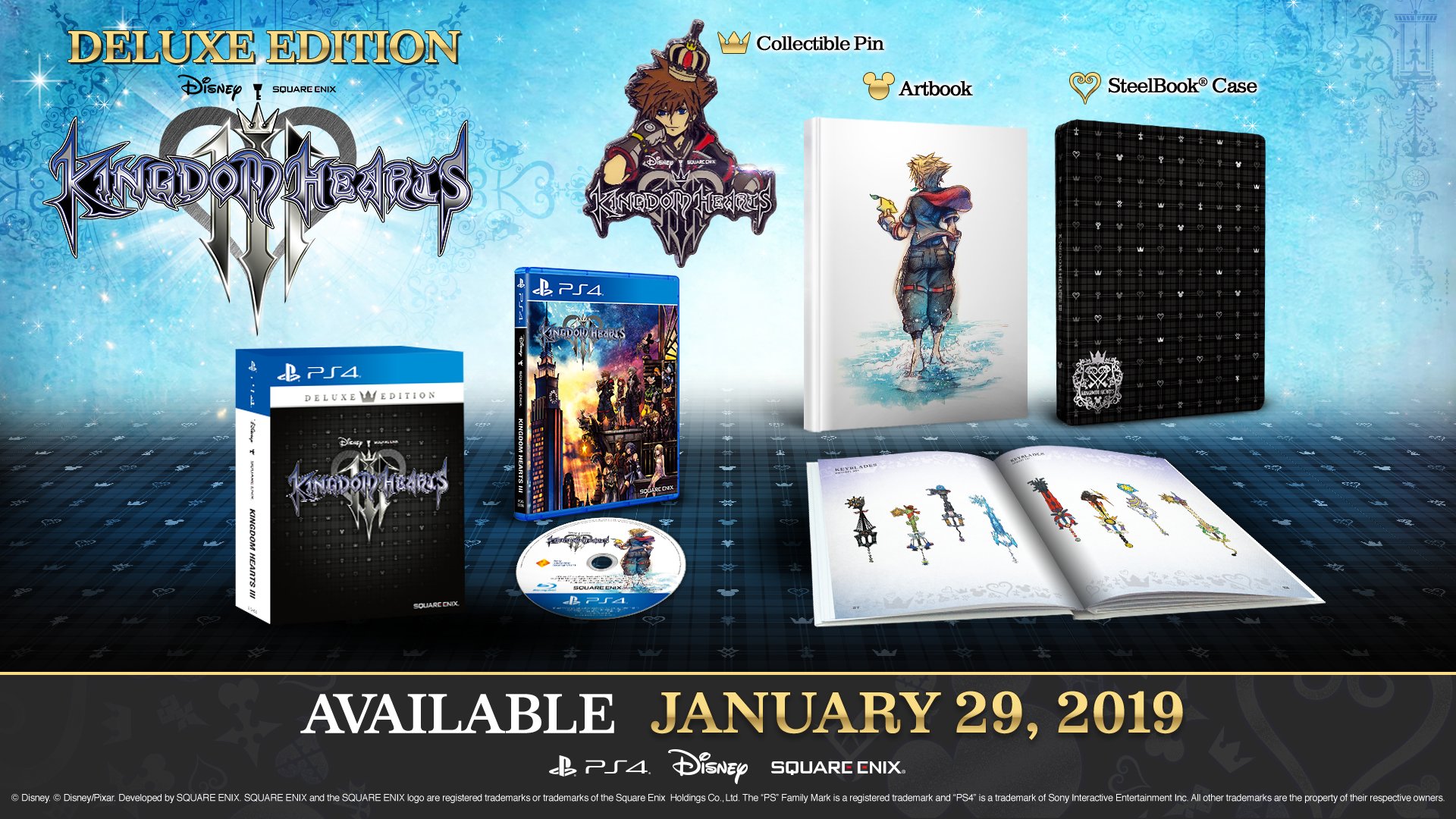 Early Purchase Bonus
Digital Standard Edition and All-in-One Package Only
PS4™ Custom Keyblade for KINGDOM HEARTS III
*The weapon (Keyblade) may be available for purchase as a downloadable item in the future.
*Early purchase bonus is a limited offer until one month after the release of the game.

Sadly there no information from Sony regarding the Kingdom Hearts III limited edition PS4 console…. 🙁