Tear down the walls with physics!

With a mix of platforming, exploration and physics, bring down those walls with collected rubble. You then convert your rubble, turning it into weapons which include blades, throw-able javelins, a drill, a big wrecking ball and also to assist in platforming. Making use of the puzzling level design physics to bring down not only the walls but your enemies as well. Time it just right and victory is by your side. But it’s not so simple as there will be some nasty bosses to fight.
The music score is composed by video game composer, Shinij Hosoe,(Ridge Racer and Tekken). 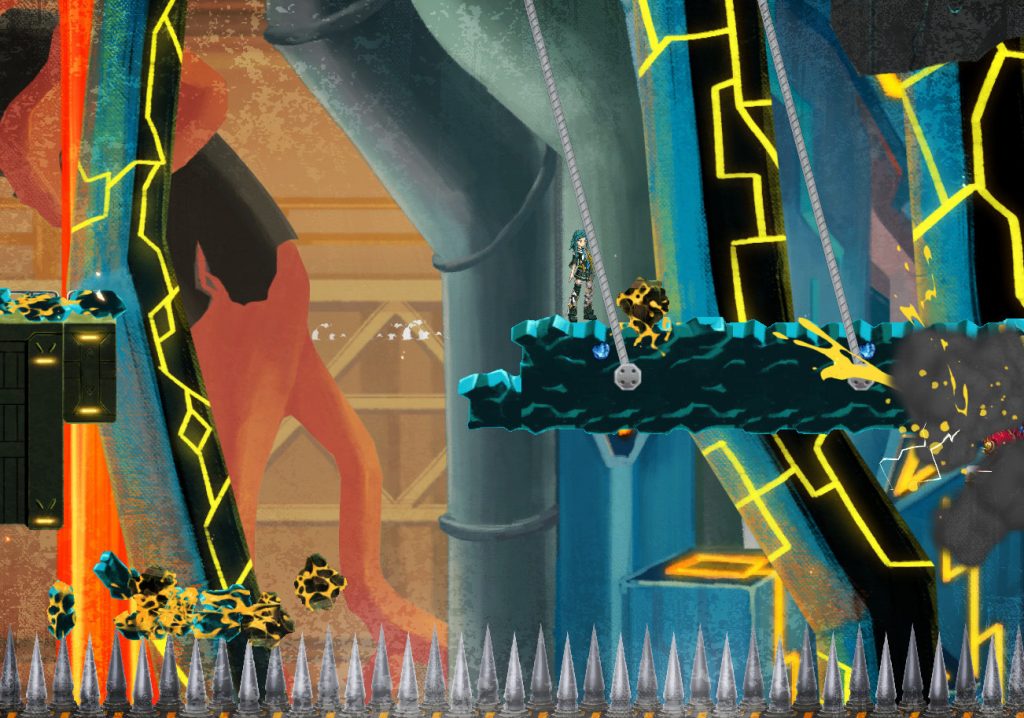 The game is expected to release digitally for Nintendo Switch, Xbox One and PlayStation 4 but publisher Limited Run Games does have plans to release a physical version of the game for both PS4 and Nintendo Switch. Expect more, stay tuned.