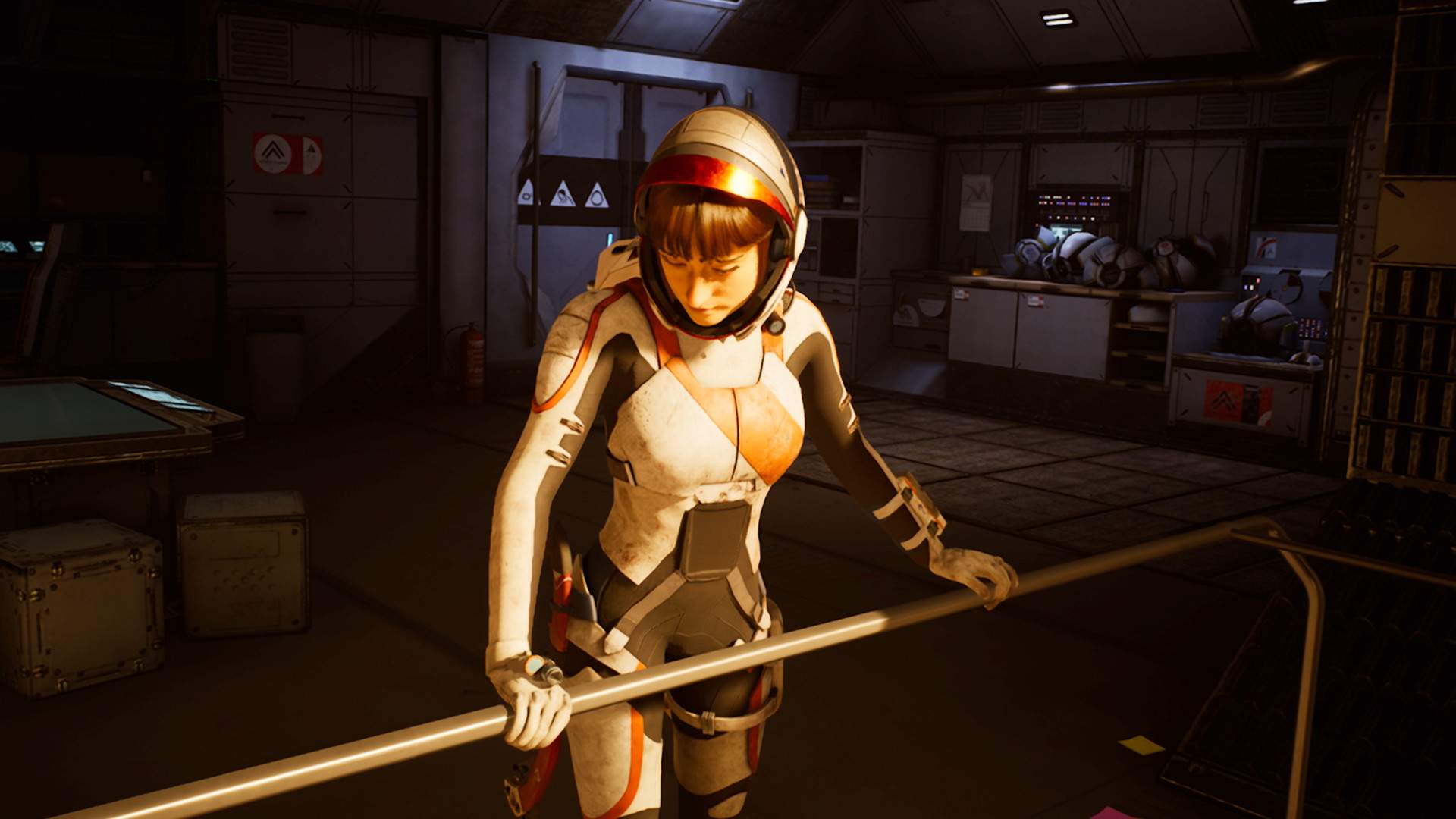 Learn about the emotional conflict that drives sci-fi adventure game Deliver Us Mars in the game’s third and final dev diary, ‘A Family Divided’. In Deliver Us Mars, protagonist Kathy Johanson joins a mission to Mars to help save planet Earth – but as this video explores, she’s not alone on the Zephyr space shuttle. Among the crew is her older sister and superior, Claire Johanson, and their complicated past is a source of tension throughout the game’s story.

Both Kathy and Claire were abandoned by their father, Isaac, years earlier as he joined the organization known as Outward on their journey to Mars – leaving the rest of mankind behind to suffer on a dying planet. In the present day, Kathy and Claire follow in his footsteps to Mars, but both bring their own baggage to the mission. While Kathy misses Isaac and seeks closure for their relationship, hoping to find him alive on the Red Planet, Claire deeply resents her father for leaving his family behind and has anything but reconciliation in mind.

Despite this, both sisters have the same goal: bring home the ARKs, enormous spaceships which are capable of reversing the Earth’s climate change-induced environmental decline. Their relationship forms just one plotline within Deliver Us Mars’ rich and complex narrative, which firmly builds on developer KeokeN Interactive’s work on Deliver Us The Moon, the first game in this series.

Published by Frontier Foundry, Deliver Us Mars launches on February 2nd for PlayStation 5, PlayStation 4, Xbox Series X|S, Xbox One, and PC via Steam and the Epic Games Store. Deliver Us Mars is available to pre-order now across all platforms for a suggested retail price of £24.99/$29.99/€29.99, while the PC-only Deluxe Edition featuring the base game and the original soundtrack is also available to pre-order for a suggested retail price of £29.99/$34.99/€34.99. Players can purchase any version of the game until launch and receive a 10% discount*.