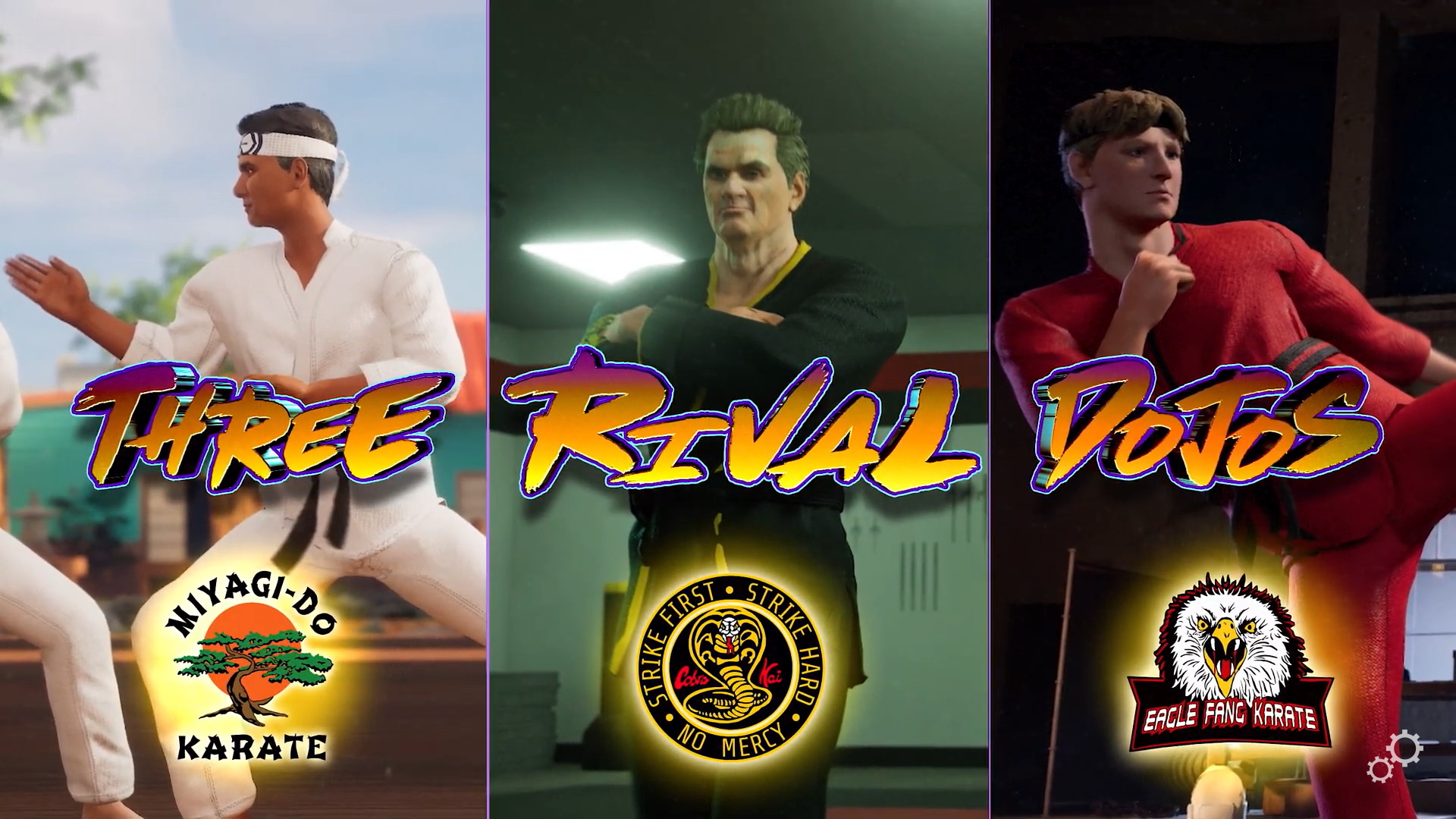 Cobra Kai 2: Dojos Rising, the new video game inspired by the hit action-comedy series, is now available on PlayStation 5, PlayStation 4, Xbox Series X|S, Xbox One, Nintendo Switch, and PC via Steam for $49.99. Experience the intense rivalry and pulse-racing action at the heart of the Cobra Kai saga. Go blow-for-blow in bare-knuckle battles with and against your favorite characters as you lead your chosen dojo and team of highly skilled fighters to secure your legacy as the Grand Champion of the All Valley Tournament!

Fans can also grab the Nemesis Edition of Cobra Kai 2: Dojos Rising exclusively through the PlayStation Store, Microsoft Store, Nintendo eShop, and Steam for $59.99. The Nemesis Edition lets you play as any of five enemy boss characters in All Valley Tournament Mode: Hammer, Bo, Gabriel, Skeleton Lord, and Terry Silver! It also adds a bonus jukebox feature so you can listen to your favorite tracks from the game’s original score by official Cobra Kai composers Zach Robinson and Leo Birenberg.

Get in Hawk’s way at your own risk. Are you ready for Cobra Kai 2: Dojos Rising coming tomorrow? Pre-order now at https://t.co/rFAZaqgDRB #CobraKaiDojosRising,#CobraKaiGame pic.twitter.com/cPMKwZLNLb

Take charge of your destiny in this co-op beat ’em up, Cobra Kai: The Karate Kid Saga Continues coming to the Playstation 4, Xbox...