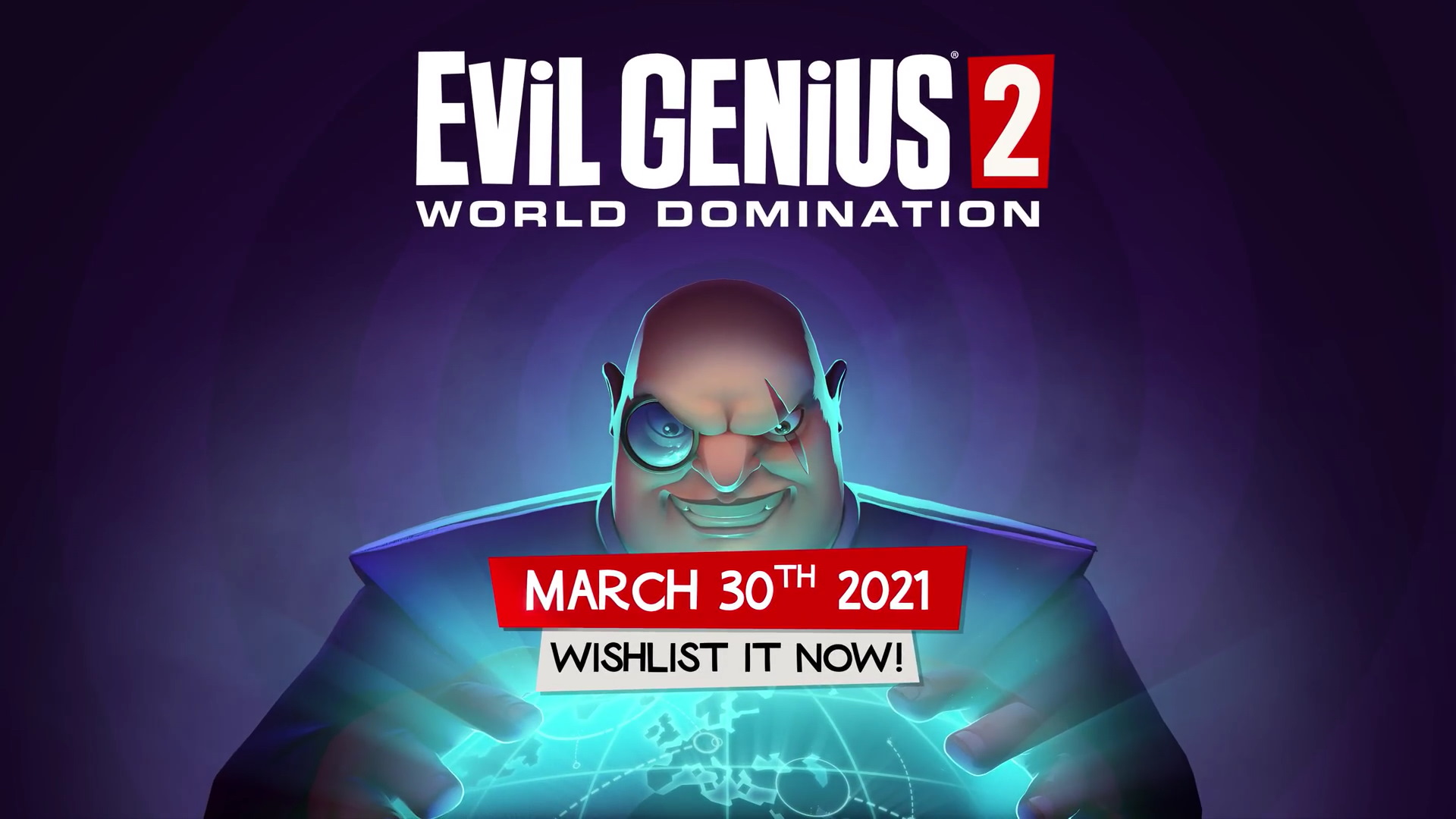 No, Mr. Bond, I expect you to buy Evil Genius 2: World Domination when it launches March 30, 2021, on Steam as announced by Rebellion Developments.

Evil Genius 2 will take over the world with its secret weapon of excellent strategy simulation in just two months’ time.

Developed and published by Rebellion (Sniper Elite 4, Zombie Army 4), Evil Genius 2 lets you live out your dreams of being the bad guy. Build your secret island lair, recruit and train a workforce of loyal minions and powerful henchmen, defend your base from the Forces of Justice and dominate the world stage.

• Three island locations – choose where to build your supervillain HQ from three island paradises, each with their own gameplay challenges. From the outside your base looks like a beautiful casino resort, but behind closed doors lies all manner of unimaginable evil.

• Intuitive lair-building – design, build and customize your lair as you see fit. With modern base-building mechanics and loads of gameplay features totally new to the series, including multiple-floored lairs, strategy fans will feel right at home with Evil Genius 2.

• New rooms, henchmen, agents, traps and more – as showcased in today’s trailer, Evil Genius 2 features tons of menacing characters and devilish contraptions to use in your lair. From the deliciously fatal Sushi Chef to the always famished Venus Spy-Trap, you have a huge number of ways to stop the Forces of Justice from foiling your dastardly plans.

• World domination 2.0 – Take to the world stage and execute your campaign of total supremacy. Send your minions and henchmen on missions across the globe as you exert your influence and control over world regions. Complete lucrative schemes, expand your criminal network, recruit new henchmen and steal all manner of useful loot – from the Doors to Fort Knox to a living, breathing dodo.

• [CLASSIFIED] – There are loads of fiendishly exciting surprises on the way in the coming weeks – including a mode we’ve not yet talked about… stay tuned for more soon.