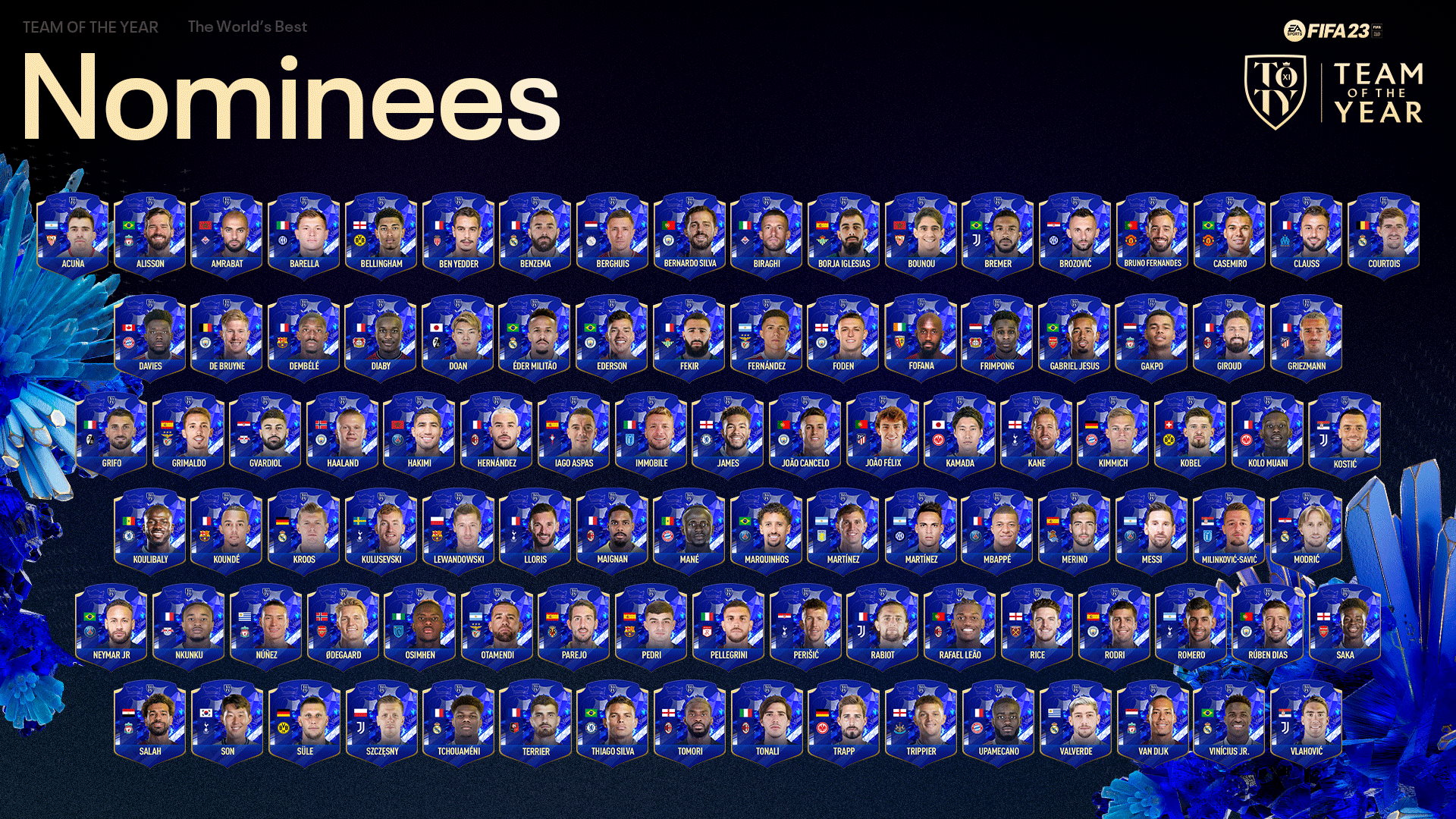 EA SPORTS has released the official list of nominees for the coveted Team of the Year (TOTY). The shortlist includes the best players from across the globe, with fans having their say on who deserves a spot in the prestigious TOTY XI.

Voting is now live for the EA SPORTS FIFA 23 Team of the Year (TOTY)! Starting now and closing Tuesday, January 17th at 3am EST / 7:59am GMT / 8:59am CET, fans can vote HERE to elect who they believe should be in this year’s TOTY XI.

We are LIVE for the official #TopBinsLive TOTY vote! 🚨 🗳️

The shortlist includes a variety of players across football, including familiar names like Ballon D’or winners Luka Modrić, Karim Benzema, and Lionel Messi, while also featuring young stars such as Jude Bellingham, Bukayo Saka, and Aurelien Tchouameni. Players who also emerged as stars for their country in the 2022 World Cup have found their way onto the list, including standout Moroccan goalkeeper Yassine Bounou and CDM Sofyan Amrabat. 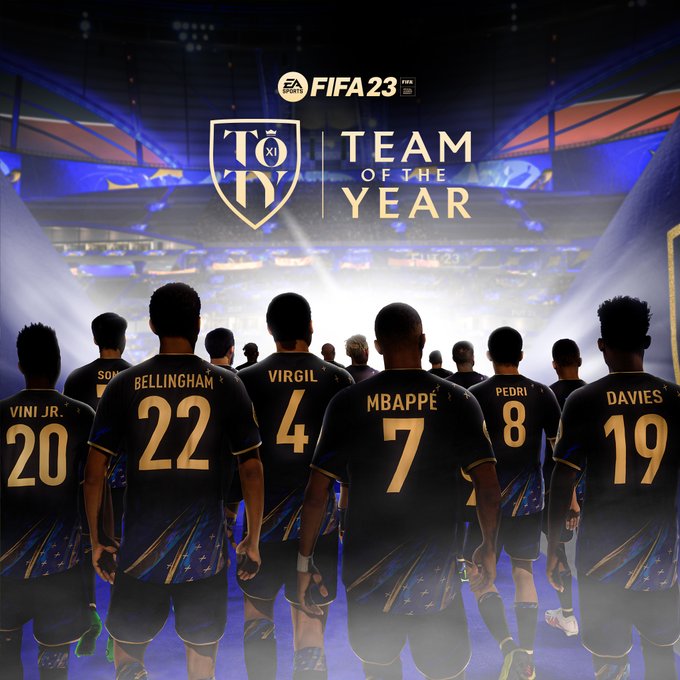 As mentioned earlier, voting is now live and fans can vote HERE and closes Tuesday, January 17th at 3am EST / 7:59am GMT / 8:59am CET, so take the time to evaluate who you believe is worthy of making the final TOTY roster, which will be unveiled on Thursday, January 19th.

FIFA 23 is developed by EA Vancouver and EA Romania and is available worldwide on PlayStation 5, Xbox Series X|S, PC, PS4, and Xbox One.