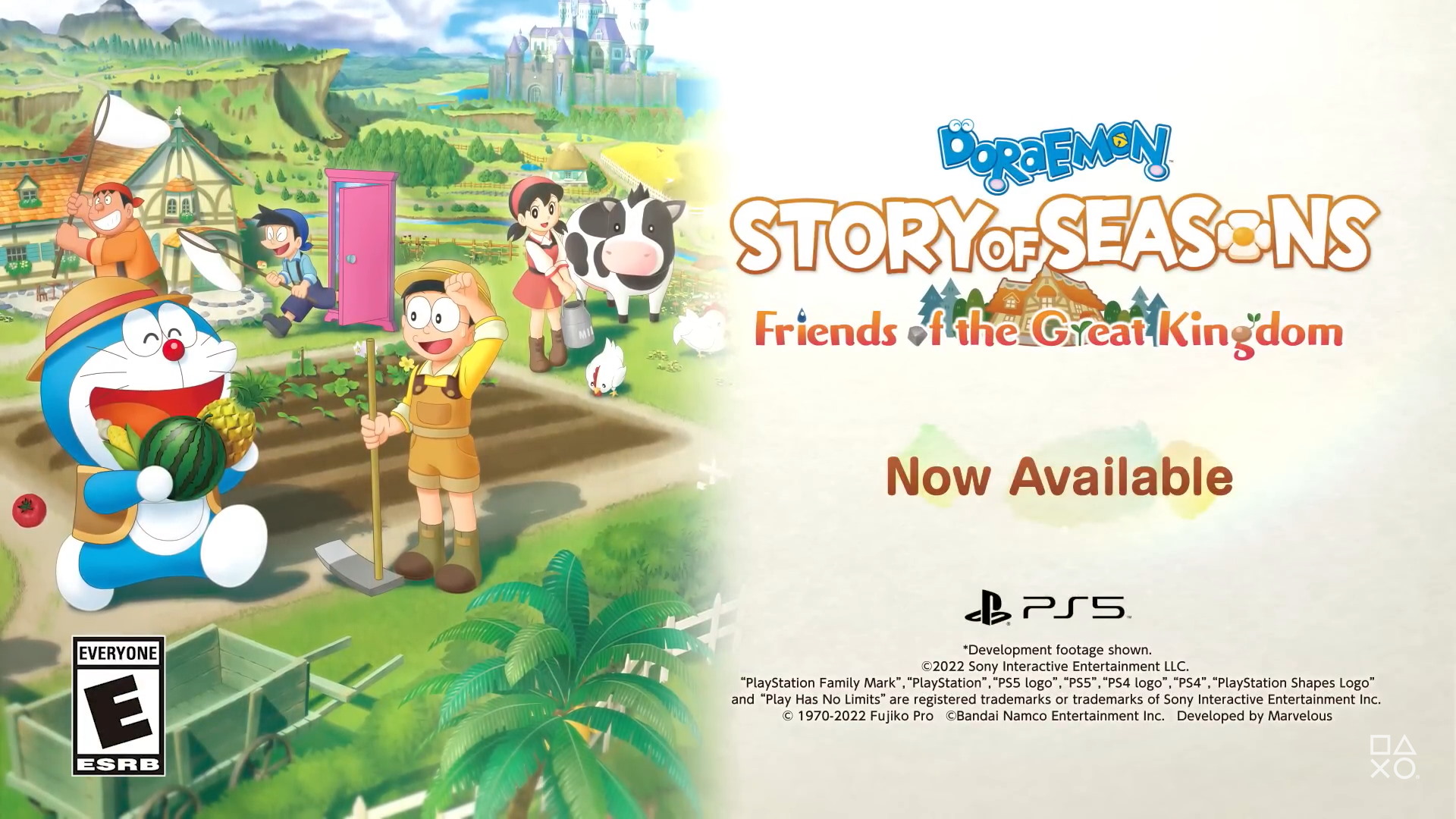 Doraemon Story Of Seasons: Friends Of The Great Kingdom Sprouts Onto Consoles And PC

Bandai Namco Entertainment has announced the launch of DORAEMON STORY OF SEASONS: FRIENDS OF THE GREAT KINGDOM – the latest entry in the farm simulation series known for its popular mascot and engaging world – on Nintendo Switch, PlayStation 5, and PC via STEAM. The title is available in Standard Edition, Special Edition for consoles which include the game’s Season Pass with Costume and Furniture Sets, and Deluxe Edition for Steam which includes Special Edition items plus a digital soundtrack. Also released is the game’s “Winter Tales” DLC pack, which is also available for purchase and is included in the game’s Season Pass.

In DORAEMON STORY OF SEASONS: FRIENDS OF THE GREAT KINGDOM, players can experience the game in single-player mode or multiplayer with a friend in offline “couch” co-op, teaming up to build their farms and enjoy activities together such as harvesting crops, tending to animals, or going fishing. Friends can also connect online to view other players’ farms, and read their in-game message bottles. The sequel delivers unique gameplay with more than 80 Doraemon’s Secret Gadgets, such as the “Hopter” to fly up into the clouds, and the “Adapting Ray” to go underwater and harvest pearls.

DORAEMON STORY OF SEASONS: FRIENDS OF THE GREAT KINGDOM builds on the qualities that set this series apart as a charming anime-inspired farming game with an emotionally fulfilling story, and set in a visually engaging fantasy world – We hope fans will enjoy this latest adventure bringing back Noby, Doraemon and their friends, and featuring an all-new story and exciting new gameplay.

DORAEMON STORY OF SEASONS: FRIENDS OF THE GREAT KINGDOM brings back the beloved Doraemon with an original heartwarming story. Players guide Noby, Doraemon and their friends as they set up their farm on the remote planet Illuma, experiencing casual farm simulation gameplay set against a picturesque landscape with realistic natural elements such as wind, light, and seasons.