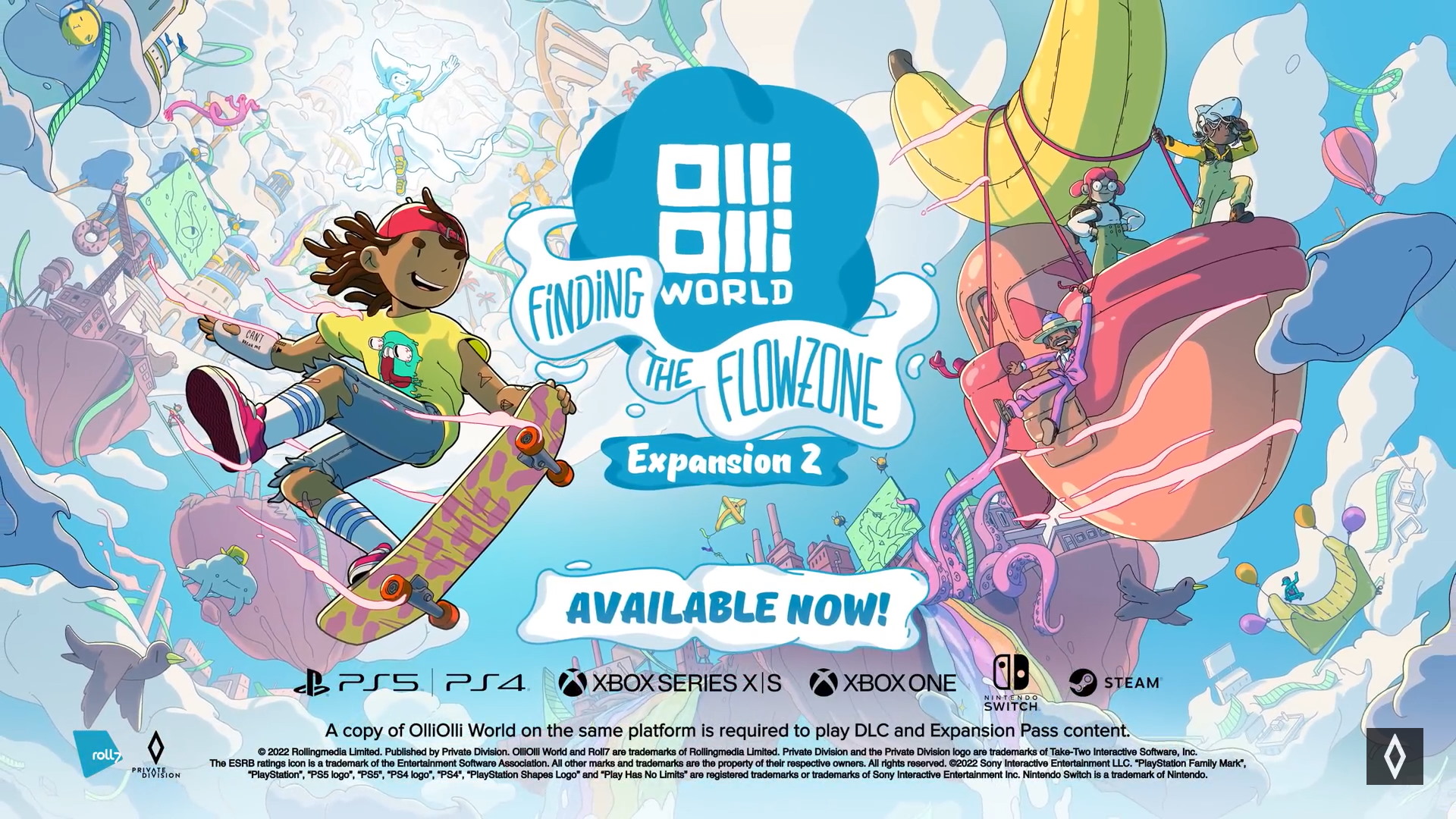 Fortune and kickflips, kid – glide and grind above the clouds as you ride the winds to the lost skate-cropolis in the sky: Radlantis. Journey through the five Flowzone Layer regions: from the cotton candy clouds of Cirrus through the lucid midnight woods of Cumulus on your quest to the lost city in OlliOlli World’s final expansion!

Join the fearless Radmospheric Three – Squid, Licht, and Professor Planks – unified to prevent B.B. Hopper the business frog from exploiting the rumored hidden city in the sky. As you traverse these incredible heights, collect map pieces unlocking the path to the legendary lost island built by the skate gods themselves. Courtesy of the tempest skate god Gail Force, ride the new Windzones to perform the gnarliest aerial tricks. Get ready to embark on the raddest quest in OlliOlli World’s final ascending adventure: Finding the Flowzone!

Share
Facebook
Twitter
WhatsApp
ReddIt
Tumblr
Telegram
LINE
Previous articleEA Sports Gives The Community A Chance To Settle The Ultimate FIFA Soundtrack Debate Once And For All
Next articleDoraemon Story Of Seasons: Friends Of The Great Kingdom Sprouts Onto Consoles And PC

Rollerdrome Review – Are You Not Entertained?