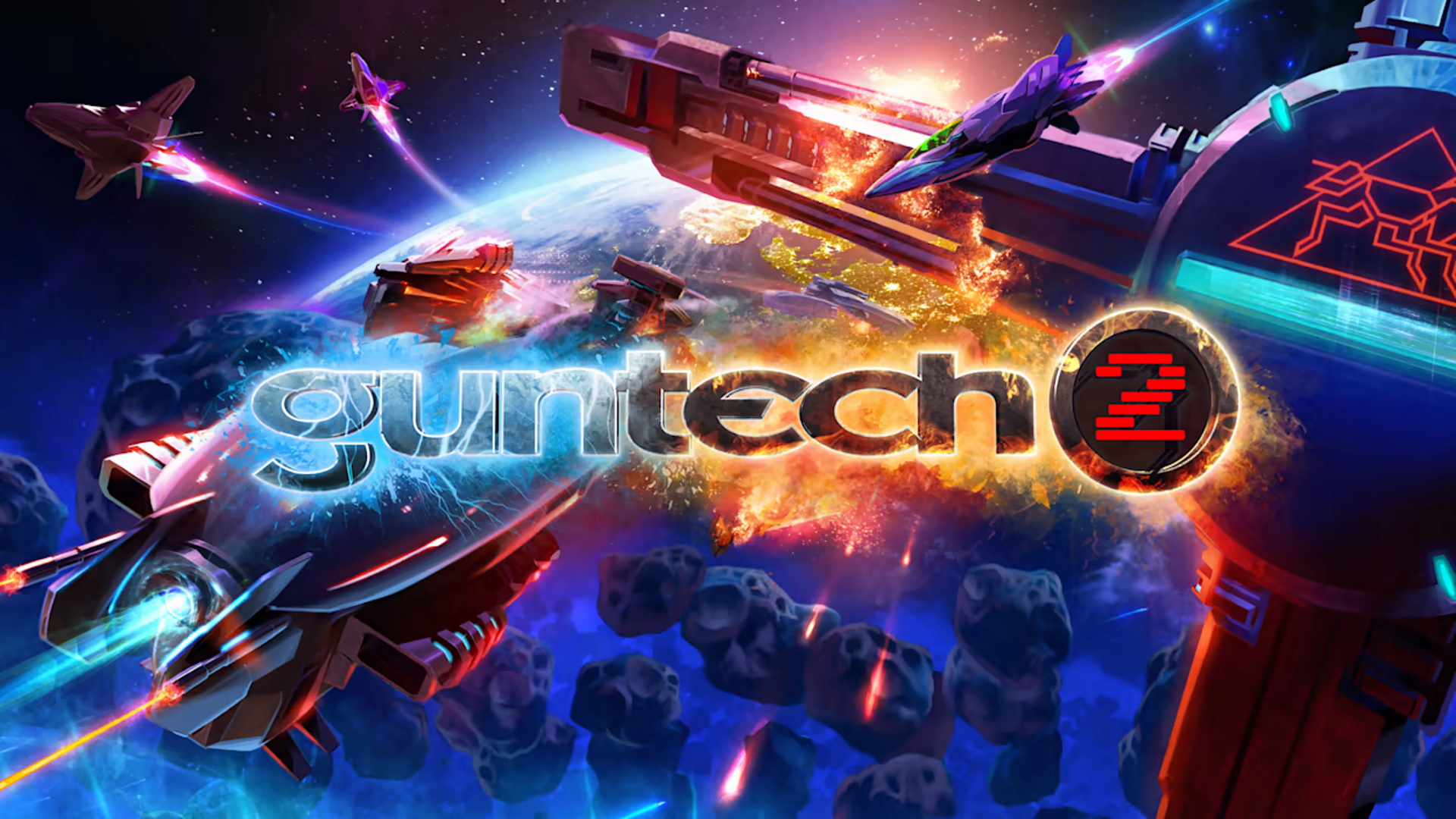 Veteran game developer Jani Penttinen has announced the worldwide release of Guntech 2 to the Nintendo Switch featuring old-school classic shooter fun in a fast, frantic, and action-packed gameplay experience inspired by famous titles such as Thrust, Oids, Geometry Wars, and Asteroids. You can play in single-player or couch co-op mode with up to 4 players. Its retro-style twin-stick controls, amazing graphics, smooth gameplay, and phenomenal audio offers players the ultimate blast from the past on a modern system.

Guntech 2 challenges you to beat levels of hardcore action with epic boss battles at the end! You play using the Left Stick to steer and thrust your ship and the Right Stick to control the railgun. Your craft has a total of three different weapons. The L Button and R Button fire the two additional, more powerful weapons, which always fire in the direction of your ship’s nose. This allows you to shoot in any direction using the railgun, with extra firepower when you position your ship toward the enemy. There are 20 different weapons included in the game, and the weapons have different characteristics, and it’s up to you to figure out which works best for your playing style and any level. You can acquire new weapons between levels, but you can switch freely between the owned weapons during the gameplay.

Guntech 2 offers five distinct worlds to beat: Tutorial, Virus, The Dark Worlds, Space Jungle, and Cargo Hauler. Each world has eight levels plus a boss level at the end. Additionally, there are seasonal levels that are funny and silly little missions themed for seasons like Christmas and Halloween. You have a fresh set of lives for each level. Each level has three different goals. The first is mandatory for passing the levels and will earn you one star. The other level goals will earn you additional stars, and you can try to clear all levels to 3-star results.

Guntech 2 Is Coming To Steam!