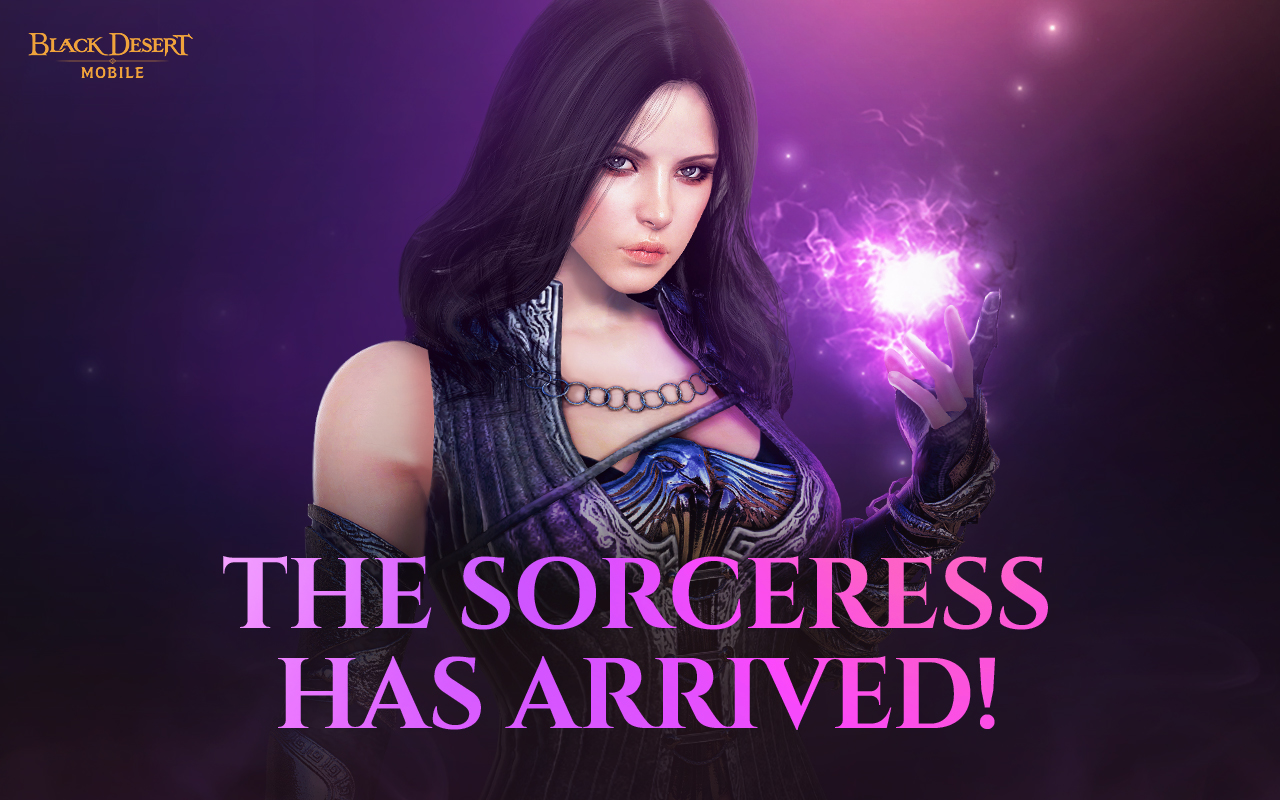 Armed with her Amulet and Talisman, the Sorceress dominates the battlefield with a combination of melee and ranged attacks that allow her to perform critical hits while maneuvering around the battlefield at blinding speed.
Adventurers can employ skills such as Phantom Crash to quickly dash forward and strike their targets, or Wrath of Chaos, a teleporting attack paired with a devastating explosion of dark energy.

In addition to a new class, the Enchantment system has also been introduced to Black Desert Mobile. Adventurers can now enchant weapons and armor using Magical Residue, which is produced when the Black Spirit absorbs certain grades of weapon and armor. Various in-game features such as attack points, defense points, and speed are enhanced when the enchantment is completed successfully.

Pearl Abyss will be hosting the very first “Black Desert Mobile World Championship – Ramoness!” from February through March this year.
Those who wish to participate are required to recruit team members and then post a thread here.
Adventurers have until February 2 to get their submissions in.
Teams that advance to the later rounds will be awarded Pearls and special titles.